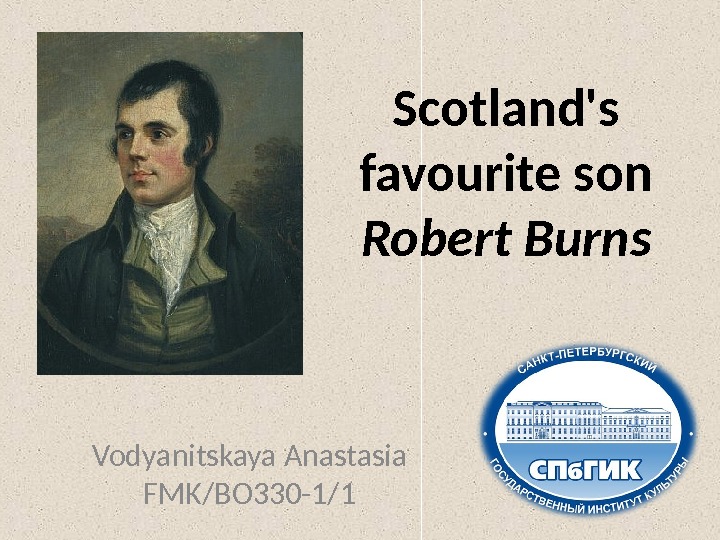 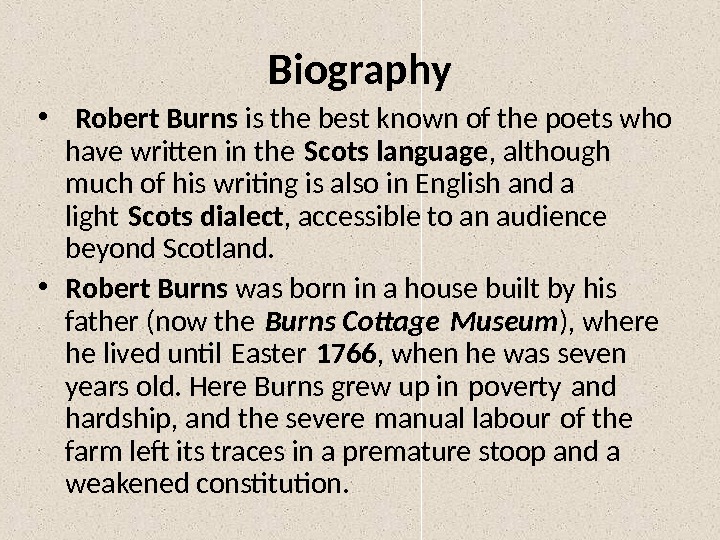 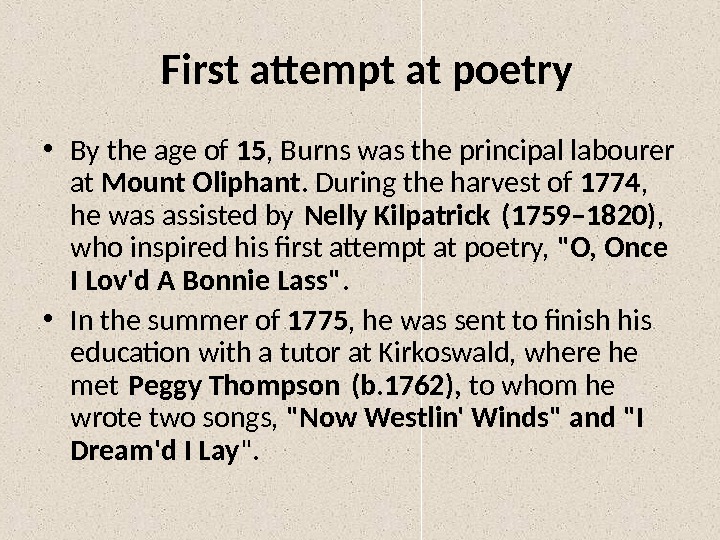 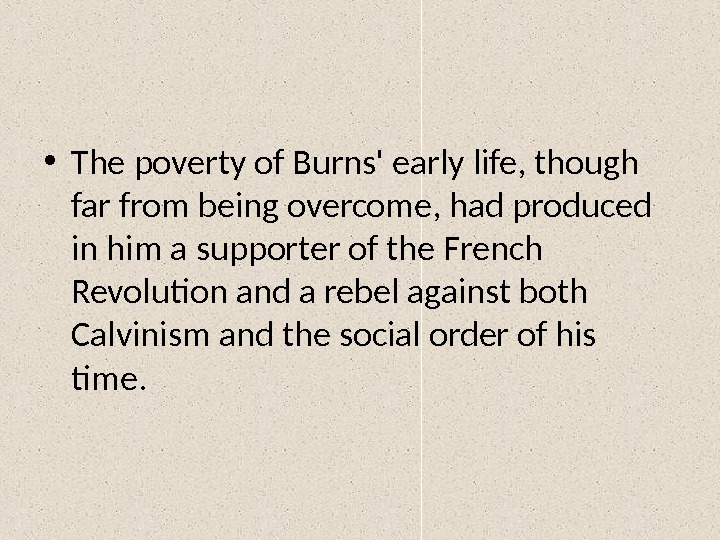 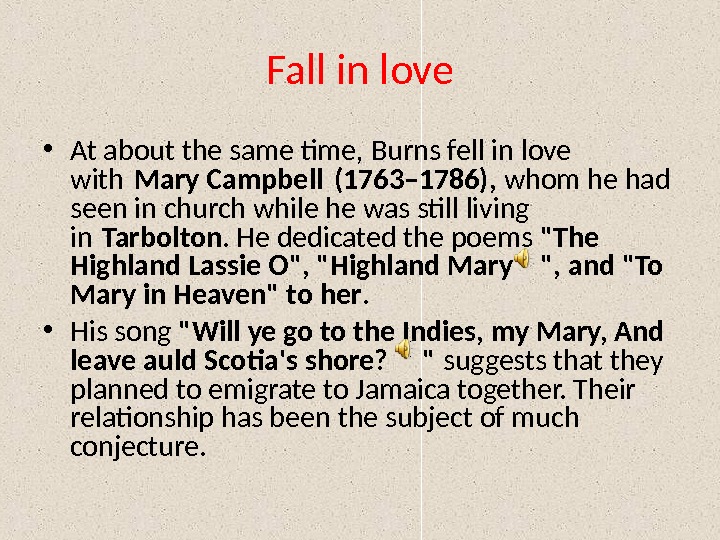 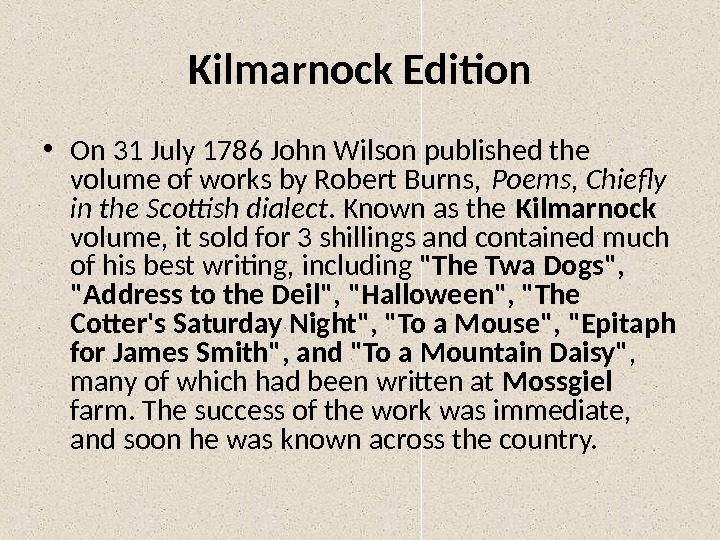 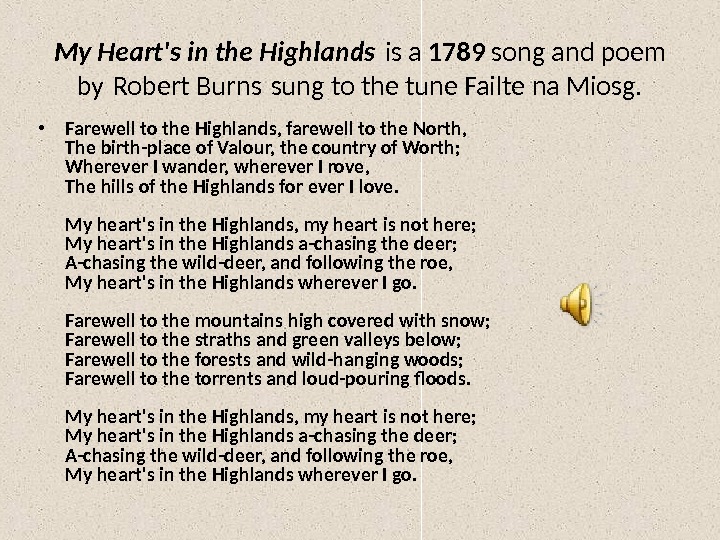 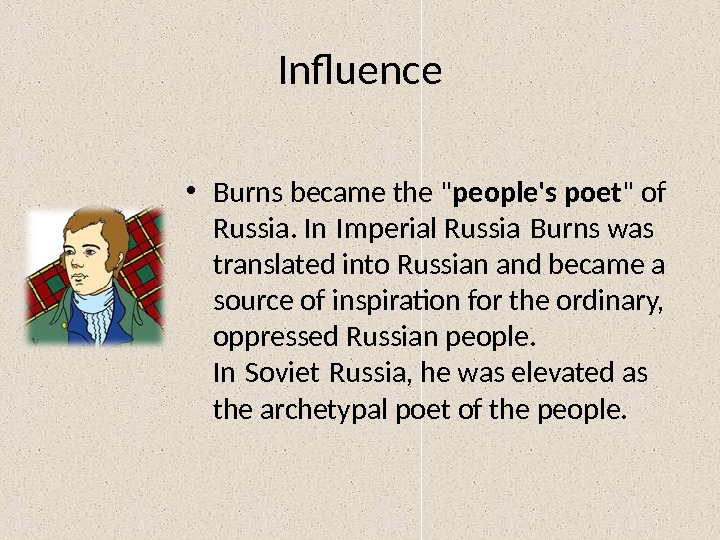 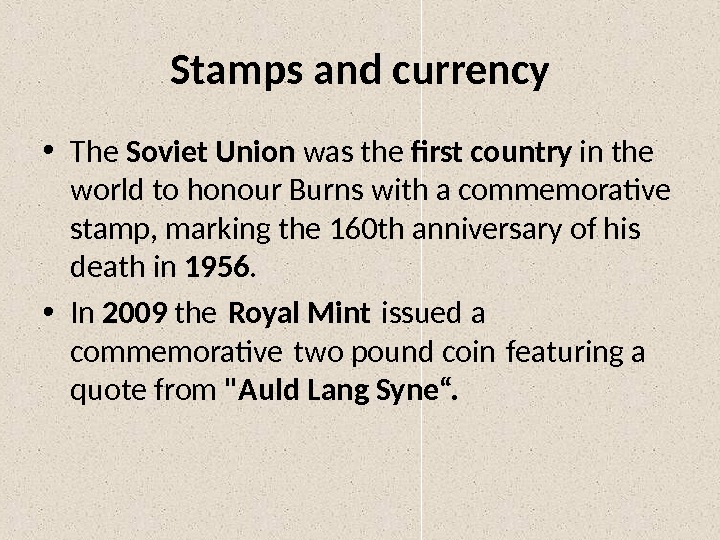 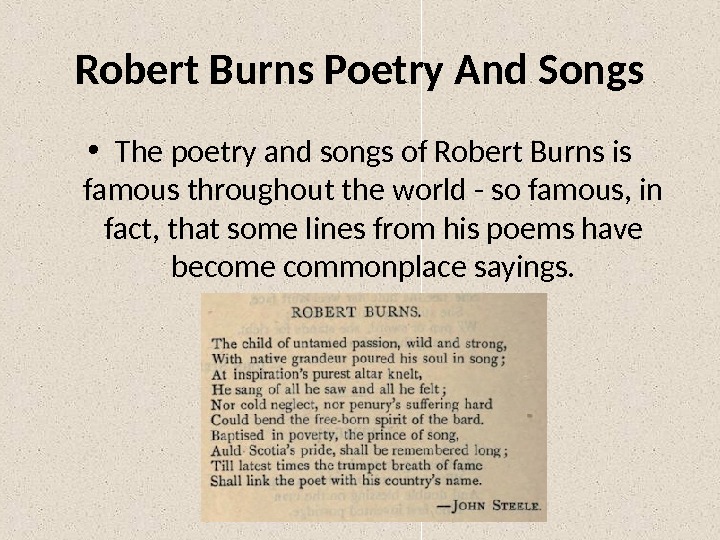 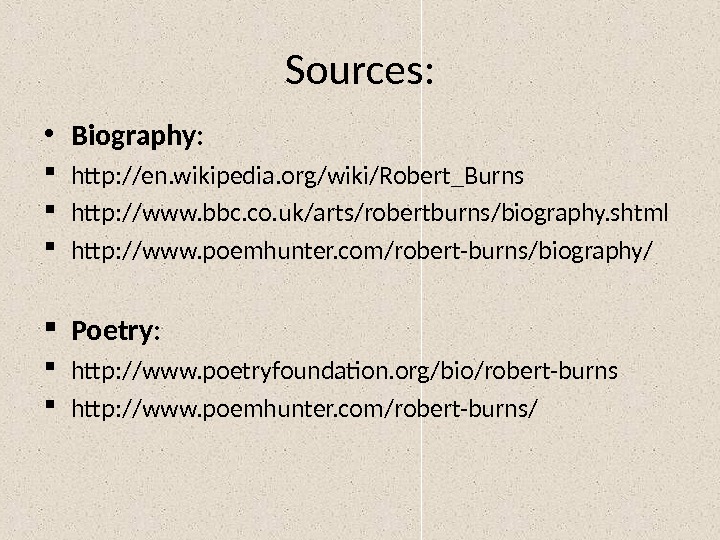 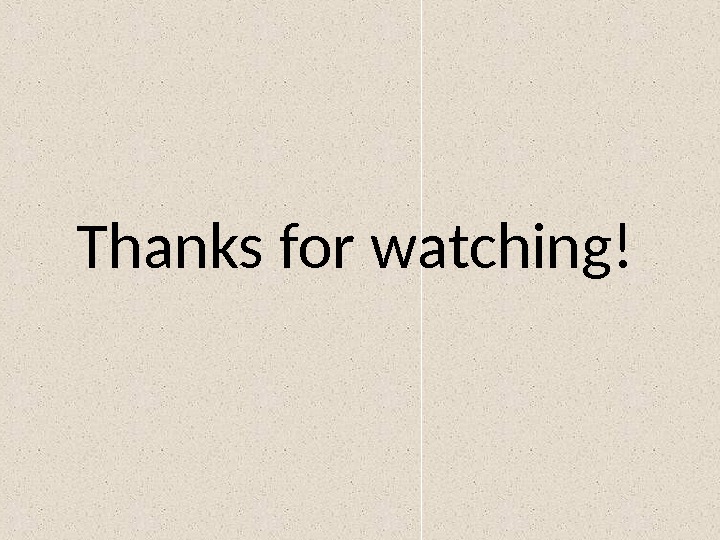 Biography • Robert Burns is the best known of the poets who have writen in the Scots language , although much of his writing is also in English and a light Scots dialect , accessible to an audience beyond Scotland. • Robert Burns was born in a house built by his father (now the Burns Cotage Museum ), where he lived until Easter 1766 , when he was seven years old. Here Burns grew up in poverty and hardship, and the severe manual labour of the farm left its traces in a premature stoop and a weakened constitution.

• The poverty of Burns’ early life, though far from being overcome, had produced in him a supporter of the French Revolution and a rebel against both Calvinism and the social order of his time.

Fall in love • At about the same time, Burns fell in love with Mary Campbell (1763– 1786), whom he had seen in church while he was still living in Tarbolton. He dedicated the poems «The Highland Lassie O», «Highland Mary «, and «To Mary in Heaven» to her. • His song «Will ye go to the Indies, my Mary, And leave auld Scotia’s shore? » suggests that they planned to emigrate to Jamaica together. Their relationship has been the subject of much conjecture.

Kilmarnock Edition • On 31 July 1786 John Wilson published the volume of works by Robert Burns, Poems, Chiefly in the Scottish dialect. Known as the Kilmarnock volume, it sold for 3 shillings and contained much of his best writing, including «The Twa Dogs», «Address to the Deil», «Halloween», «The Cotter’s Saturday Night», «To a Mouse», «Epitaph for James Smith», and «To a Mountain Daisy» , many of which had been writen at Mossgiel farm. The success of the work was immediate, and soon he was known across the country.

Influence • Burns became the » people’s poet » of Russia. In Imperial Russia Burns was translated into Russian and became a source of inspiration for the ordinary, oppressed Russian people. In Soviet Russia, he was elevated as the archetypal poet of the people.

Stamps and currency • The Soviet Union was the first country in the world to honour Burns with a commemorative stamp, marking the 160 th anniversary of his death in 1956. • In 2009 the Royal Mint issued a commemorative two pound coin featuring a quote from «Auld Lang Syne“.

Robert Burns Poetry And Songs • The poetry and songs of Robert Burns is famous throughout the world — so famous, in fact, that some lines from his poems have become commonplace sayings.