Sales 1 How and why sales 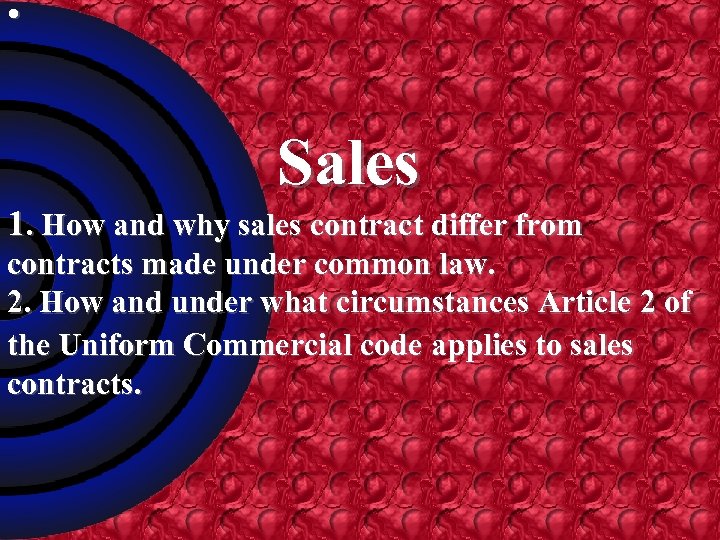 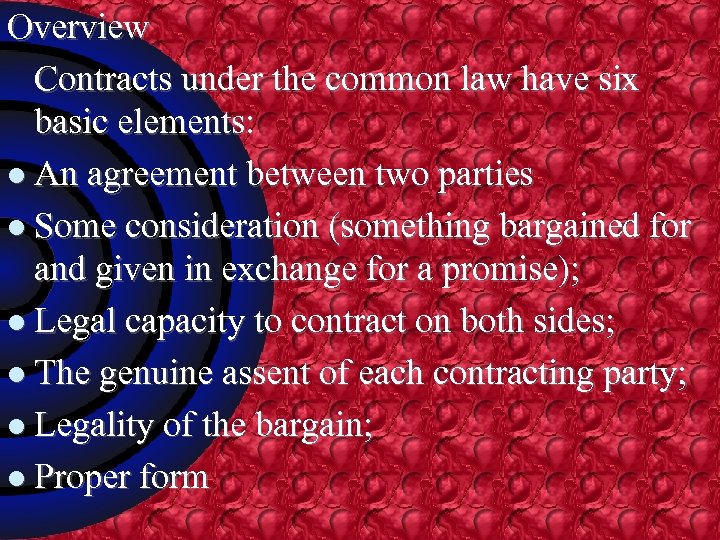 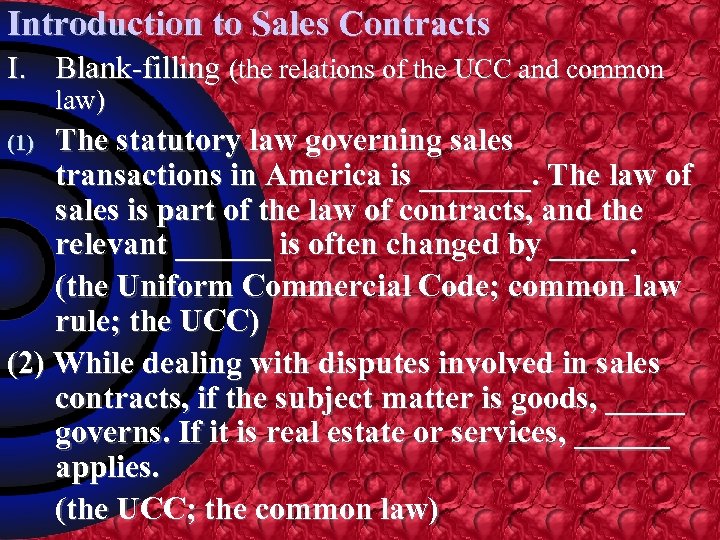 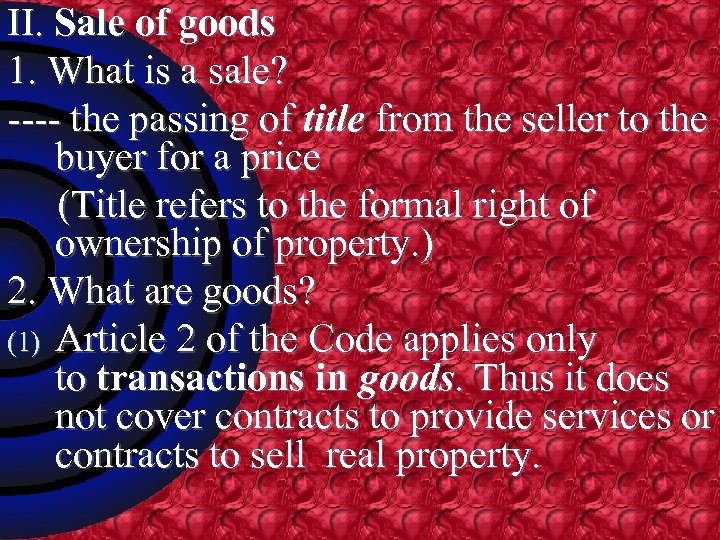 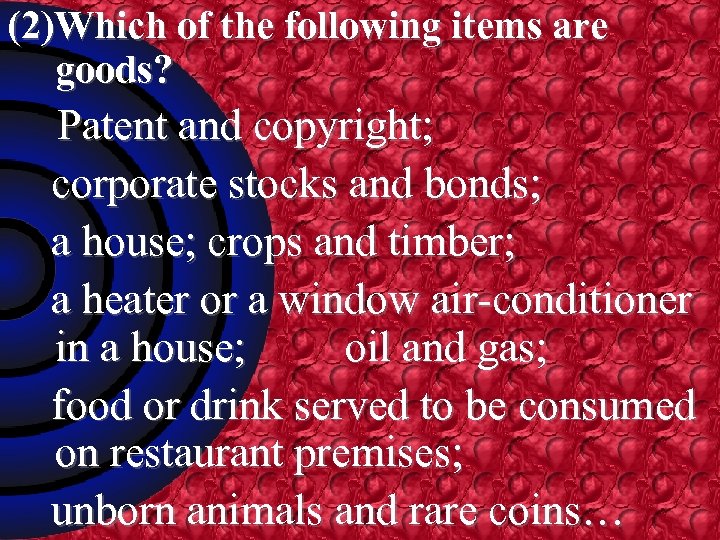 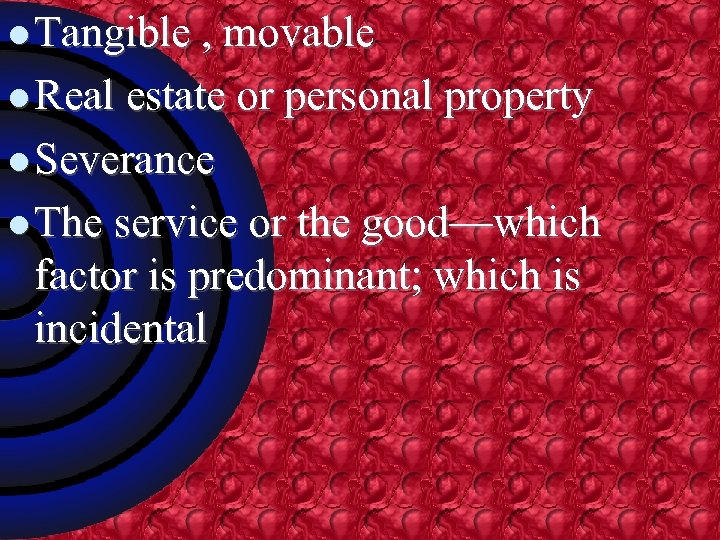 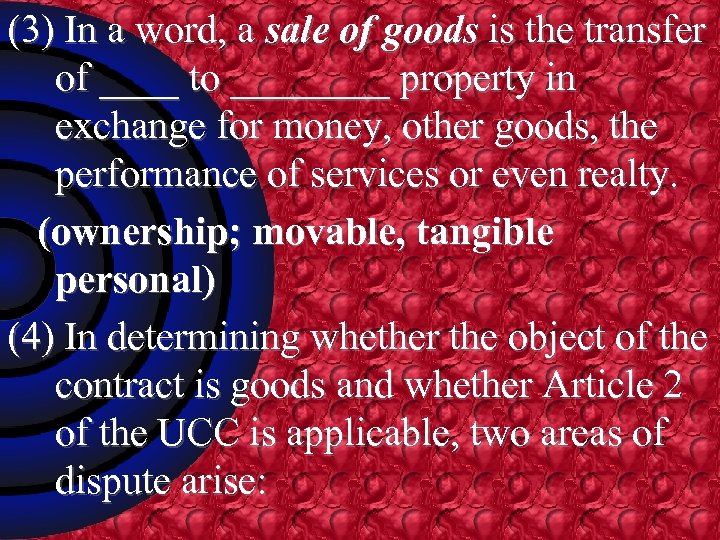 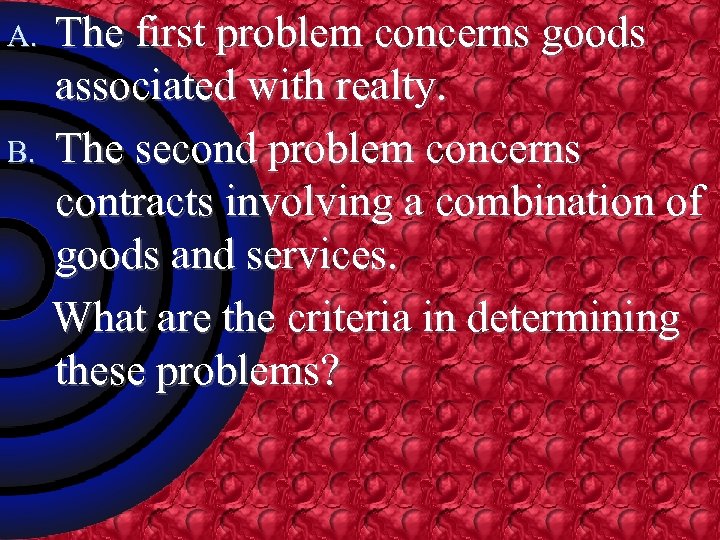 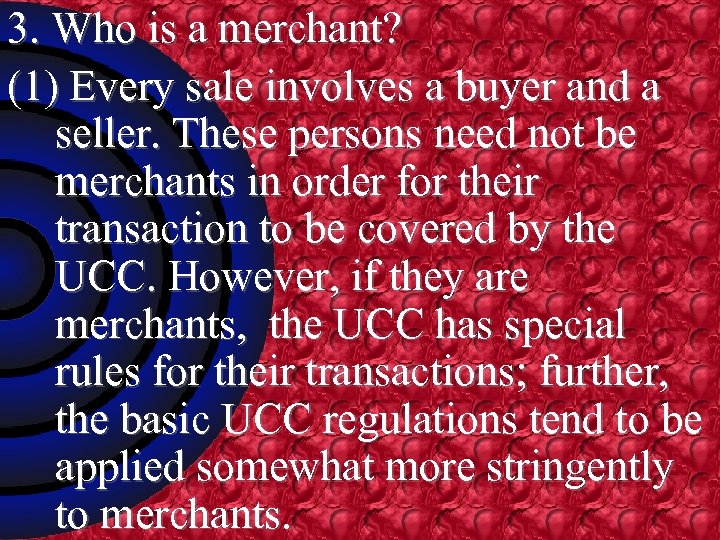 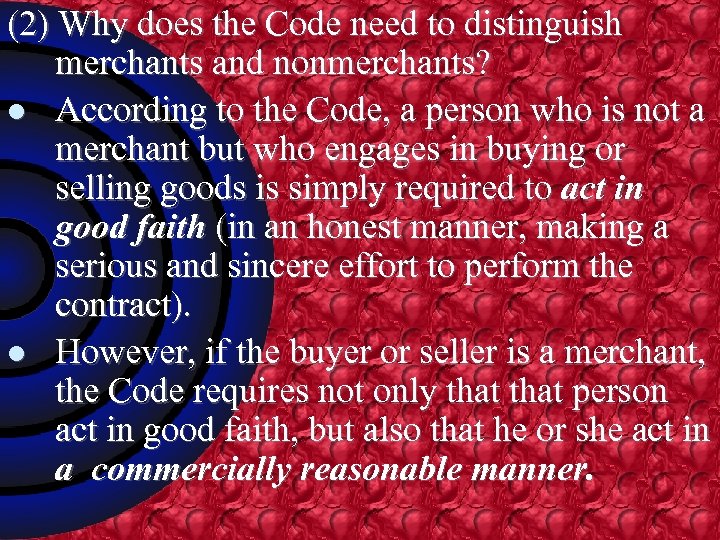 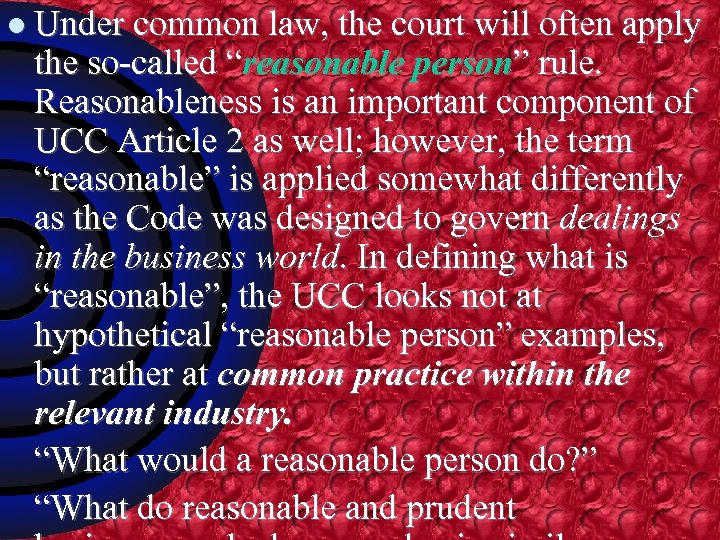 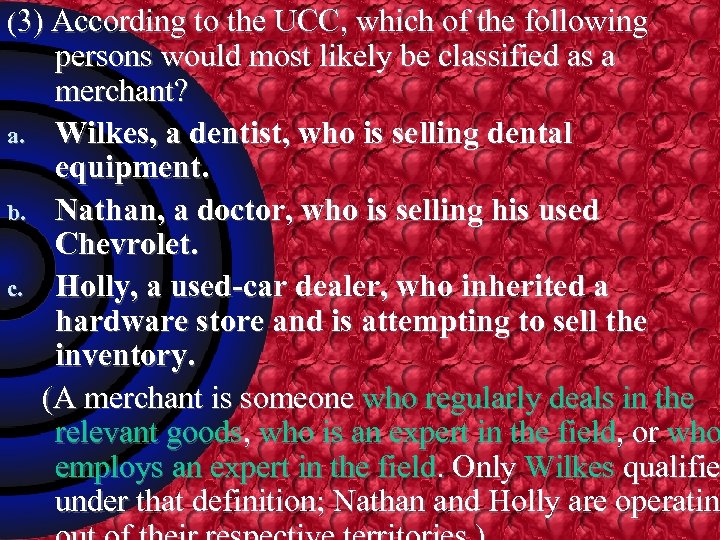 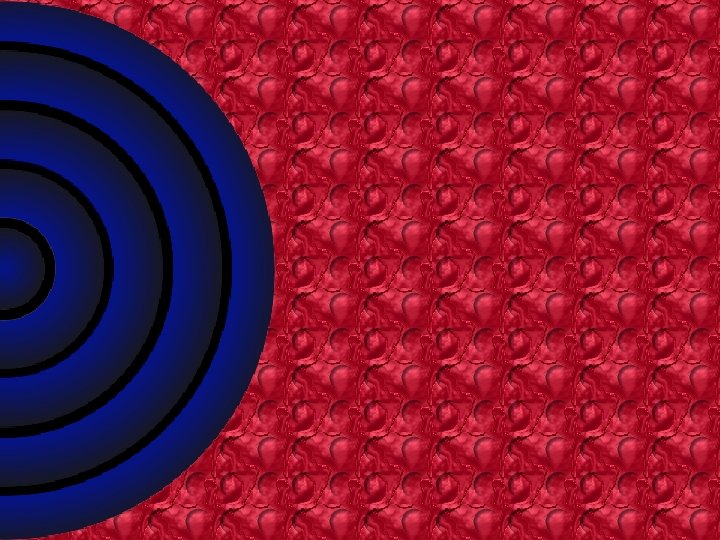 Скачать презентацию Sales 1 How and why sales

• Sales 1. How and why sales contract differ from contracts made under common law. 2. How and under what circumstances Article 2 of the Uniform Commercial code applies to sales contracts.

Overview Contracts under the common law have six basic elements: l An agreement between two parties l Some consideration (something bargained for and given in exchange for a promise); l Legal capacity to contract on both sides; l The genuine assent of each contracting party; l Legality of the bargain; l Proper form

Introduction to Sales Contracts I. Blank-filling (the relations of the UCC and common law) The statutory law governing sales transactions in America is _______. The law of sales is part of the law of contracts, and the relevant ______ is often changed by _____. (the Uniform Commercial Code; common law rule; the UCC) (2) While dealing with disputes involved in sales contracts, if the subject matter is goods, _____ governs. If it is real estate or services, ______ applies. (the UCC; the common law) (1)

II. Sale of goods 1. What is a sale? ---- the passing of title from the seller to the buyer for a price (Title refers to the formal right of ownership of property. ) 2. What are goods? (1) Article 2 of the Code applies only to transactions in goods. Thus it does not cover contracts to provide services or contracts to sell real property.

(2)Which of the following items are goods? Patent and copyright; corporate stocks and bonds; a house; crops and timber; a heater or a window air-conditioner in a house; oil and gas; food or drink served to be consumed on restaurant premises; unborn animals and rare coins…

l Tangible , movable l Real estate or personal property l Severance l The service or the good—which factor is predominant; which is incidental

(3) In a word, a sale of goods is the transfer of ____ to ____ property in exchange for money, other goods, the performance of services or even realty. (ownership; movable, tangible personal) (4) In determining whether the object of the contract is goods and whether Article 2 of the UCC is applicable, two areas of dispute arise:

A. B. The first problem concerns goods associated with realty. The second problem concerns contracts involving a combination of goods and services. What are the criteria in determining these problems?

3. Who is a merchant? (1) Every sale involves a buyer and a seller. These persons need not be merchants in order for their transaction to be covered by the UCC. However, if they are merchants, the UCC has special rules for their transactions; further, the basic UCC regulations tend to be applied somewhat more stringently to merchants.

(2) Why does the Code need to distinguish merchants and nonmerchants? l According to the Code, a person who is not a merchant but who engages in buying or selling goods is simply required to act in good faith (in an honest manner, making a serious and sincere effort to perform the contract). l However, if the buyer or seller is a merchant, the Code requires not only that person act in good faith, but also that he or she act in a commercially reasonable manner.

l Under common law, the court will often apply the so-called “reasonable person” rule. Reasonableness is an important component of UCC Article 2 as well; however, the term “reasonable” is applied somewhat differently as the Code was designed to govern dealings in the business world. In defining what is “reasonable”, the UCC looks not at hypothetical “reasonable person” examples, but rather at common practice within the relevant industry. “What would a reasonable person do? ” “What do reasonable and prudent

(3) According to the UCC, which of the following a. b. c. persons would most likely be classified as a merchant? Wilkes, a dentist, who is selling dental equipment. Nathan, a doctor, who is selling his used Chevrolet. Holly, a used-car dealer, who inherited a hardware store and is attempting to sell the inventory. (A merchant is someone who regularly deals in the relevant goods, who is an expert in the field, or who employs an expert in the field. Only Wilkes qualifie under that definition; Nathan and Holly are operatin