Saint Valentine s Day What is it Saint 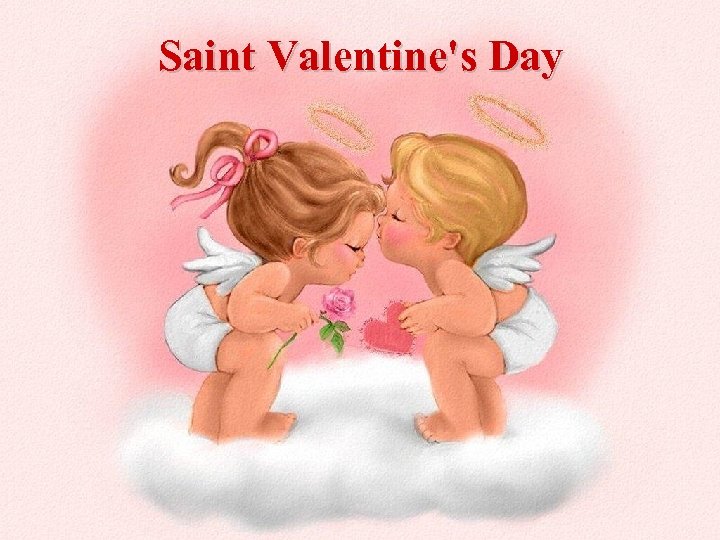 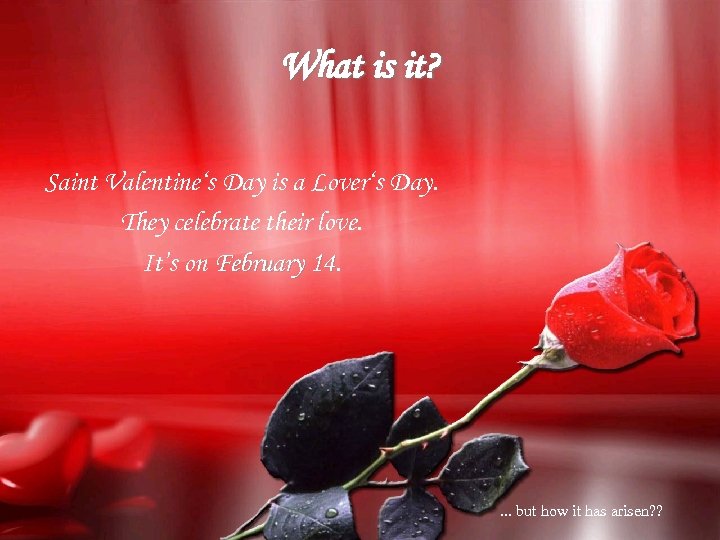 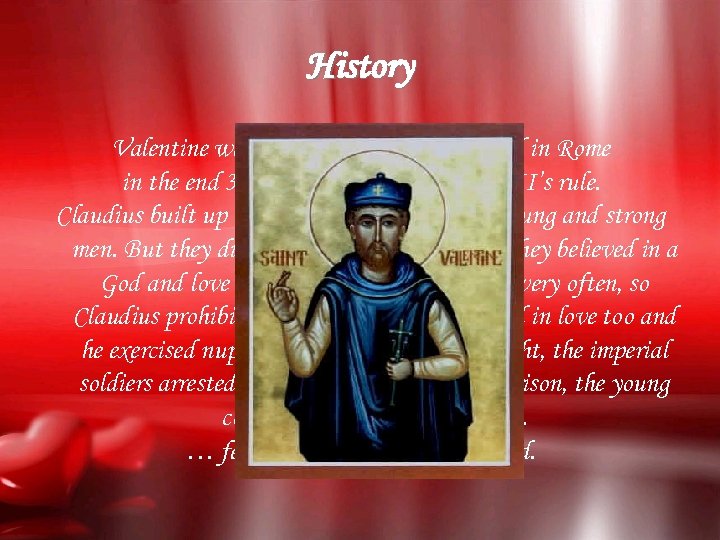 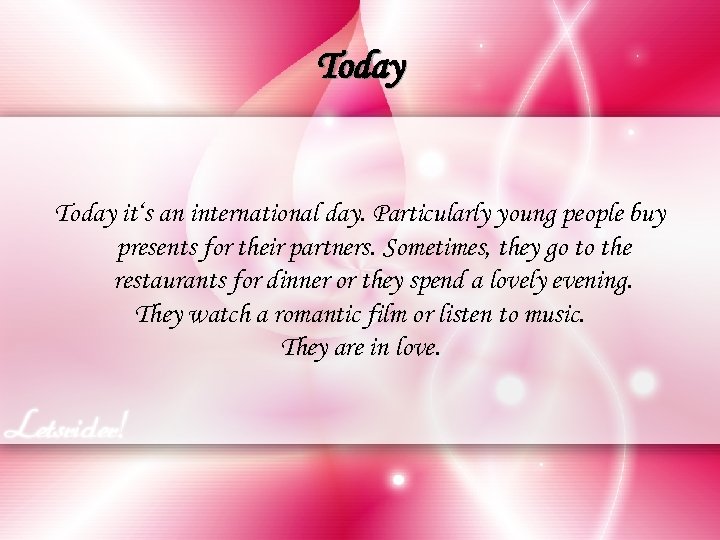 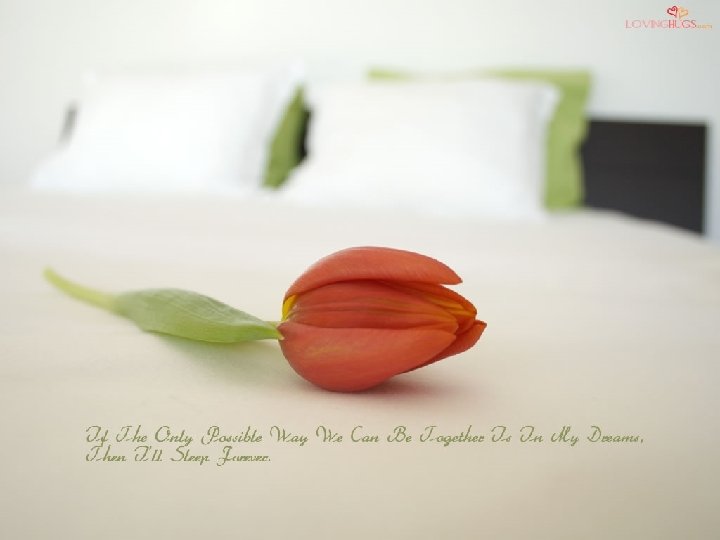 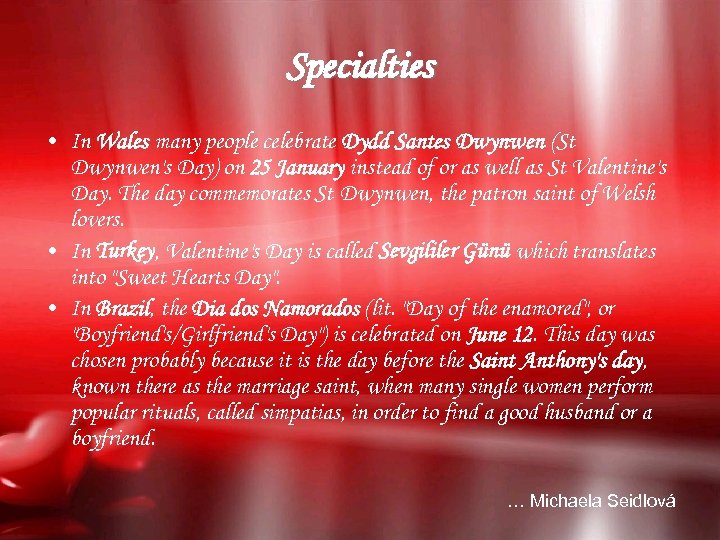 Скачать презентацию Saint Valentine s Day What is it Saint

History Valentine was a Christian priest. He lived in Rome in the end 3 RD century under Claudius II’s rule. Claudius built up the military and he needed young and strong men. But they didn‘t want to fight, because they believed in a God and love very much. They got married very often, so Claudius prohibited it. But Valentine believed in love too and he exercised nuptials thenceforward. One night, the imperial soldiers arrested him. When he waited in a prison, the young couple carried him the presents. … few days later, he was executed.

Today it‘s an international day. Particularly young people buy presents for their partners. Sometimes, they go to the restaurants for dinner or they spend a lovely evening. They watch a romantic film or listen to music. They are in love.

Specialties • In Wales many people celebrate Dydd Santes Dwynwen (St Dwynwen's Day) on 25 January instead of or as well as St Valentine's Day. The day commemorates St Dwynwen, the patron saint of Welsh lovers. • In Turkey, Valentine's Day is called Sevgililer Günü which translates into "Sweet Hearts Day". • In Brazil, the Dia dos Namorados (lit. "Day of the enamored", or "Boyfriend's/Girlfriend's Day") is celebrated on June 12. This day was chosen probably because it is the day before the Saint Anthony's day, known there as the marriage saint, when many single women perform popular rituals, called simpatias, in order to find a good husband or a boyfriend. … Michaela Seidlová

What is Valentine’s day? Why do we celebrate

ST. VALENTINE’S DAY the day of all sweethearts