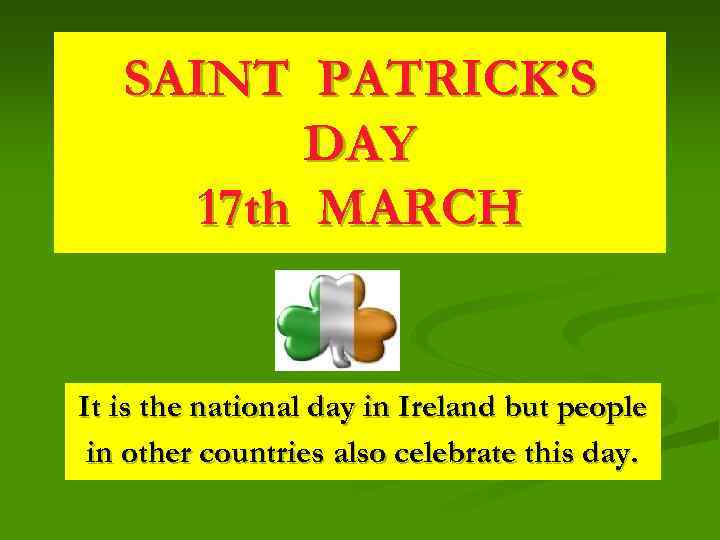 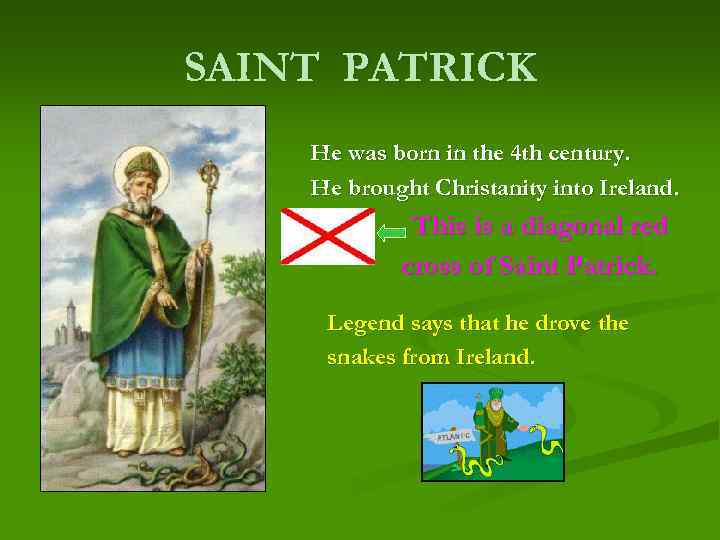 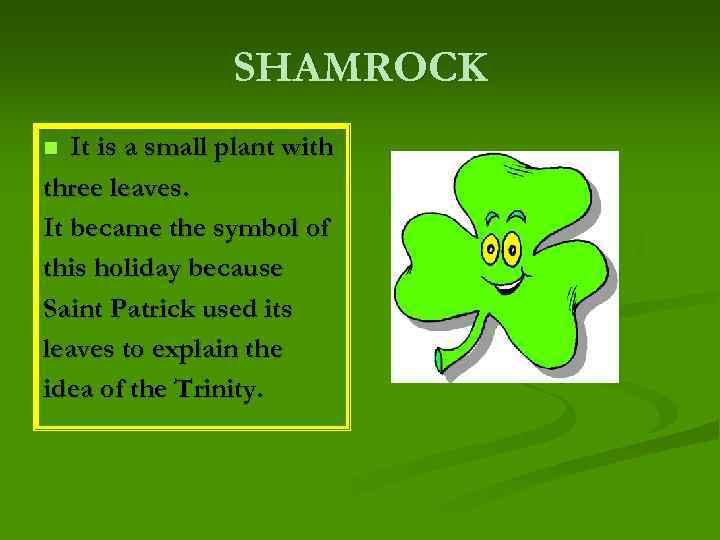 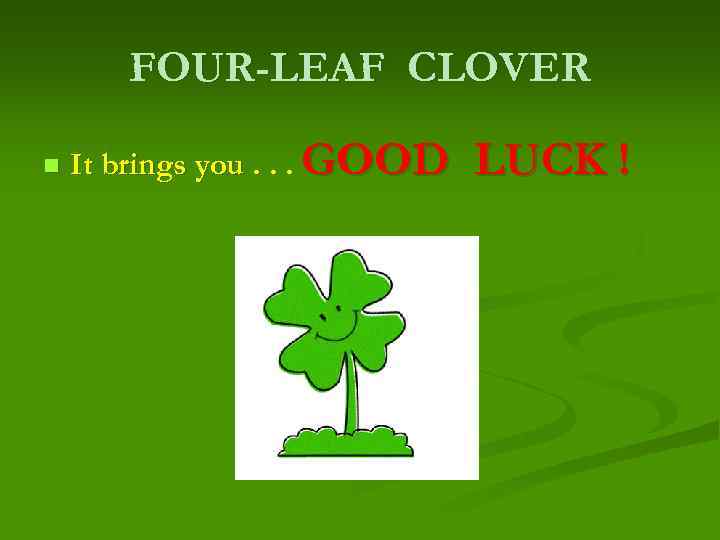 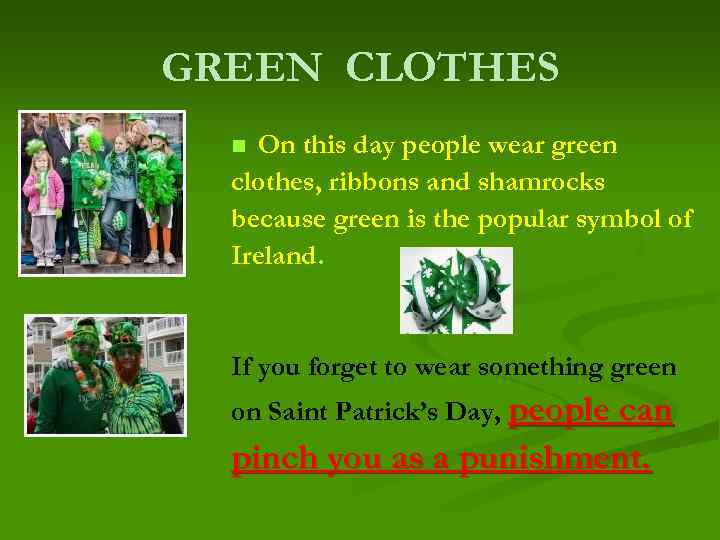 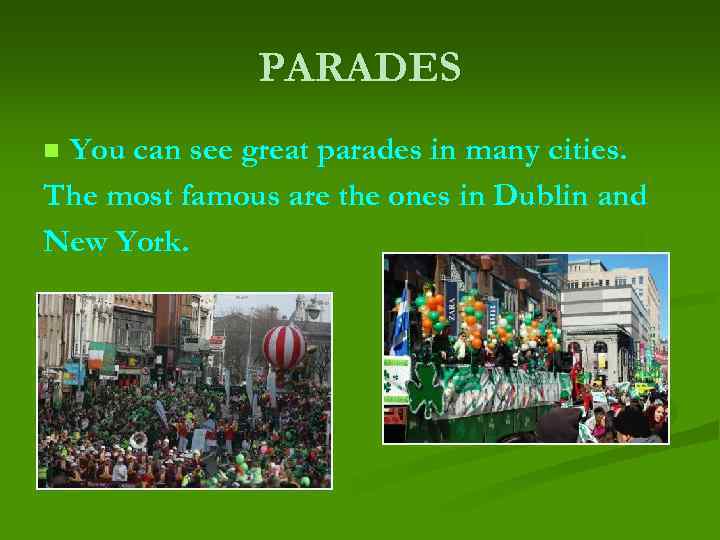 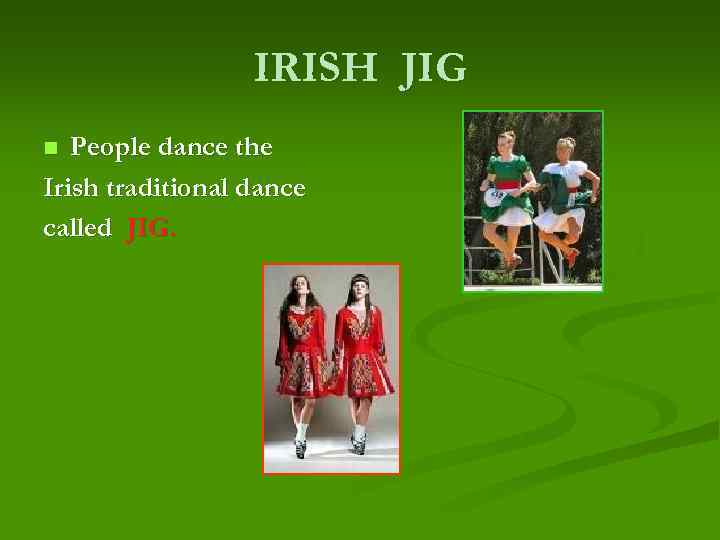 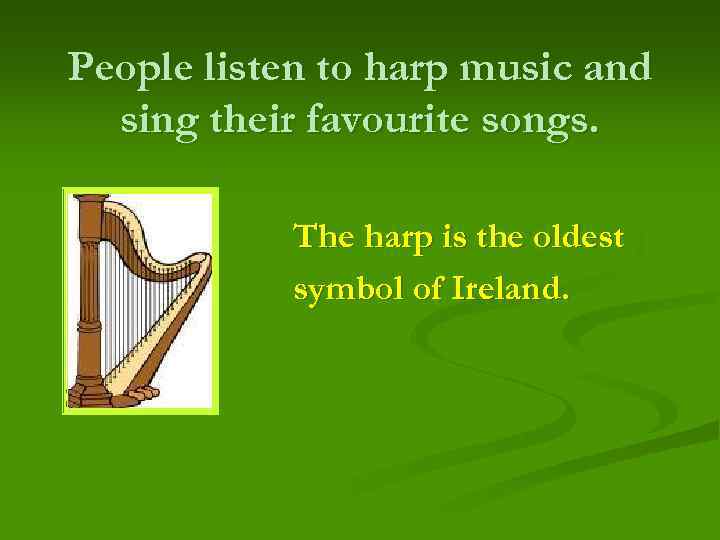 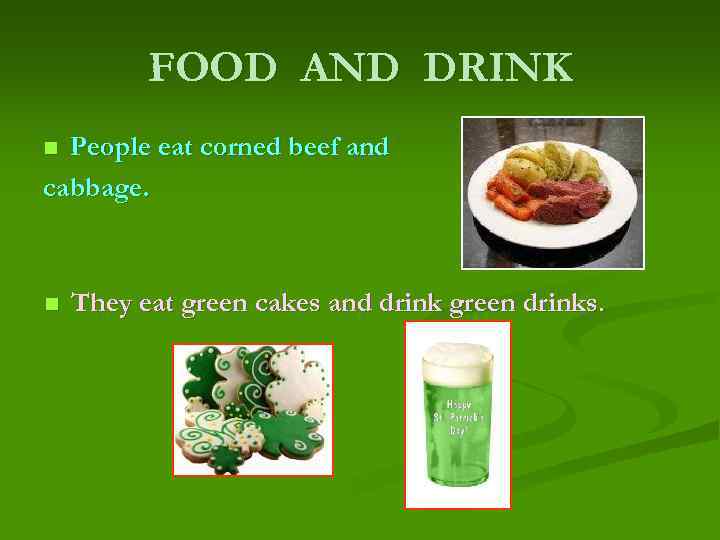 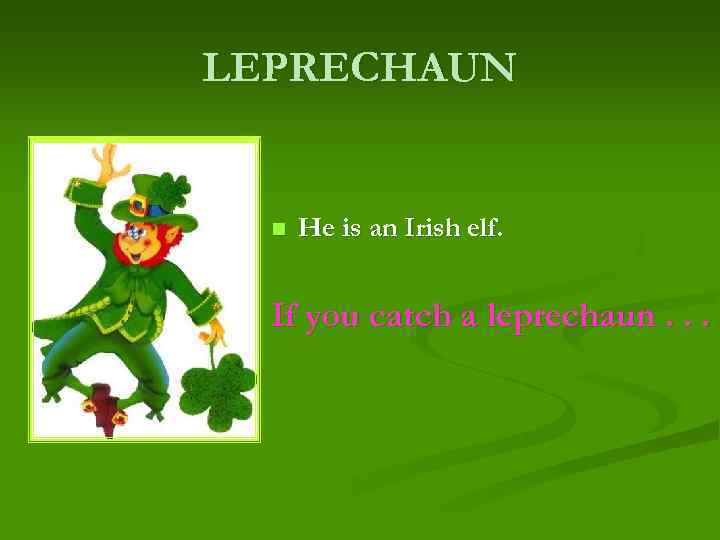 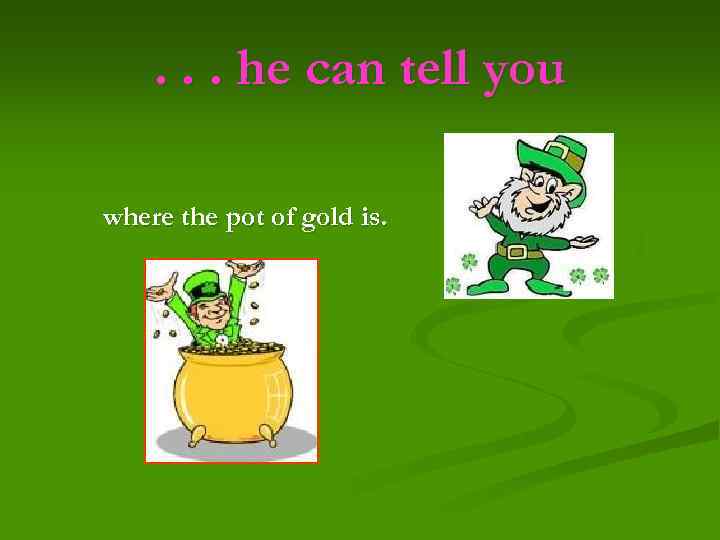 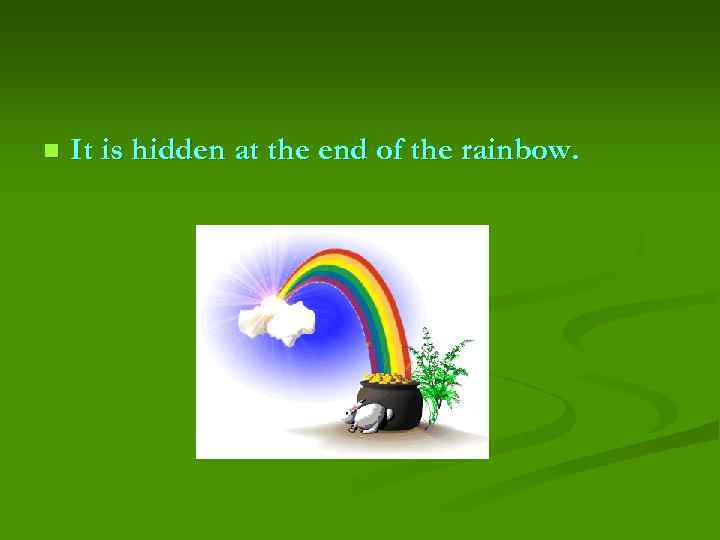 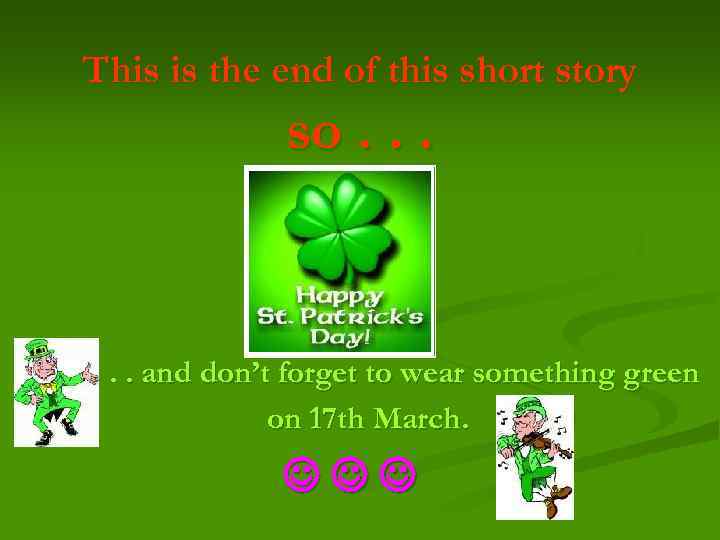 SAINT PATRICK’S DAY 17 th MARCH It is the national day in Ireland but people in other countries also celebrate this day.

SAINT PATRICK He was born in the 4 th century. He brought Christanity into Ireland. This is a diagonal red cross of Saint Patrick. Legend says that he drove the snakes from Ireland.

SHAMROCK It is a small plant with three leaves. It became the symbol of this holiday because Saint Patrick used its leaves to explain the idea of the Trinity. n

GREEN CLOTHES On this day people wear green clothes, ribbons and shamrocks because green is the popular symbol of Ireland. n If you forget to wear something green on Saint Patrick’s Day, people can pinch you as a punishment.

PARADES You can see great parades in many cities. The most famous are the ones in Dublin and New York. n

People listen to harp music and sing their favourite songs. The harp is the oldest symbol of Ireland.

LEPRECHAUN n He is an Irish elf. If you catch a leprechaun. . .

n It is hidden at the end of the rainbow.

This is the end of this short story so. . . and don’t forget to wear something green on 17 th March.