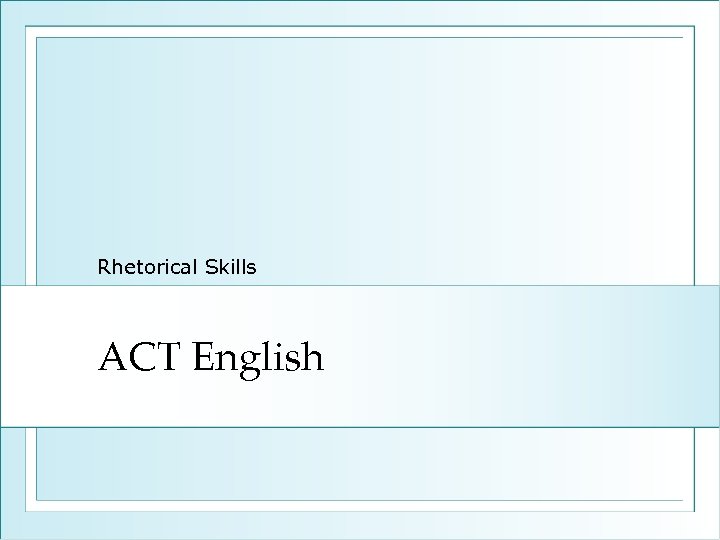 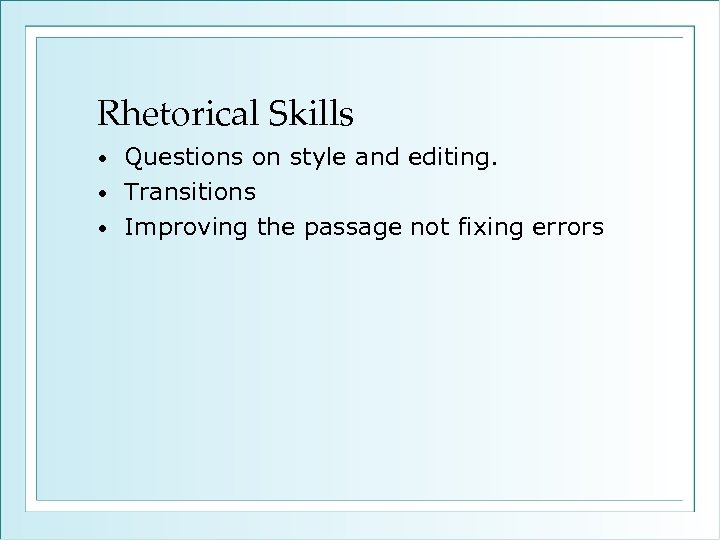 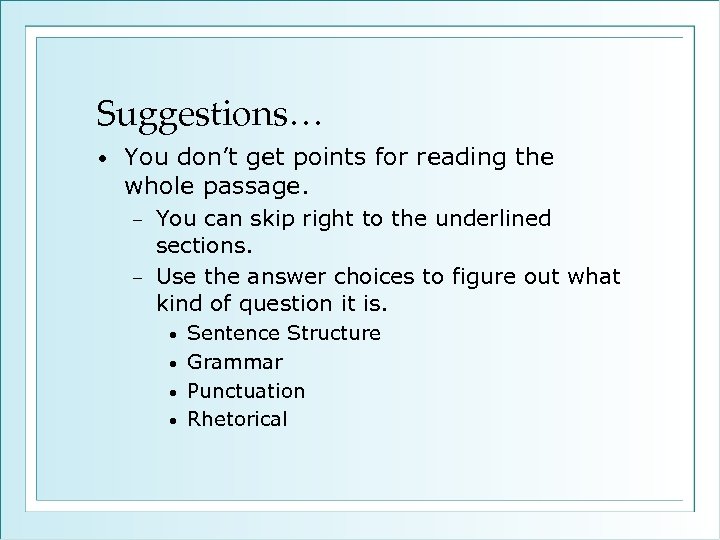 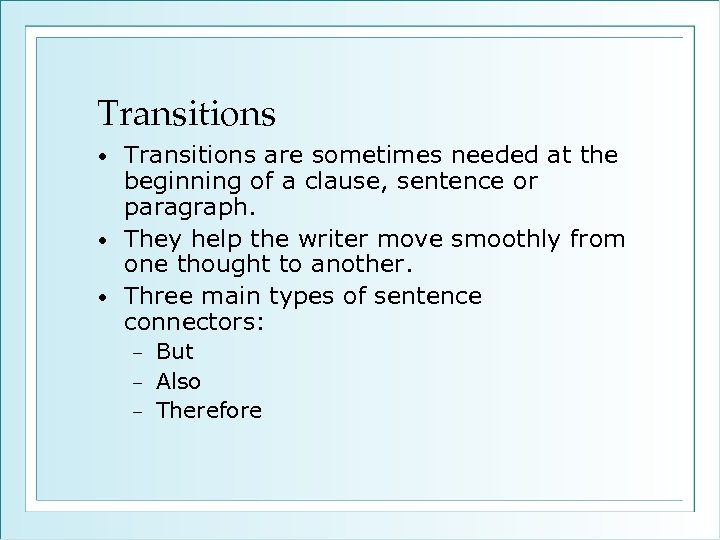 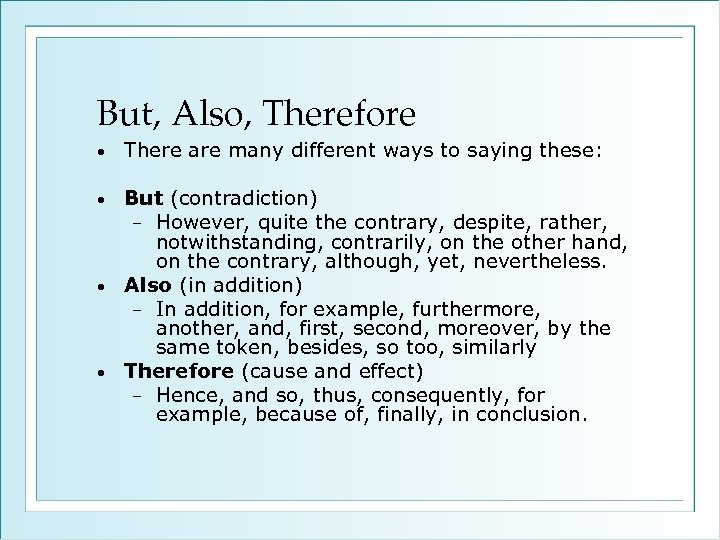 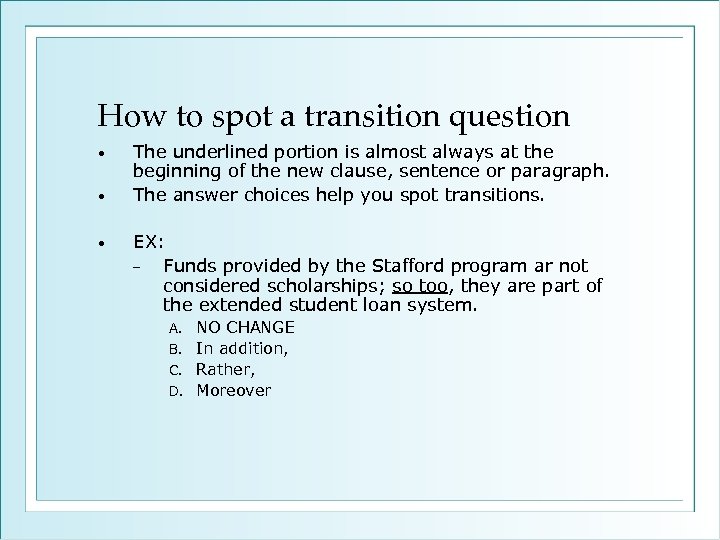 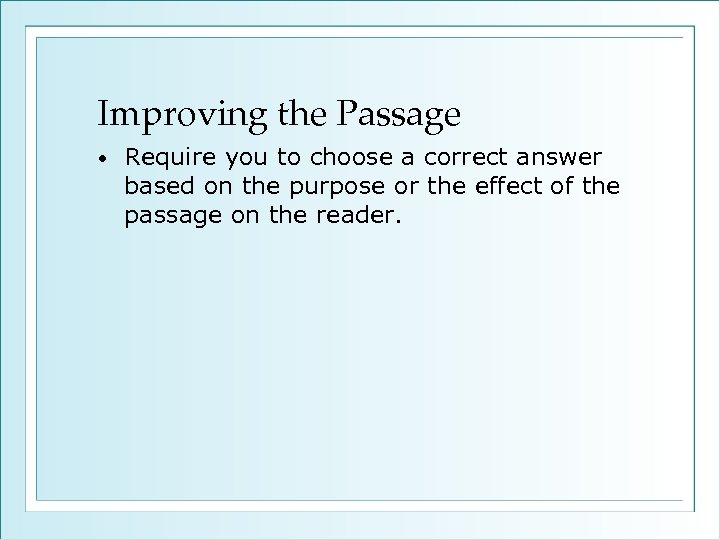 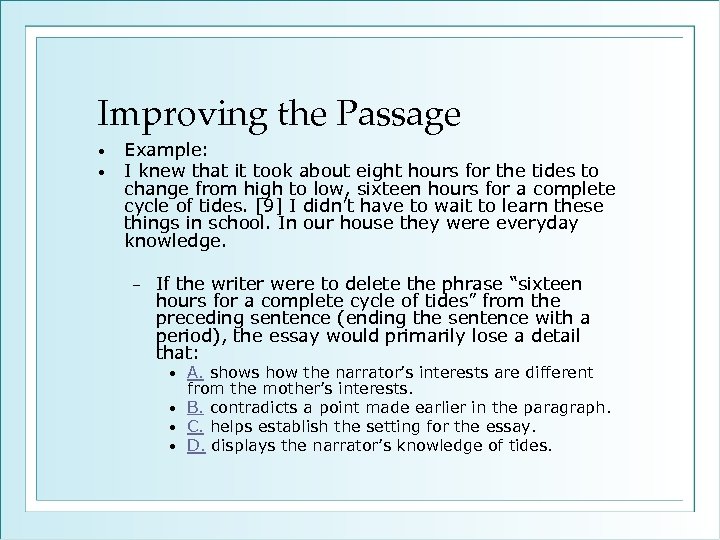 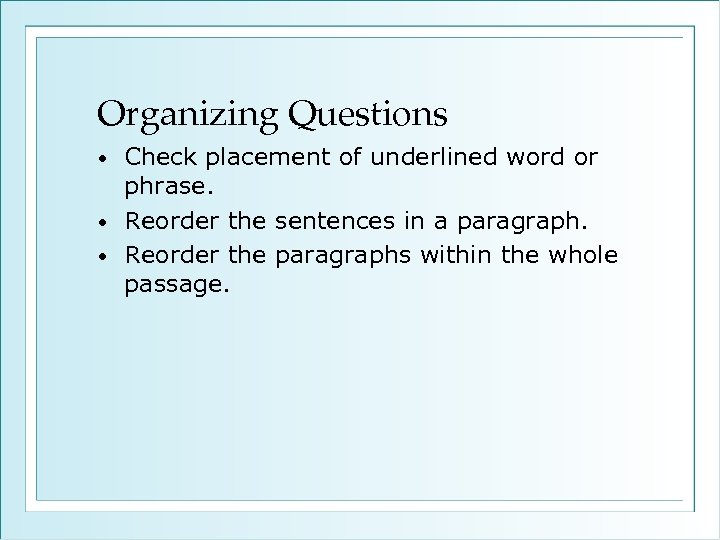 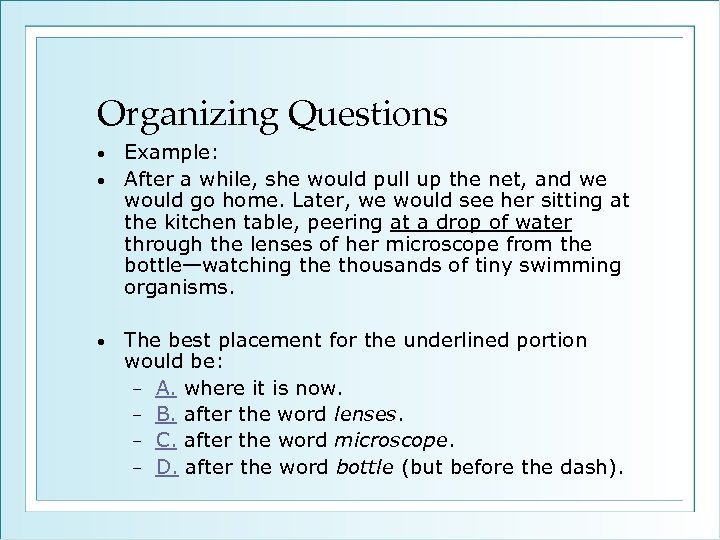 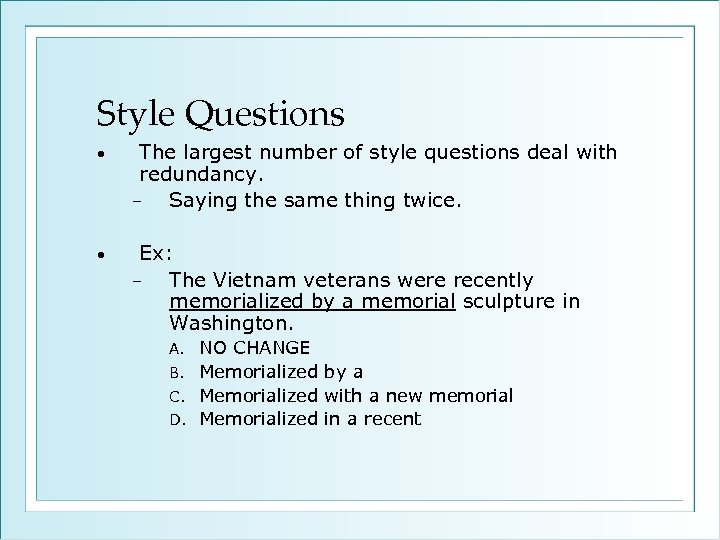 Suggestions… • You don’t get points for reading the whole passage. You can skip right to the underlined sections. − Use the answer choices to figure out what kind of question it is. − Sentence Structure • Grammar • Punctuation • Rhetorical •

Transitions are sometimes needed at the beginning of a clause, sentence or paragraph. • They help the writer move smoothly from one thought to another. • Three main types of sentence connectors: • But − Also − Therefore −

But, Also, Therefore • There are many different ways to saying these: But (contradiction) − However, quite the contrary, despite, rather, notwithstanding, contrarily, on the other hand, on the contrary, although, yet, nevertheless. • Also (in addition) − In addition, for example, furthermore, another, and, first, second, moreover, by the same token, besides, so too, similarly • Therefore (cause and effect) − Hence, and so, thus, consequently, for example, because of, finally, in conclusion. •

How to spot a transition question • • • The underlined portion is almost always at the beginning of the new clause, sentence or paragraph. The answer choices help you spot transitions. EX: − Funds provided by the Stafford program ar not considered scholarships; so too, they are part of the extended student loan system. NO CHANGE B. In addition, C. Rather, D. Moreover A.

Improving the Passage • Require you to choose a correct answer based on the purpose or the effect of the passage on the reader.

Improving the Passage • • Example: I knew that it took about eight hours for the tides to change from high to low, sixteen hours for a complete cycle of tides. [9] I didn’t have to wait to learn these things in school. In our house they were everyday knowledge. − If the writer were to delete the phrase “sixteen hours for a complete cycle of tides” from the preceding sentence (ending the sentence with a period), the essay would primarily lose a detail that: A. shows how the narrator’s interests are different from the mother’s interests. • B. contradicts a point made earlier in the paragraph. • C. helps establish the setting for the essay. • D. displays the narrator’s knowledge of tides. •

Organizing Questions Example: • After a while, she would pull up the net, and we would go home. Later, we would see her sitting at the kitchen table, peering at a drop of water through the lenses of her microscope from the bottle—watching the thousands of tiny swimming organisms. • • The best placement for the underlined portion would be: − A. where it is now. − B. after the word lenses. − C. after the word microscope. − D. after the word bottle (but before the dash).