Review of the Nation of Israel The 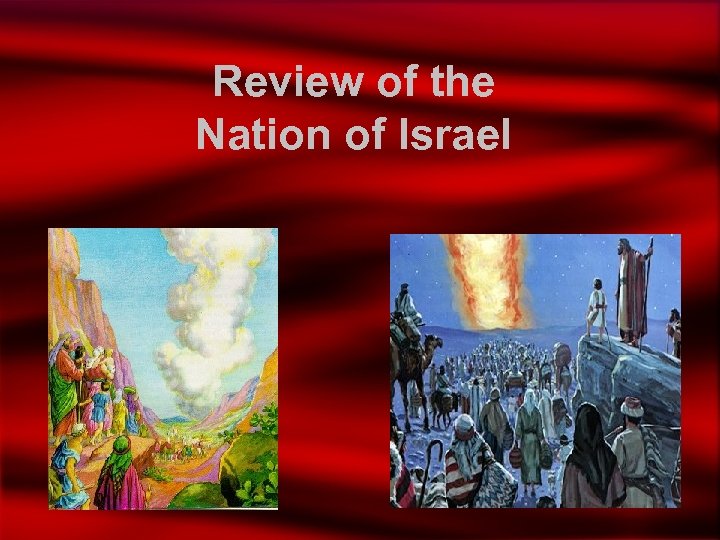 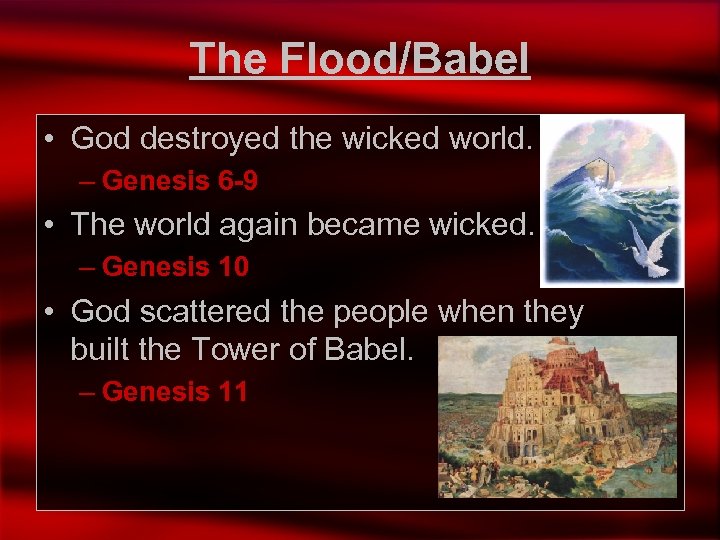 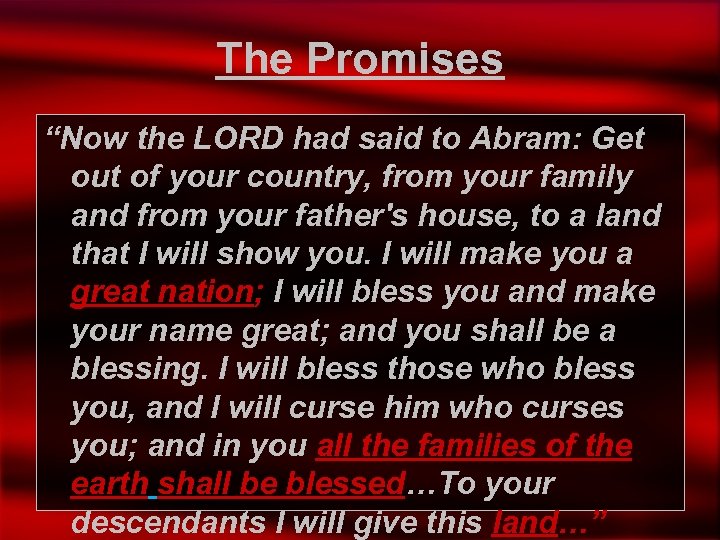 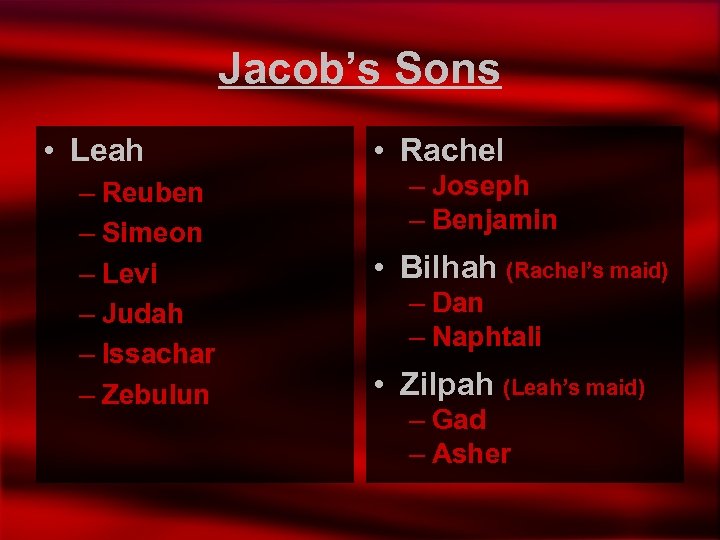 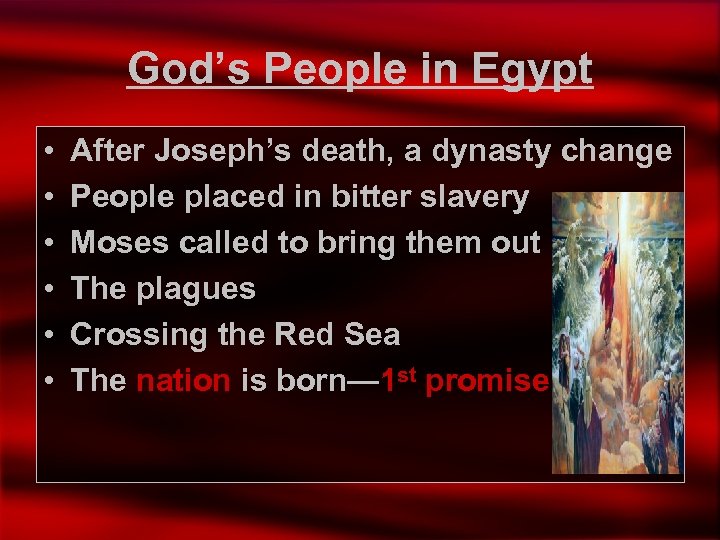 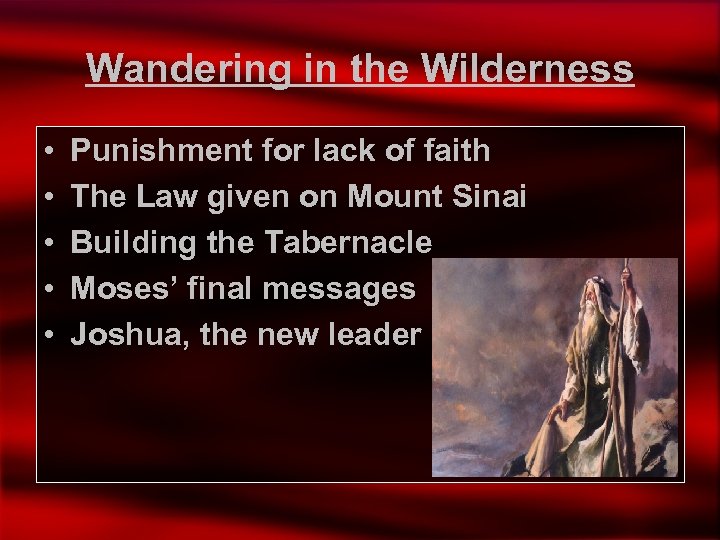 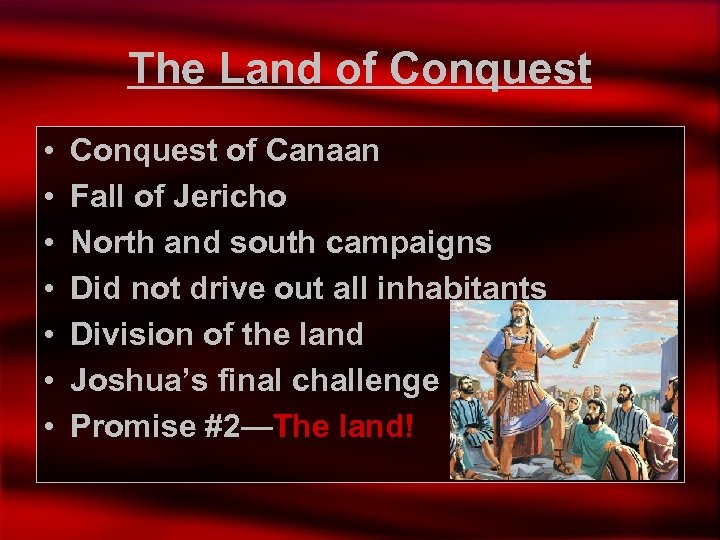 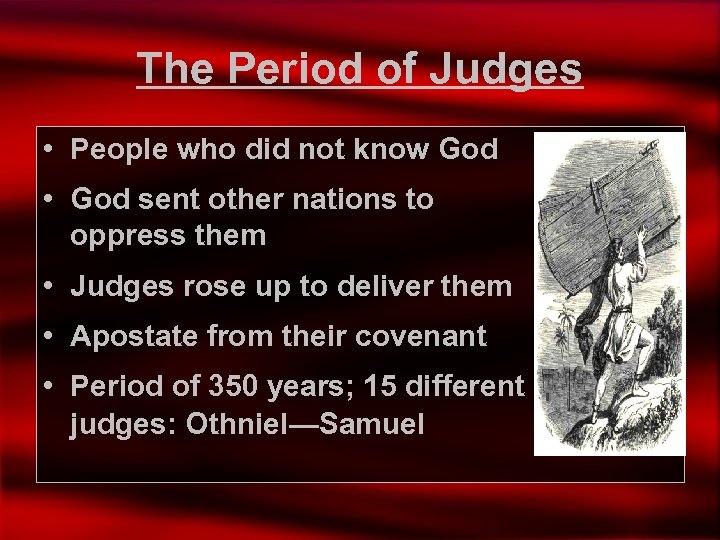 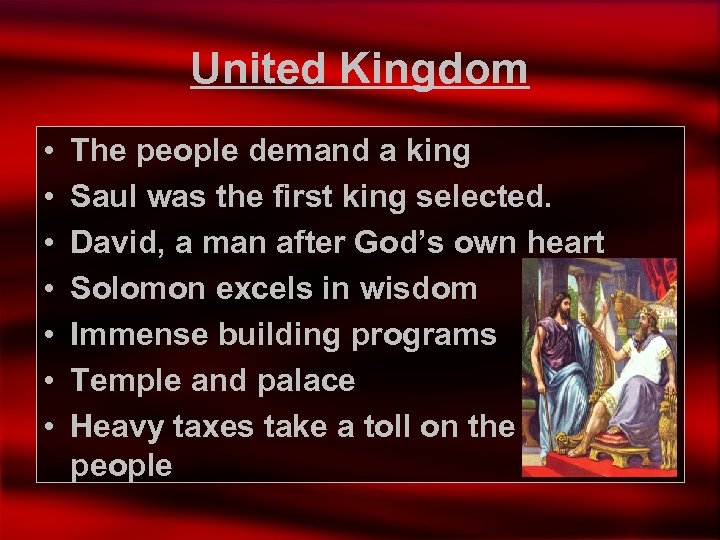 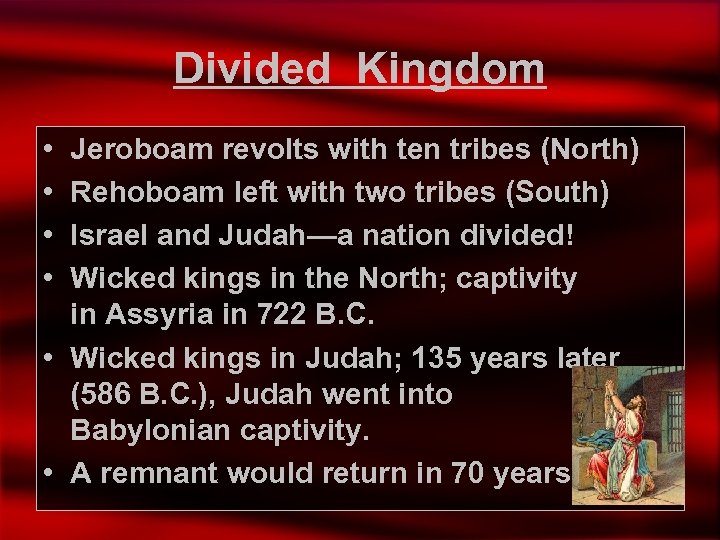 Скачать презентацию Review of the Nation of Israel The

Review of the Nation of Israel

The Flood/Babel • God destroyed the wicked world. – Genesis 6 -9 • The world again became wicked. – Genesis 10 • God scattered the people when they built the Tower of Babel. – Genesis 11

The Promises “Now the LORD had said to Abram: Get out of your country, from your family and from your father's house, to a land that I will show you. I will make you a great nation; I will bless you and make your name great; and you shall be a blessing. I will bless those who bless you, and I will curse him who curses you; and in you all the families of the earth shall be blessed…To your descendants I will give this land…”

God’s People in Egypt • • • After Joseph’s death, a dynasty change People placed in bitter slavery Moses called to bring them out The plagues Crossing the Red Sea The nation is born— 1 st promise

Wandering in the Wilderness • • • Punishment for lack of faith The Law given on Mount Sinai Building the Tabernacle Moses’ final messages Joshua, the new leader

The Land of Conquest • • Conquest of Canaan Fall of Jericho North and south campaigns Did not drive out all inhabitants Division of the land Joshua’s final challenge Promise #2—The land!

The Period of Judges • People who did not know God • God sent other nations to oppress them • Judges rose up to deliver them • Apostate from their covenant • Period of 350 years; 15 different judges: Othniel—Samuel

United Kingdom • • The people demand a king Saul was the first king selected. David, a man after God’s own heart Solomon excels in wisdom Immense building programs Temple and palace Heavy taxes take a toll on the people