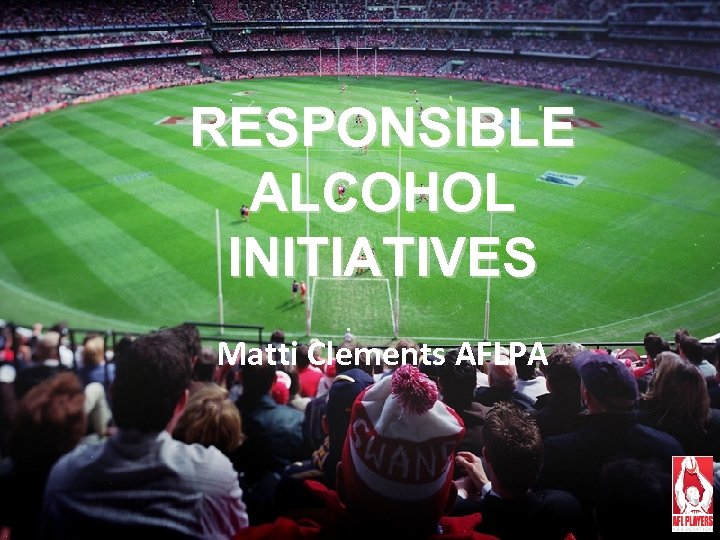 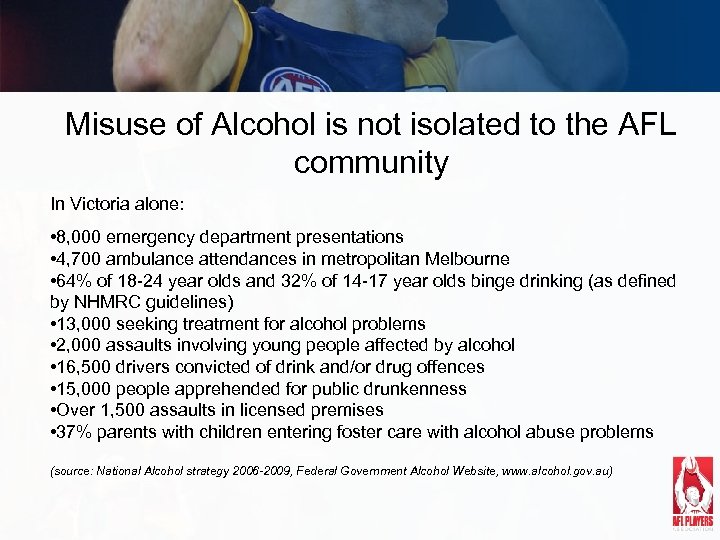 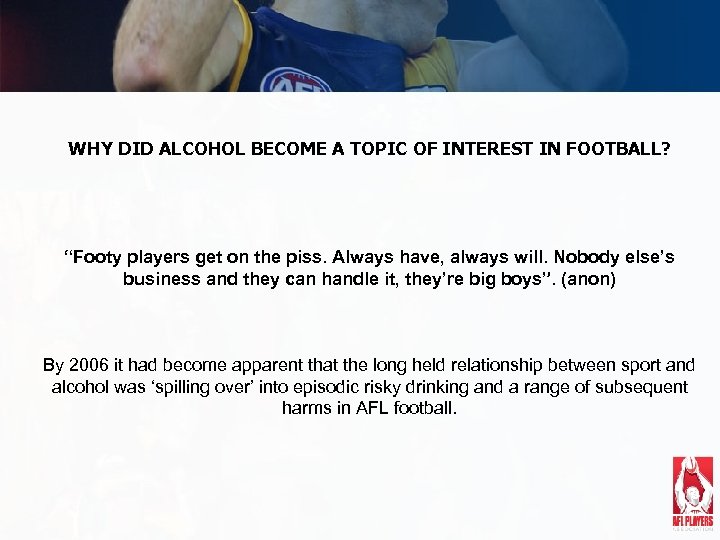 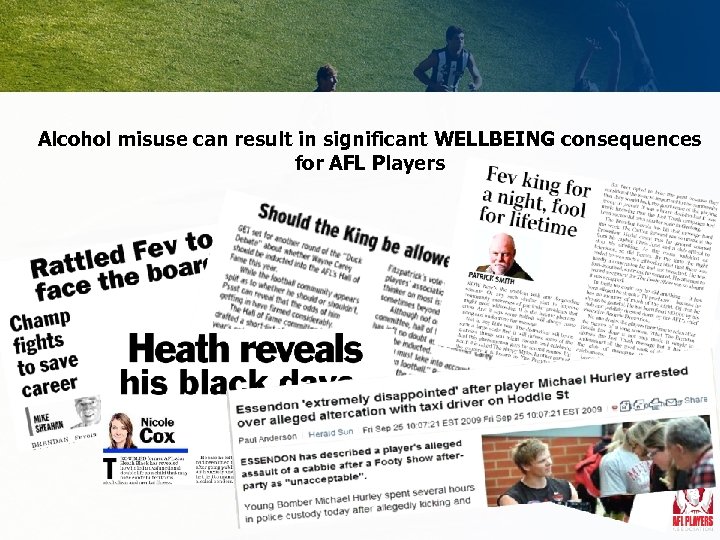 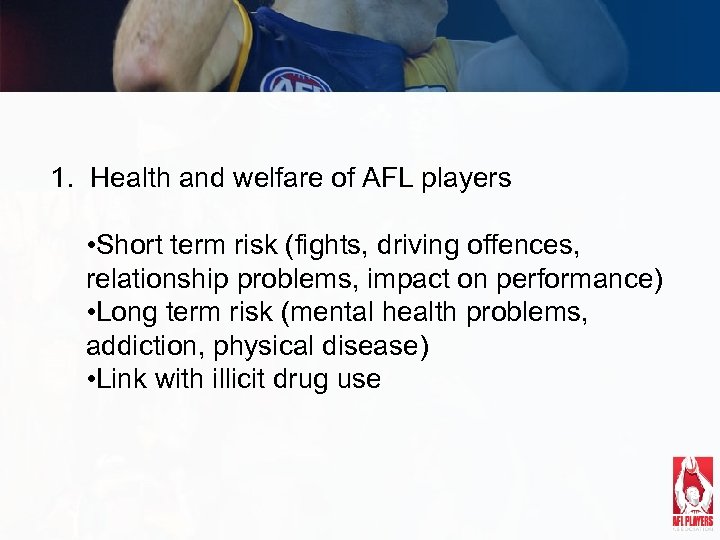 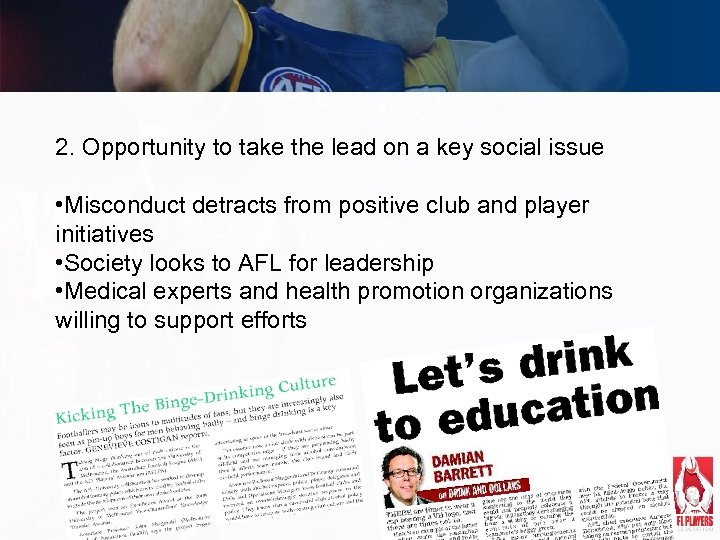 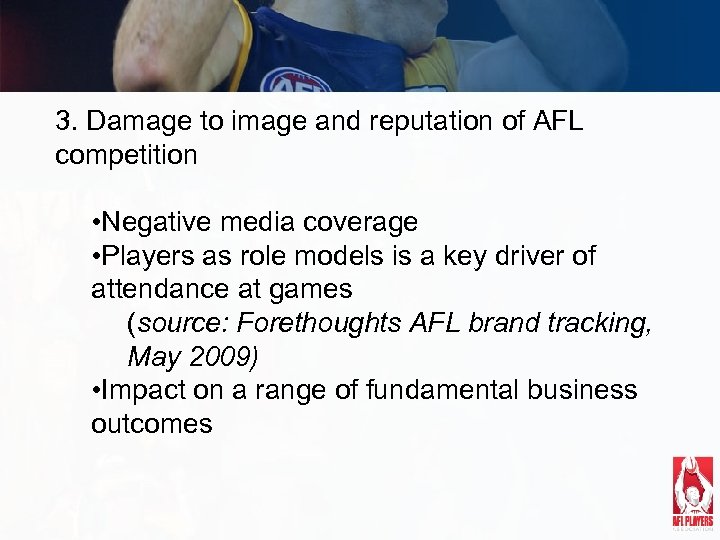 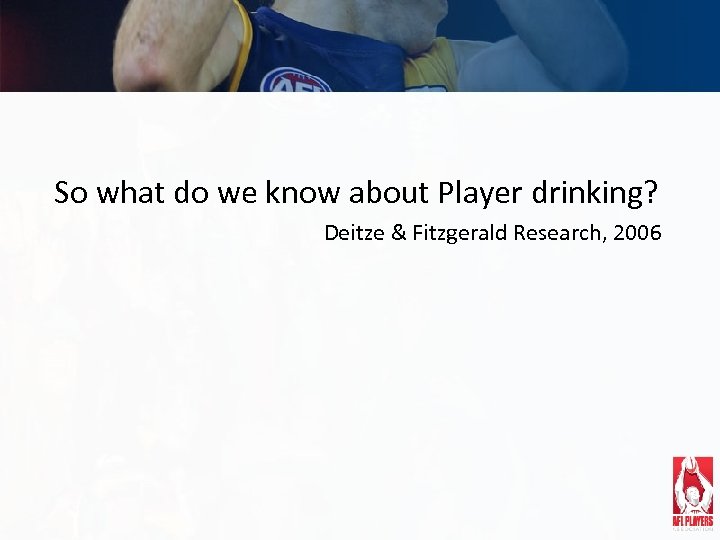 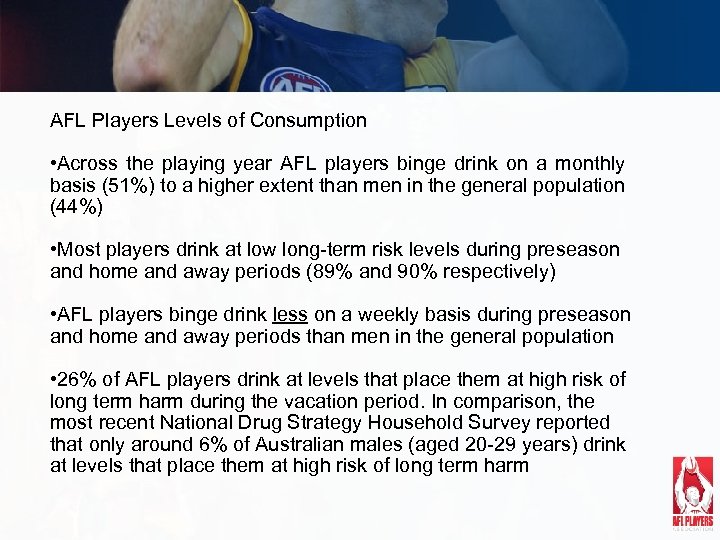 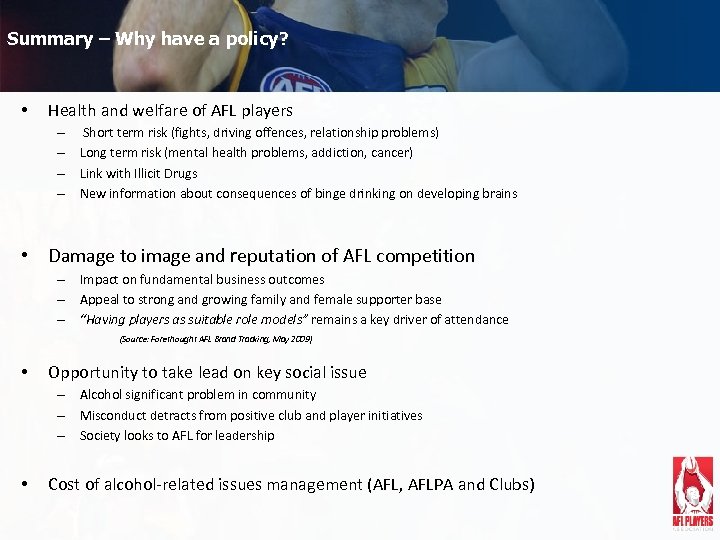 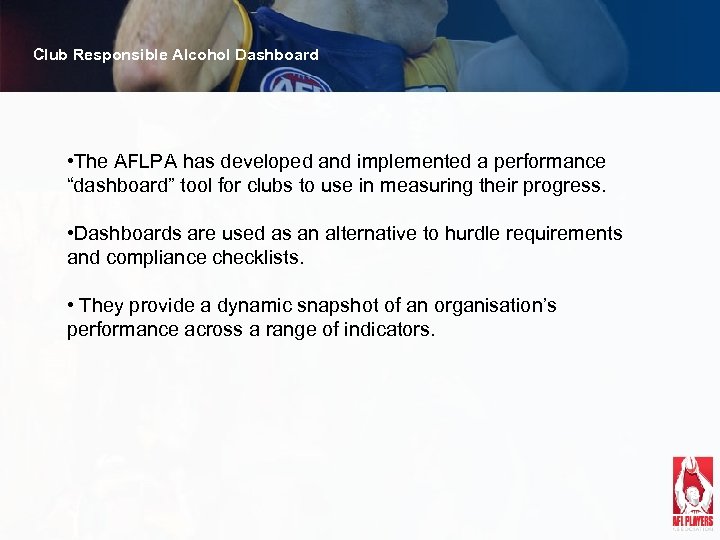 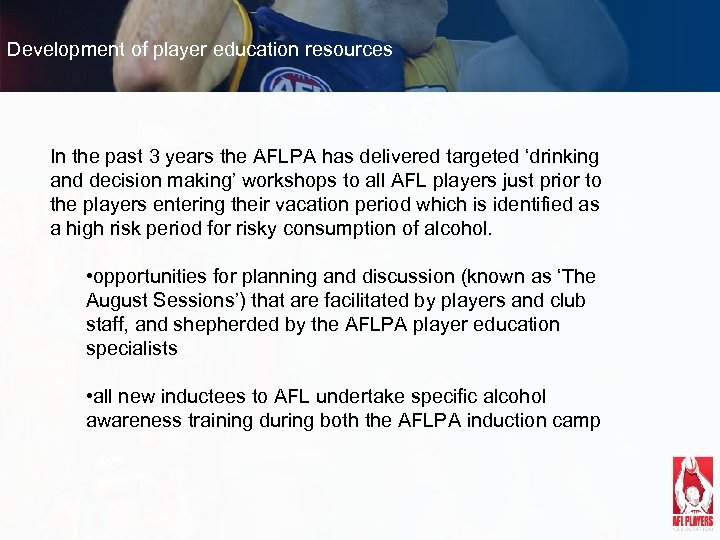 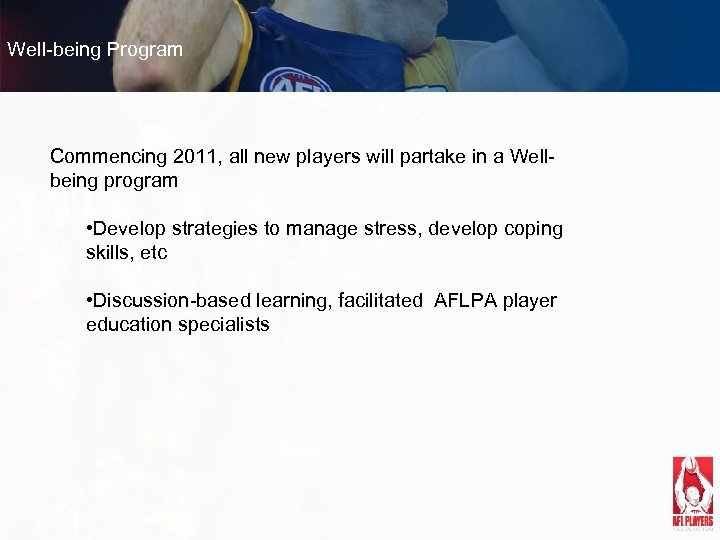 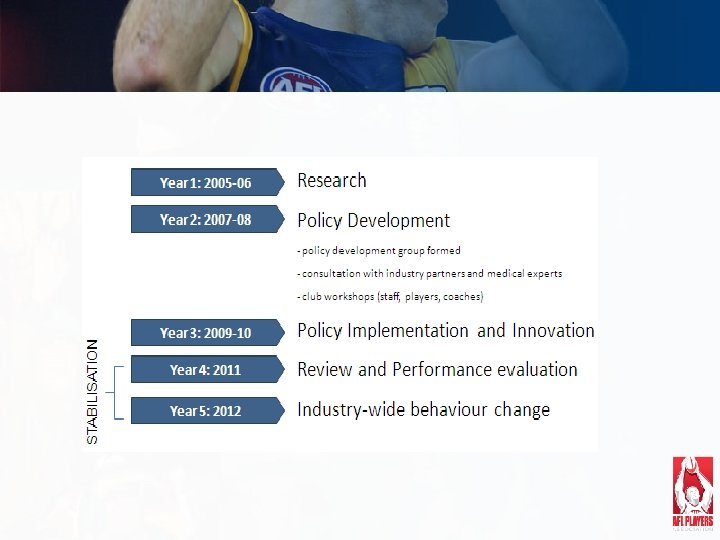 WHY DID ALCOHOL BECOME A TOPIC OF INTEREST IN FOOTBALL? “Footy players get on the piss. Always have, always will. Nobody else’s business and they can handle it, they’re big boys”. (anon) By 2006 it had become apparent that the long held relationship between sport and alcohol was ‘spilling over’ into episodic risky drinking and a range of subsequent harms in AFL football.

3. Damage to image and reputation of AFL competition • Negative media coverage • Players as role models is a key driver of attendance at games (source: Forethoughts AFL brand tracking, May 2009) • Impact on a range of fundamental business outcomes

So what do we know about Player drinking? Deitze & Fitzgerald Research, 2006

Club Responsible Alcohol Dashboard • The AFLPA has developed and implemented a performance “dashboard” tool for clubs to use in measuring their progress. • Dashboards are used as an alternative to hurdle requirements and compliance checklists. • They provide a dynamic snapshot of an organisation’s performance across a range of indicators.

Development of player education resources In the past 3 years the AFLPA has delivered targeted ‘drinking and decision making’ workshops to all AFL players just prior to the players entering their vacation period which is identified as a high risk period for risky consumption of alcohol. • opportunities for planning and discussion (known as ‘The August Sessions’) that are facilitated by players and club staff, and shepherded by the AFLPA player education specialists • all new inductees to AFL undertake specific alcohol awareness training during both the AFLPA induction camp