REPORTED SPEECH Statements and questions How the 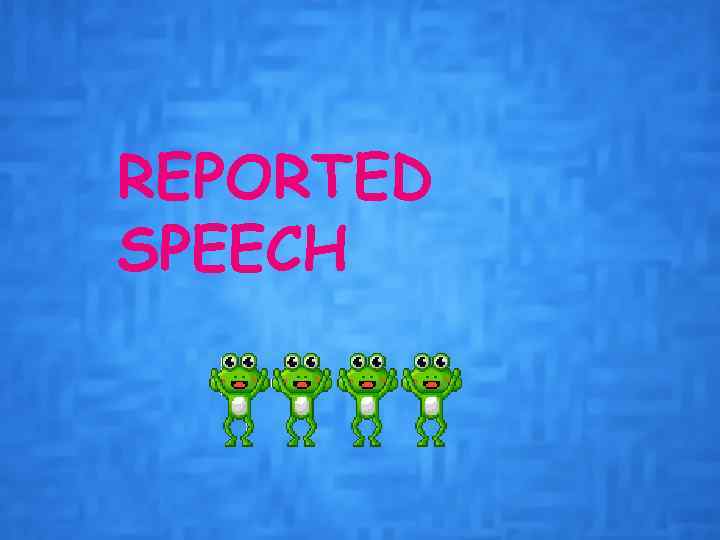 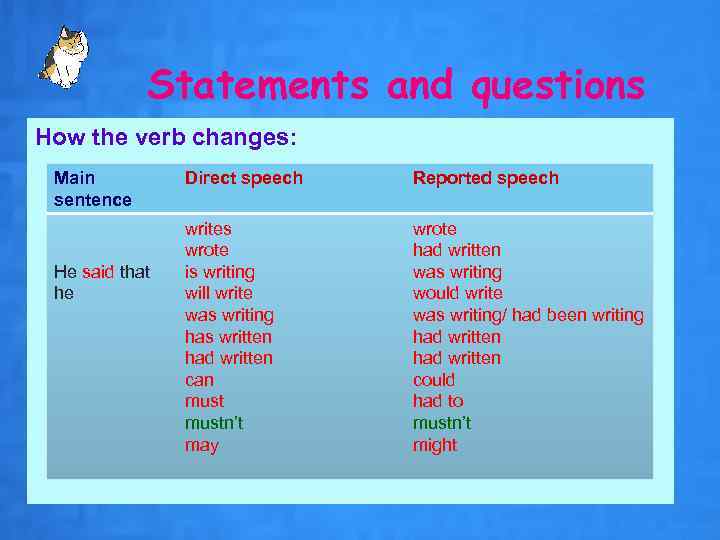 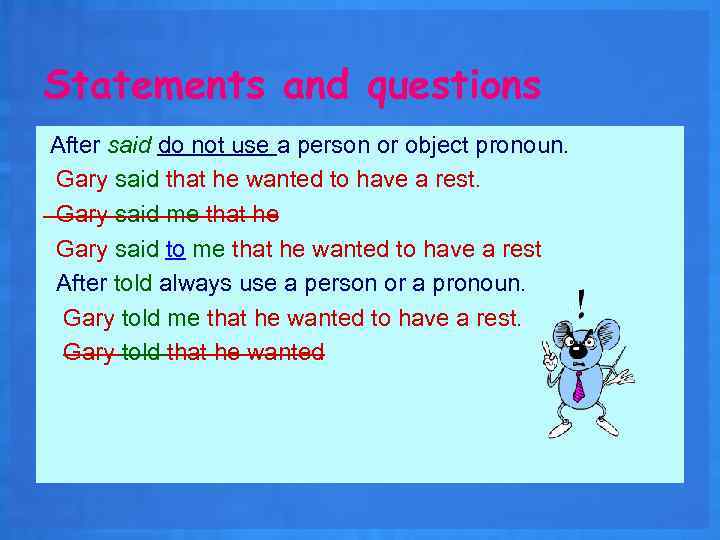 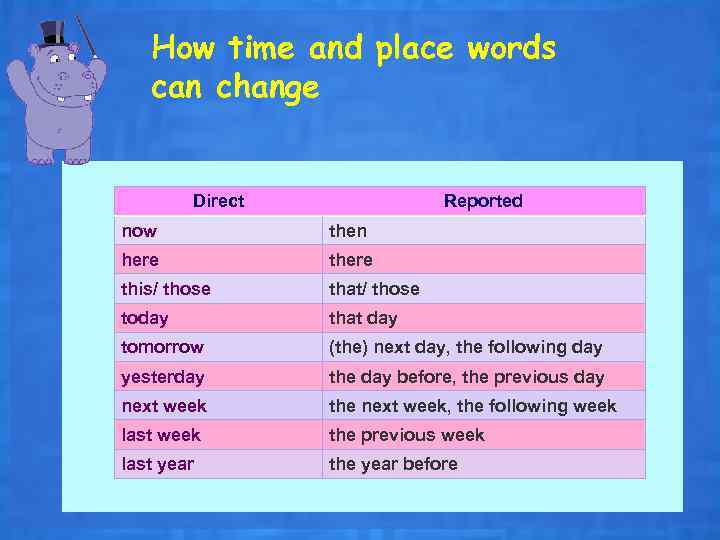 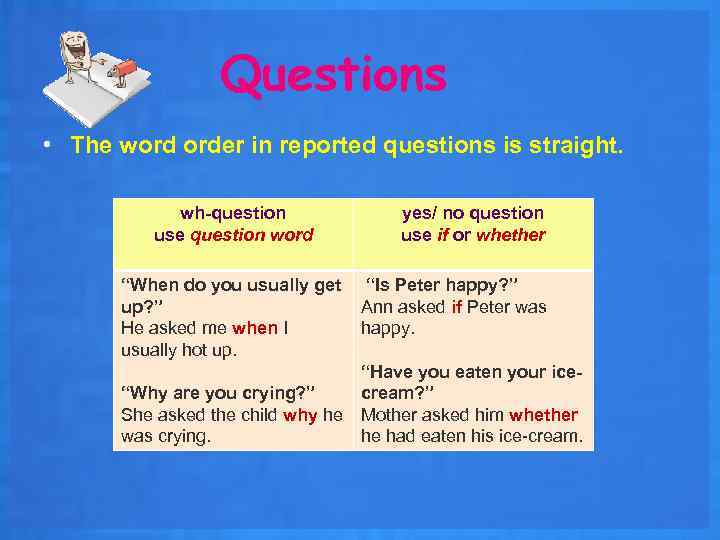 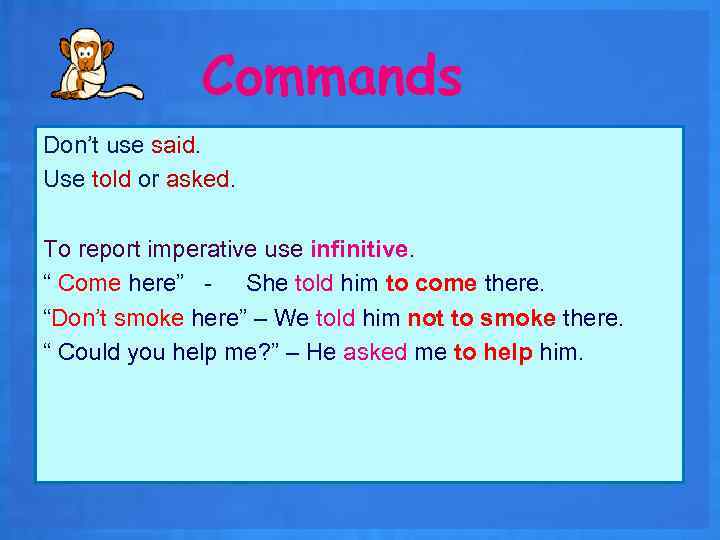 Скачать презентацию REPORTED SPEECH Statements and questions How the

Questions • The word order in reported questions is straight. wh-question use question word “When do you usually get up? ” He asked me when I usually hot up. yes/ no question use if or whether “Is Peter happy? ” Ann asked if Peter was happy. “Have you eaten your ice“Why are you crying? ” cream? ” She asked the child why he Mother asked him whether was crying. he had eaten his ice-cream.

Commands Don’t use said. Use told or asked. To report imperative use infinitive. “ Come here” - She told him to come there. “Don’t smoke here” – We told him not to smoke there. “ Could you help me? ” – He asked me to help him.