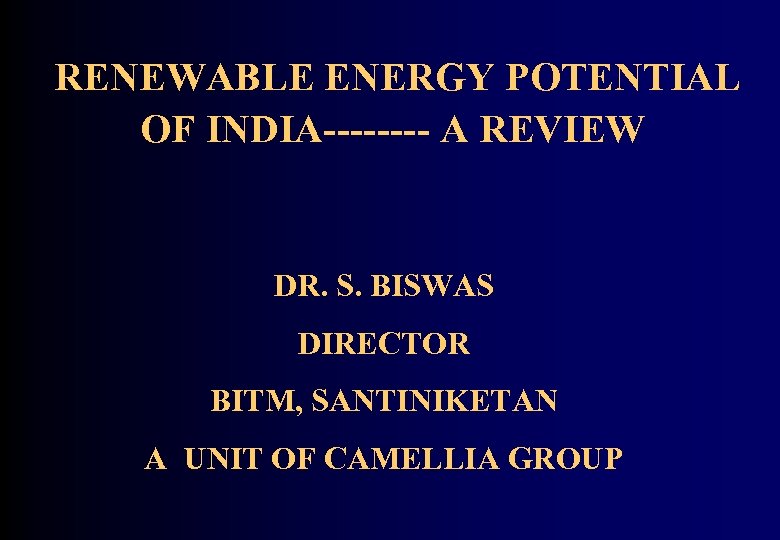 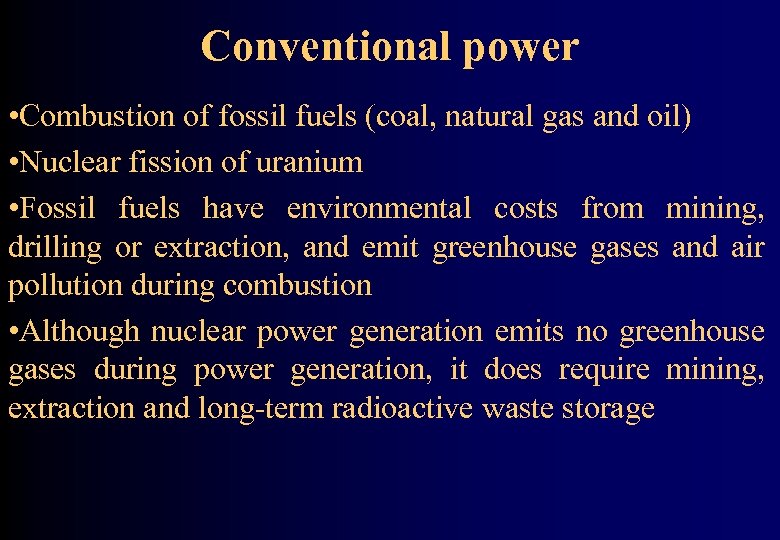 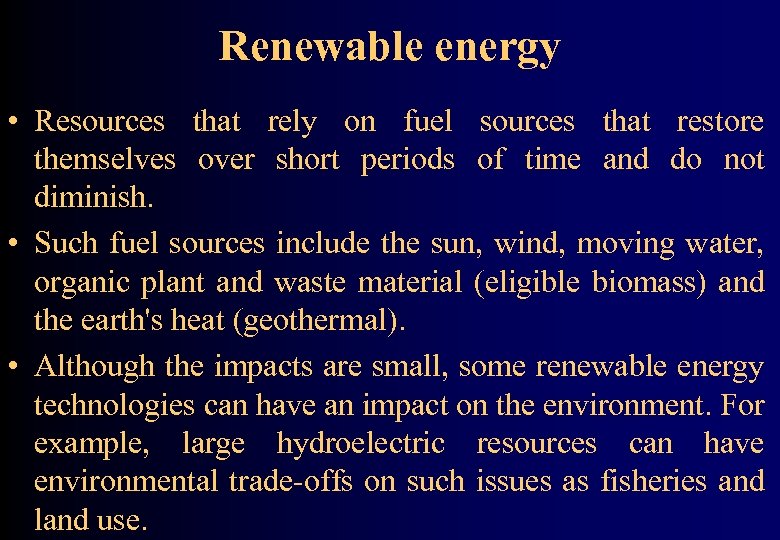 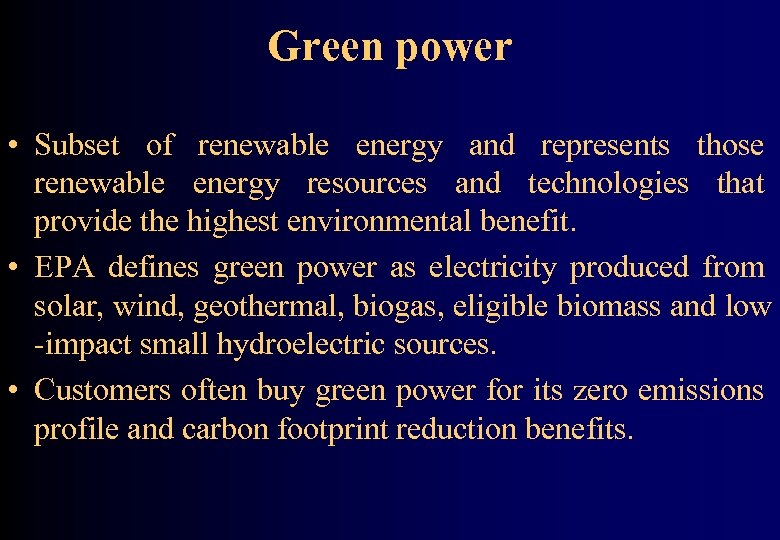 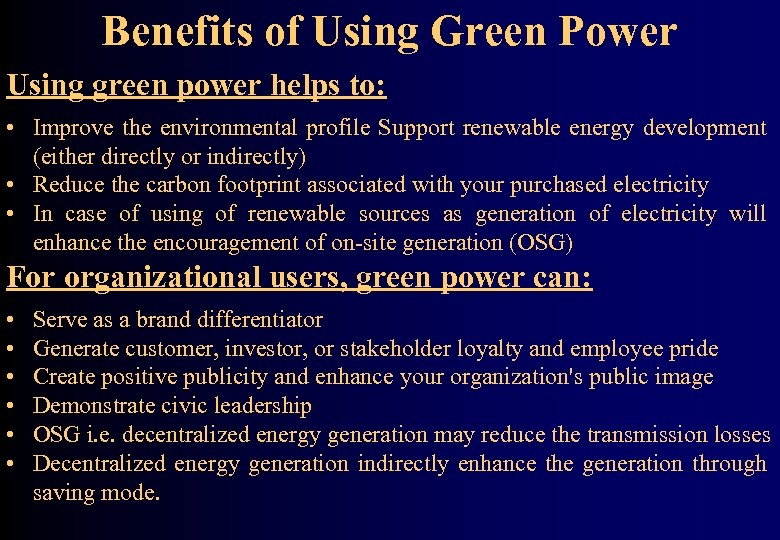 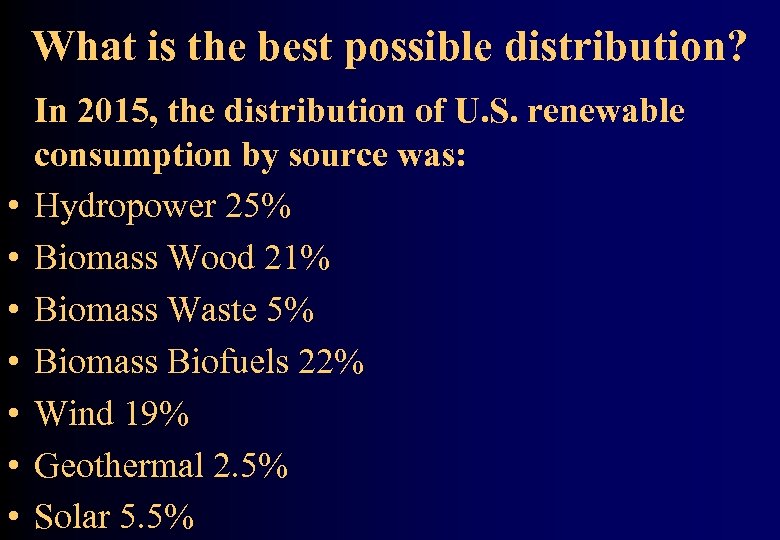 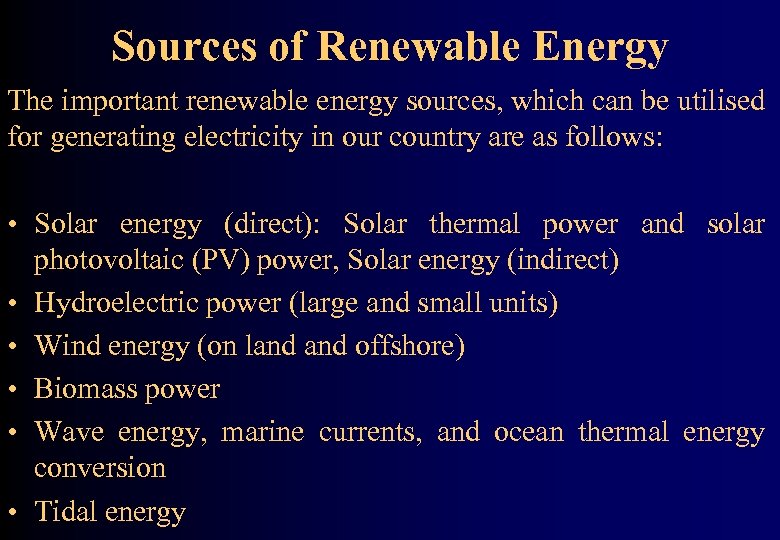 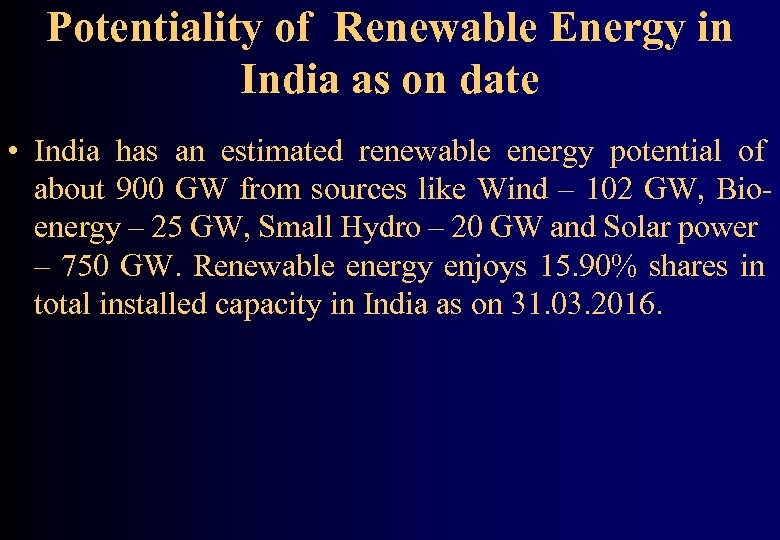 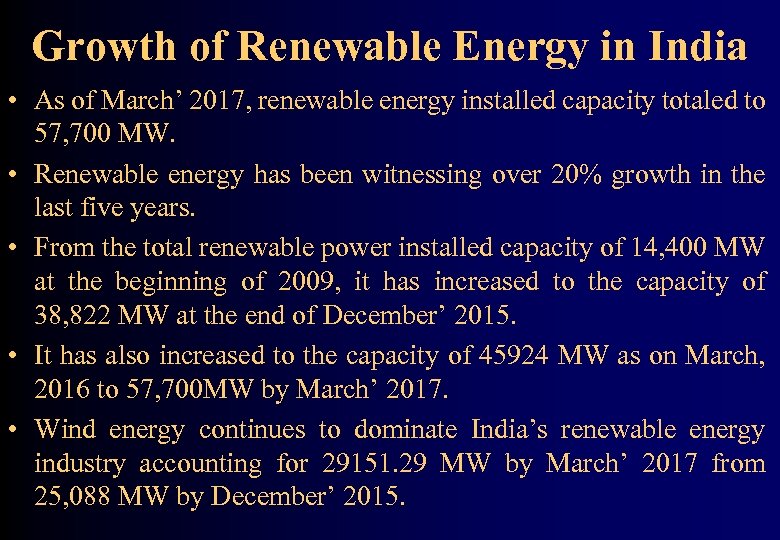 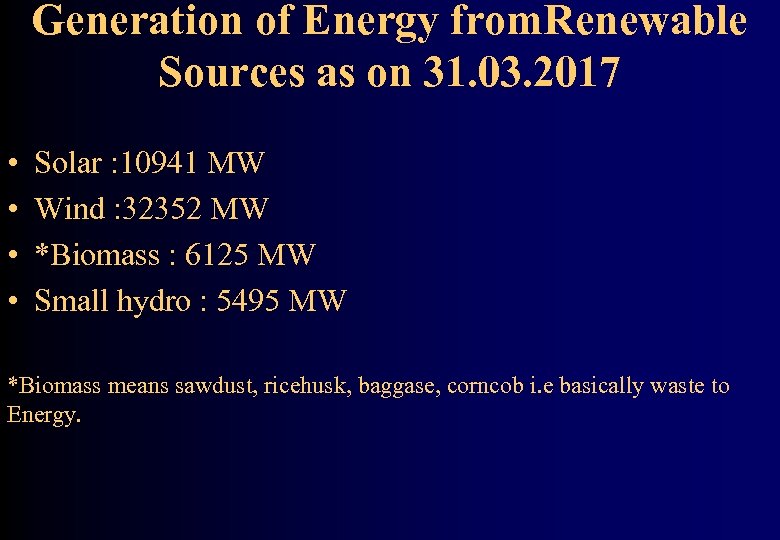 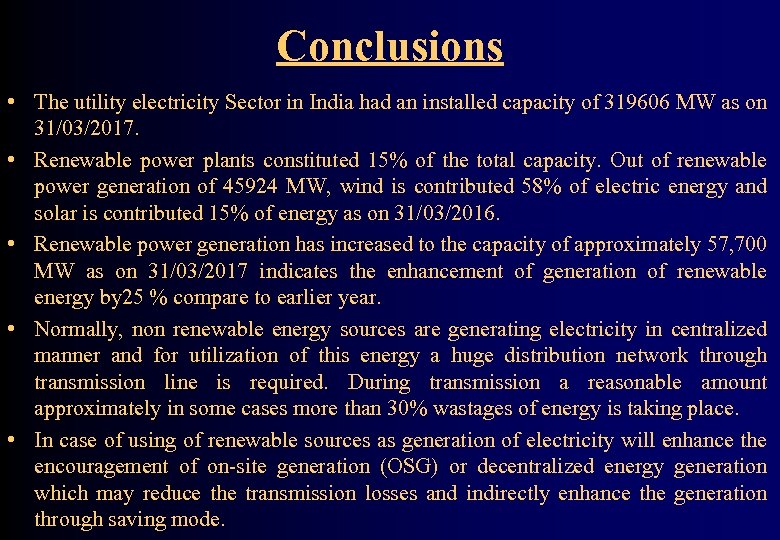 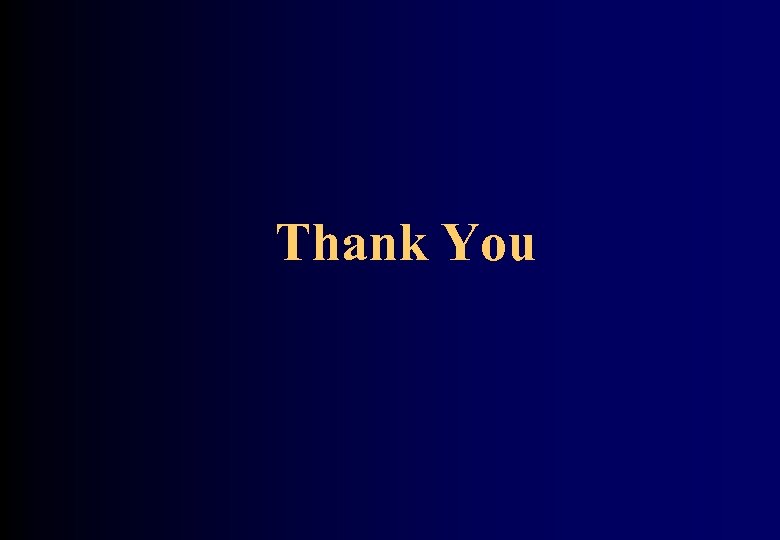 Renewable energy • Resources that rely on fuel sources that restore themselves over short periods of time and do not diminish. • Such fuel sources include the sun, wind, moving water, organic plant and waste material (eligible biomass) and the earth's heat (geothermal). • Although the impacts are small, some renewable energy technologies can have an impact on the environment. For example, large hydroelectric resources can have environmental trade-offs on such issues as fisheries and land use.

Conclusions • The utility electricity Sector in India had an installed capacity of 319606 MW as on 31/03/2017. • Renewable power plants constituted 15% of the total capacity. Out of renewable power generation of 45924 MW, wind is contributed 58% of electric energy and solar is contributed 15% of energy as on 31/03/2016. • Renewable power generation has increased to the capacity of approximately 57, 700 MW as on 31/03/2017 indicates the enhancement of generation of renewable energy by 25 % compare to earlier year. • Normally, non renewable energy sources are generating electricity in centralized manner and for utilization of this energy a huge distribution network through transmission line is required. During transmission a reasonable amount approximately in some cases more than 30% wastages of energy is taking place. • In case of using of renewable sources as generation of electricity will enhance the encouragement of on-site generation (OSG) or decentralized energy generation which may reduce the transmission losses and indirectly enhance the generation through saving mode.