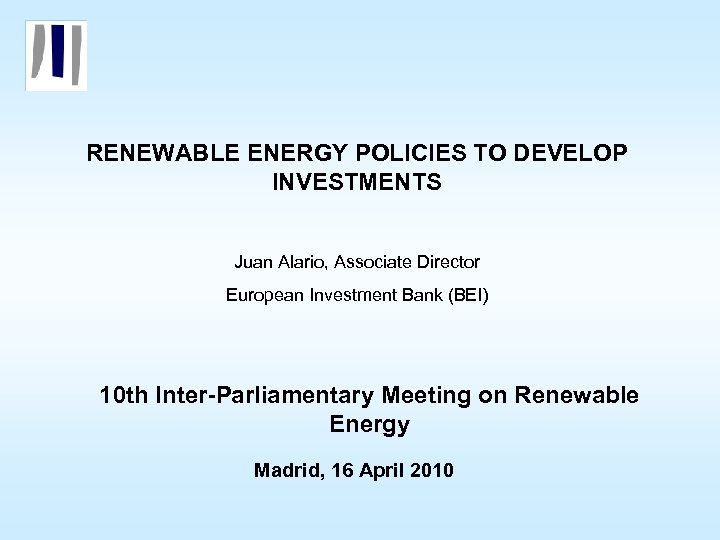 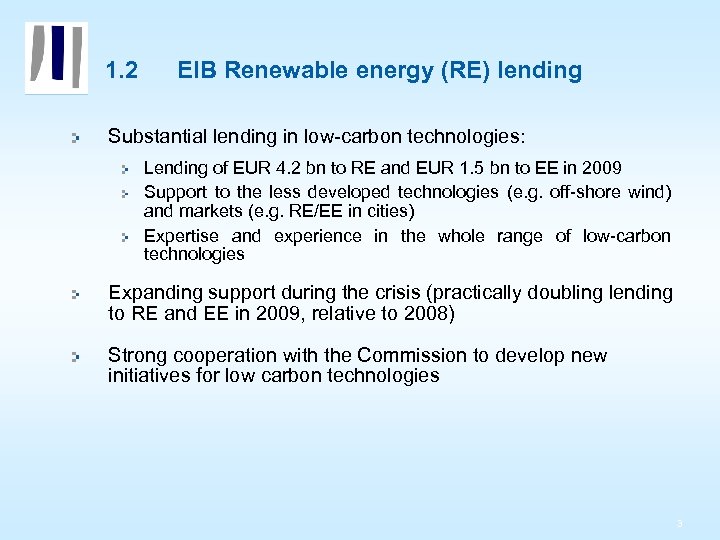 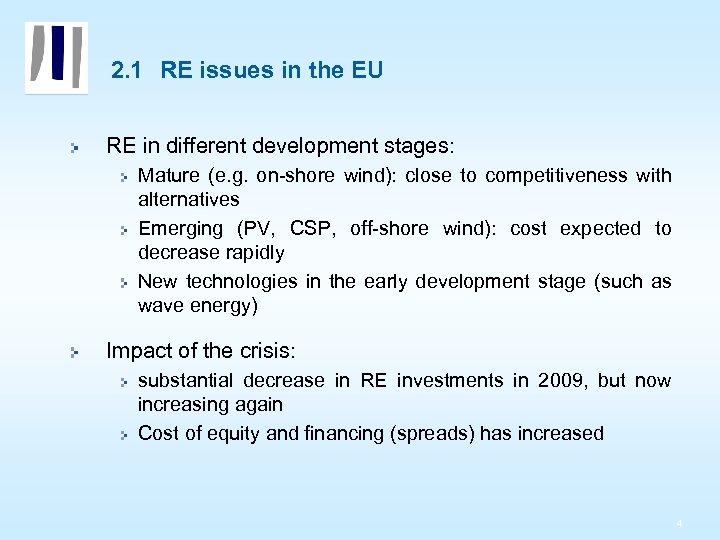 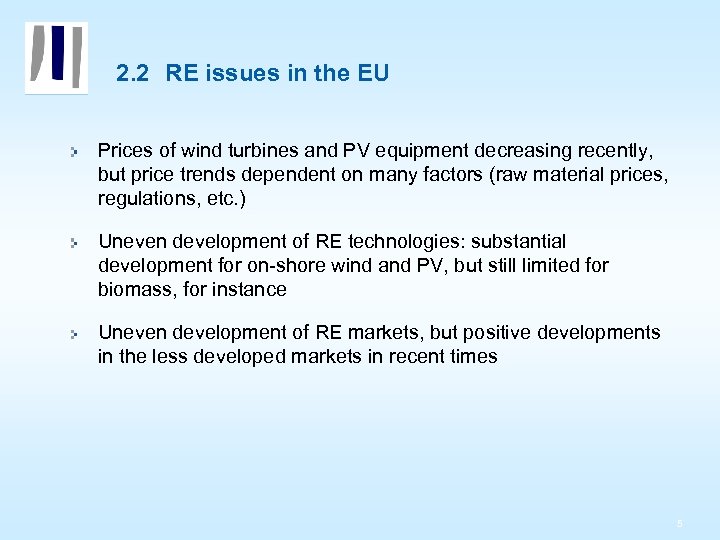 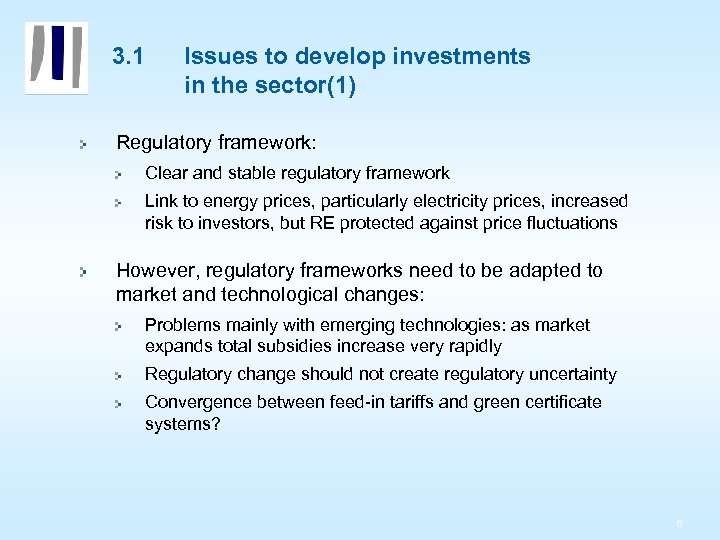 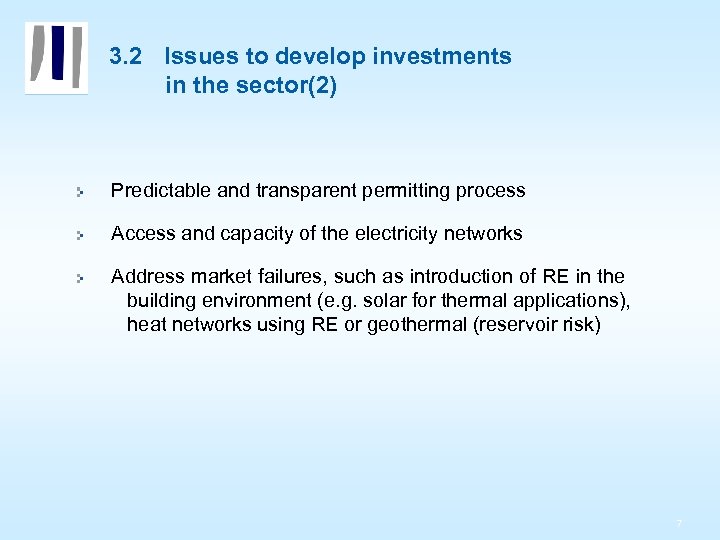 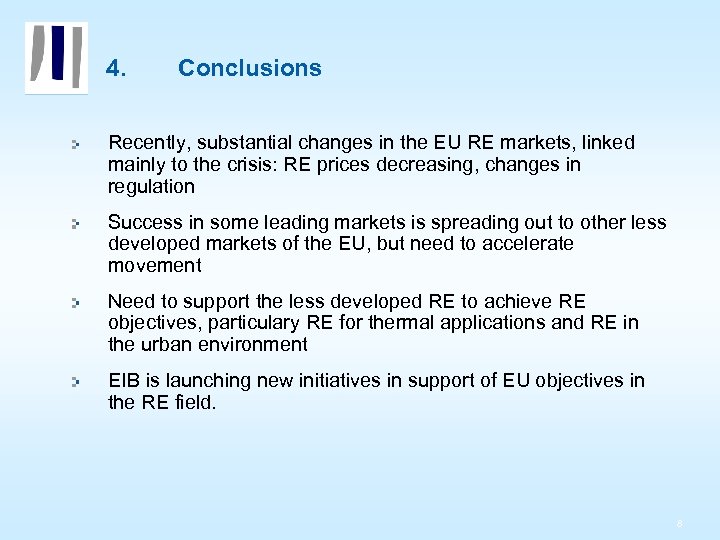 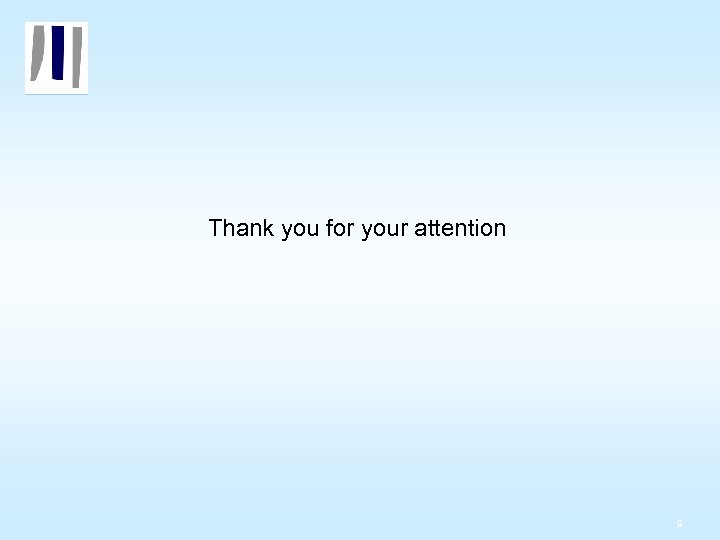 2. 1 RE issues in the EU RE in different development stages: Mature (e. g. on-shore wind): close to competitiveness with alternatives Emerging (PV, CSP, off-shore wind): cost expected to decrease rapidly New technologies in the early development stage (such as wave energy) Impact of the crisis: substantial decrease in RE investments in 2009, but now increasing again Cost of equity and financing (spreads) has increased 4

3. 2 Issues to develop investments in the sector(2) Predictable and transparent permitting process Access and capacity of the electricity networks Address market failures, such as introduction of RE in the building environment (e. g. solar for thermal applications), heat networks using RE or geothermal (reservoir risk) 7

4. Conclusions Recently, substantial changes in the EU RE markets, linked mainly to the crisis: RE prices decreasing, changes in regulation Success in some leading markets is spreading out to other less developed markets of the EU, but need to accelerate movement Need to support the less developed RE to achieve RE objectives, particulary RE for thermal applications and RE in the urban environment EIB is launching new initiatives in support of EU objectives in the RE field. 8

Thank you for your attention 9

ENERGY AND THE CHALLENGE OF SUSTAINABILITYBrynhildur Davidsdottir University

Geothermal Energy – energy from the Earth