Religion Equality L I To investigate 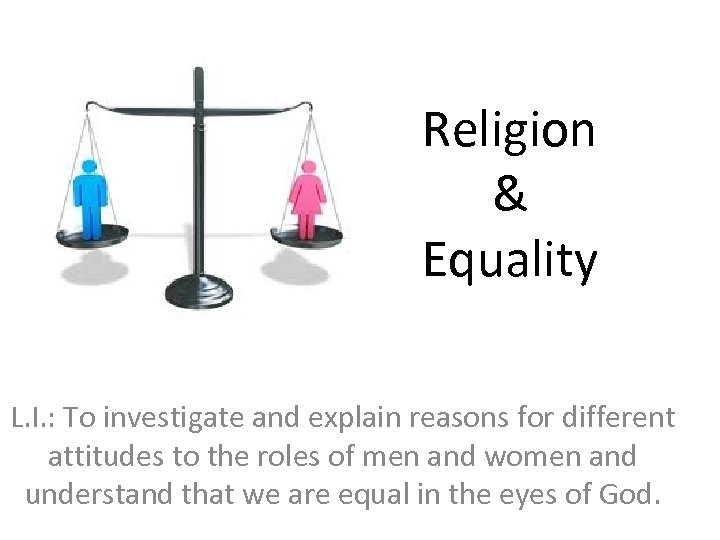 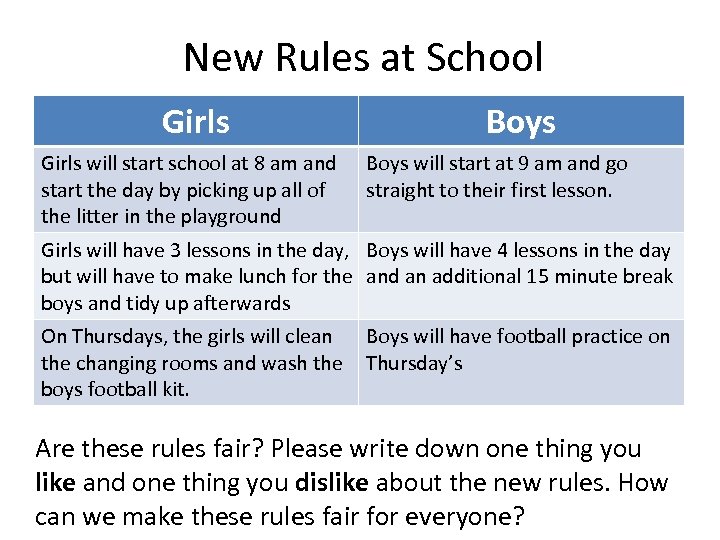 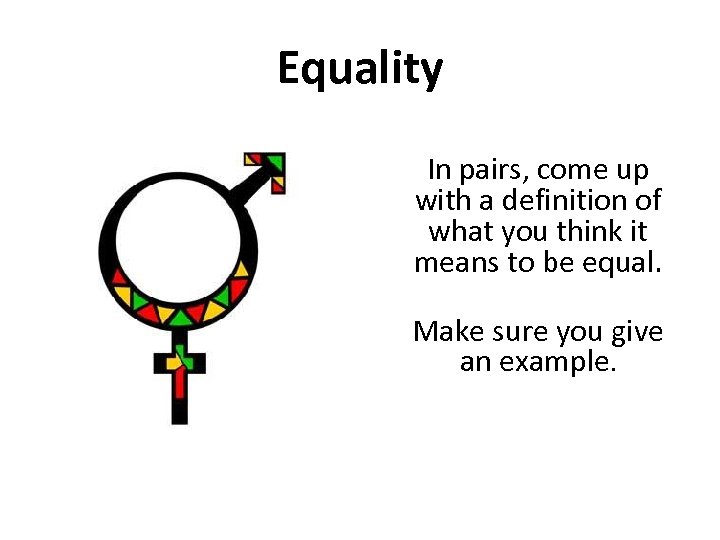 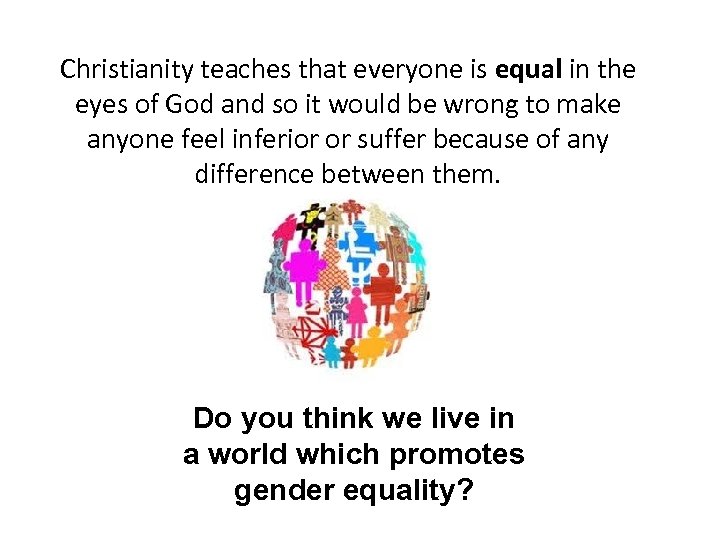 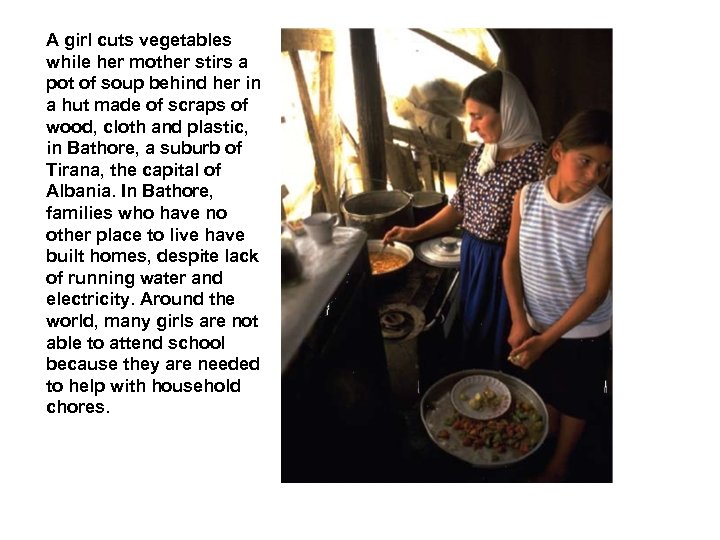 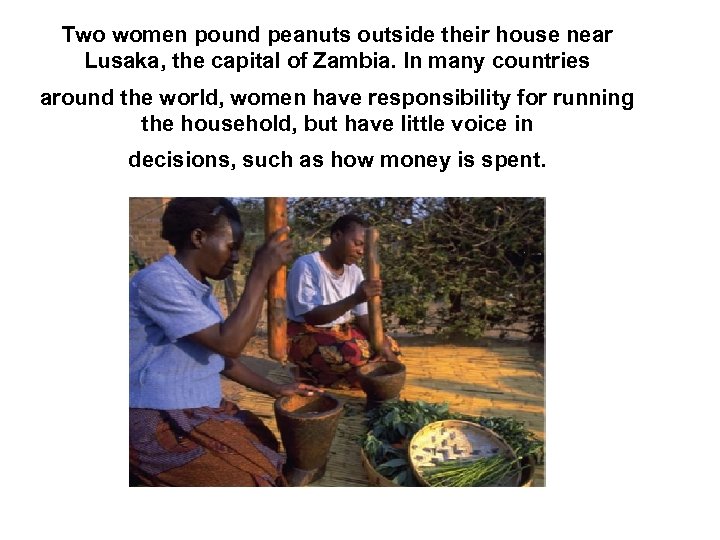 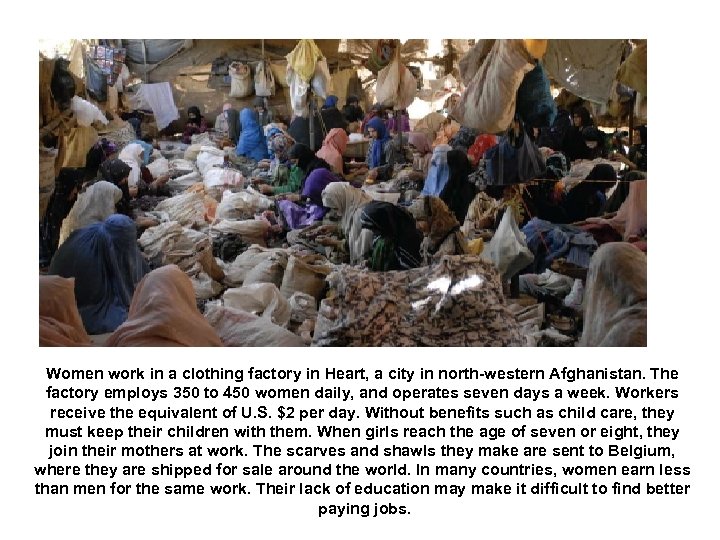 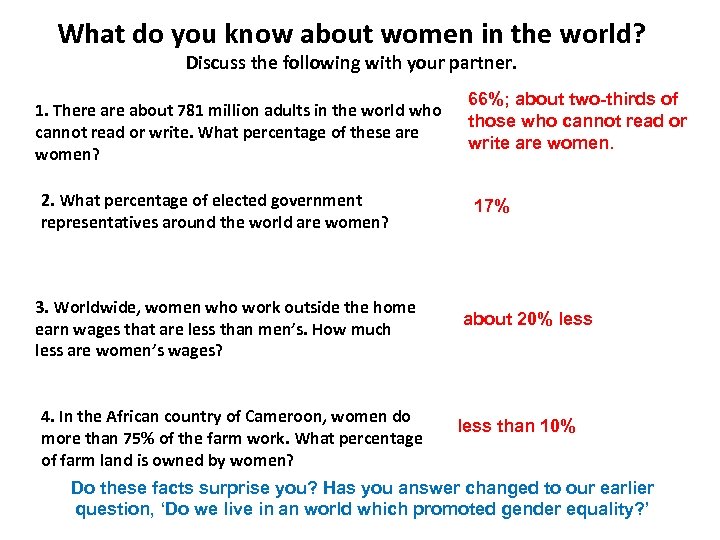 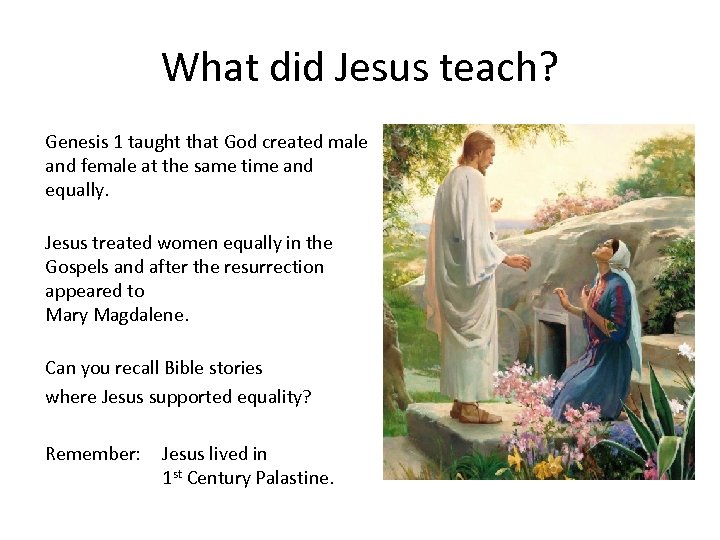 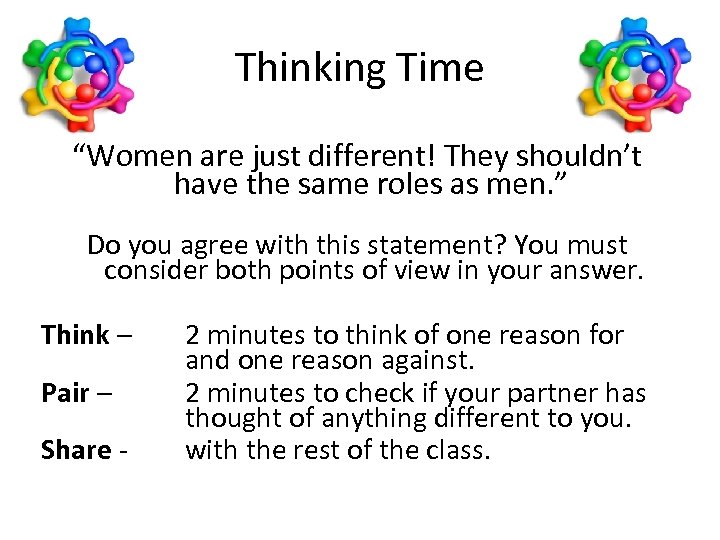 Religion & Equality L. I. : To investigate and explain reasons for different attitudes to the roles of men and women and understand that we are equal in the eyes of God.

New Rules at School Girls will start school at 8 am and start the day by picking up all of the litter in the playground Boys will start at 9 am and go straight to their first lesson. Girls will have 3 lessons in the day, Boys will have 4 lessons in the day but will have to make lunch for the and an additional 15 minute break boys and tidy up afterwards On Thursdays, the girls will clean the changing rooms and wash the boys football kit. Boys will have football practice on Thursday’s Are these rules fair? Please write down one thing you like and one thing you dislike about the new rules. How can we make these rules fair for everyone?

Equality In pairs, come up with a definition of what you think it means to be equal. Make sure you give an example.

Christianity teaches that everyone is equal in the eyes of God and so it would be wrong to make anyone feel inferior or suffer because of any difference between them. Do you think we live in a world which promotes gender equality?

A girl cuts vegetables while her mother stirs a pot of soup behind her in a hut made of scraps of wood, cloth and plastic, in Bathore, a suburb of Tirana, the capital of Albania. In Bathore, families who have no other place to live have built homes, despite lack of running water and electricity. Around the world, many girls are not able to attend school because they are needed to help with household chores.

Two women pound peanuts outside their house near Lusaka, the capital of Zambia. In many countries around the world, women have responsibility for running the household, but have little voice in decisions, such as how money is spent.

Women work in a clothing factory in Heart, a city in north-western Afghanistan. The factory employs 350 to 450 women daily, and operates seven days a week. Workers receive the equivalent of U. S. $2 per day. Without benefits such as child care, they must keep their children with them. When girls reach the age of seven or eight, they join their mothers at work. The scarves and shawls they make are sent to Belgium, where they are shipped for sale around the world. In many countries, women earn less than men for the same work. Their lack of education may make it difficult to find better paying jobs.

What do you know about women in the world? Discuss the following with your partner. 1. There about 781 million adults in the world who cannot read or write. What percentage of these are women? 2. What percentage of elected government representatives around the world are women? 3. Worldwide, women who work outside the home earn wages that are less than men’s. How much less are women’s wages? 4. In the African country of Cameroon, women do more than 75% of the farm work. What percentage of farm land is owned by women? 66%; about two-thirds of those who cannot read or write are women. 17% about 20% less than 10% Do these facts surprise you? Has you answer changed to our earlier question, ‘Do we live in an world which promoted gender equality? ’

What did Jesus teach? Genesis 1 taught that God created male and female at the same time and equally. Jesus treated women equally in the Gospels and after the resurrection appeared to Mary Magdalene. Can you recall Bible stories where Jesus supported equality? Remember: Jesus lived in 1 st Century Palastine.

Thinking Time “Women are just different! They shouldn’t have the same roles as men. ” Do you agree with this statement? You must consider both points of view in your answer. Think – Pair – Share - 2 minutes to think of one reason for and one reason against. 2 minutes to check if your partner has thought of anything different to you. with the rest of the class.

TOPIC 4. IDEOLOGY, RELIGION, AND POLITICS: THE

Culture a nd its impacts