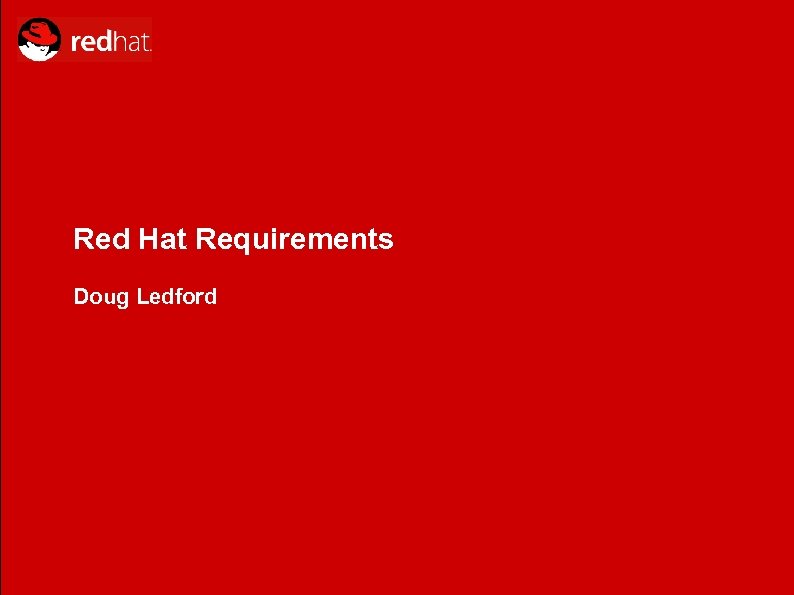 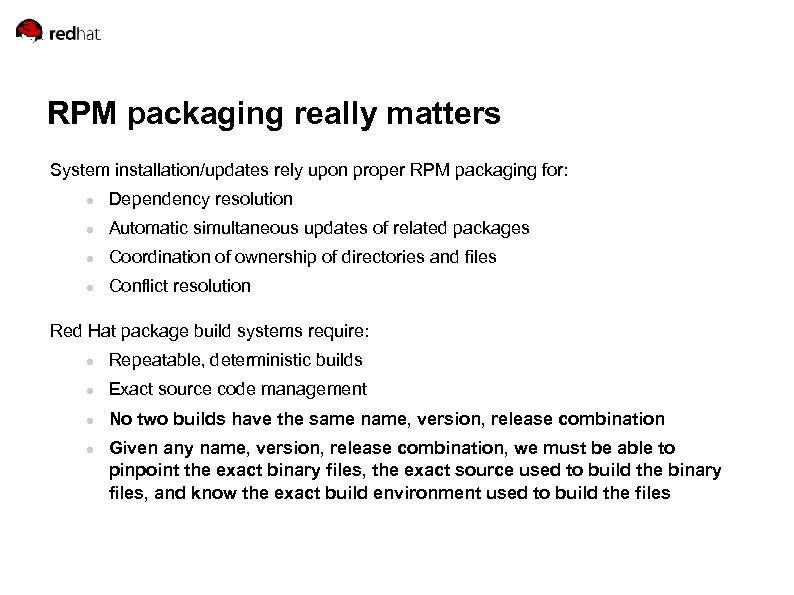 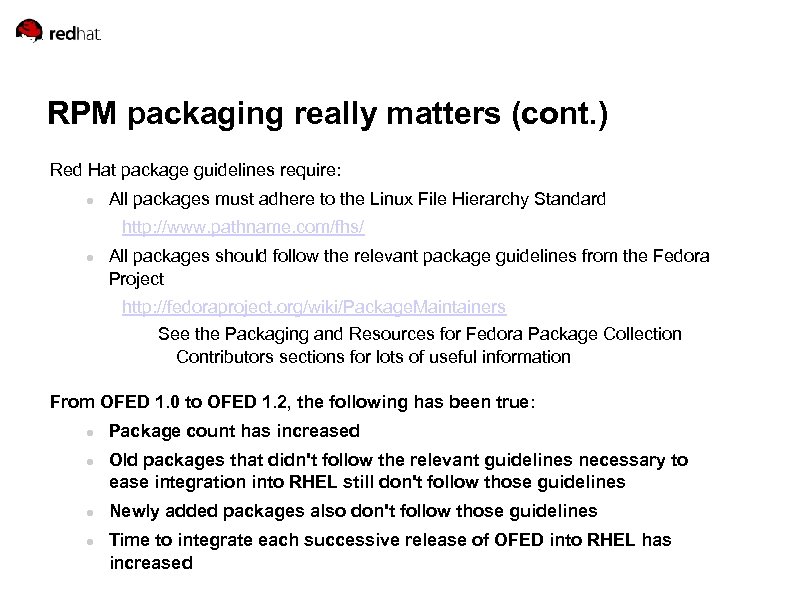 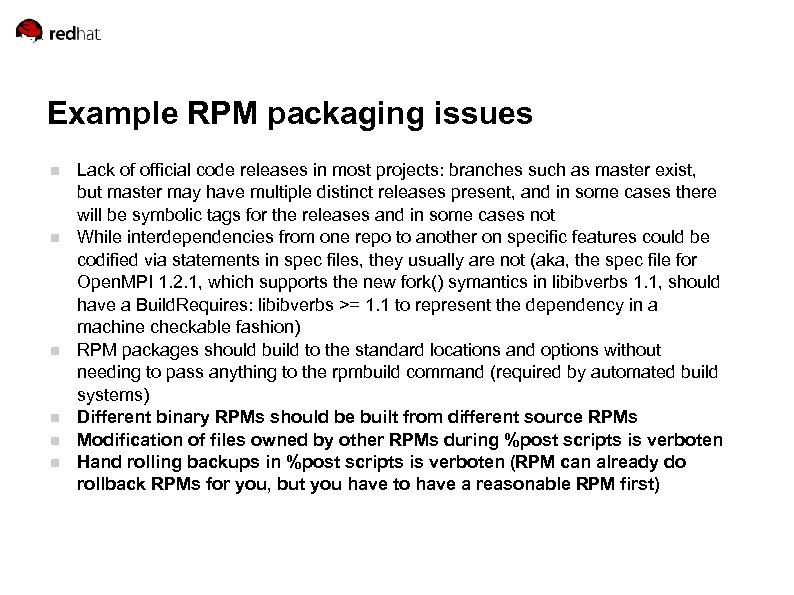 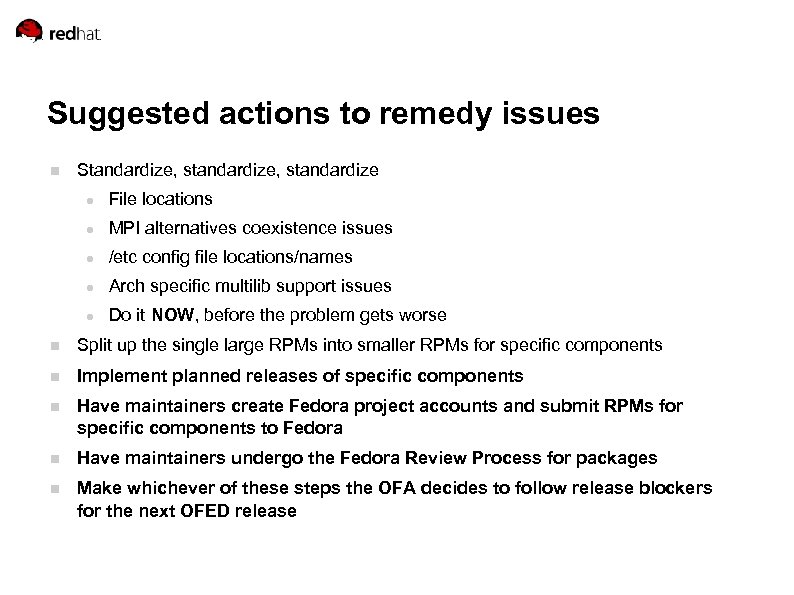 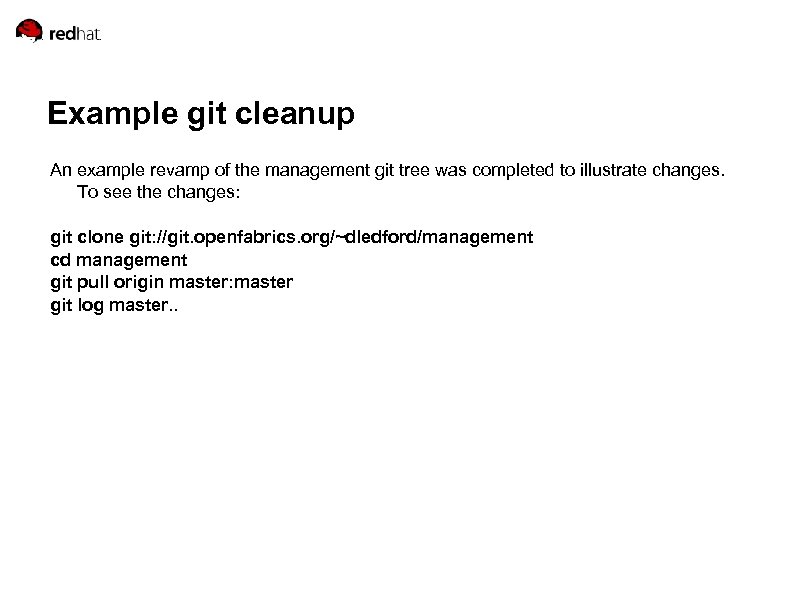 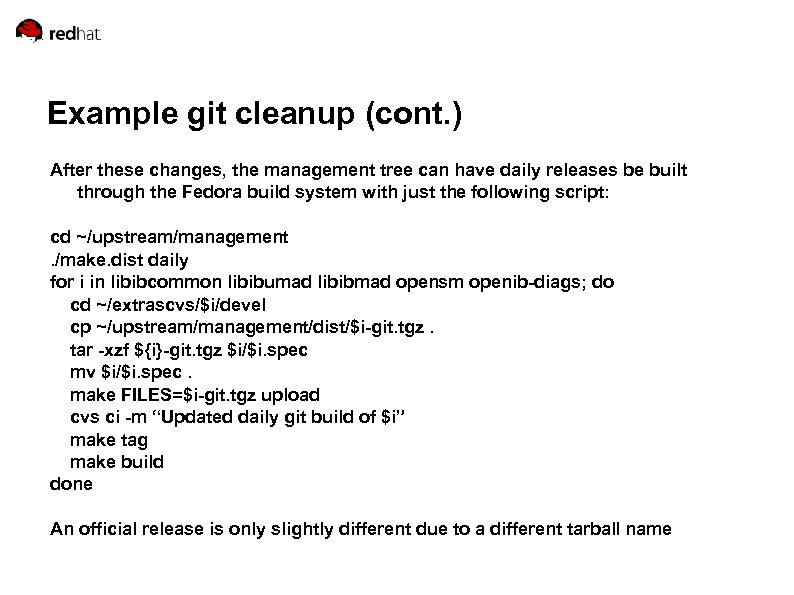 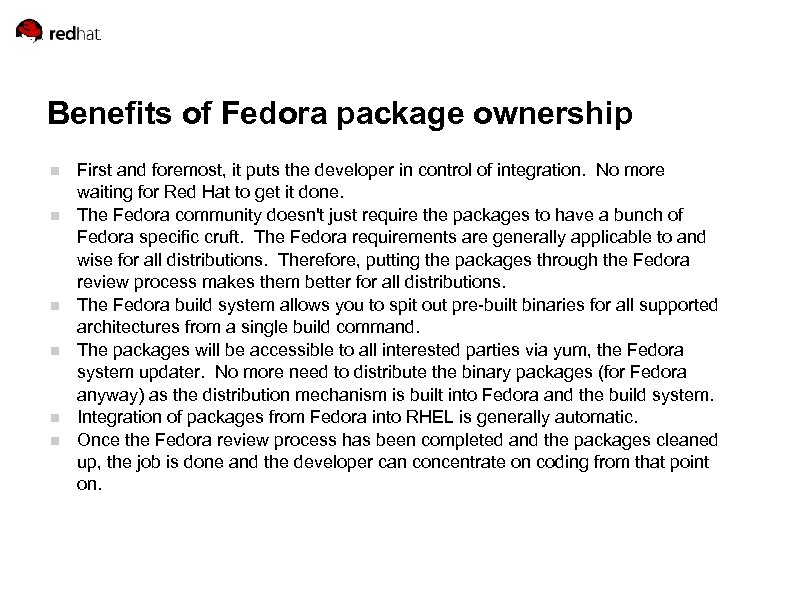 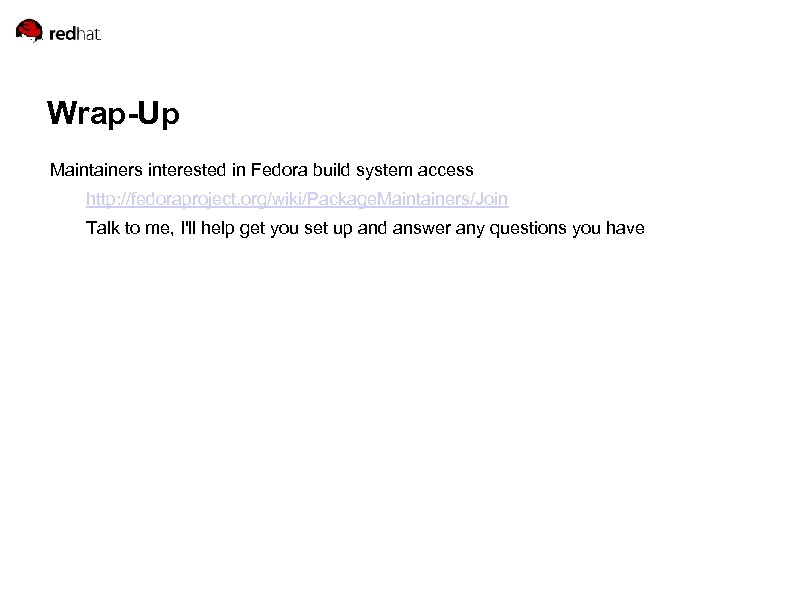 Example RPM packaging issues Lack of official code releases in most projects: branches such as master exist, but master may have multiple distinct releases present, and in some cases there will be symbolic tags for the releases and in some cases not While interdependencies from one repo to another on specific features could be codified via statements in spec files, they usually are not (aka, the spec file for Open. MPI 1. 2. 1, which supports the new fork() symantics in libibverbs 1. 1, should have a Build. Requires: libibverbs >= 1. 1 to represent the dependency in a machine checkable fashion) RPM packages should build to the standard locations and options without needing to pass anything to the rpmbuild command (required by automated build systems) Different binary RPMs should be built from different source RPMs Modification of files owned by other RPMs during %post scripts is verboten Hand rolling backups in %post scripts is verboten (RPM can already do rollback RPMs for you, but you have to have a reasonable RPM first)

Benefits of Fedora package ownership First and foremost, it puts the developer in control of integration. No more waiting for Red Hat to get it done. The Fedora community doesn't just require the packages to have a bunch of Fedora specific cruft. The Fedora requirements are generally applicable to and wise for all distributions. Therefore, putting the packages through the Fedora review process makes them better for all distributions. The Fedora build system allows you to spit out pre-built binaries for all supported architectures from a single build command. The packages will be accessible to all interested parties via yum, the Fedora system updater. No more need to distribute the binary packages (for Fedora anyway) as the distribution mechanism is built into Fedora and the build system. Integration of packages from Fedora into RHEL is generally automatic. Once the Fedora review process has been completed and the packages cleaned up, the job is done and the developer can concentrate on coding from that point on.

Wrap-Up Maintainers interested in Fedora build system access http: //fedoraproject. org/wiki/Package. Maintainers/Join Talk to me, I'll help get you set up and answer any questions you have