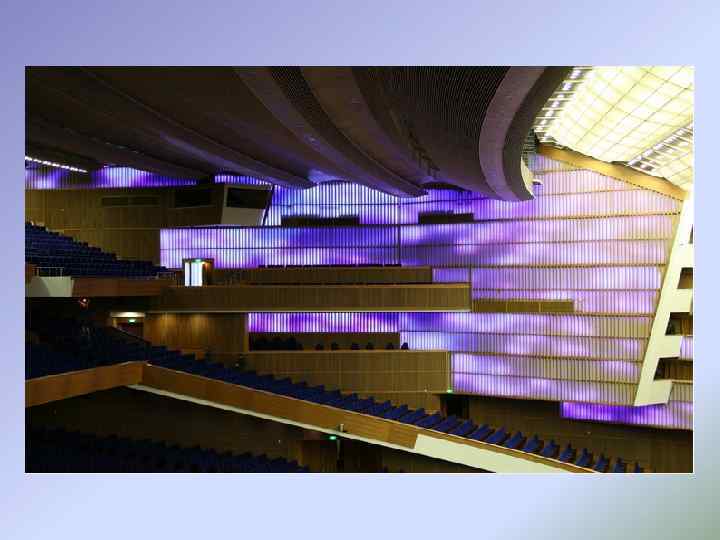 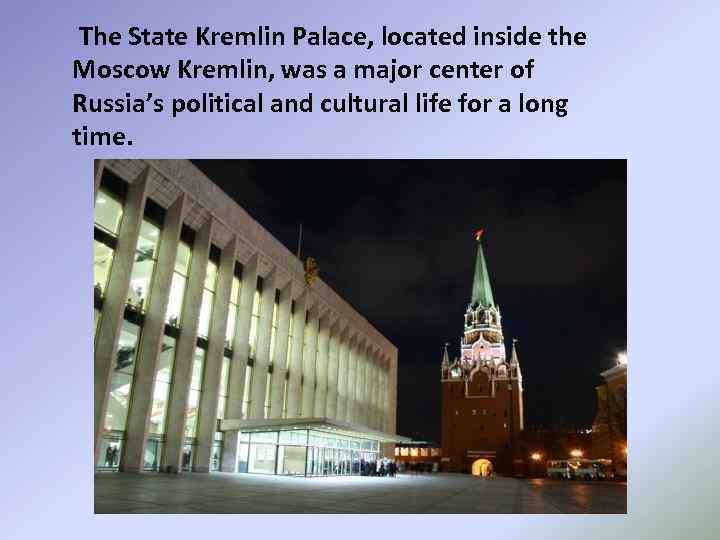 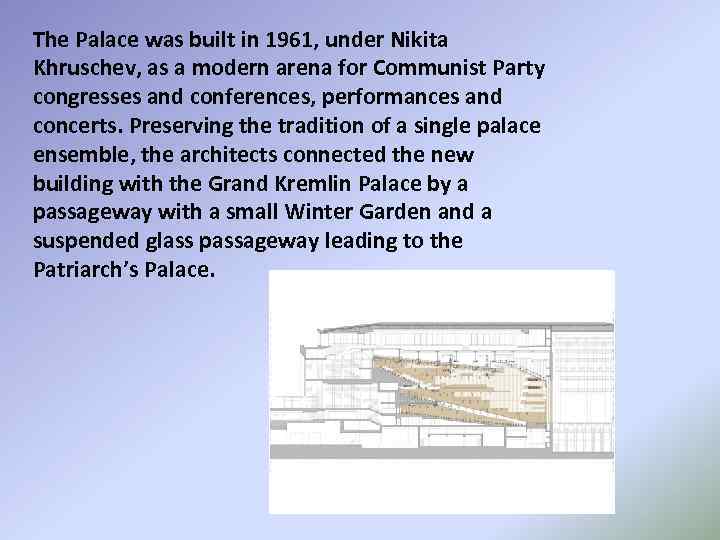 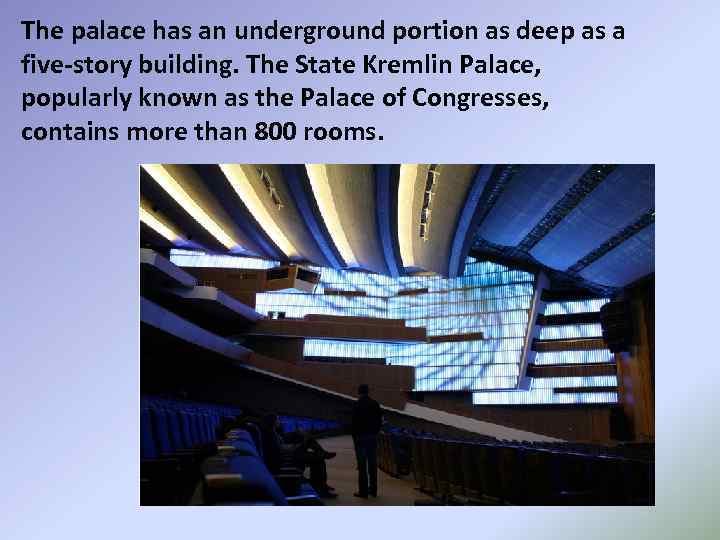 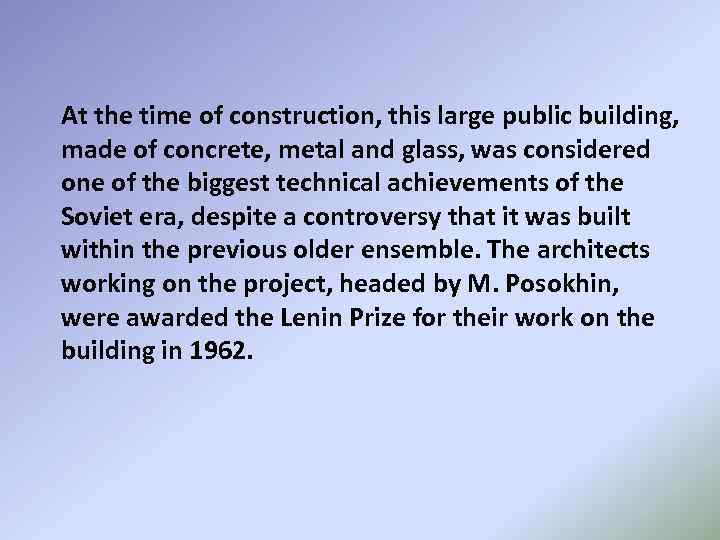 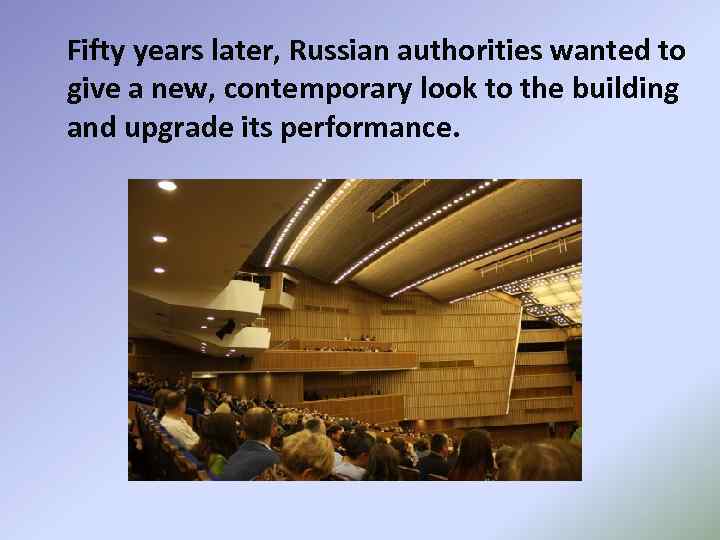 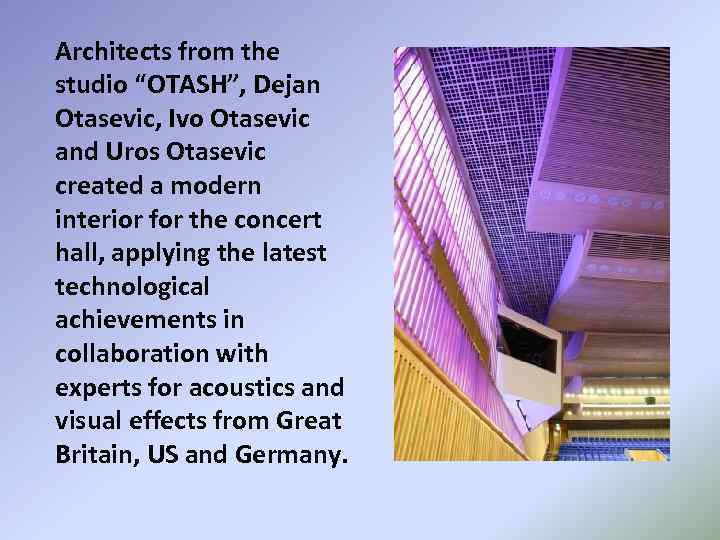 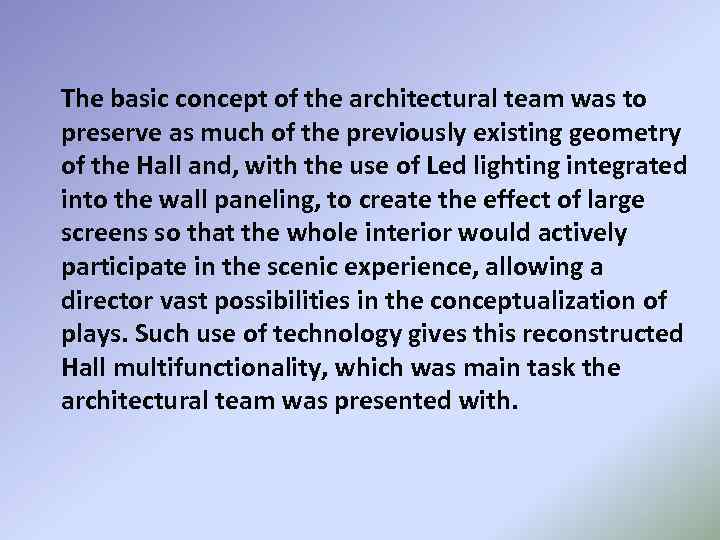 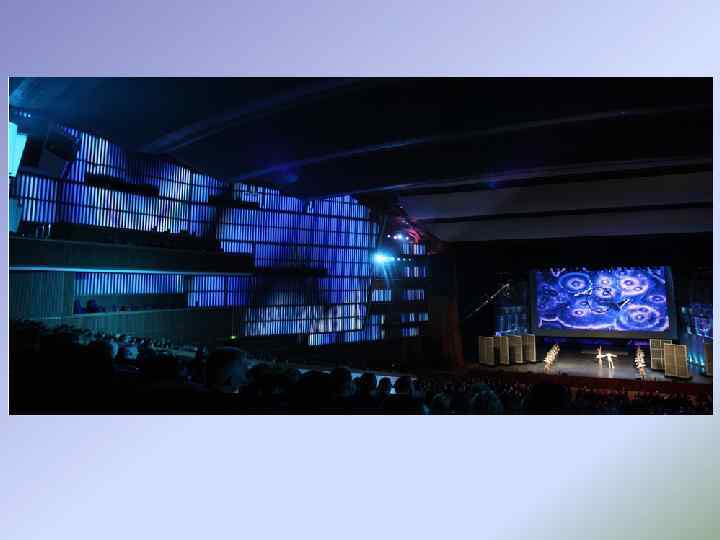 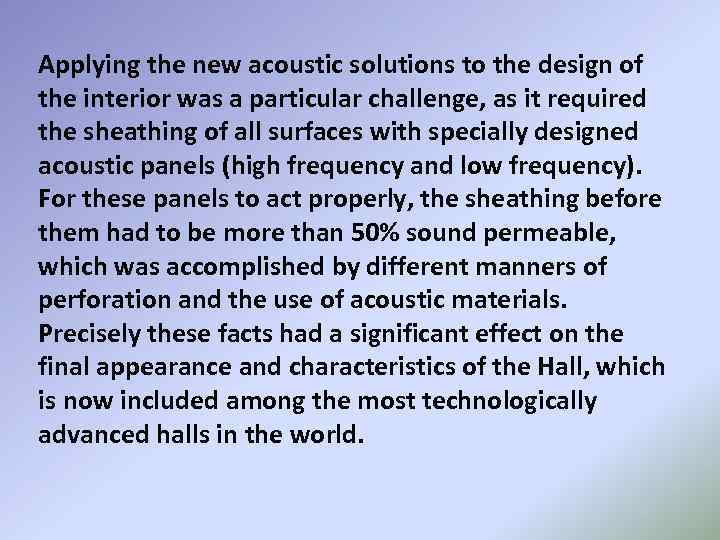 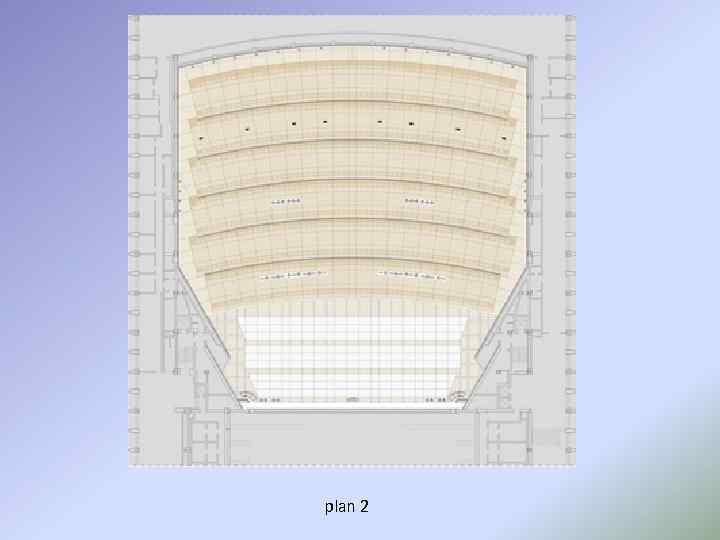 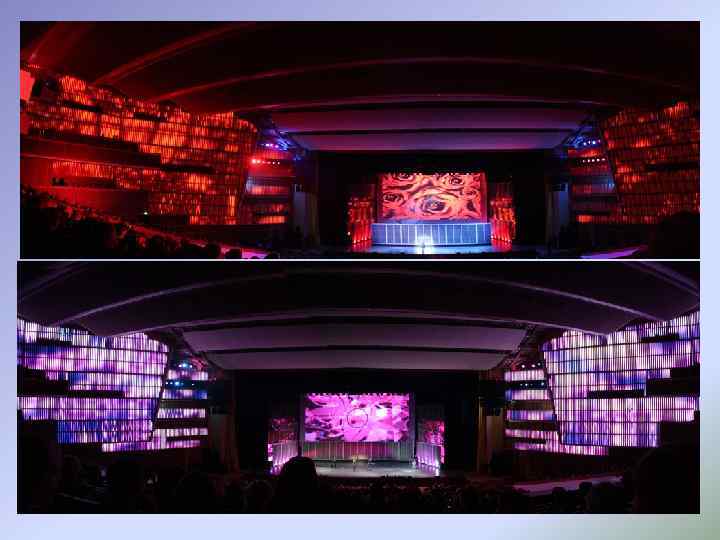 The State Kremlin Palace, located inside the Moscow Kremlin, was a major center of Russia’s political and cultural life for a long time.

The Palace was built in 1961, under Nikita Khruschev, as a modern arena for Communist Party congresses and conferences, performances and concerts. Preserving the tradition of a single palace ensemble, the architects connected the new building with the Grand Kremlin Palace by a passageway with a small Winter Garden and a suspended glass passageway leading to the Patriarch’s Palace.

The palace has an underground portion as deep as a five-story building. The State Kremlin Palace, popularly known as the Palace of Congresses, contains more than 800 rooms.

At the time of construction, this large public building, made of concrete, metal and glass, was considered one of the biggest technical achievements of the Soviet era, despite a controversy that it was built within the previous older ensemble. The architects working on the project, headed by M. Posokhin, were awarded the Lenin Prize for their work on the building in 1962.

Fifty years later, Russian authorities wanted to give a new, contemporary look to the building and upgrade its performance.

Architects from the studio “OTASH”, Dejan Otasevic, Ivo Otasevic and Uros Otasevic created a modern interior for the concert hall, applying the latest technological achievements in collaboration with experts for acoustics and visual effects from Great Britain, US and Germany.

The basic concept of the architectural team was to preserve as much of the previously existing geometry of the Hall and, with the use of Led lighting integrated into the wall paneling, to create the effect of large screens so that the whole interior would actively participate in the scenic experience, allowing a director vast possibilities in the conceptualization of plays. Such use of technology gives this reconstructed Hall multifunctionality, which was main task the architectural team was presented with.

Applying the new acoustic solutions to the design of the interior was a particular challenge, as it required the sheathing of all surfaces with specially designed acoustic panels (high frequency and low frequency). For these panels to act properly, the sheathing before them had to be more than 50% sound permeable, which was accomplished by different manners of perforation and the use of acoustic materials. Precisely these facts had a significant effect on the final appearance and characteristics of the Hall, which is now included among the most technologically advanced halls in the world.