Reasons for Confederation 1 Political Deadlock and the 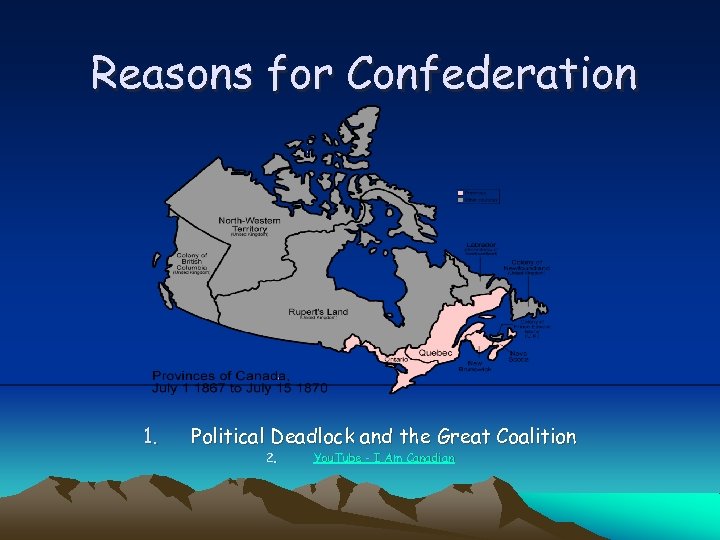 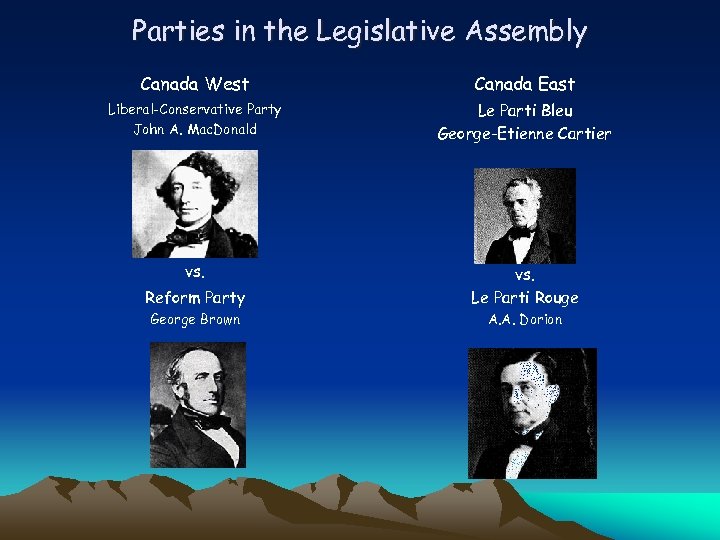 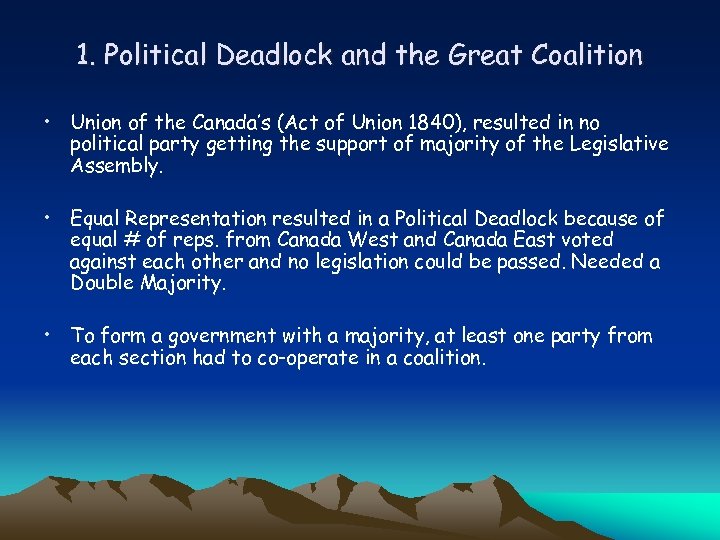 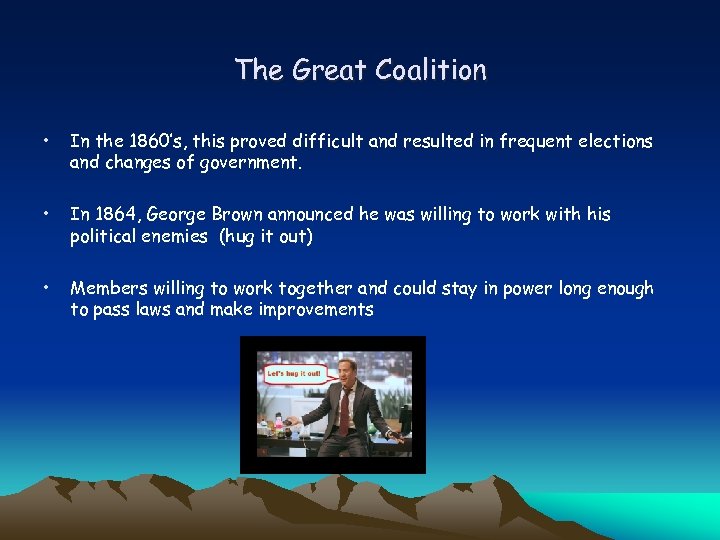 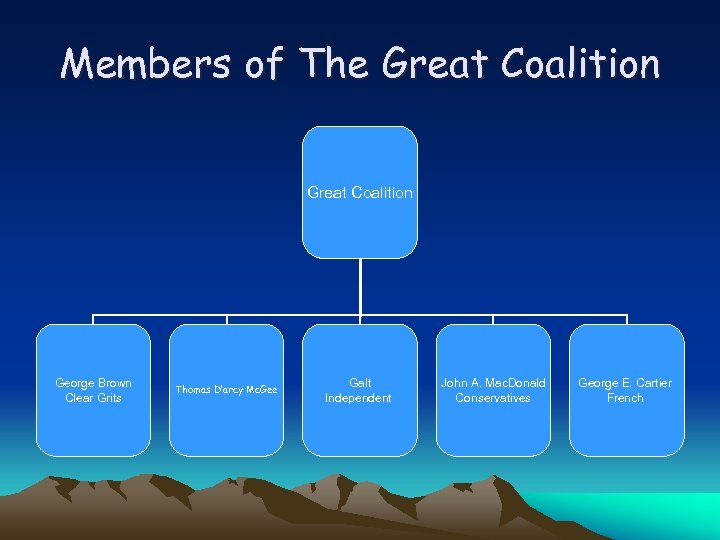 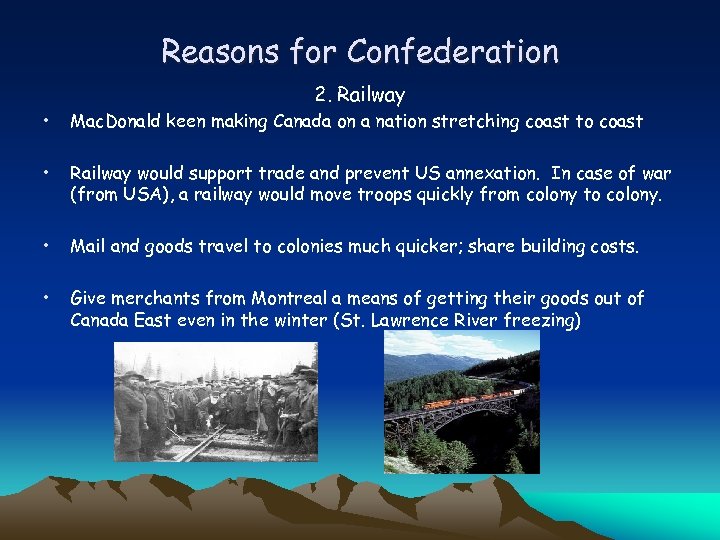 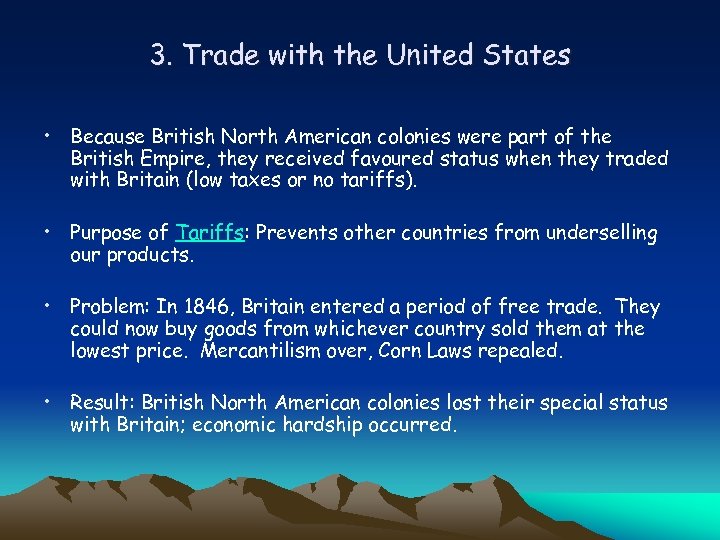 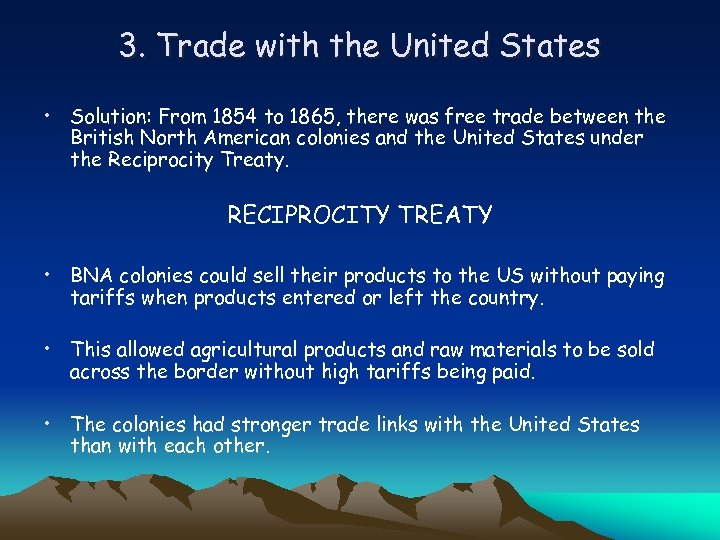 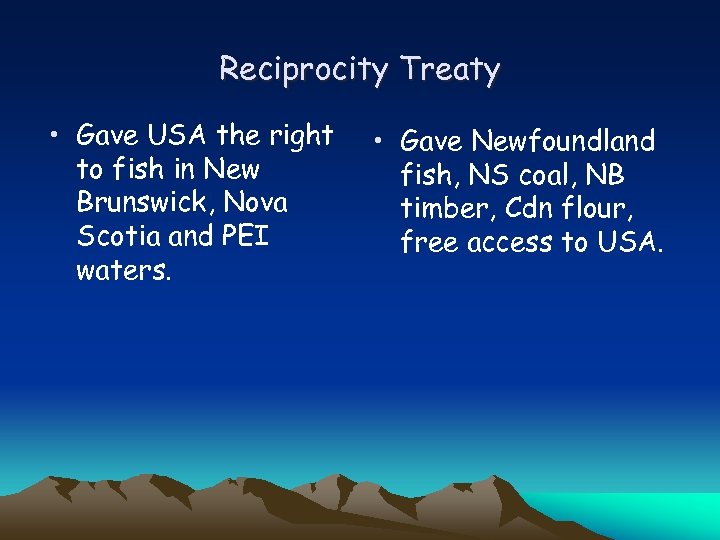 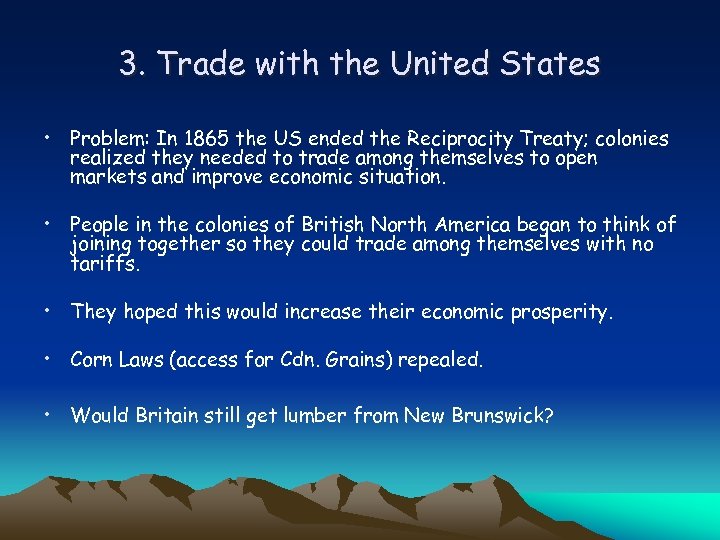 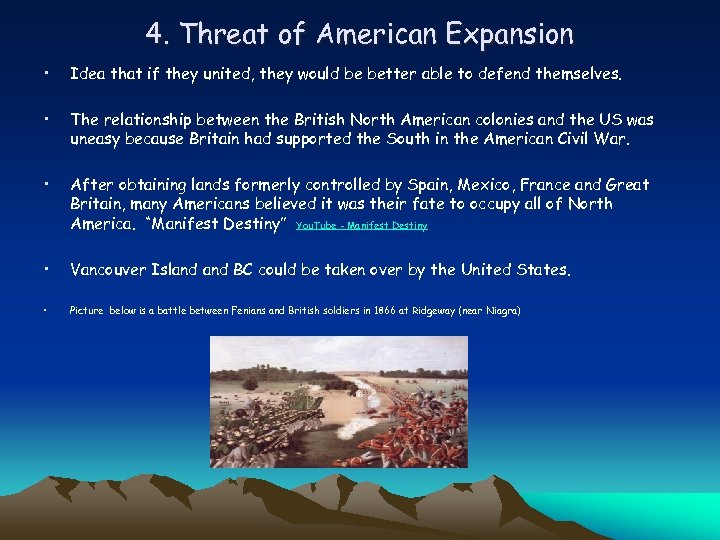 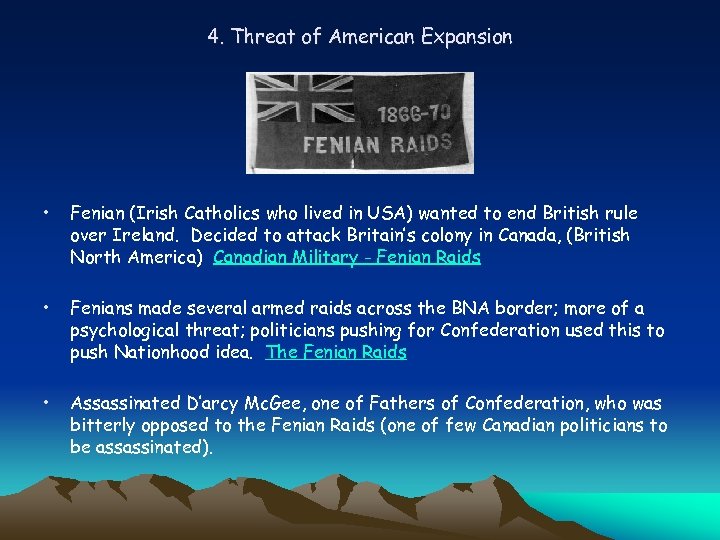 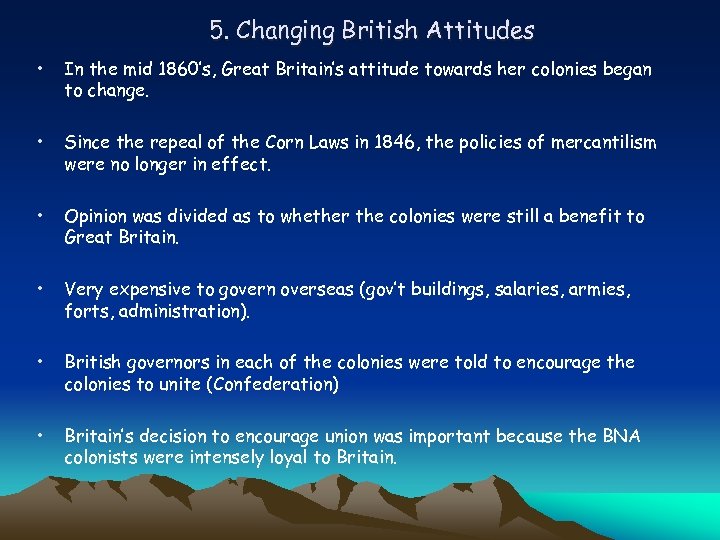 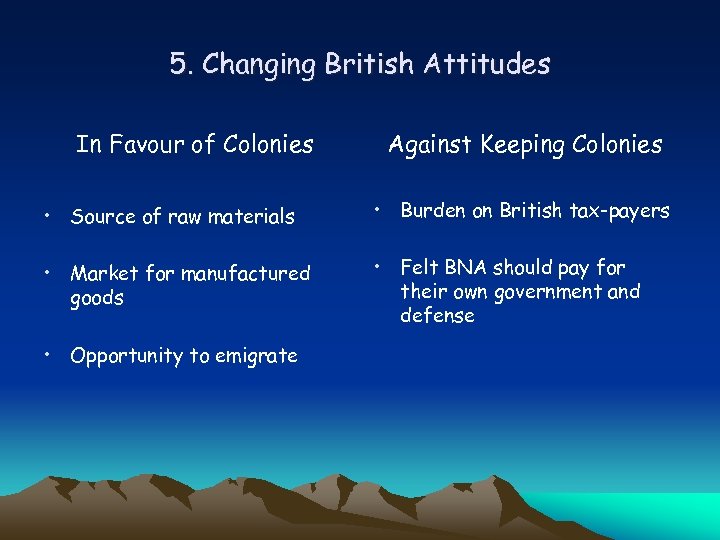 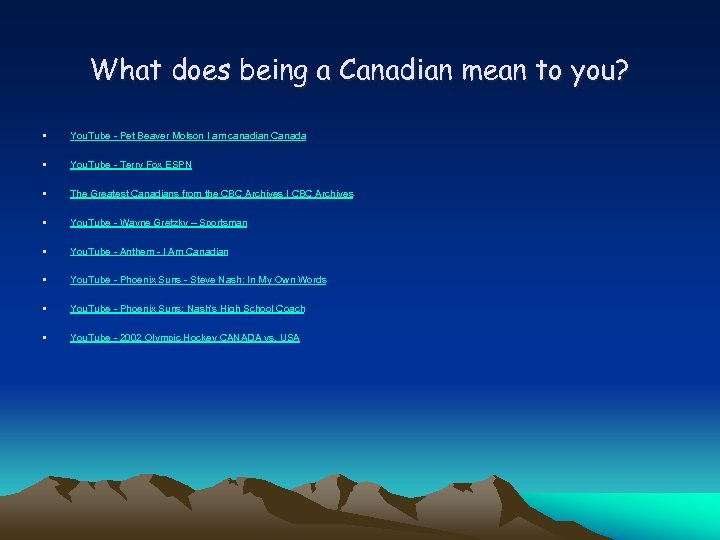 Скачать презентацию Reasons for Confederation 1 Political Deadlock and the

Reasons for Confederation 1. Political Deadlock and the Great Coalition 2. You. Tube - I Am Canadian

1. Political Deadlock and the Great Coalition • Union of the Canada’s (Act of Union 1840), resulted in no political party getting the support of majority of the Legislative Assembly. • Equal Representation resulted in a Political Deadlock because of equal # of reps. from Canada West and Canada East voted against each other and no legislation could be passed. Needed a Double Majority. • To form a government with a majority, at least one party from each section had to co-operate in a coalition.

The Great Coalition • In the 1860’s, this proved difficult and resulted in frequent elections and changes of government. • In 1864, George Brown announced he was willing to work with his political enemies (hug it out) • Members willing to work together and could stay in power long enough to pass laws and make improvements

Reasons for Confederation 2. Railway • Mac. Donald keen making Canada on a nation stretching coast to coast • Railway would support trade and prevent US annexation. In case of war (from USA), a railway would move troops quickly from colony to colony. • Mail and goods travel to colonies much quicker; share building costs. • Give merchants from Montreal a means of getting their goods out of Canada East even in the winter (St. Lawrence River freezing)

3. Trade with the United States • Because British North American colonies were part of the British Empire, they received favoured status when they traded with Britain (low taxes or no tariffs). • Purpose of Tariffs: Prevents other countries from underselling our products. • Problem: In 1846, Britain entered a period of free trade. They could now buy goods from whichever country sold them at the lowest price. Mercantilism over, Corn Laws repealed. • Result: British North American colonies lost their special status with Britain; economic hardship occurred.

3. Trade with the United States • Solution: From 1854 to 1865, there was free trade between the British North American colonies and the United States under the Reciprocity Treaty. RECIPROCITY TREATY • BNA colonies could sell their products to the US without paying tariffs when products entered or left the country. • This allowed agricultural products and raw materials to be sold across the border without high tariffs being paid. • The colonies had stronger trade links with the United States than with each other.

3. Trade with the United States • Problem: In 1865 the US ended the Reciprocity Treaty; colonies realized they needed to trade among themselves to open markets and improve economic situation. • People in the colonies of British North America began to think of joining together so they could trade among themselves with no tariffs. • They hoped this would increase their economic prosperity. • Corn Laws (access for Cdn. Grains) repealed. • Would Britain still get lumber from New Brunswick?

4. Threat of American Expansion • Idea that if they united, they would be better able to defend themselves. • The relationship between the British North American colonies and the US was uneasy because Britain had supported the South in the American Civil War. • After obtaining lands formerly controlled by Spain, Mexico, France and Great Britain, many Americans believed it was their fate to occupy all of North America. “Manifest Destiny” You. Tube - Manifest Destiny • Vancouver Island BC could be taken over by the United States. • Picture below is a battle between Fenians and British soldiers in 1866 at Ridgeway (near Niagra)

4. Threat of American Expansion • Fenian (Irish Catholics who lived in USA) wanted to end British rule over Ireland. Decided to attack Britain’s colony in Canada, (British North America) Canadian Military - Fenian Raids • Fenians made several armed raids across the BNA border; more of a psychological threat; politicians pushing for Confederation used this to push Nationhood idea. The Fenian Raids • Assassinated D’arcy Mc. Gee, one of Fathers of Confederation, who was bitterly opposed to the Fenian Raids (one of few Canadian politicians to be assassinated).

5. Changing British Attitudes • In the mid 1860’s, Great Britain’s attitude towards her colonies began to change. • Since the repeal of the Corn Laws in 1846, the policies of mercantilism were no longer in effect. • Opinion was divided as to whether the colonies were still a benefit to Great Britain. • Very expensive to govern overseas (gov’t buildings, salaries, armies, forts, administration). • British governors in each of the colonies were told to encourage the colonies to unite (Confederation) • Britain’s decision to encourage union was important because the BNA colonists were intensely loyal to Britain.

5. Changing British Attitudes In Favour of Colonies Against Keeping Colonies • Source of raw materials • Burden on British tax-payers • Market for manufactured goods • Felt BNA should pay for their own government and defense • Opportunity to emigrate