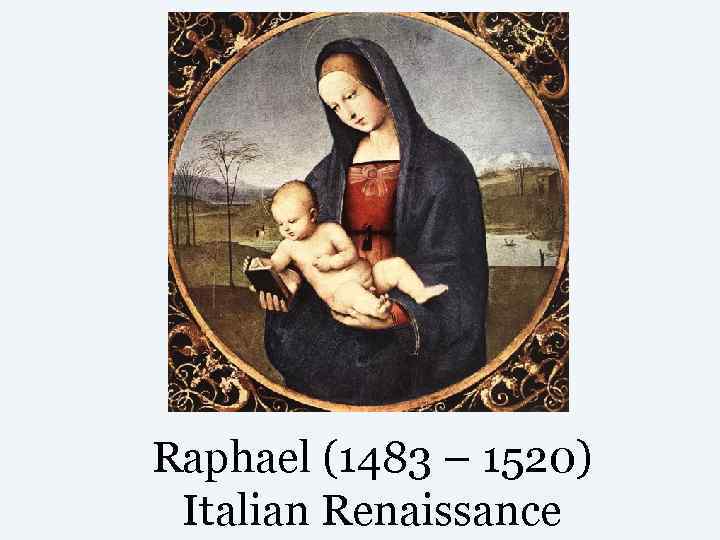 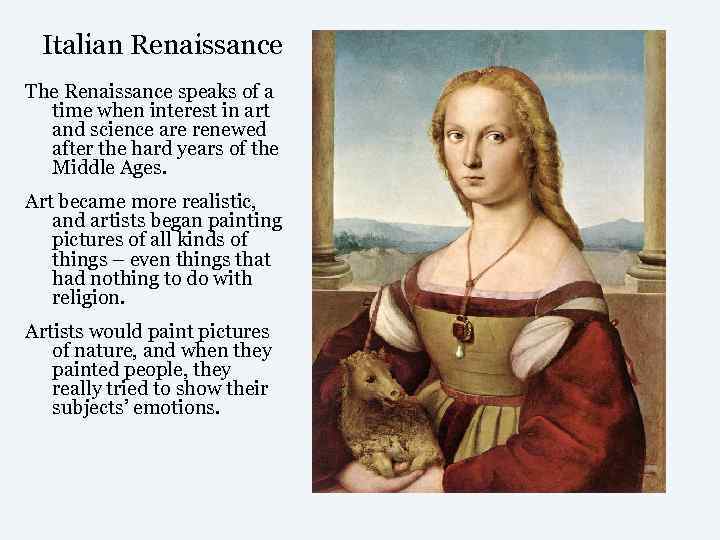 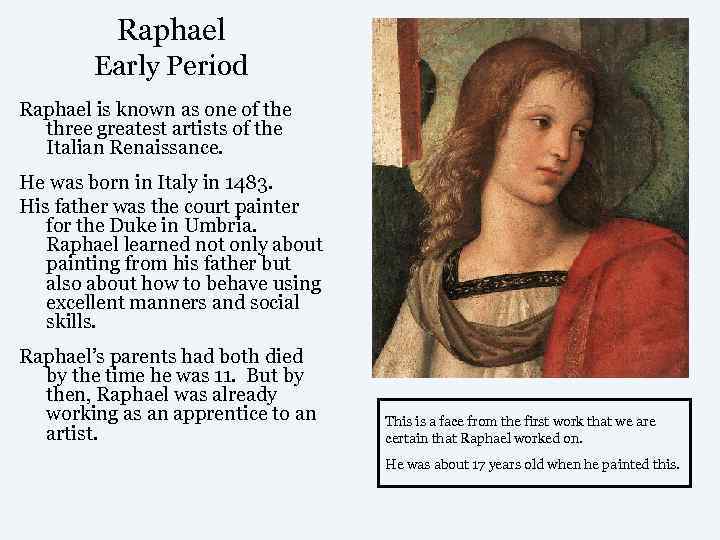 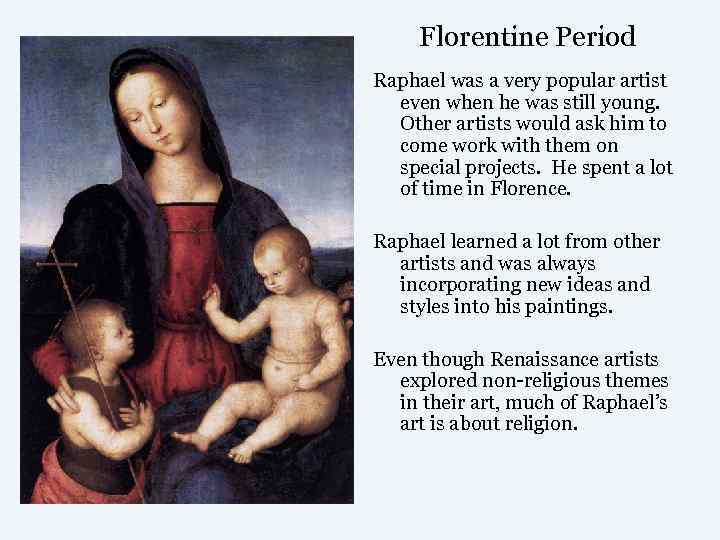 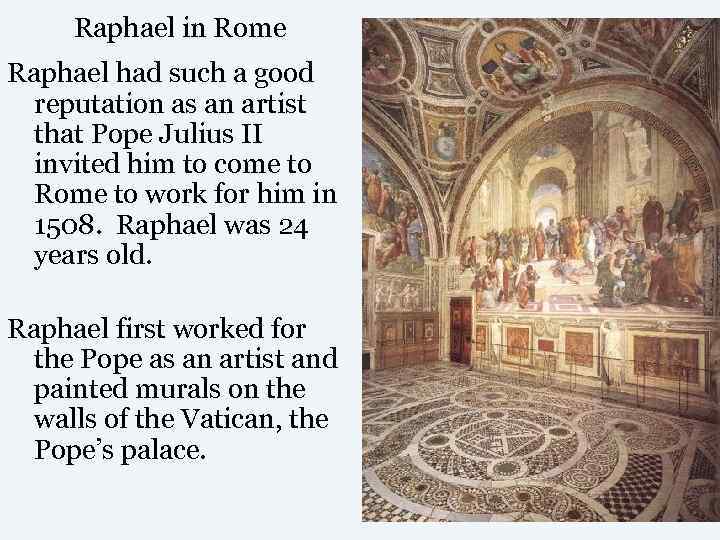 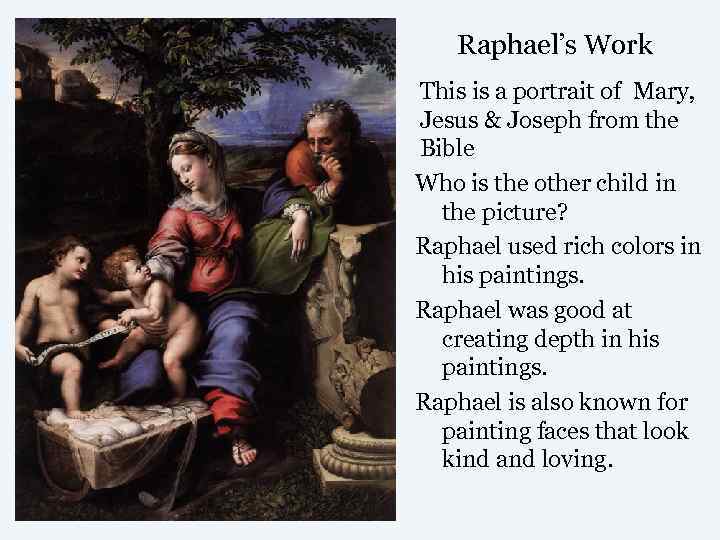 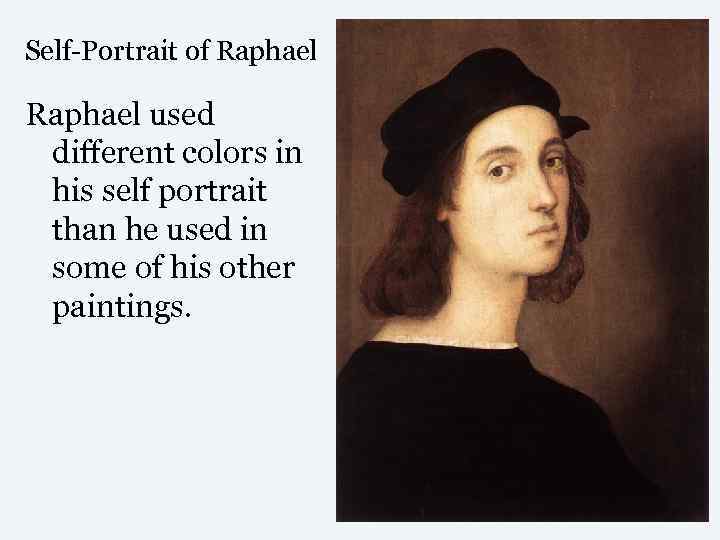 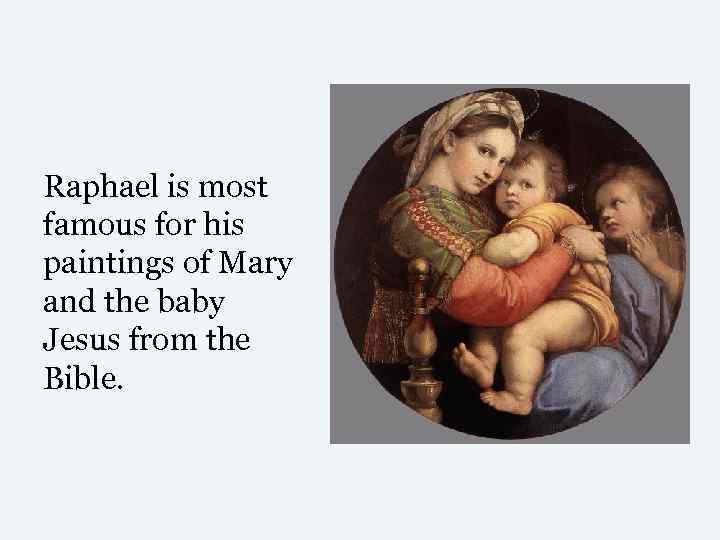 Italian Renaissance The Renaissance speaks of a time when interest in art and science are renewed after the hard years of the Middle Ages. Art became more realistic, and artists began painting pictures of all kinds of things – even things that had nothing to do with religion. Artists would paint pictures of nature, and when they painted people, they really tried to show their subjects’ emotions.

Raphael Early Period Raphael is known as one of the three greatest artists of the Italian Renaissance. He was born in Italy in 1483. His father was the court painter for the Duke in Umbria. Raphael learned not only about painting from his father but also about how to behave using excellent manners and social skills. Raphael’s parents had both died by the time he was 11. But by then, Raphael was already working as an apprentice to an This is a face from the first work that we are artist. certain that Raphael worked on. He was about 17 years old when he painted this.

Florentine Period Raphael was a very popular artist even when he was still young. Other artists would ask him to come work with them on special projects. He spent a lot of time in Florence. Raphael learned a lot from other artists and was always incorporating new ideas and styles into his paintings. Even though Renaissance artists explored non-religious themes in their art, much of Raphael’s art is about religion.

Raphael in Rome Raphael had such a good reputation as an artist that Pope Julius II invited him to come to Rome to work for him in 1508. Raphael was 24 years old. Raphael first worked for the Pope as an artist and painted murals on the walls of the Vatican, the Pope’s palace.

Self-Portrait of Raphael used different colors in his self portrait than he used in some of his other paintings.

Raphael is most famous for his paintings of Mary and the baby Jesus from the Bible.