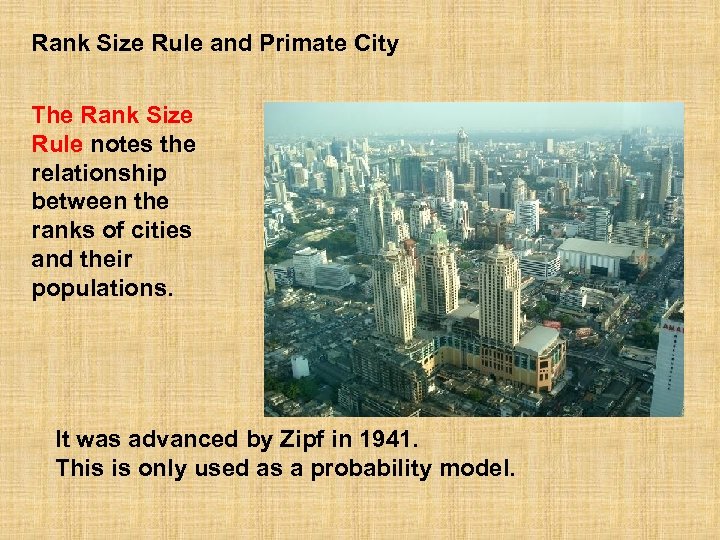 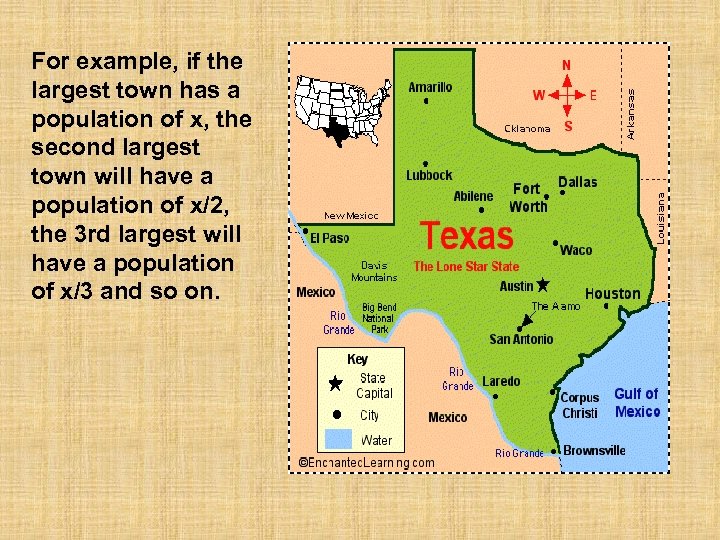 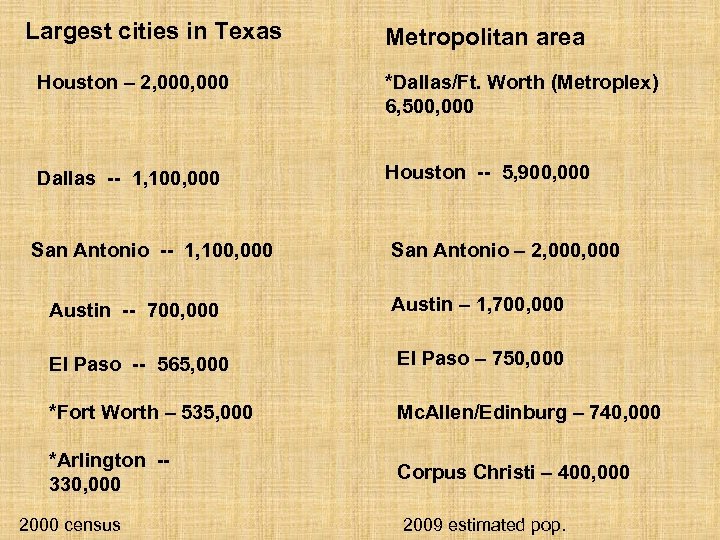 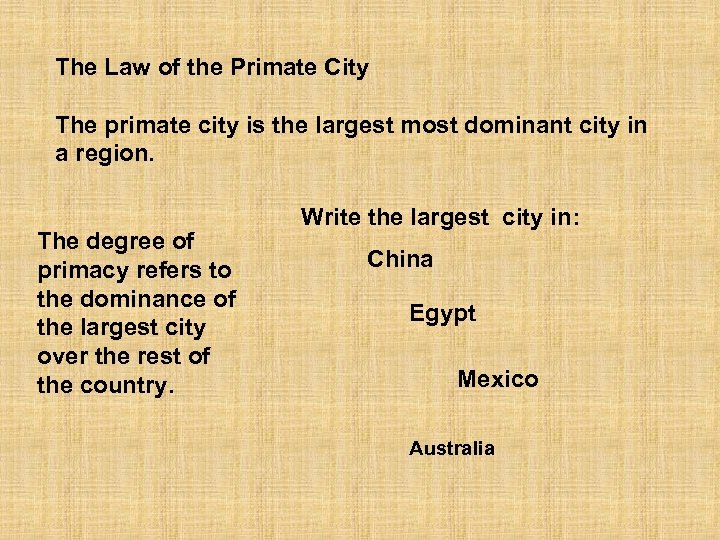 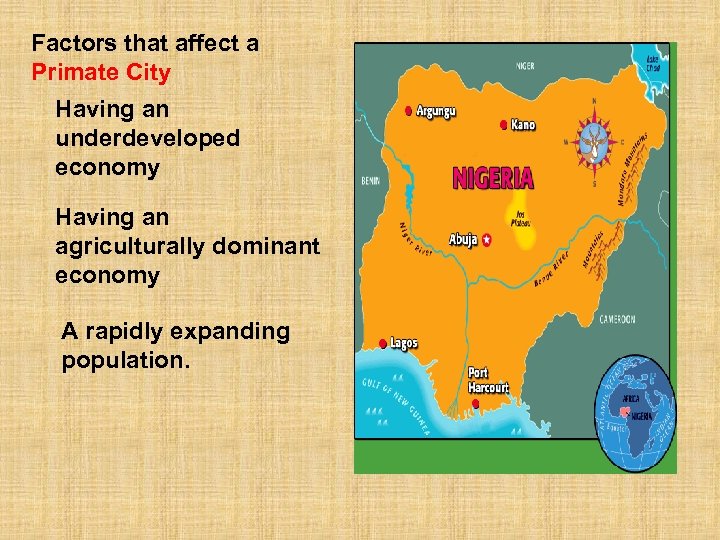 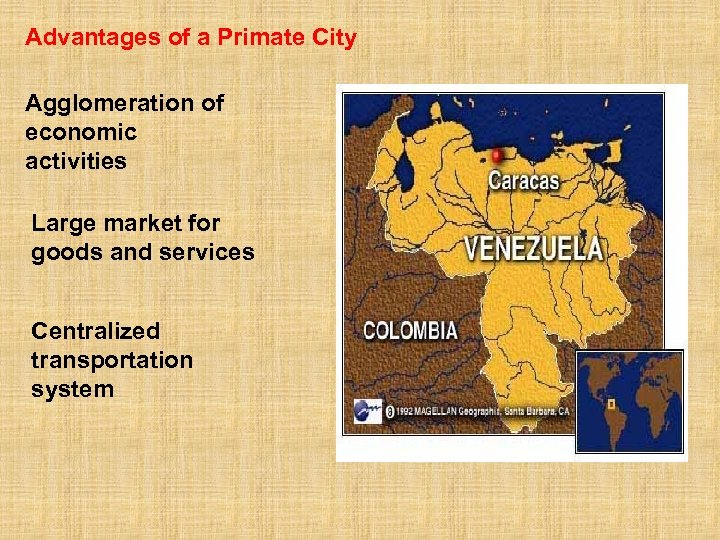 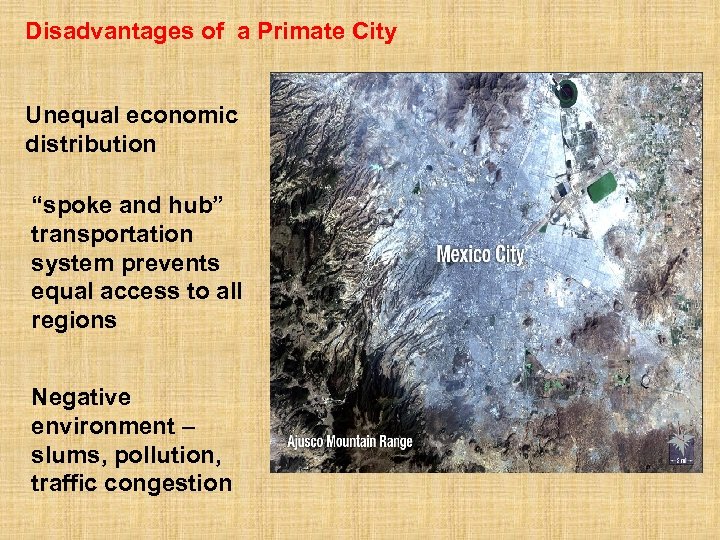 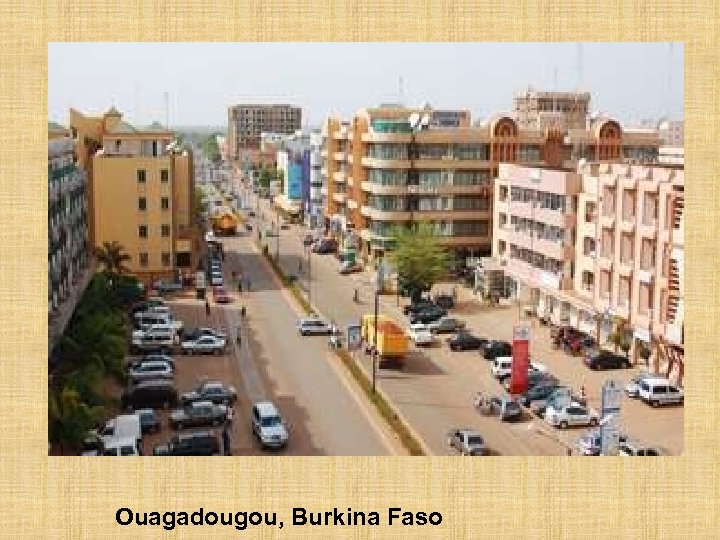 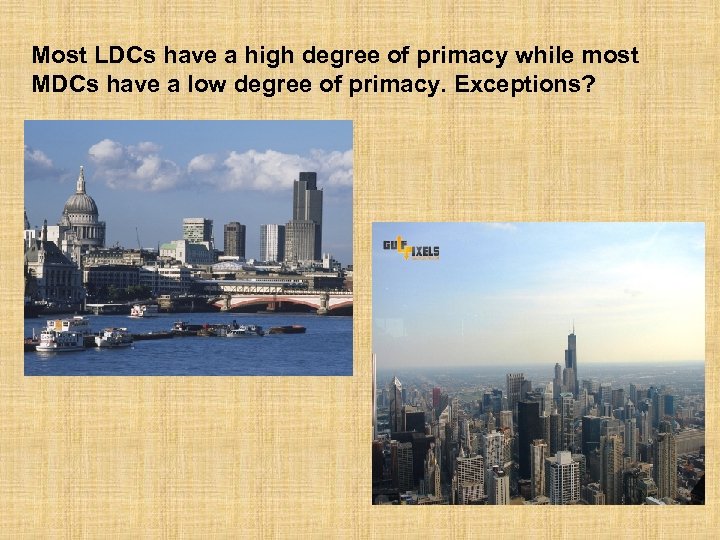 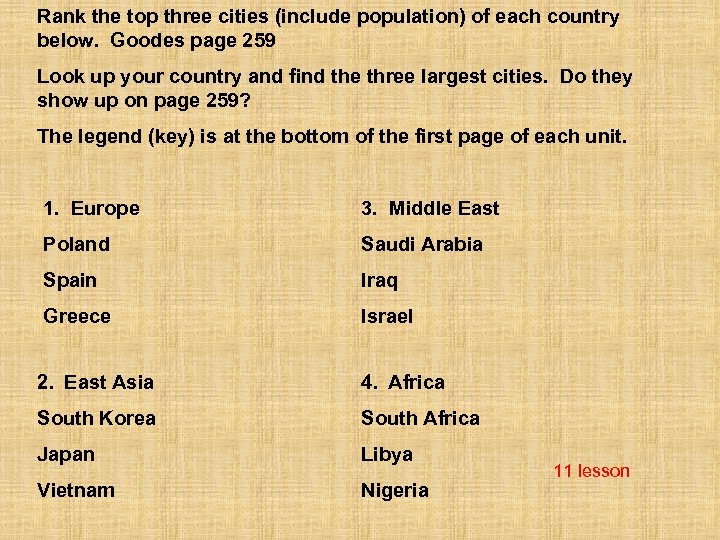 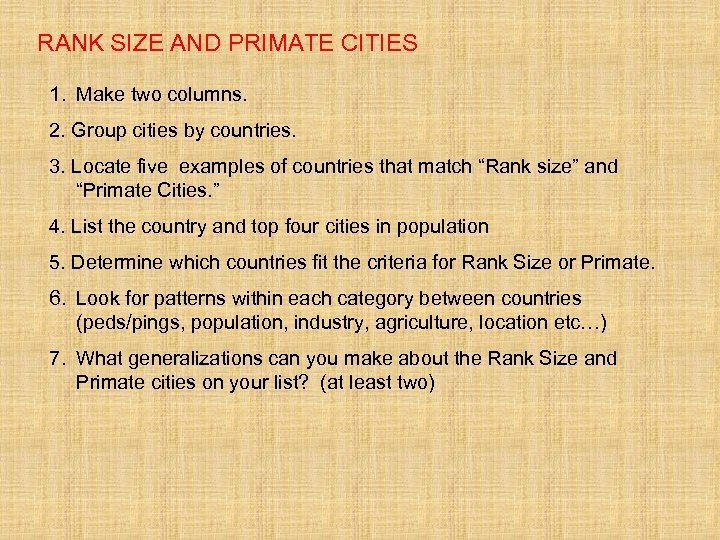 Rank Size Rule and Primate City The Rank Size Rule notes the relationship between the ranks of cities and their populations. It was advanced by Zipf in 1941. This is only used as a probability model.

The Law of the Primate City The primate city is the largest most dominant city in a region. The degree of primacy refers to the dominance of the largest city over the rest of the country. Write the largest city in: China Egypt Mexico Australia

Factors that affect a Primate City Having an underdeveloped economy Having an agriculturally dominant economy A rapidly expanding population.

Rank the top three cities (include population) of each country below. Goodes page 259 Look up your country and find the three largest cities. Do they show up on page 259? The legend (key) is at the bottom of the first page of each unit. 1. Europe 3. Middle East Poland Saudi Arabia Spain Iraq Greece Israel 2. East Asia 4. Africa South Korea South Africa Japan Libya Vietnam Nigeria 11 lesson

RANK SIZE AND PRIMATE CITIES 1. Make two columns. 2. Group cities by countries. 3. Locate five examples of countries that match “Rank size” and “Primate Cities. ” 4. List the country and top four cities in population 5. Determine which countries fit the criteria for Rank Size or Primate. 6. Look for patterns within each category between countries (peds/pings, population, industry, agriculture, location etc…) 7. What generalizations can you make about the Rank Size and Primate cities on your list? (at least two)