Radioactivity and the Law NUCLEAR LIABILITY The Nuclear 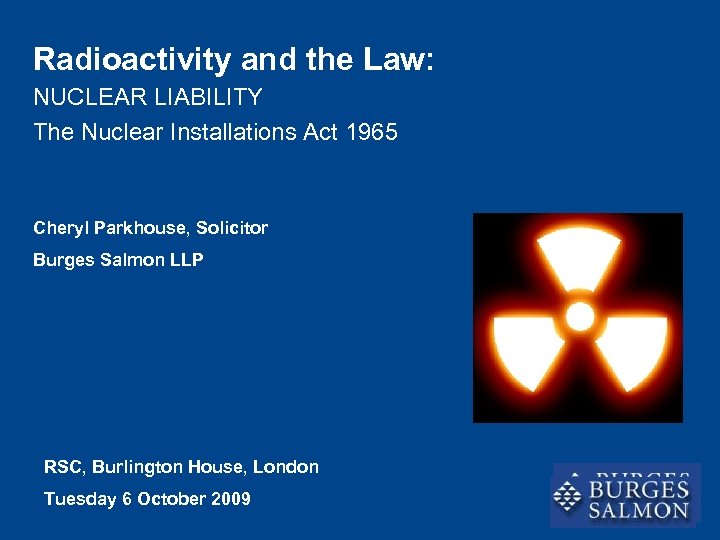 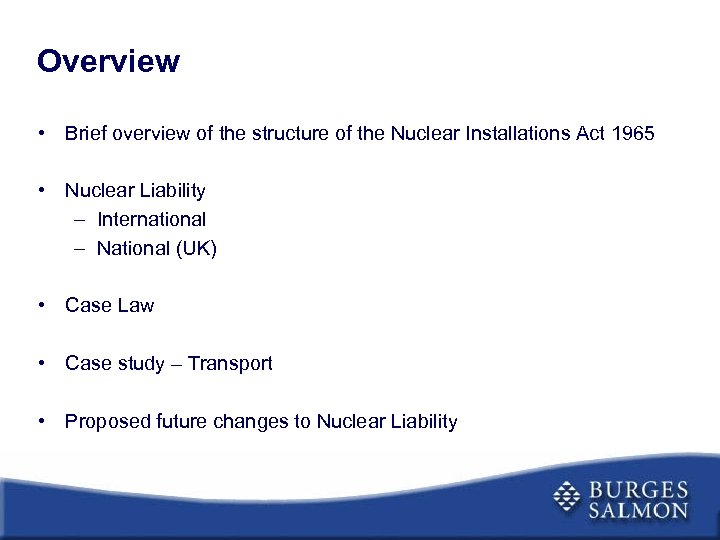 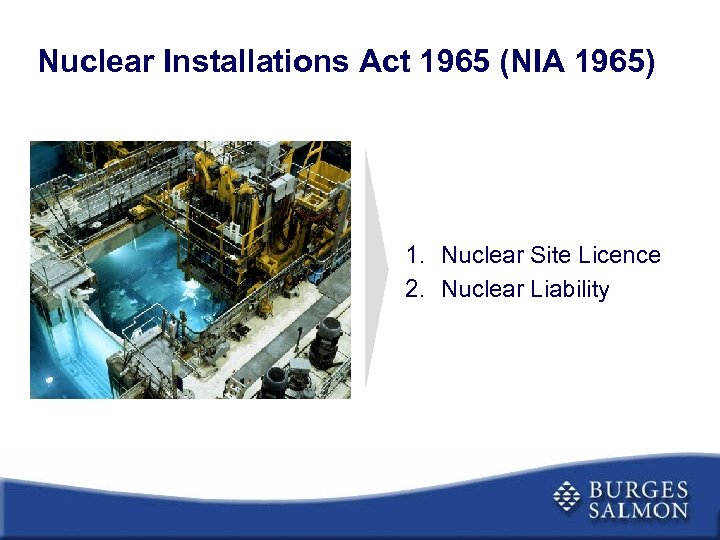 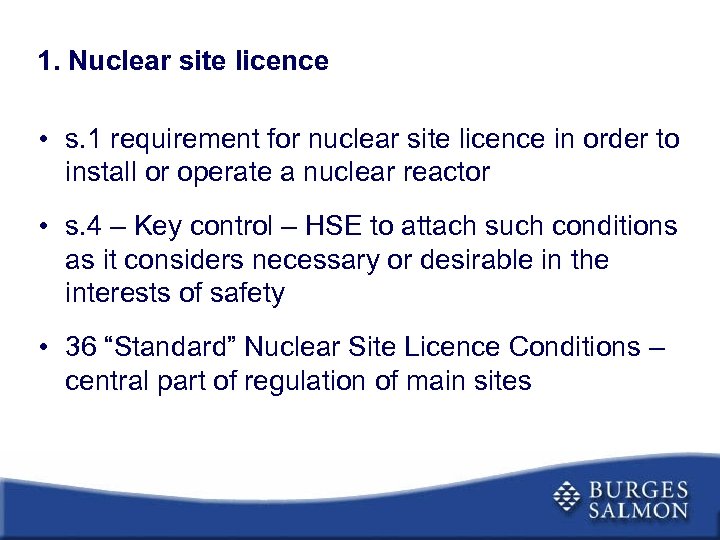 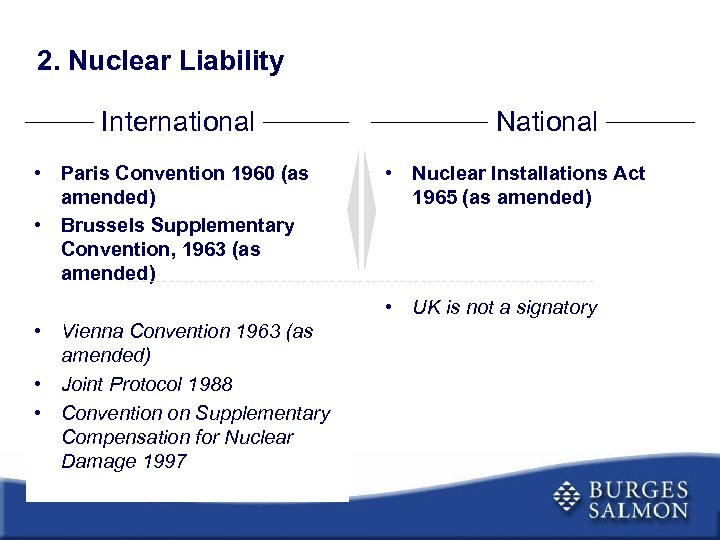 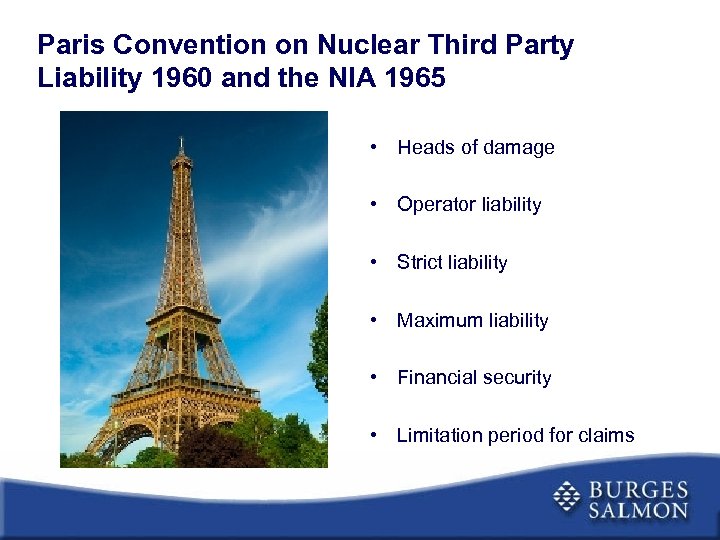 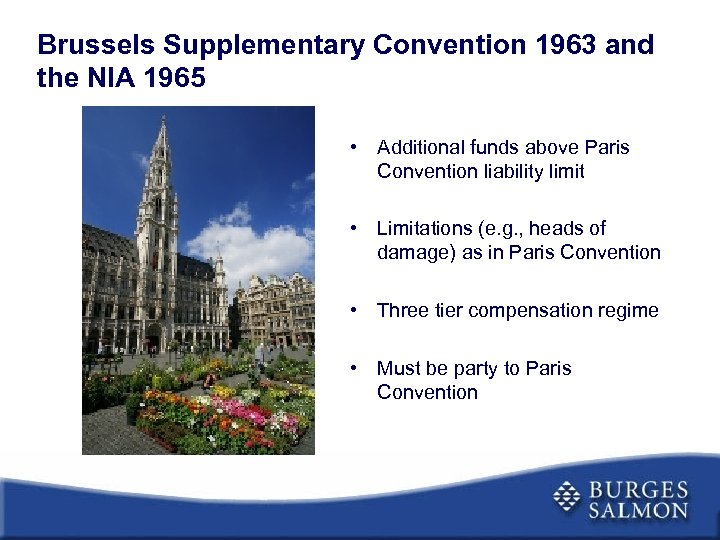 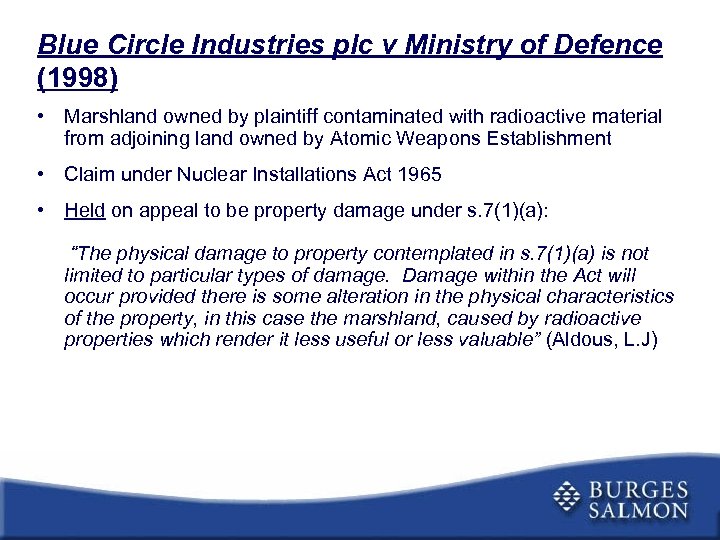 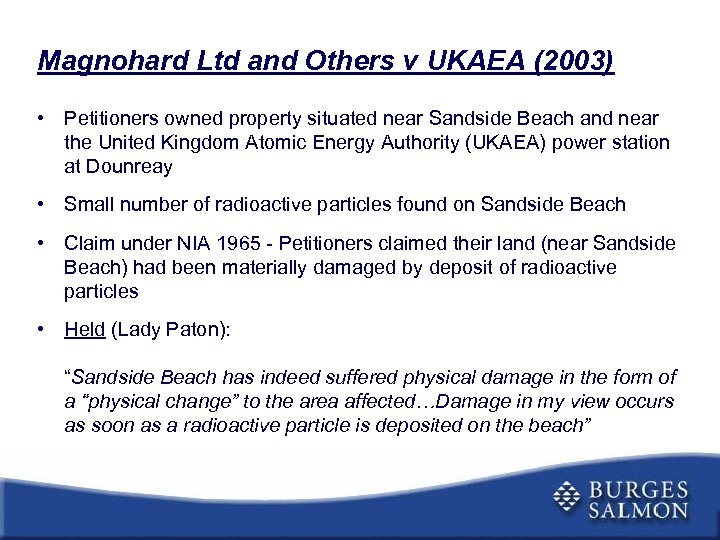 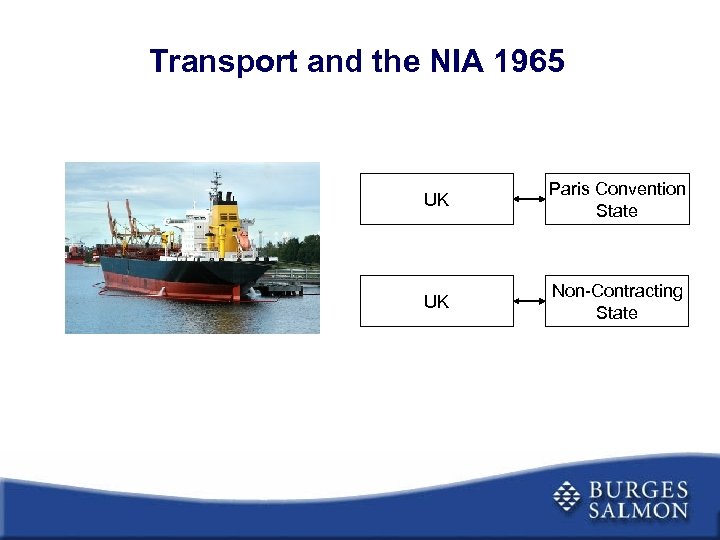 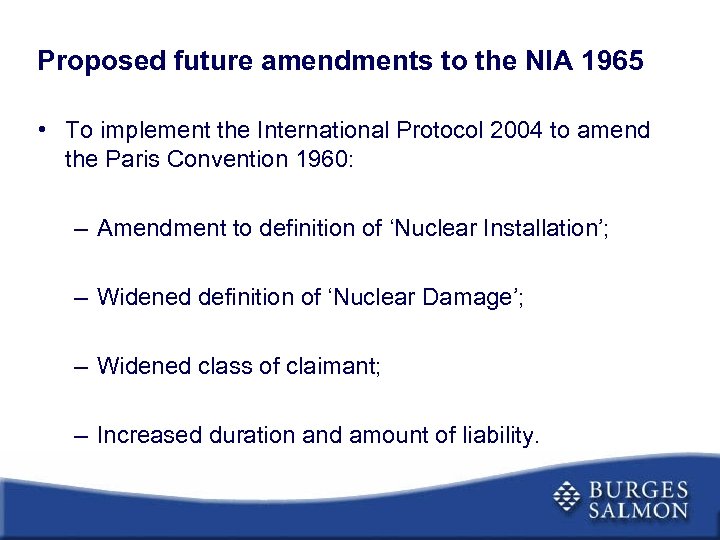 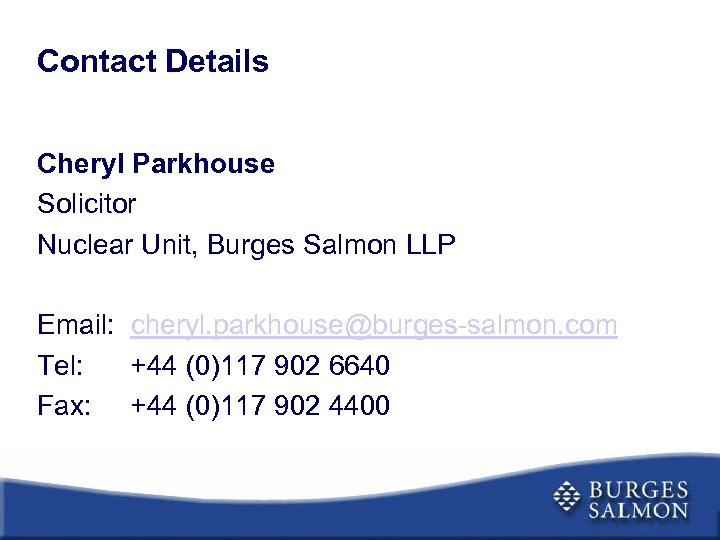 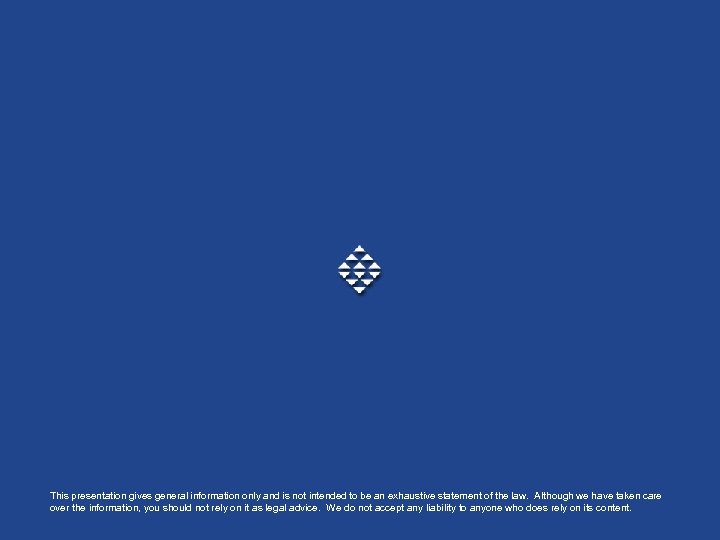 Скачать презентацию Radioactivity and the Law NUCLEAR LIABILITY The Nuclear

1. Nuclear site licence • s. 1 requirement for nuclear site licence in order to install or operate a nuclear reactor • s. 4 – Key control – HSE to attach such conditions as it considers necessary or desirable in the interests of safety • 36 “Standard” Nuclear Site Licence Conditions – central part of regulation of main sites

Merlin and Others v British Nuclear Fuels Ltd (1990) • Plaintiff’s home six miles south of nuclear re-processing plant • Dust samples in house indicated high levels of radioactive contamination • Claim under Nuclear Installations Act 1965 for compensation for financial loss suffered through diminution in value of house through level of radioactive contamination and perception of risk to health of children • Held: “liability under the Act did not extend to any loss or damage other than proved physical or mental personal injury and physical damage to property… risk or increased risk of damage to property and consequent risk of injury to health of inhabitants did not amount to ‘injury to any person or damage to any property”

Blue Circle Industries plc v Ministry of Defence (1998) • Marshland owned by plaintiff contaminated with radioactive material from adjoining land owned by Atomic Weapons Establishment • Claim under Nuclear Installations Act 1965 • Held on appeal to be property damage under s. 7(1)(a): “The physical damage to property contemplated in s. 7(1)(a) is not limited to particular types of damage. Damage within the Act will occur provided there is some alteration in the physical characteristics of the property, in this case the marshland, caused by radioactive properties which render it less useful or less valuable” (Aldous, L. J)

This presentation gives general information only and is not intended to be an exhaustive statement of the law. Although we have taken care over the information, you should not rely on it as legal advice. We do not accept any liability to anyone who does rely on its content.