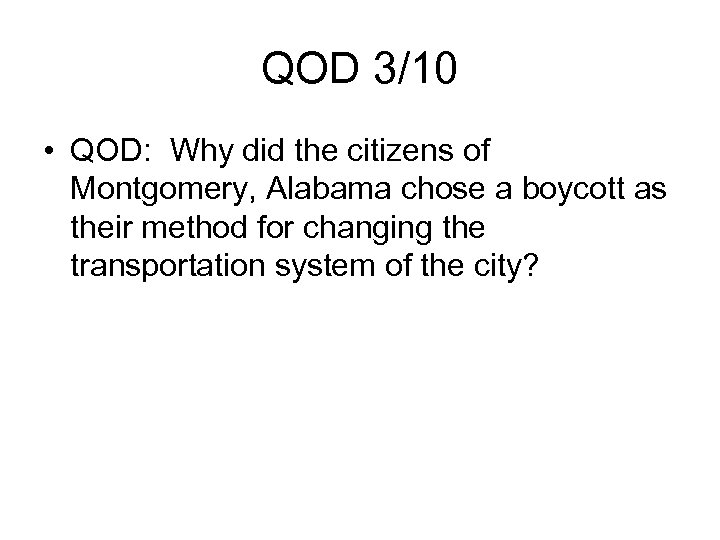 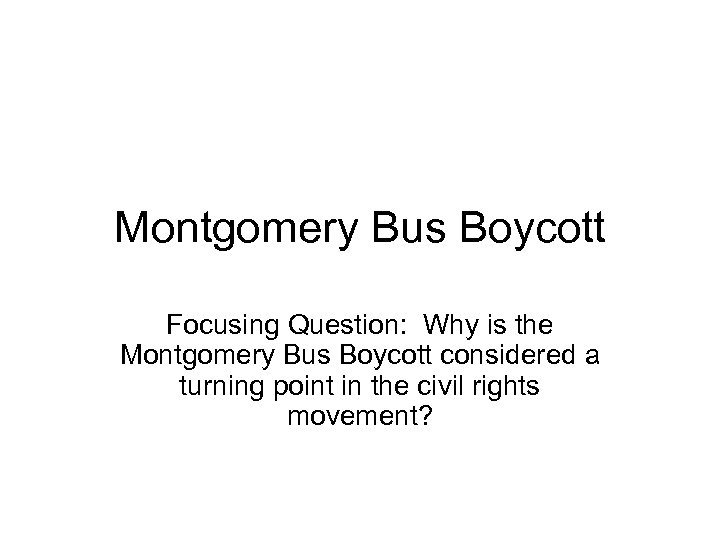 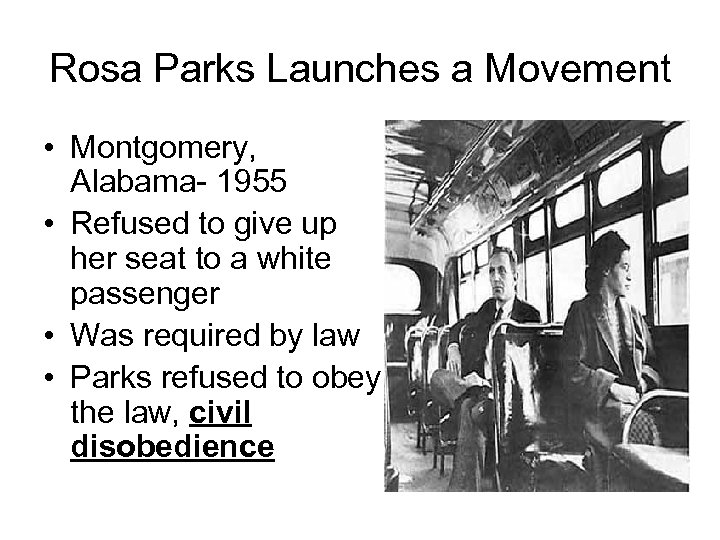 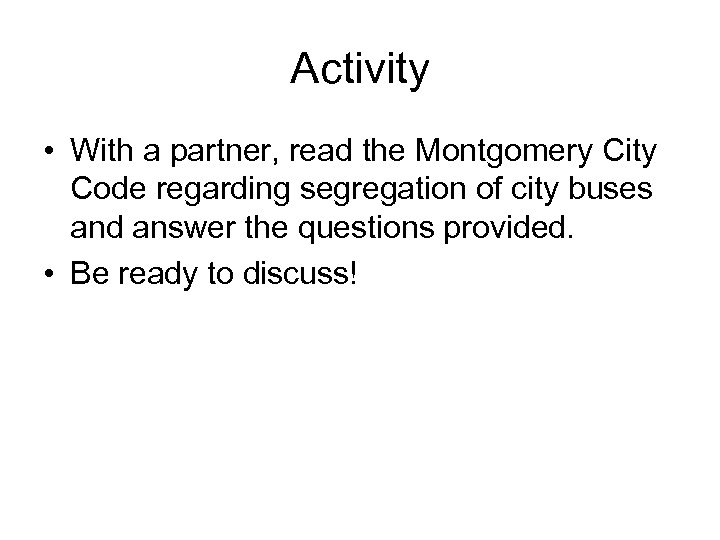 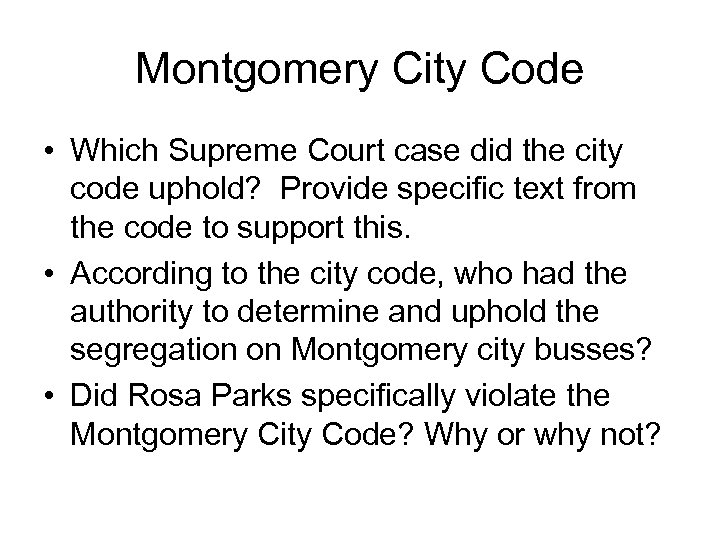 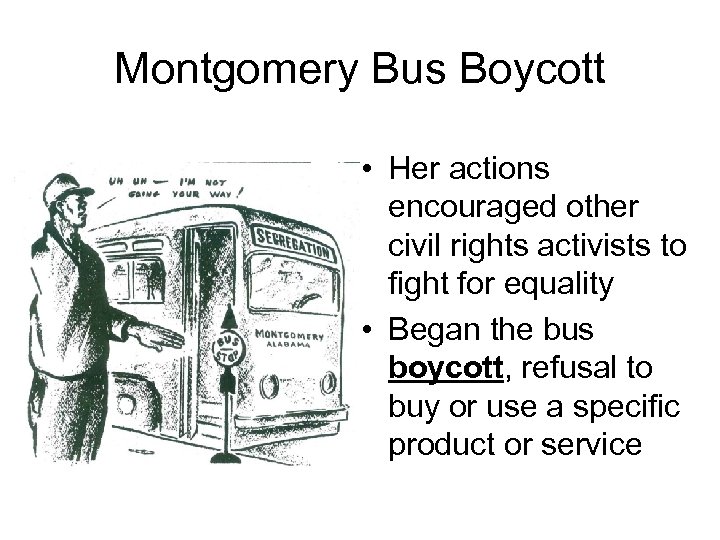 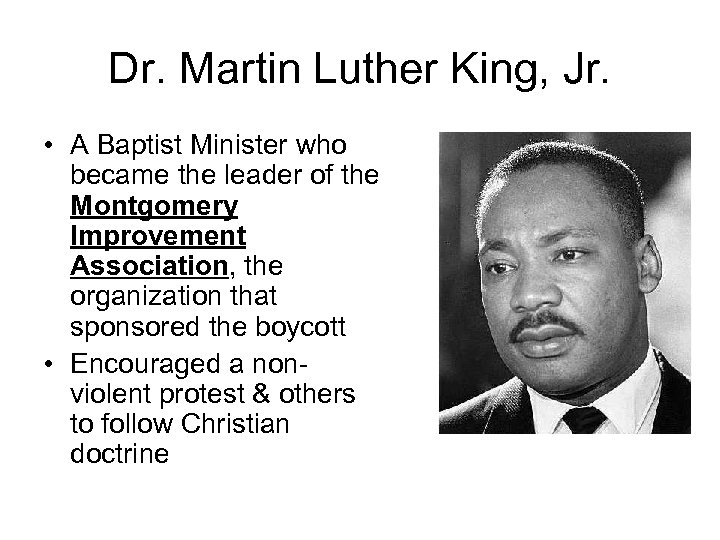 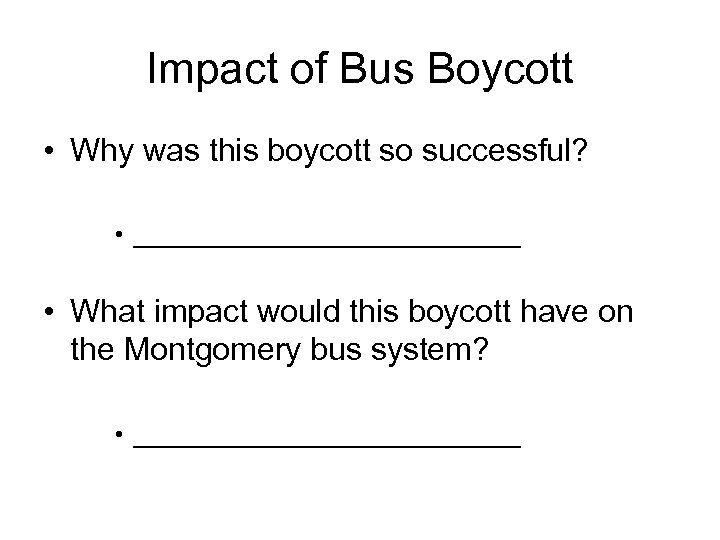 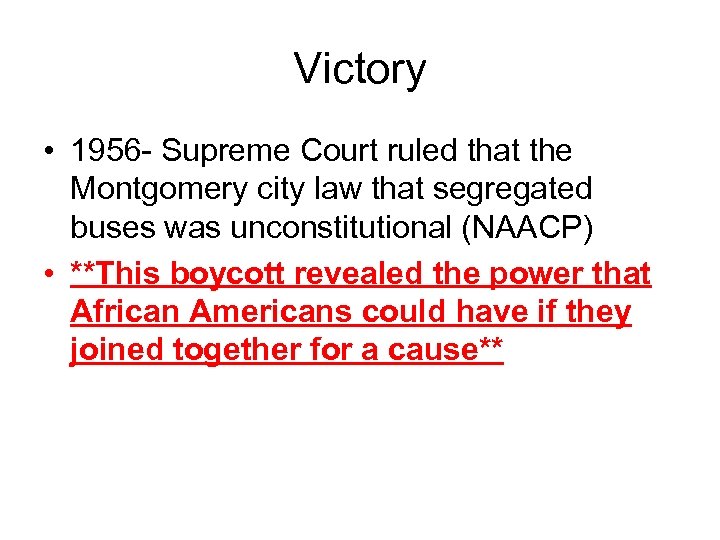 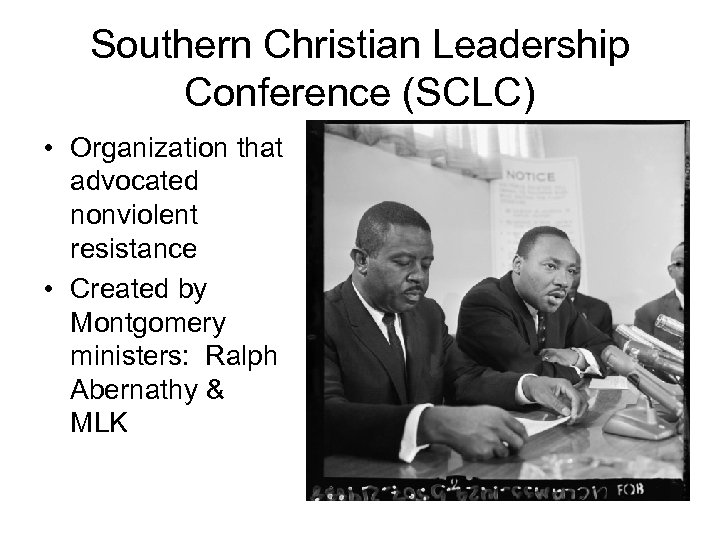 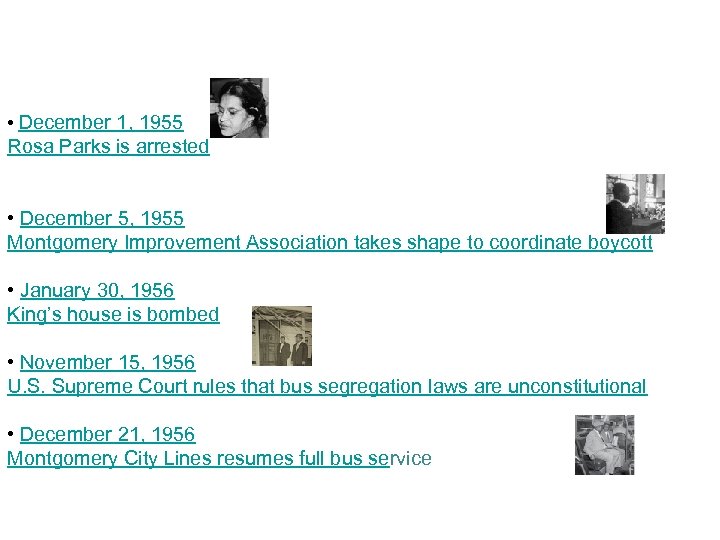 Скачать презентацию QOD 3 10 QOD Why did the citizens

QOD 3/10 • QOD: Why did the citizens of Montgomery, Alabama chose a boycott as their method for changing the transportation system of the city?

Rosa Parks Launches a Movement • Montgomery, Alabama- 1955 • Refused to give up her seat to a white passenger • Was required by law • Parks refused to obey the law, civil disobedience

Activity • With a partner, read the Montgomery City Code regarding segregation of city buses and answer the questions provided. • Be ready to discuss!

Montgomery Bus Boycott • Her actions encouraged other civil rights activists to fight for equality • Began the bus boycott, refusal to buy or use a specific product or service

Dr. Martin Luther King, Jr. • A Baptist Minister who became the leader of the Montgomery Improvement Association, the organization that sponsored the boycott • Encouraged a nonviolent protest & others to follow Christian doctrine