Putting Maryland on the Map A New and 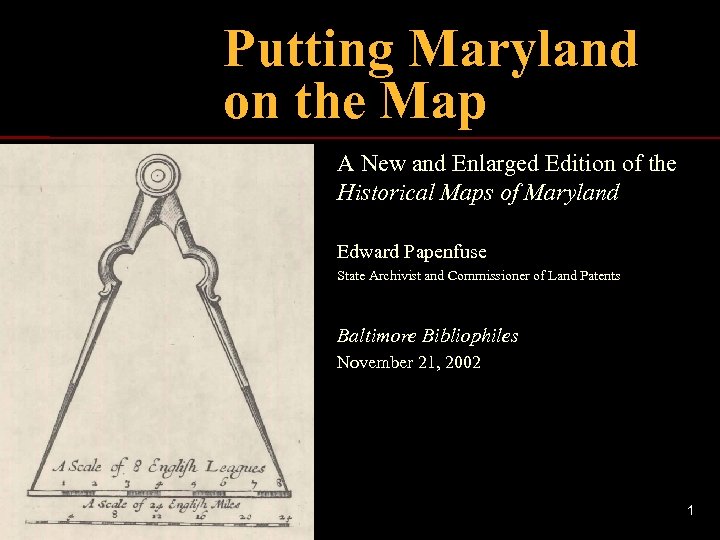 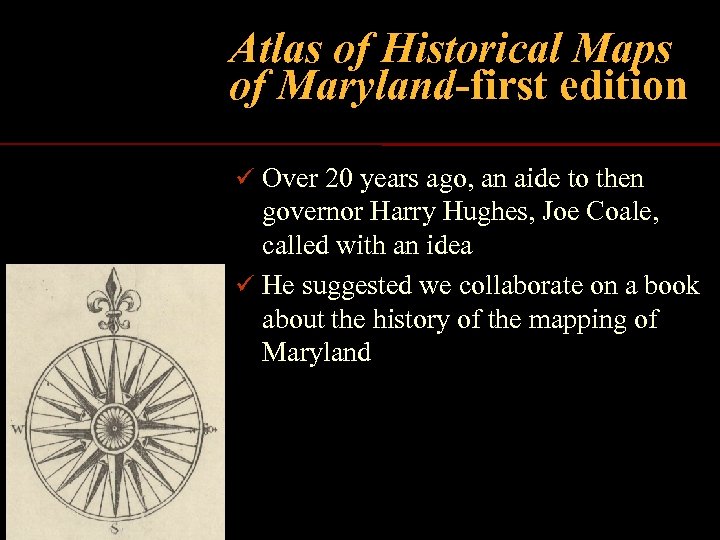 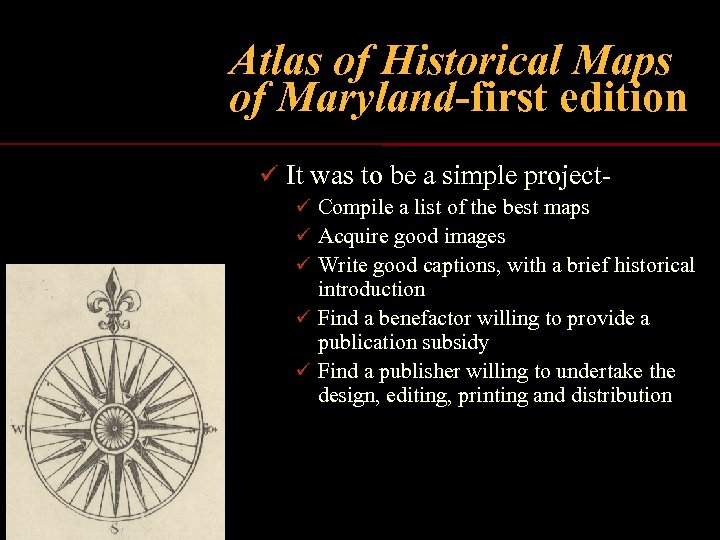 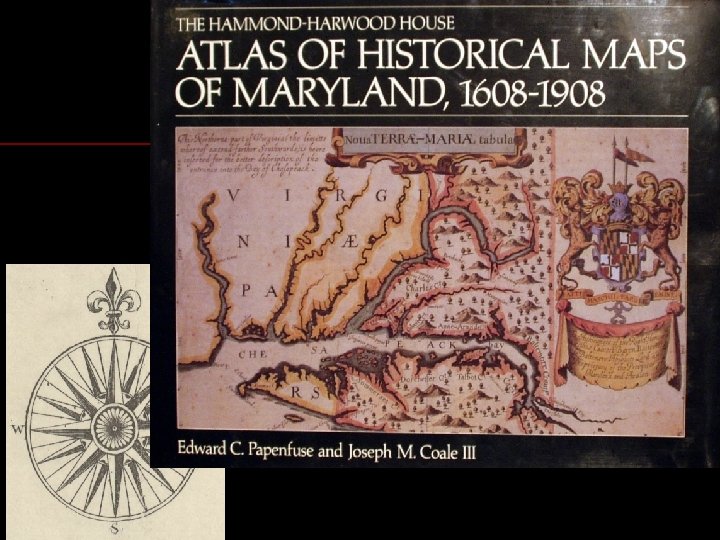 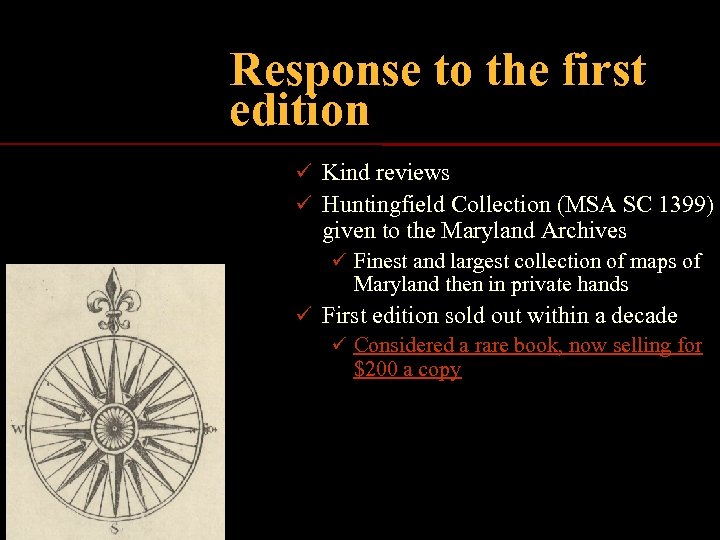 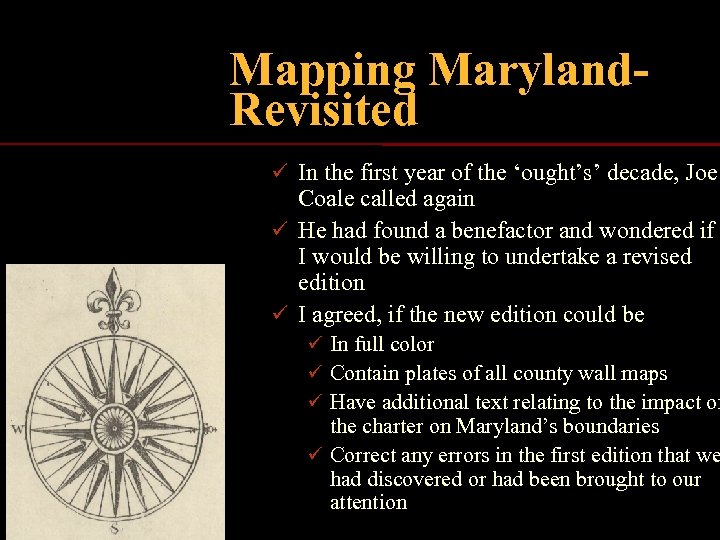 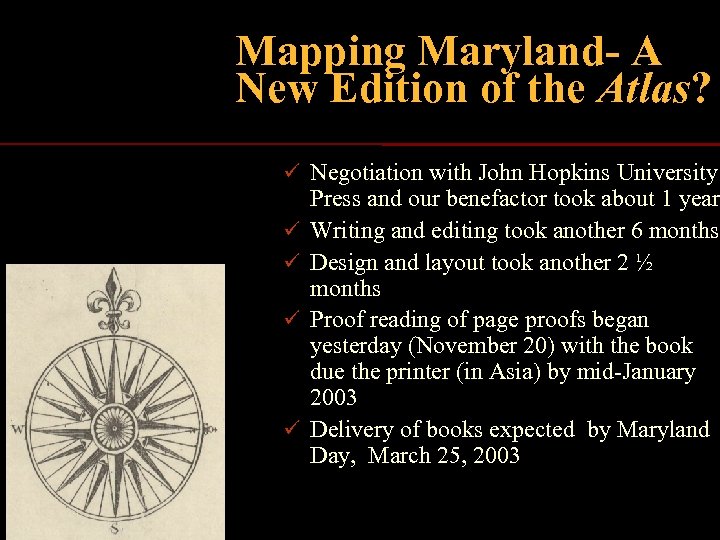 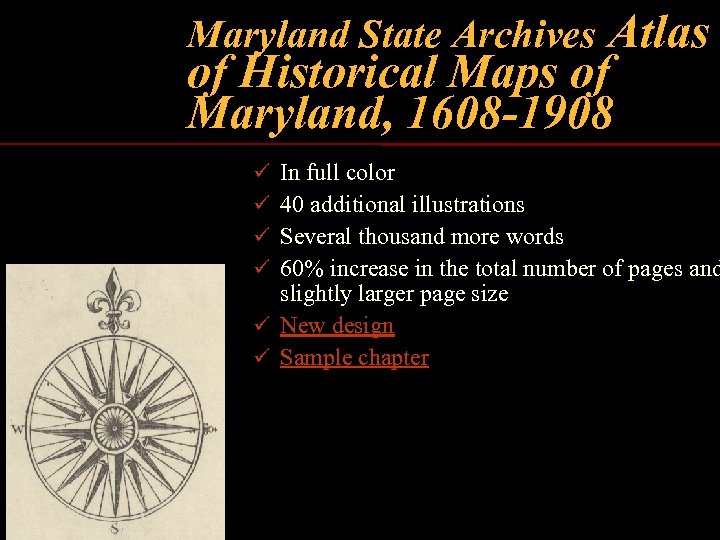 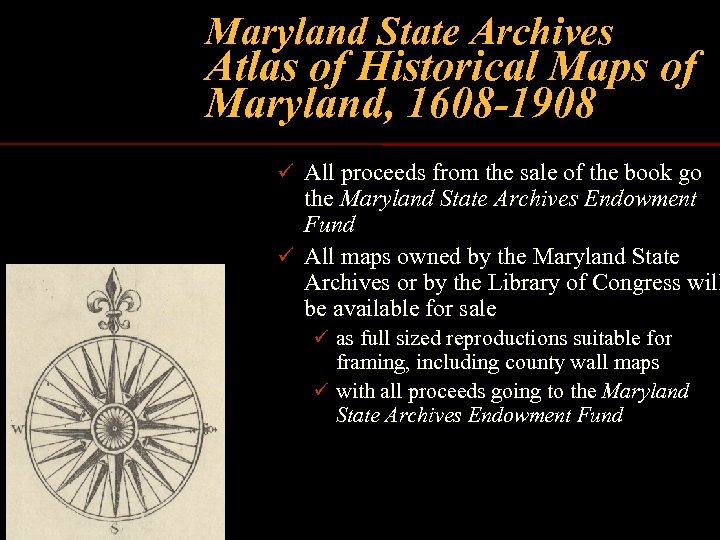 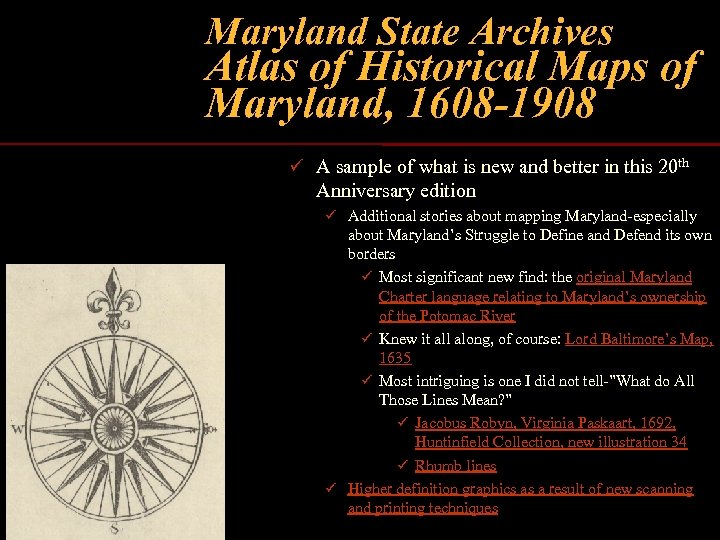 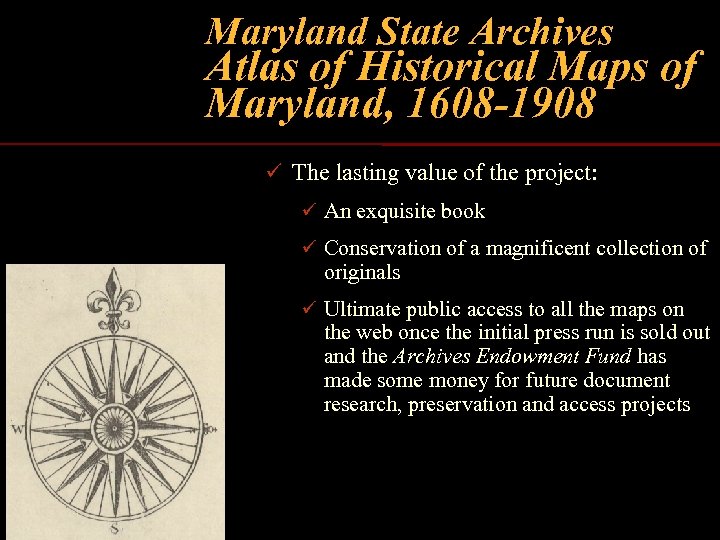 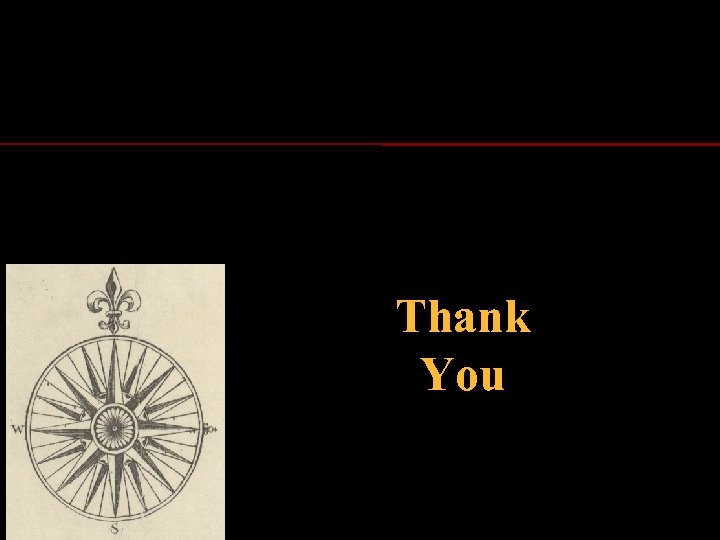 Скачать презентацию Putting Maryland on the Map A New and

Putting Maryland on the Map A New and Enlarged Edition of the Historical Maps of Maryland Edward Papenfuse State Archivist and Commissioner of Land Patents Baltimore Bibliophiles November 21, 2002 1

Atlas of Historical Maps of Maryland-first edition ü Over 20 years ago, an aide to then governor Harry Hughes, Joe Coale, called with an idea ü He suggested we collaborate on a book about the history of the mapping of Maryland

Atlas of Historical Maps of Maryland-first edition ü It was to be a simple projectü Compile a list of the best maps ü Acquire good images ü Write good captions, with a brief historical introduction ü Find a benefactor willing to provide a publication subsidy ü Find a publisher willing to undertake the design, editing, printing and distribution

Atlas of Historical Maps of Marylandfirst edition ü Two years and hundreds of slides later we ü ü had an outline Selected 144 maps for publication Wrote 10 chapters of text and captions for the selected maps Found a patron (Hammond-Harwood House) and a publisher (Johns Hopkins University Press) Produced the Hammond-Harwood House Atlas of Historical Maps of Maryland, 1608 -1908

Response to the first edition ü Kind reviews ü Huntingfield Collection (MSA SC 1399) given to the Maryland Archives ü Finest and largest collection of maps of Maryland then in private hands ü First edition sold out within a decade ü Considered a rare book, now selling for $200 a copy

Mapping Maryland. Revisited ü In the first year of the ‘ought’s’ decade, Joe Coale called again ü He had found a benefactor and wondered if I would be willing to undertake a revised edition ü I agreed, if the new edition could be ü In full color ü Contain plates of all county wall maps ü Have additional text relating to the impact of the charter on Maryland’s boundaries ü Correct any errors in the first edition that we had discovered or had been brought to our attention

Mapping Maryland- A New Edition of the Atlas? ü Negotiation with John Hopkins University ü ü Press and our benefactor took about 1 year Writing and editing took another 6 months Design and layout took another 2 ½ months Proof reading of page proofs began yesterday (November 20) with the book due the printer (in Asia) by mid-January 2003 Delivery of books expected by Maryland Day, March 25, 2003

Maryland State Archives Atlas of Historical Maps of Maryland, 1608 -1908 ü A sample of what is new and better in this 20 th Anniversary edition ü Additional stories about mapping Maryland-especially about Maryland’s Struggle to Define and Defend its own borders ü Most significant new find: the original Maryland Charter language relating to Maryland’s ownership of the Potomac River ü Knew it all along, of course: Lord Baltimore’s Map, 1635 ü Most intriguing is one I did not tell-”What do All Those Lines Mean? ” ü Jacobus Robyn, Virginia Paskaart, 1692, Huntinfield Collection, new illustration 34 ü Rhumb lines ü Higher definition graphics as a result of new scanning and printing techniques

Maryland State Archives Atlas of Historical Maps of Maryland, 1608 -1908 ü The lasting value of the project: ü An exquisite book ü Conservation of a magnificent collection of originals ü Ultimate public access to all the maps on the web once the initial press run is sold out and the Archives Endowment Fund has made some money for future document research, preservation and access projects