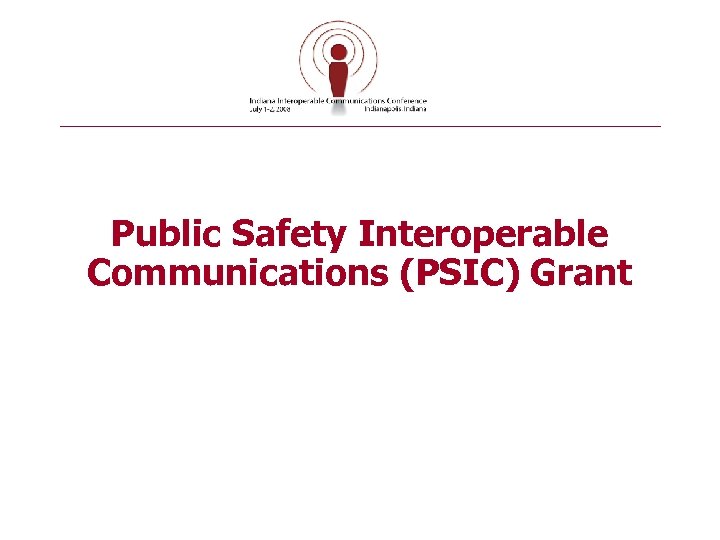 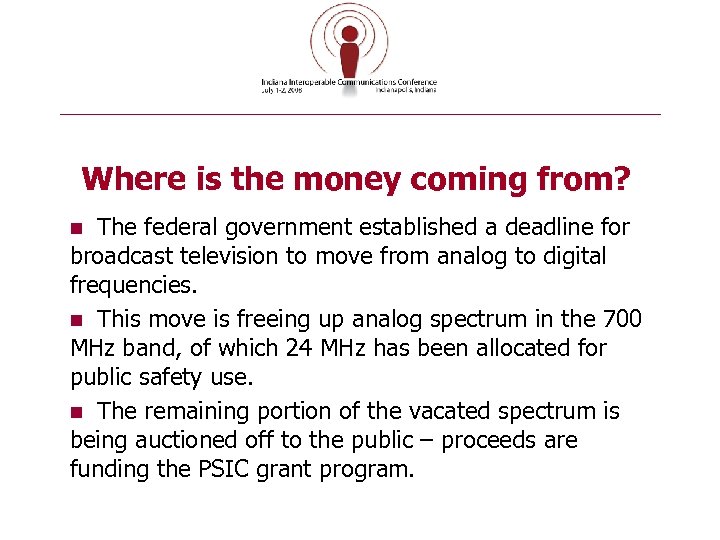 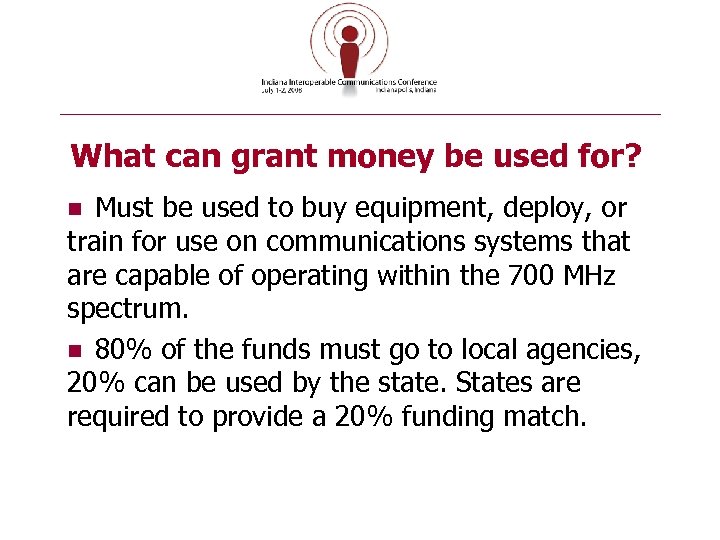 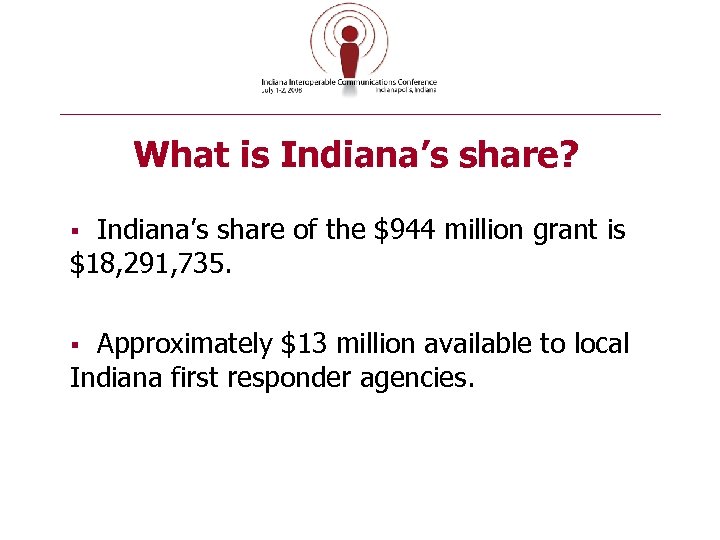 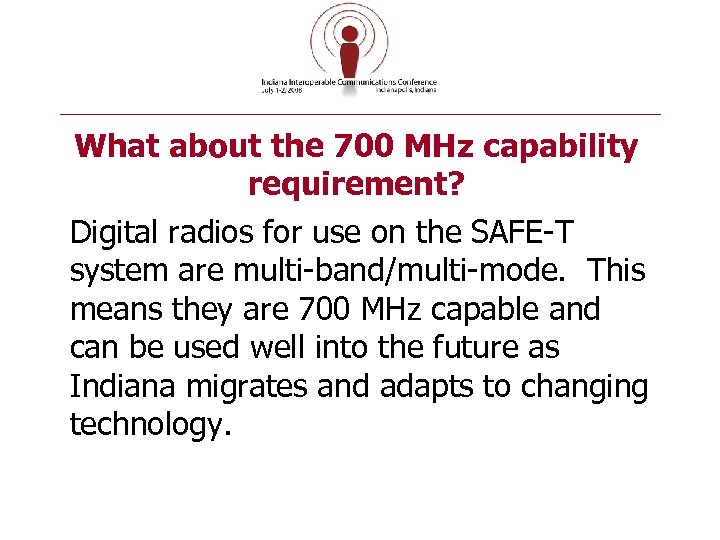 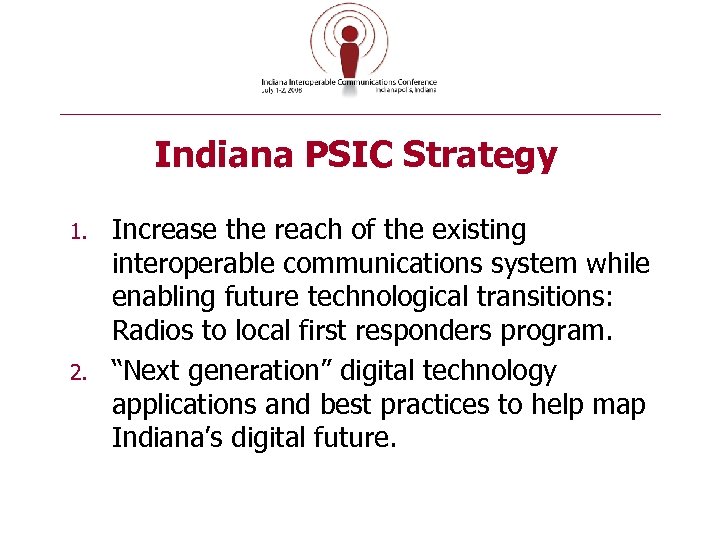 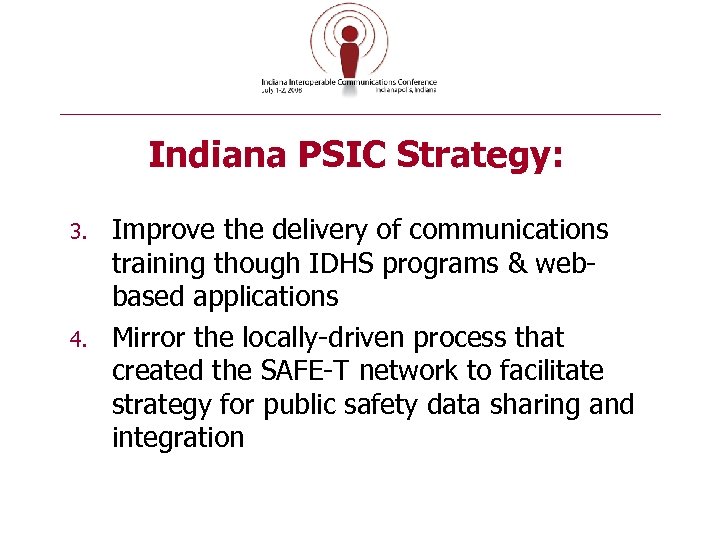 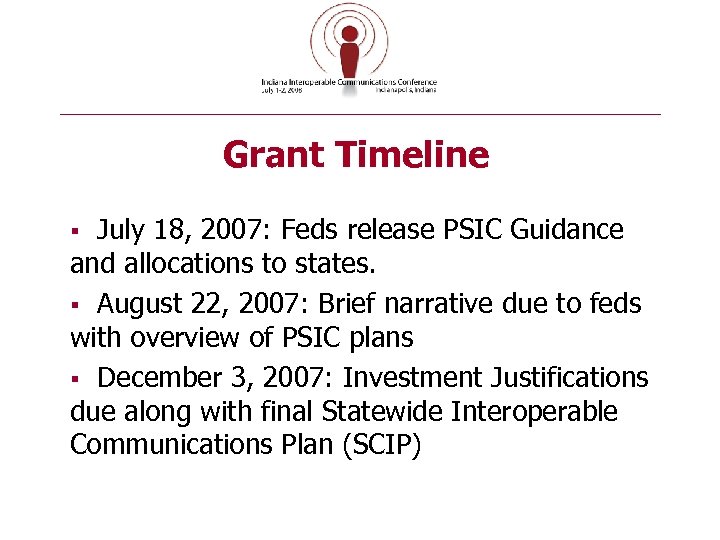 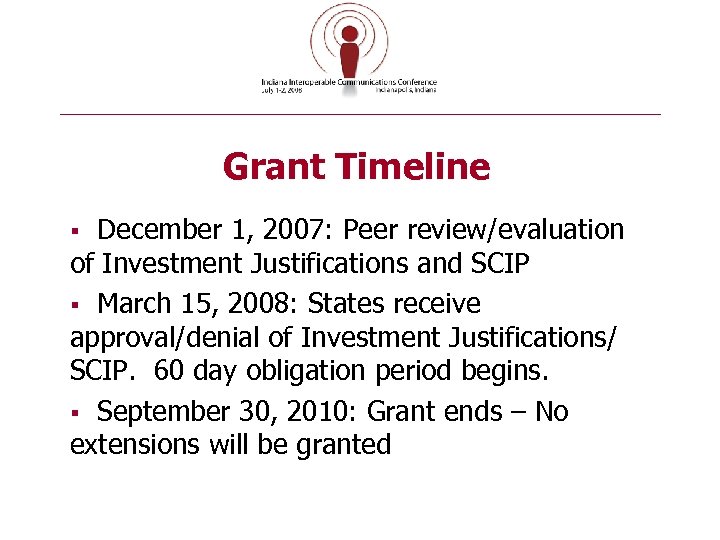 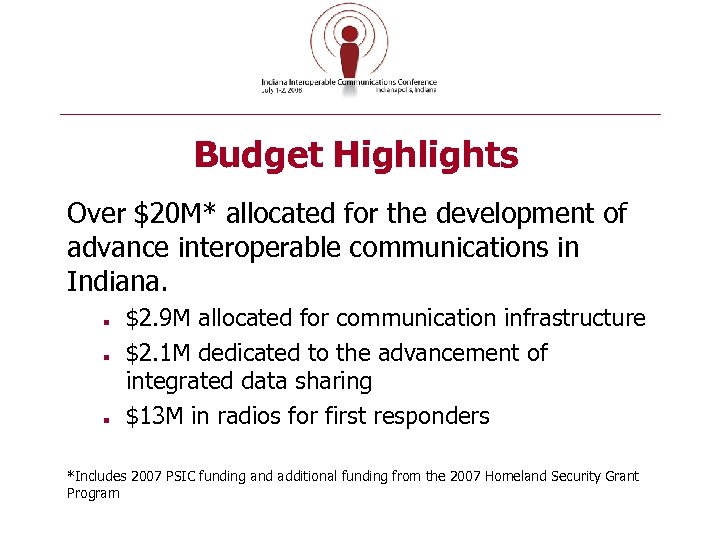 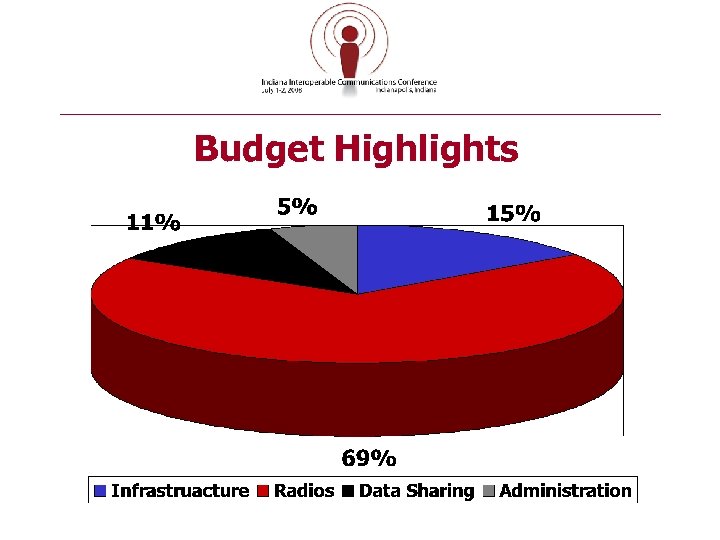 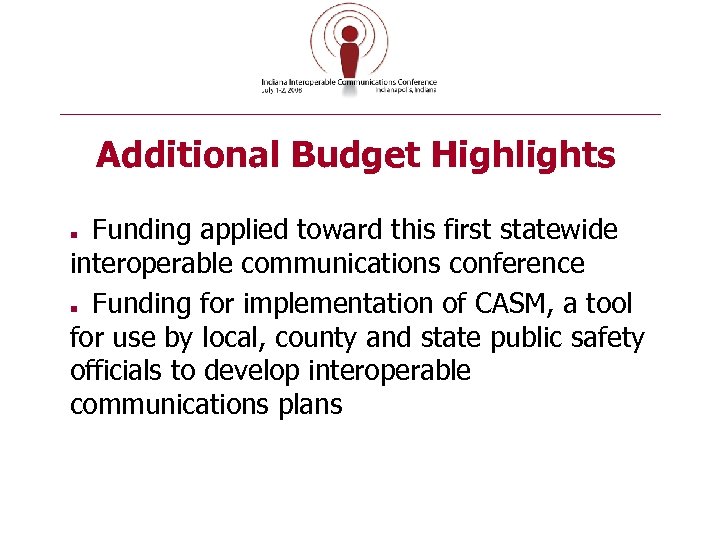 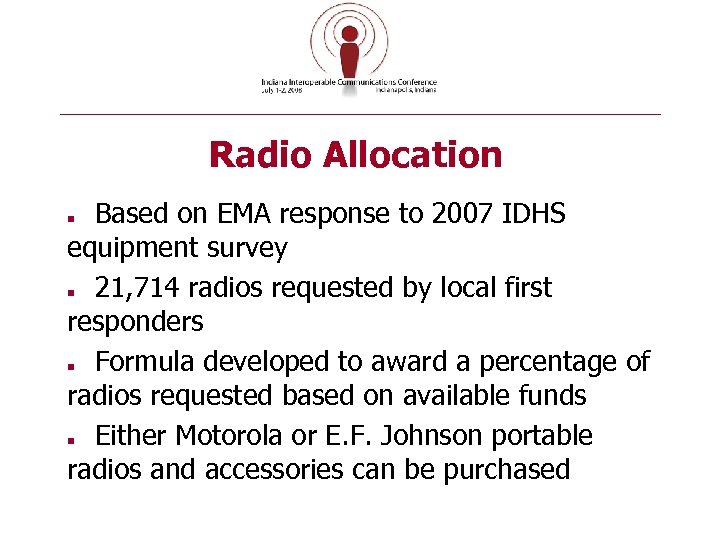 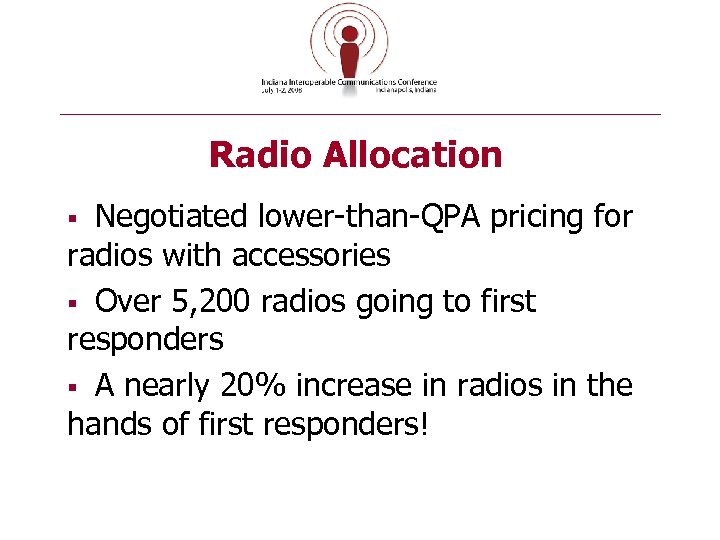 Where is the money coming from? The federal government established a deadline for broadcast television to move from analog to digital frequencies. n This move is freeing up analog spectrum in the 700 MHz band, of which 24 MHz has been allocated for public safety use. n The remaining portion of the vacated spectrum is being auctioned off to the public – proceeds are funding the PSIC grant program. n

What can grant money be used for? Must be used to buy equipment, deploy, or train for use on communications systems that are capable of operating within the 700 MHz spectrum. n 80% of the funds must go to local agencies, 20% can be used by the state. States are required to provide a 20% funding match. n

What about the 700 MHz capability requirement? Digital radios for use on the SAFE-T system are multi-band/multi-mode. This means they are 700 MHz capable and can be used well into the future as Indiana migrates and adapts to changing technology.

Radio Allocation Based on EMA response to 2007 IDHS equipment survey 21, 714 radios requested by local first responders Formula developed to award a percentage of radios requested based on available funds Either Motorola or E. F. Johnson portable radios and accessories can be purchased n n

Radio Allocation Negotiated lower-than-QPA pricing for radios with accessories § Over 5, 200 radios going to first responders § A nearly 20% increase in radios in the hands of first responders! §