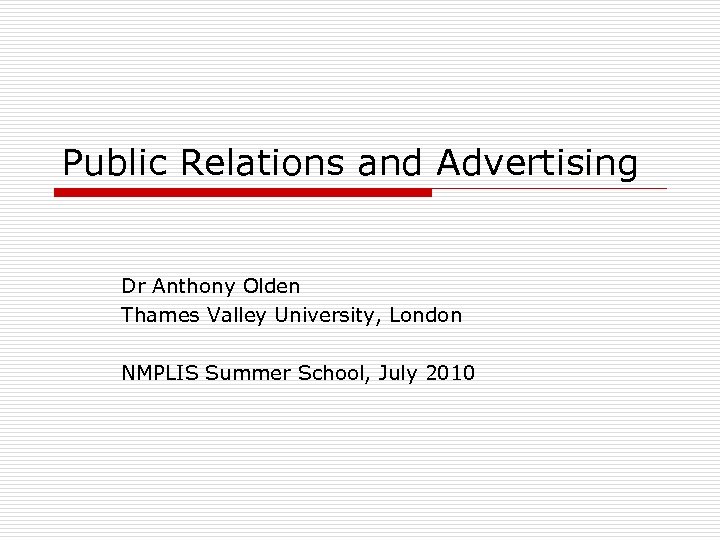 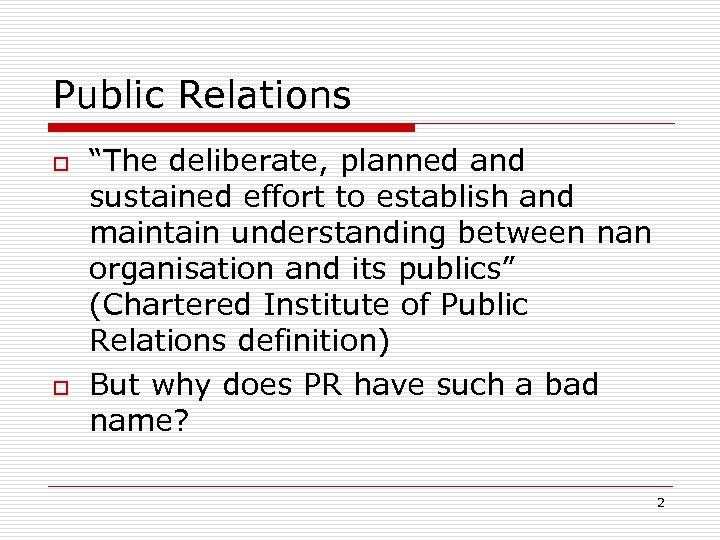 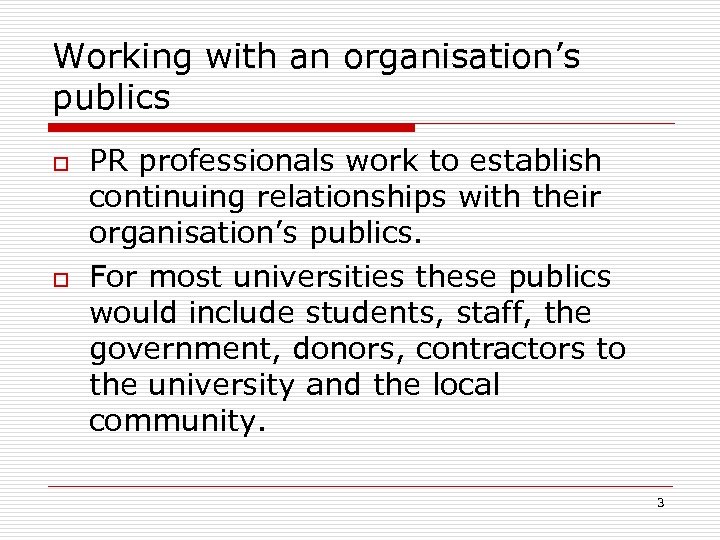 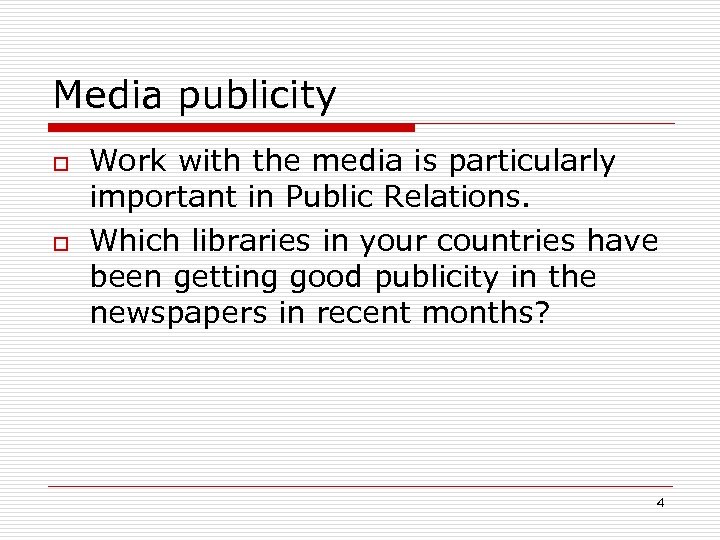 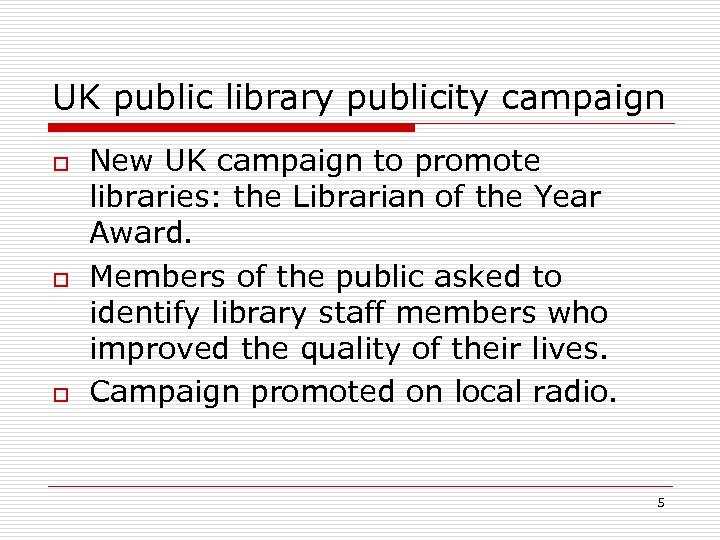 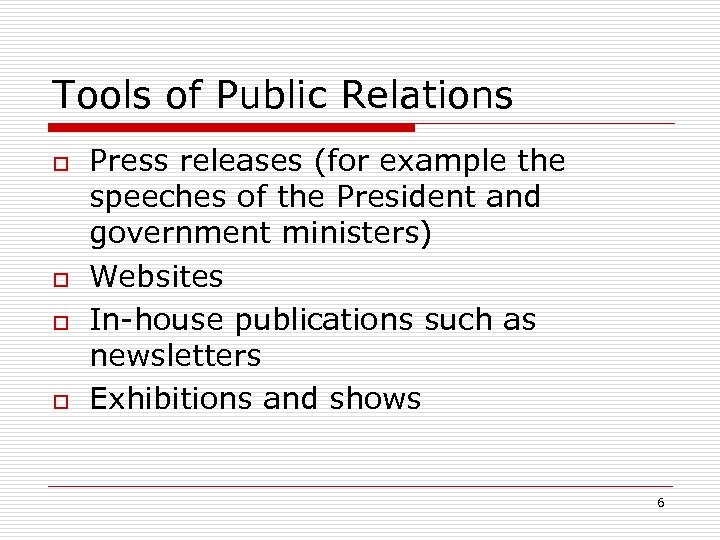 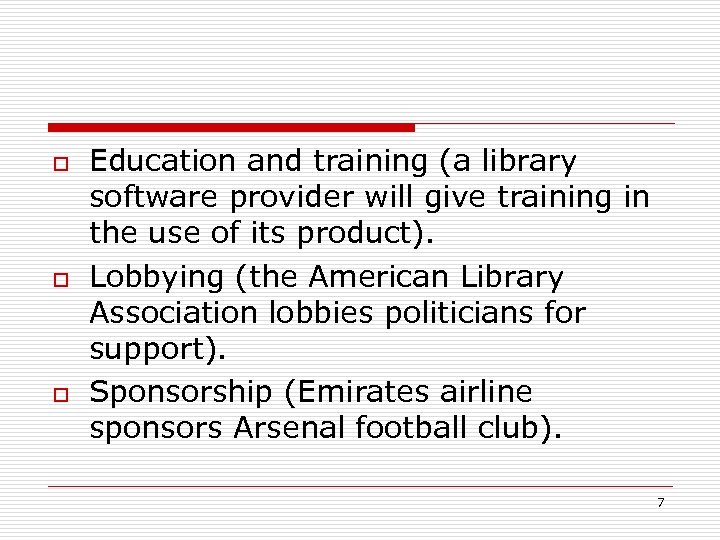 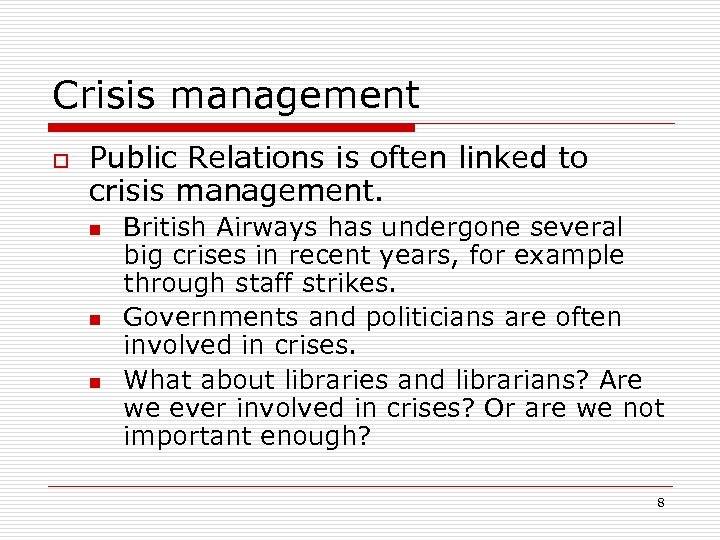 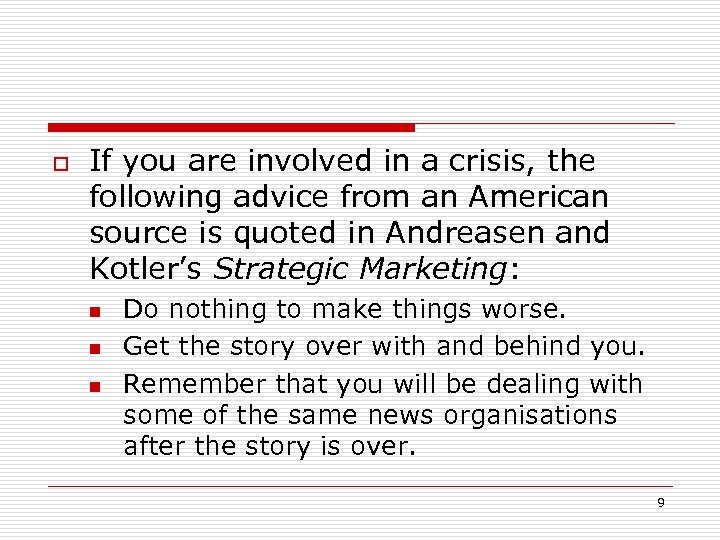 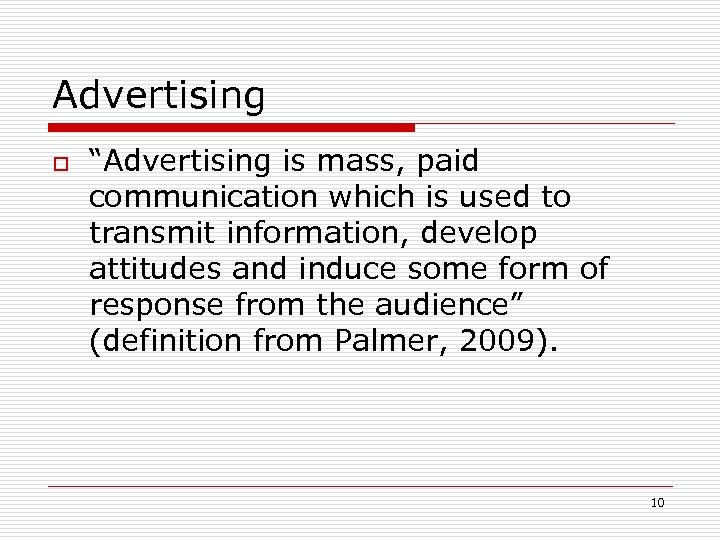 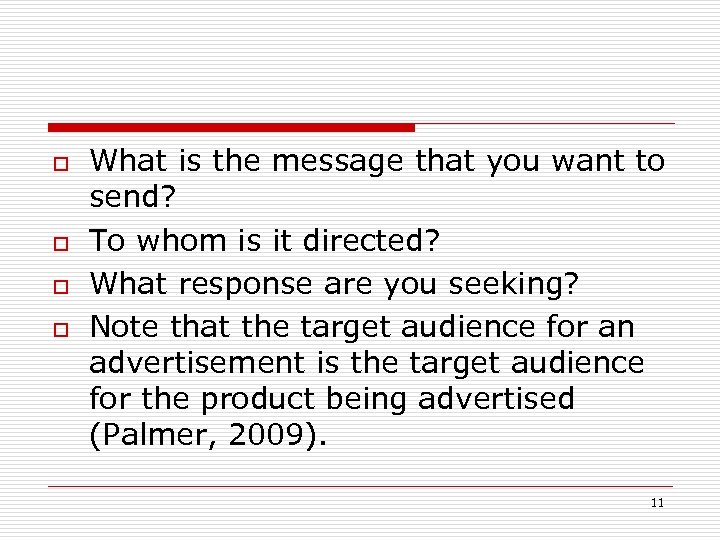 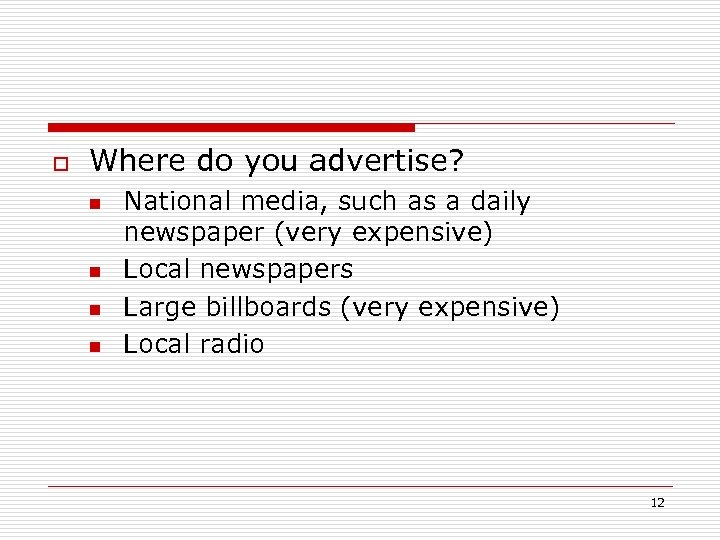 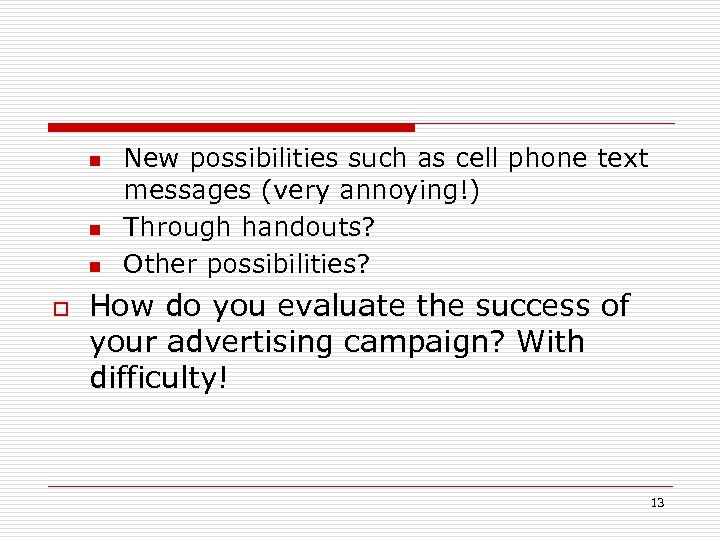 Public Relations o o “The deliberate, planned and sustained effort to establish and maintain understanding between nan organisation and its publics” (Chartered Institute of Public Relations definition) But why does PR have such a bad name? 2

Media publicity o o Work with the media is particularly important in Public Relations. Which libraries in your countries have been getting good publicity in the newspapers in recent months? 4

o o o Education and training (a library software provider will give training in the use of its product). Lobbying (the American Library Association lobbies politicians for support). Sponsorship (Emirates airline sponsors Arsenal football club). 7

o If you are involved in a crisis, the following advice from an American source is quoted in Andreasen and Kotler’s Strategic Marketing: n n n Do nothing to make things worse. Get the story over with and behind you. Remember that you will be dealing with some of the same news organisations after the story is over. 9

Advertising o “Advertising is mass, paid communication which is used to transmit information, develop attitudes and induce some form of response from the audience” (definition from Palmer, 2009). 10

n n n o New possibilities such as cell phone text messages (very annoying!) Through handouts? Other possibilities? How do you evaluate the success of your advertising campaign? With difficulty! 13