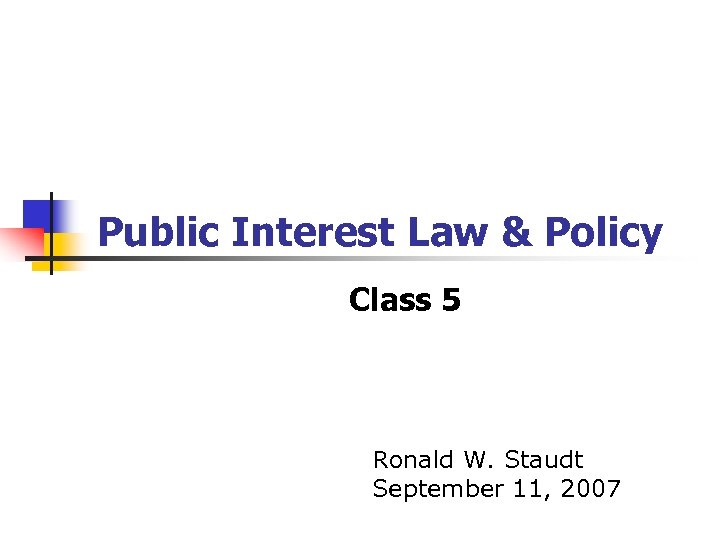 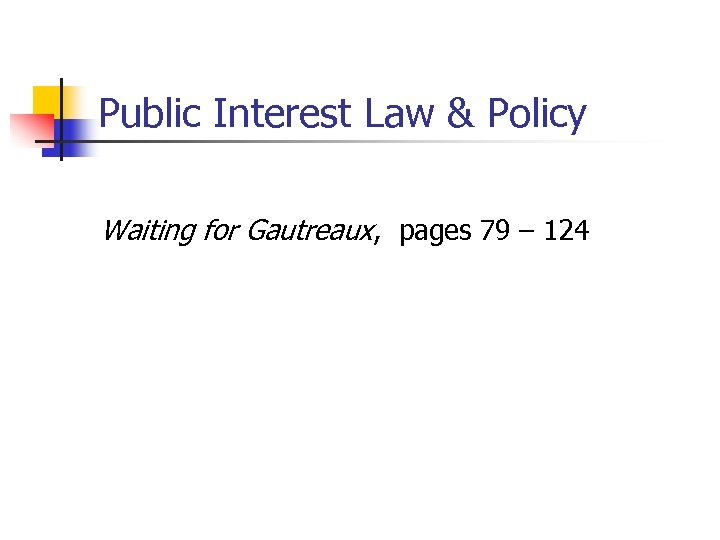 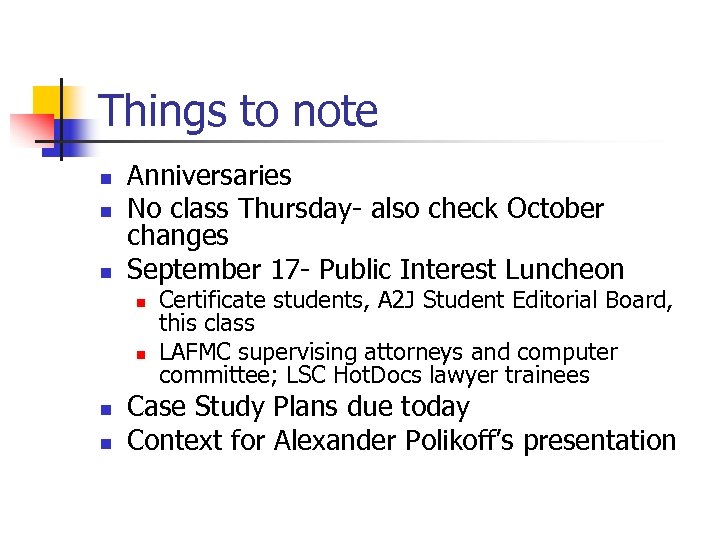 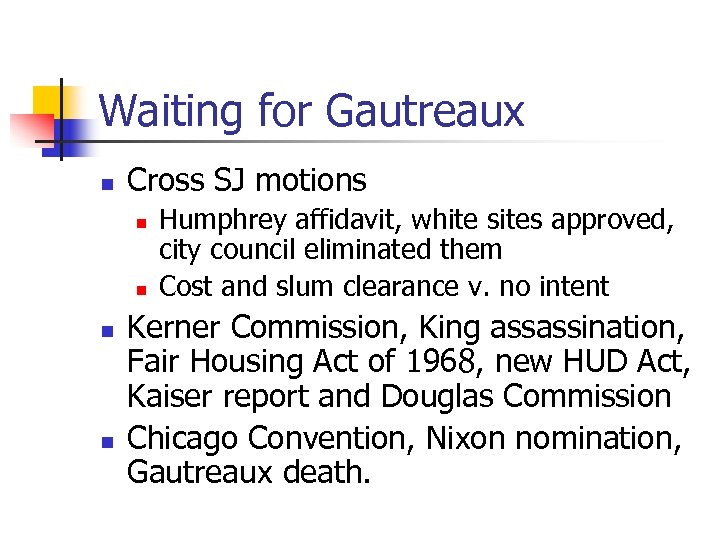 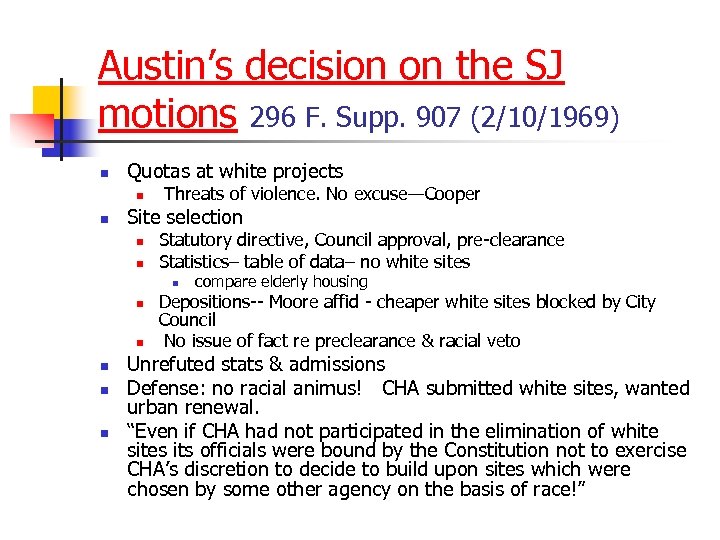 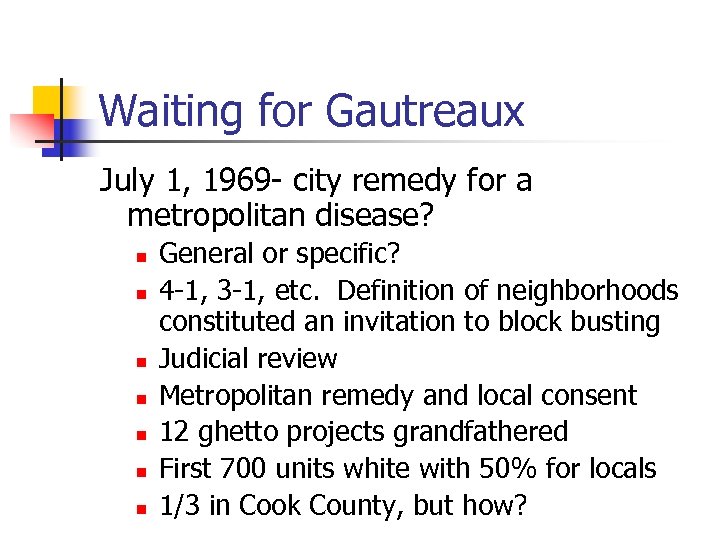 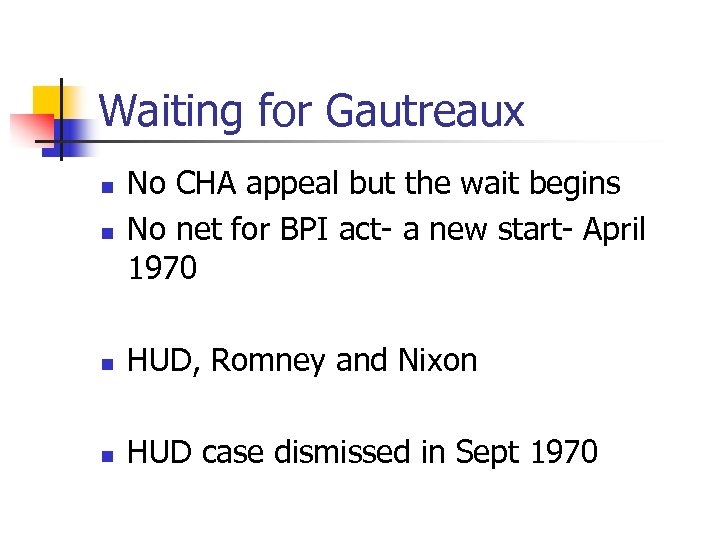 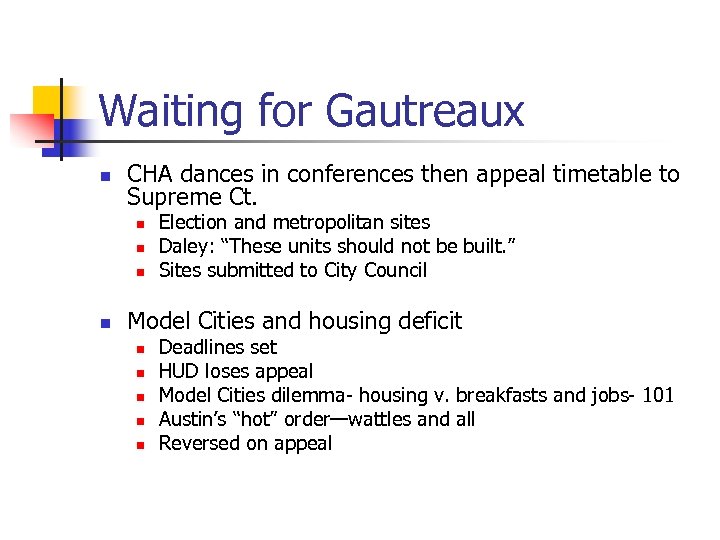 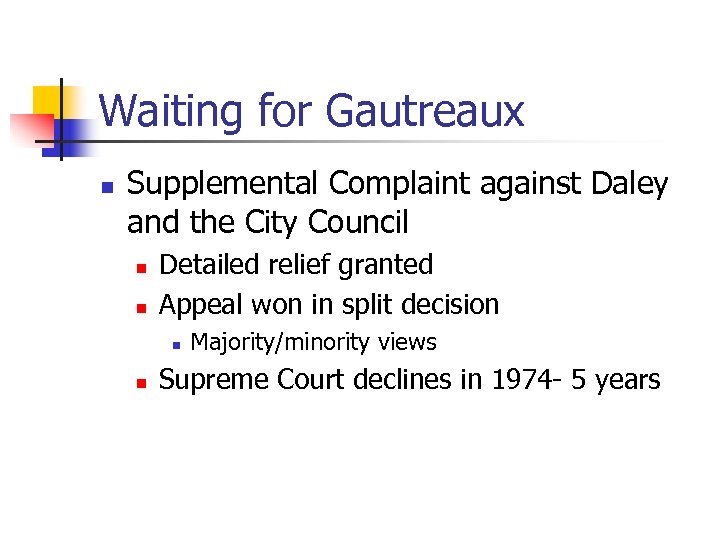 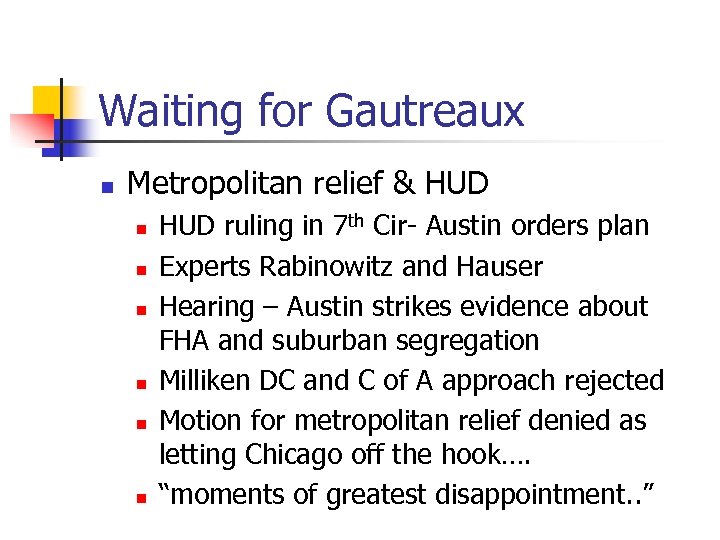 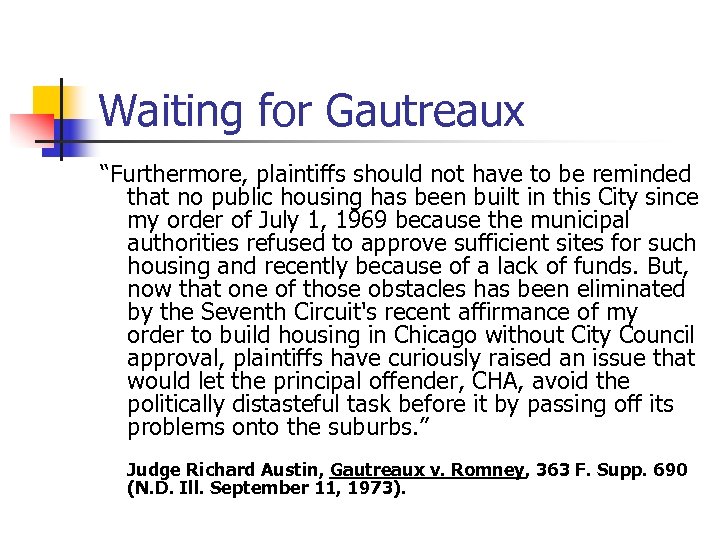 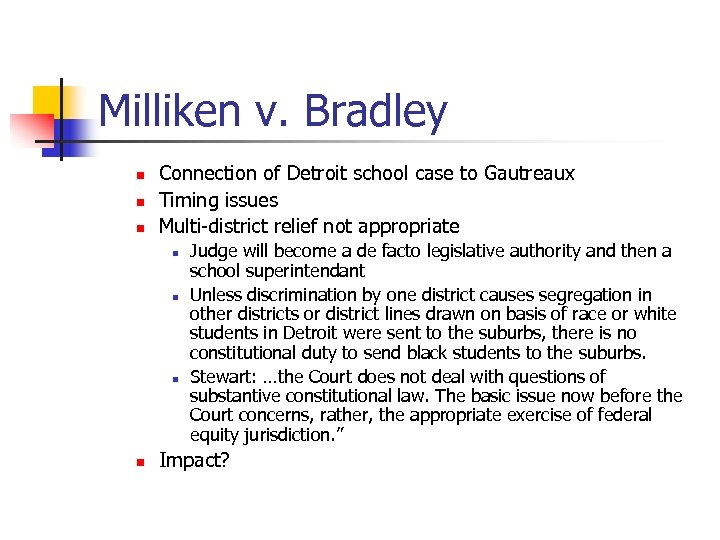 Austin’s decision on the SJ motions 296 F. Supp. 907 (2/10/1969) n Quotas at white projects n n Threats of violence. No excuse—Cooper Site selection n n Statutory directive, Council approval, pre-clearance Statistics– table of data– no white sites n n n compare elderly housing Depositions-- Moore affid - cheaper white sites blocked by City Council No issue of fact re preclearance & racial veto Unrefuted stats & admissions Defense: no racial animus! CHA submitted white sites, wanted urban renewal. “Even if CHA had not participated in the elimination of white sites its officials were bound by the Constitution not to exercise CHA’s discretion to decide to build upon sites which were chosen by some other agency on the basis of race!”

Waiting for Gautreaux “Furthermore, plaintiffs should not have to be reminded that no public housing has been built in this City since my order of July 1, 1969 because the municipal authorities refused to approve sufficient sites for such housing and recently because of a lack of funds. But, now that one of those obstacles has been eliminated by the Seventh Circuit's recent affirmance of my order to build housing in Chicago without City Council approval, plaintiffs have curiously raised an issue that would let the principal offender, CHA, avoid the politically distasteful task before it by passing off its problems onto the suburbs. ” Judge Richard Austin, Gautreaux v. Romney, 363 F. Supp. 690 (N. D. Ill. September 11, 1973).

Milliken v. Bradley n n n Connection of Detroit school case to Gautreaux Timing issues Multi-district relief not appropriate n n Judge will become a de facto legislative authority and then a school superintendant Unless discrimination by one district causes segregation in other districts or district lines drawn on basis of race or white students in Detroit were sent to the suburbs, there is no constitutional duty to send black students to the suburbs. Stewart: …the Court does not deal with questions of substantive constitutional law. The basic issue now before the Court concerns, rather, the appropriate exercise of federal equity jurisdiction. ” Impact?