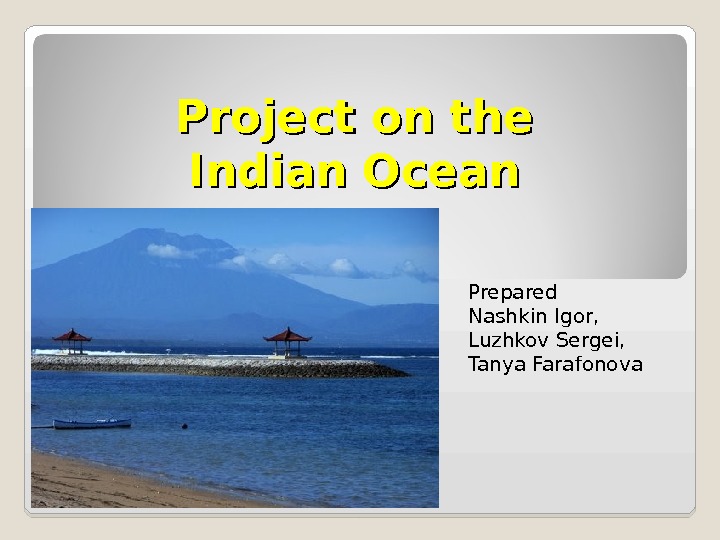 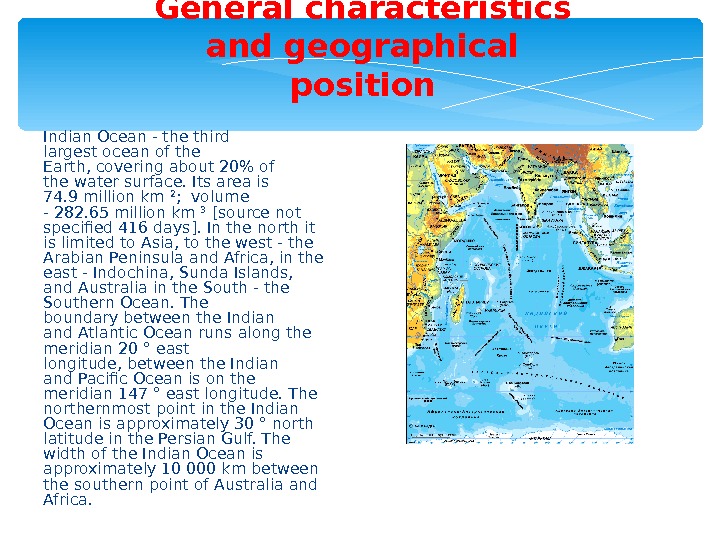 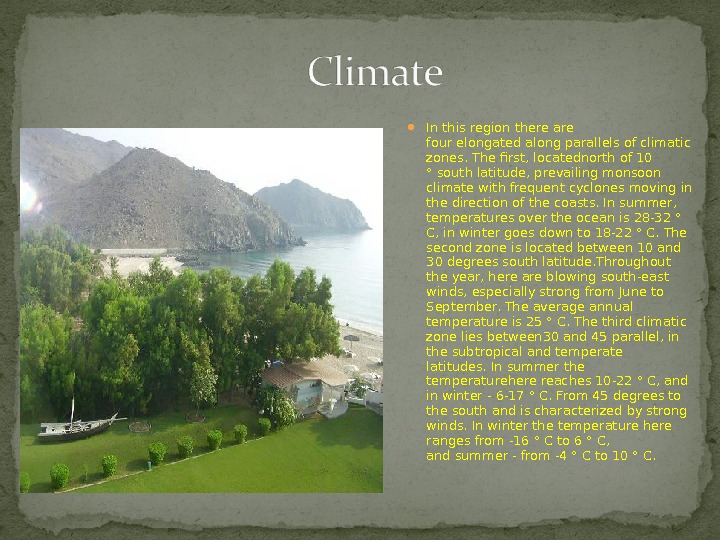 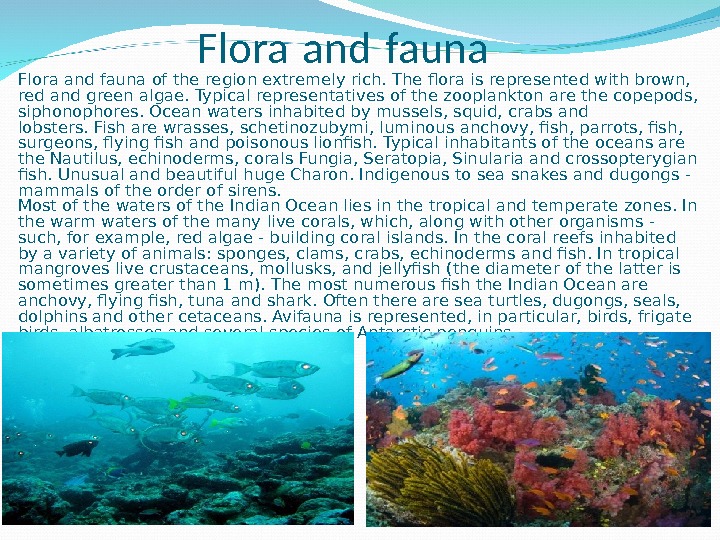 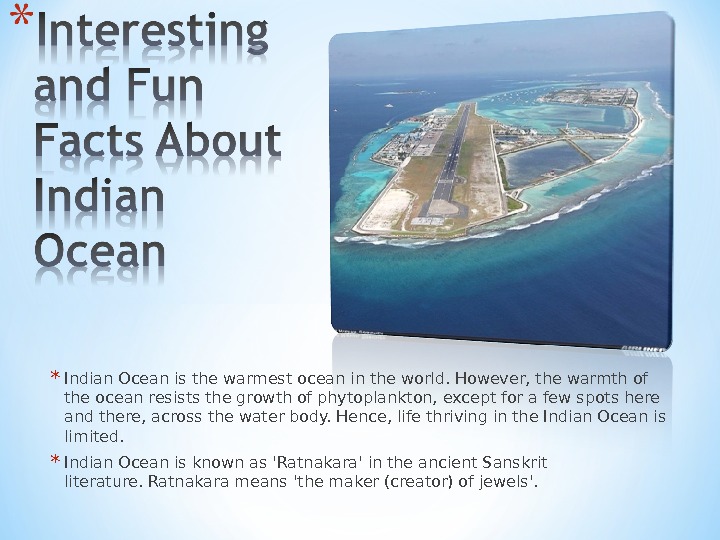 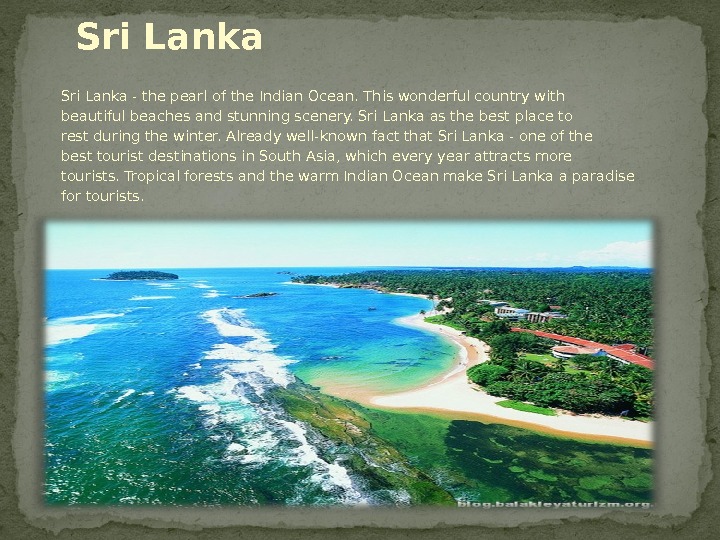 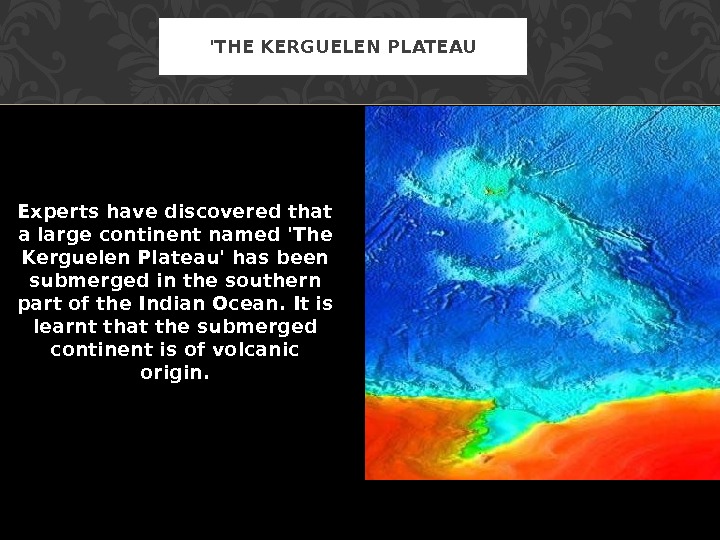 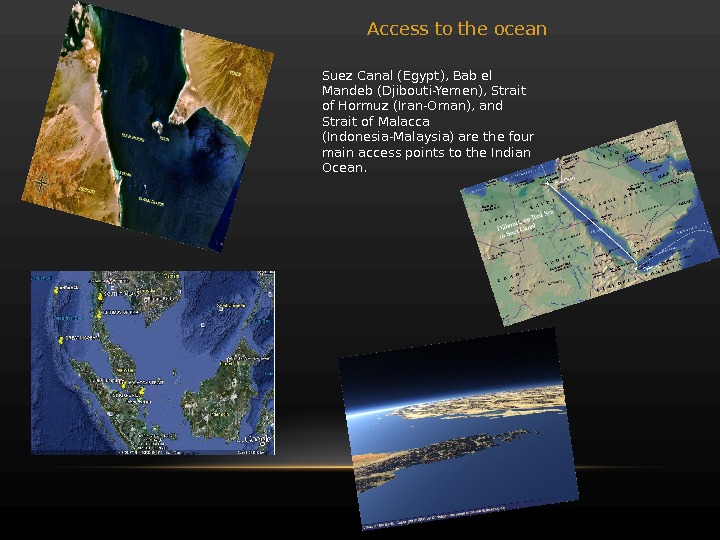 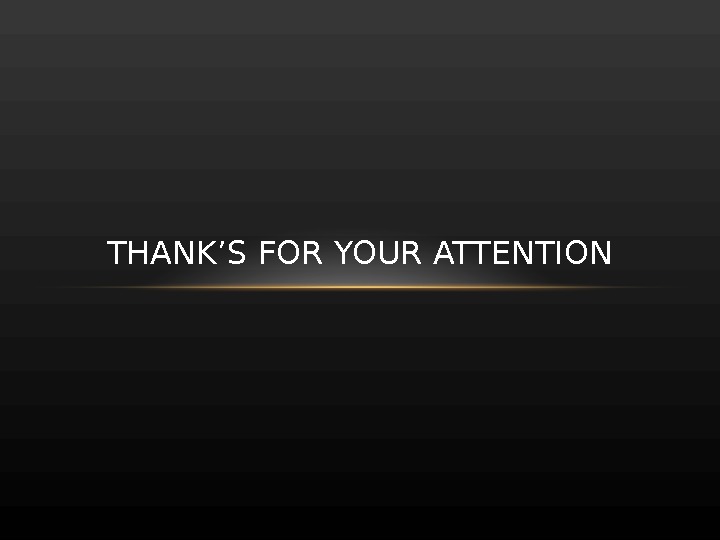 Flora and fauna of the region extremely rich. The flora is represented with brown, red and green algae. Typical representatives of the zooplankton are the copepods, siphonophores. Ocean waters inhabited by mussels, squid, crabs and lobsters. Fish are wrasses, schetinozubymi, luminous anchovy, fish, parrots, fish, surgeons, flying fish and poisonous lionfish. Typical inhabitants of the oceans are the Nautilus, echinoderms, corals Fungia, Seratopia, Sinularia and crossopterygian fish. Unusual and beautiful huge Charon. Indigenous to sea snakes and dugongs — mammals of the order of sirens. Most of the waters of the Indian Ocean lies in the tropical and temperate zones. In the warm waters of the many live corals, which, along with other organisms — such, for example, red algae — building coral islands. In the coral reefs inhabited by a variety of animals: sponges, clams, crabs, echinoderms and fish. In tropical mangroves live crustaceans, mollusks, and jellyfish (the diameter of the latter is sometimes greater than 1 m). The most numerous fish the Indian Ocean are anchovy, flying fish, tuna and shark. Often there are sea turtles, dugongs, seals, dolphins and other cetaceans. Avifauna is represented, in particular, birds, frigate birds, albatrosses and several species of Antarctic penguins.

* Indian Ocean is the warmest ocean in the world. However, the warmth of the ocean resists the growth of phytoplankton, except for a few spots here and there, across the water body. Hence, life thriving in the Indian Ocean is limited. * Indian Ocean is known as ‘Ratnakara’ in the ancient Sanskrit literature. Ratnakara means ‘the maker (creator) of jewels’.

Experts have discovered that a large continent named ‘The Kerguelen Plateau’ has been submerged in the southern part of the Indian Ocean. It is learnt that the submerged continent is of volcanic origin. ‘THE KERGUELEN PLATEAU

Access to the ocean Suez Canal (Egypt), Bab el Mandeb (Djibouti-Yemen), Strait of Hormuz (Iran-Oman), and Strait of Malacca (Indonesia-Malaysia) are the four main access points to the Indian Ocean.

THANK’S FOR YOUR ATTENTION