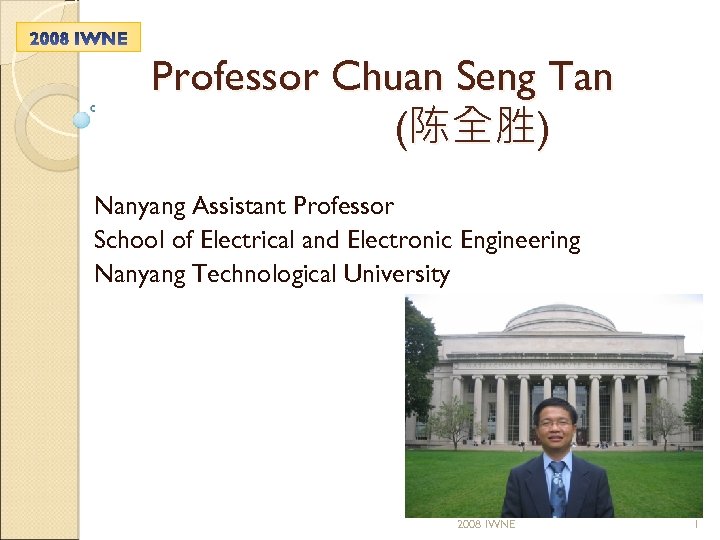 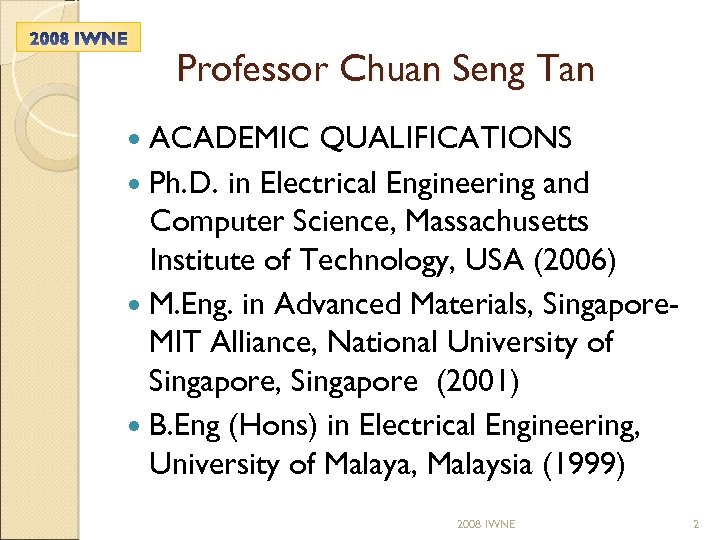 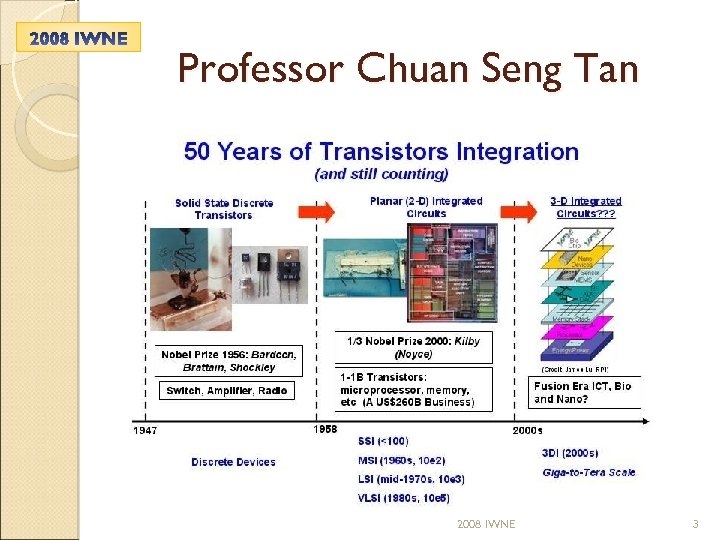 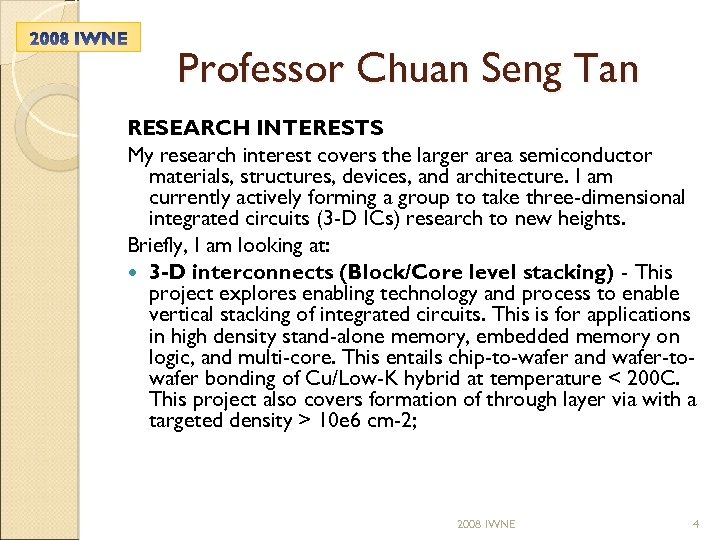 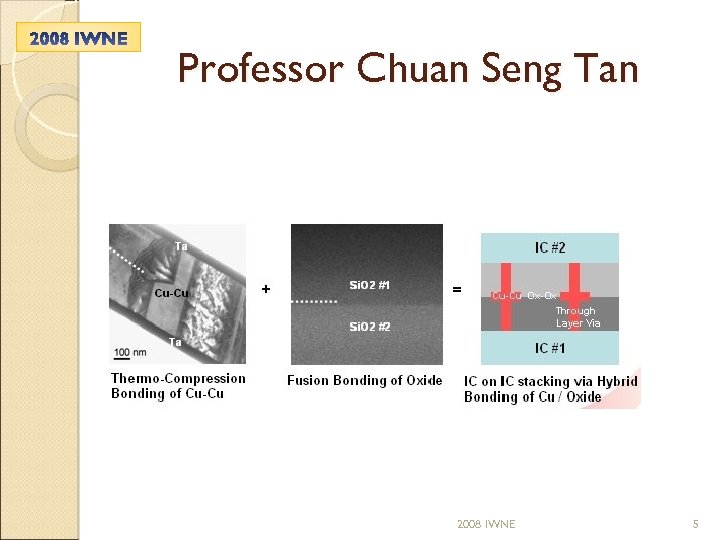 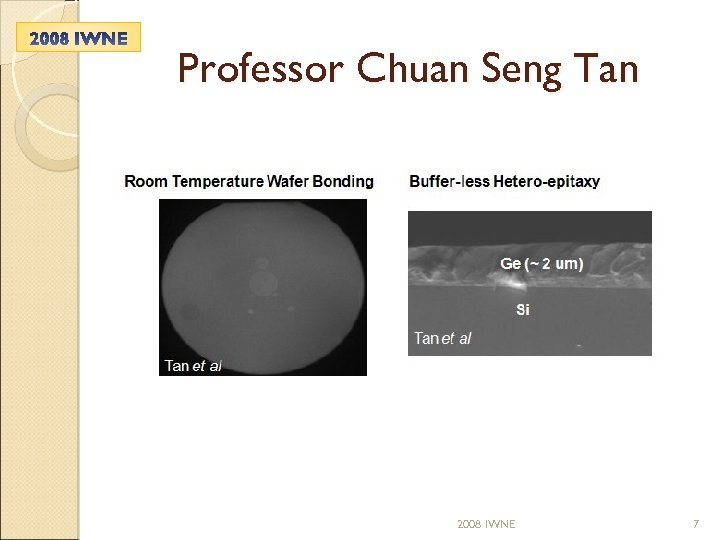 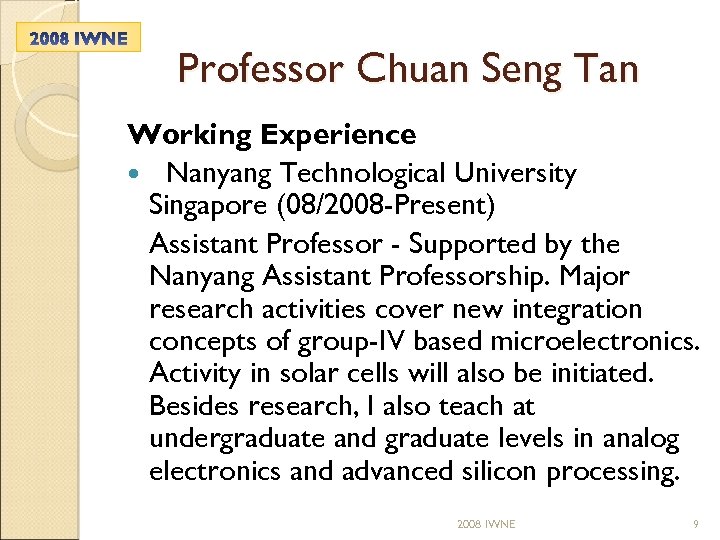 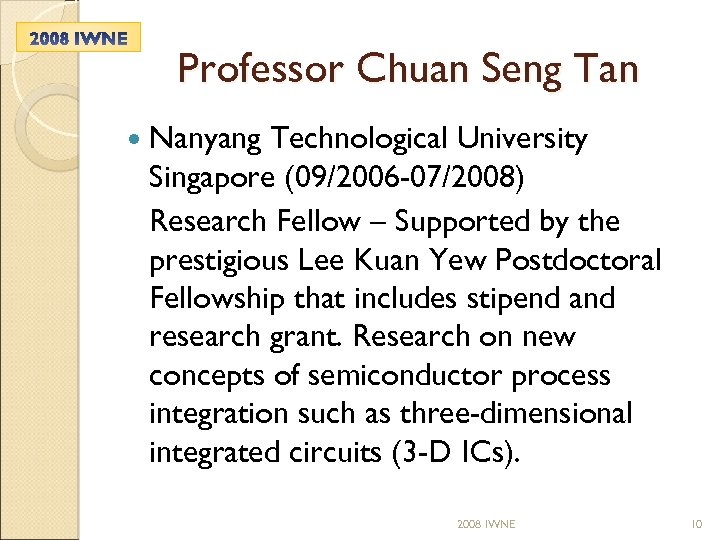 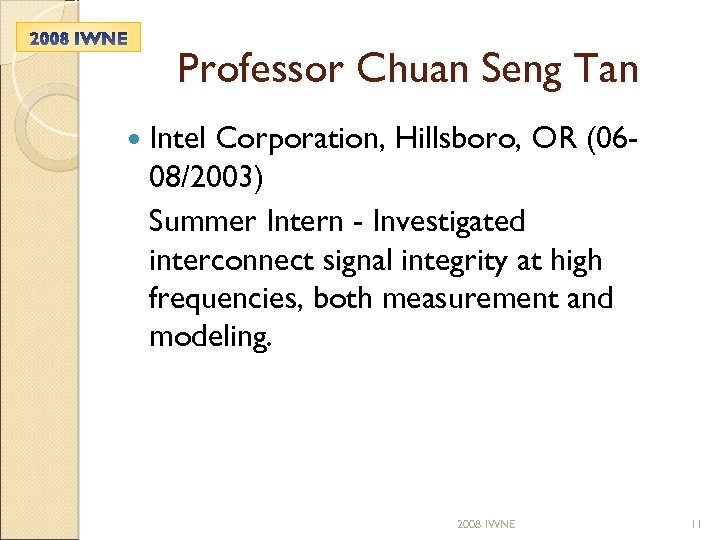 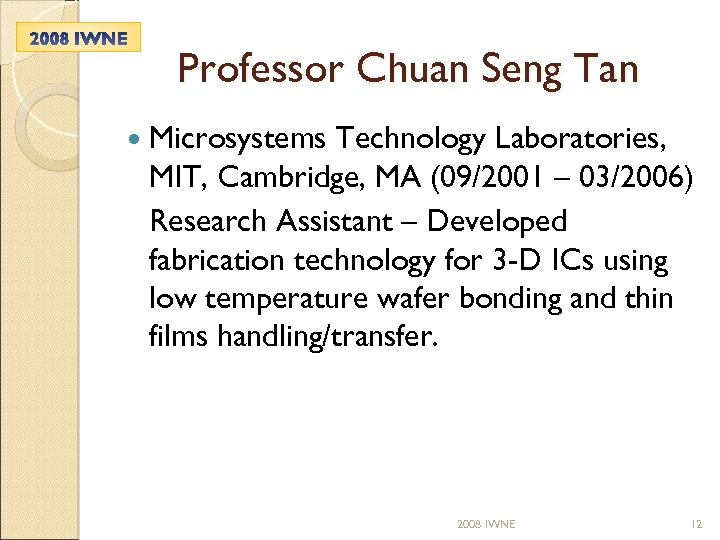 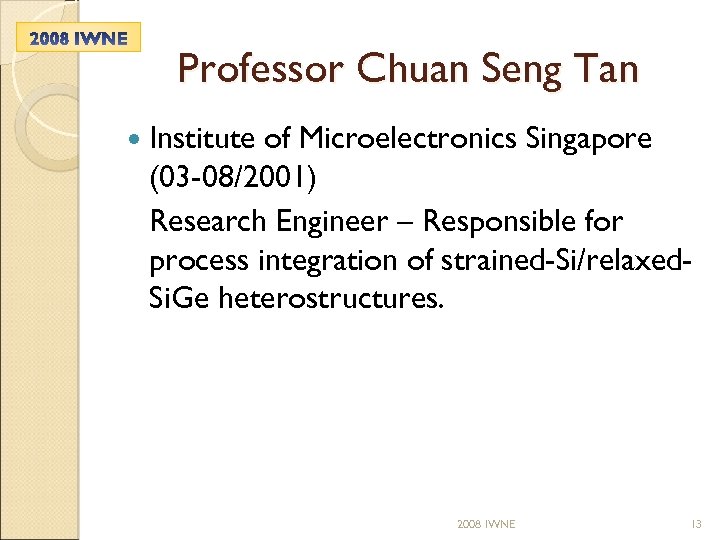 Professor Chuan Seng Tan Group-IV Heteroepitaxy and Heterostructure - I am particularly interested in direct buffer-less Ge growth on Si substrate for applications in CMOS, photonics, and solar cells (who can say no to SCs these days? ). The epitaxy is performed in an Rapid Thermal Chemical Vapor Depostion (RTCVD) reactor from ASM (if you talk to ASM guys, they dislike the terms RTCVD, they prefer to call their tool "reduced pressure epitaxy"). I am also investigating the feasibility of wafer bonding for similar applications. I undertake the above research in the Microfabrication Laboratory (MFL). Our group is funded generously by these agencies. 2008 IWNE 6