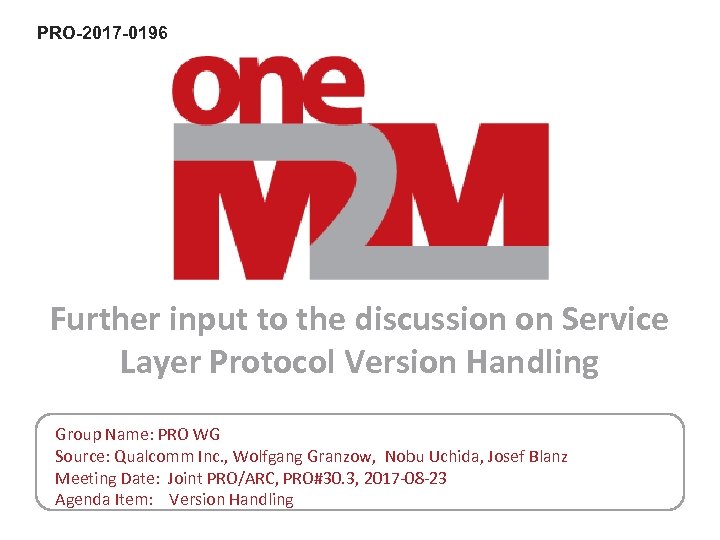 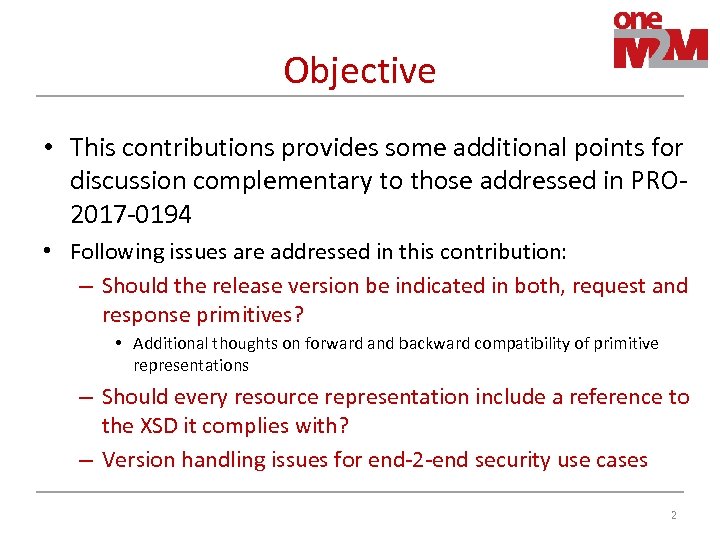 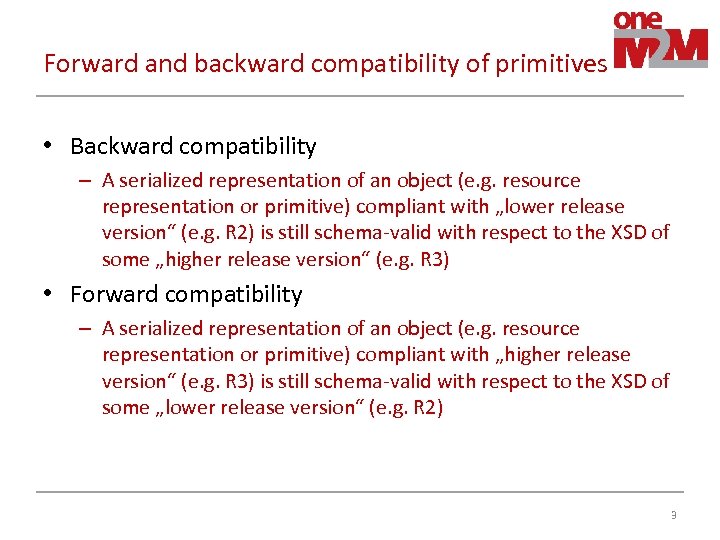 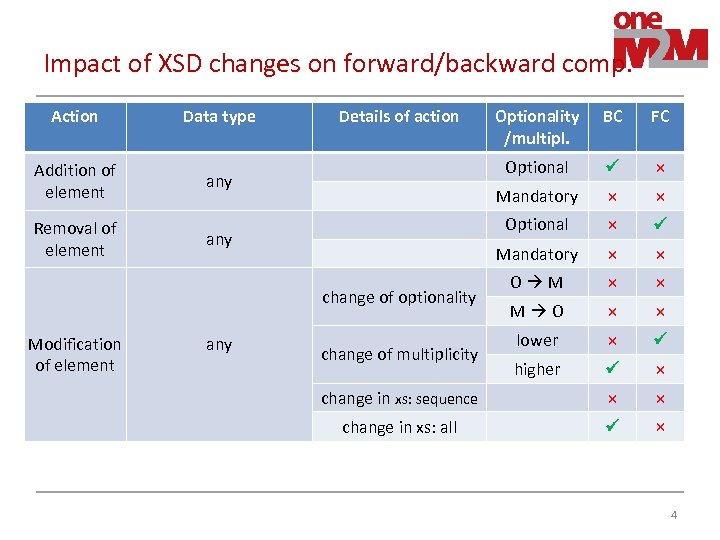 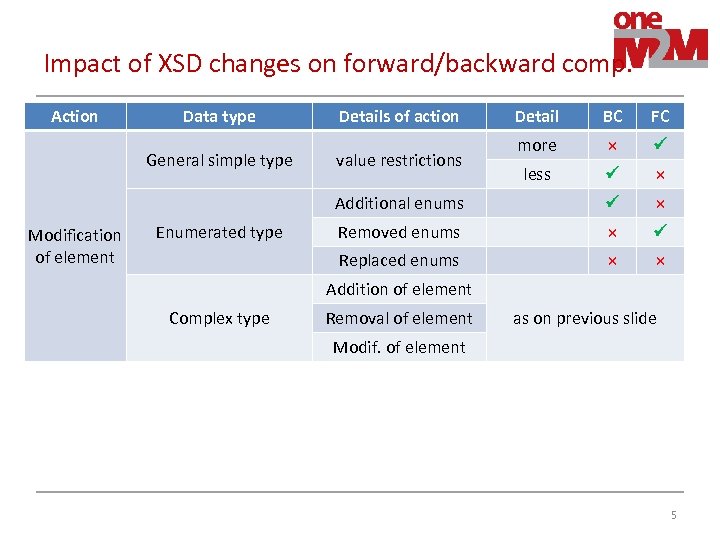 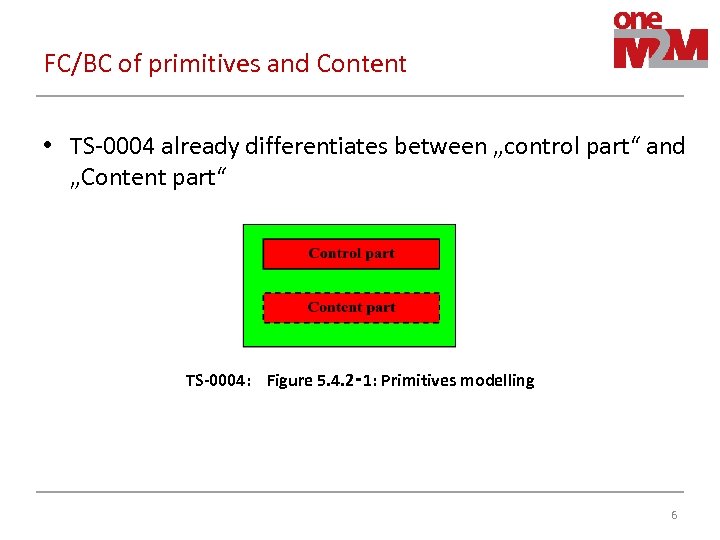 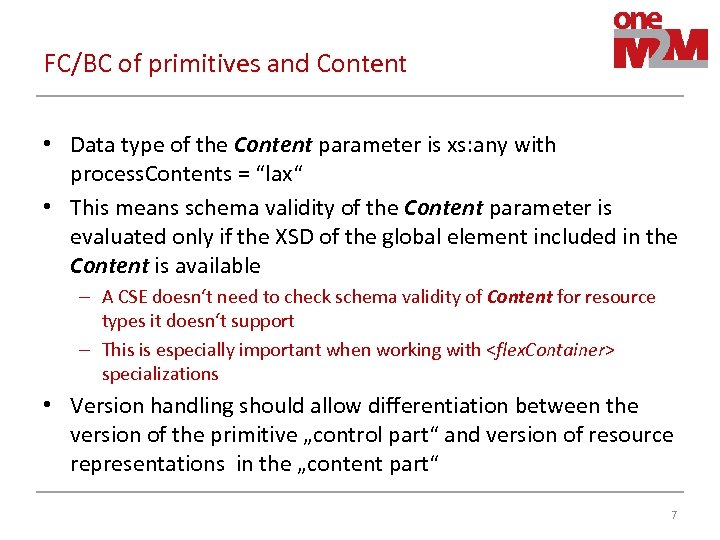 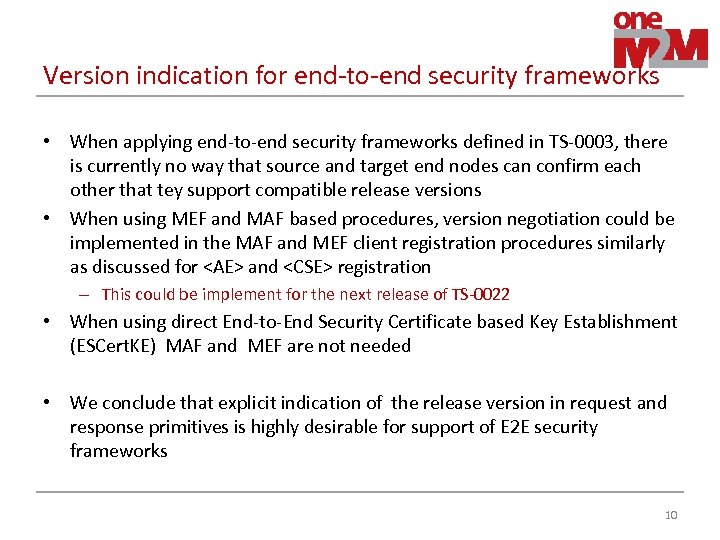 Скачать презентацию PRO-2017 -0196 Further input to the discussion on

Objective • This contributions provides some additional points for discussion complementary to those addressed in PRO 2017 -0194 • Following issues are addressed in this contribution: – Should the release version be indicated in both, request and response primitives? • Additional thoughts on forward and backward compatibility of primitive representations – Should every resource representation include a reference to the XSD it complies with? – Version handling issues for end-2 -end security use cases 2

Indication of release version in primitives • Should we define 2 different version indicators for control and content parts of a primitive? – This is not needed when it is mandated by definition that the version indicated in a primitive shall also apply to specific resource representations included in the Content parameter – specific resource representations means • it applies to all global elements and resource types defined in the namespace with prefix „m 2 m: “, except for any

Indication of release version in primitives • Using the approach described on the previous slide – Avoids the need to define a second version indicator applicable to the primitive Content parameter – Avoids the addition of a new universal resource attribute which would indicate the version of resource representations for resource types prefixed with m 2 m: (as described on the previous page) – Implies that also response primitives should be enabled to include a release version indicator in order to clearly define the version the Content parameter complies with 9

Version indication for end-to-end security frameworks • When applying end-to-end security frameworks defined in TS-0003, there is currently no way that source and target end nodes can confirm each other that tey support compatible release versions • When using MEF and MAF based procedures, version negotiation could be implemented in the MAF and MEF client registration procedures similarly as discussed for