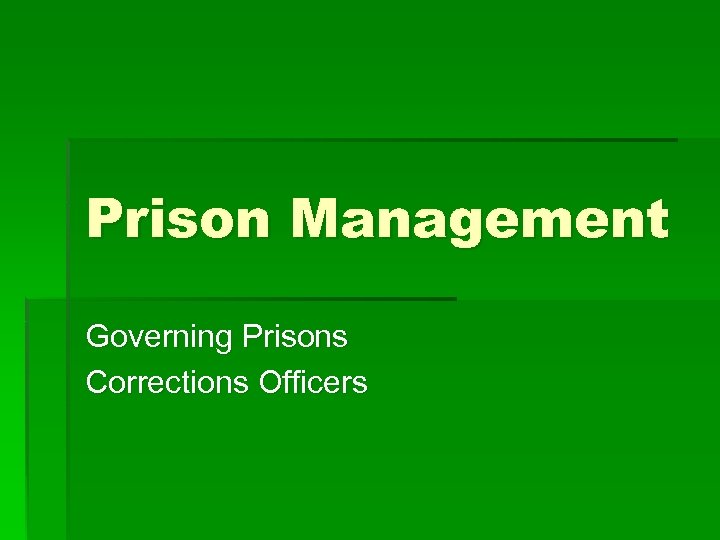 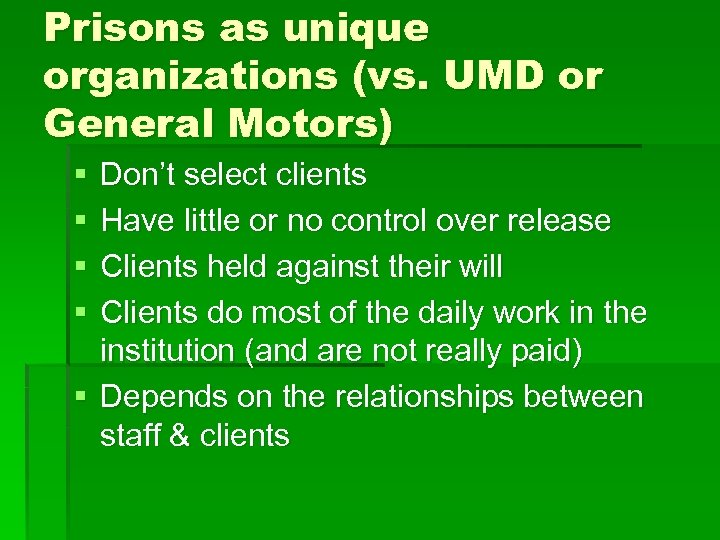 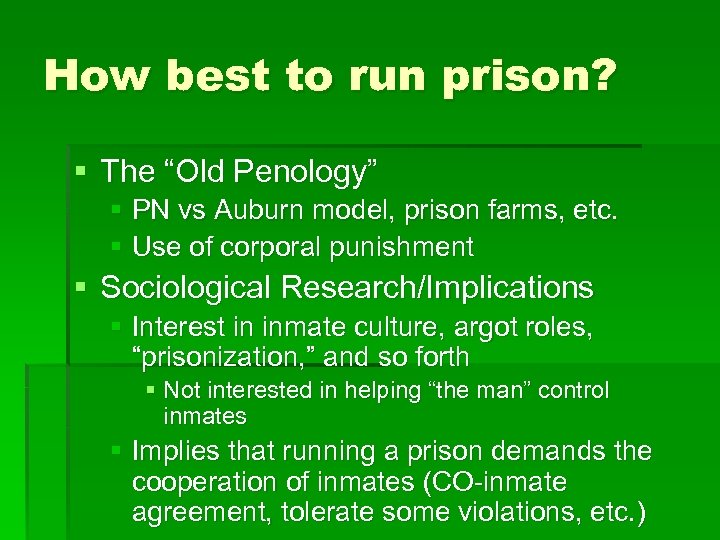 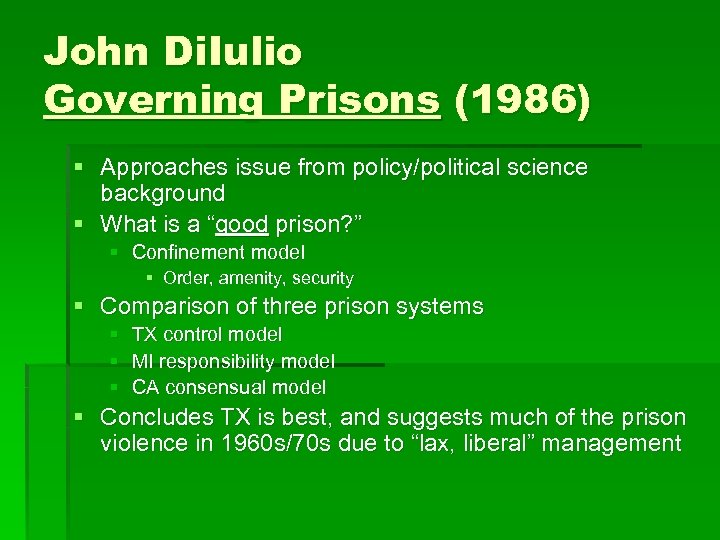 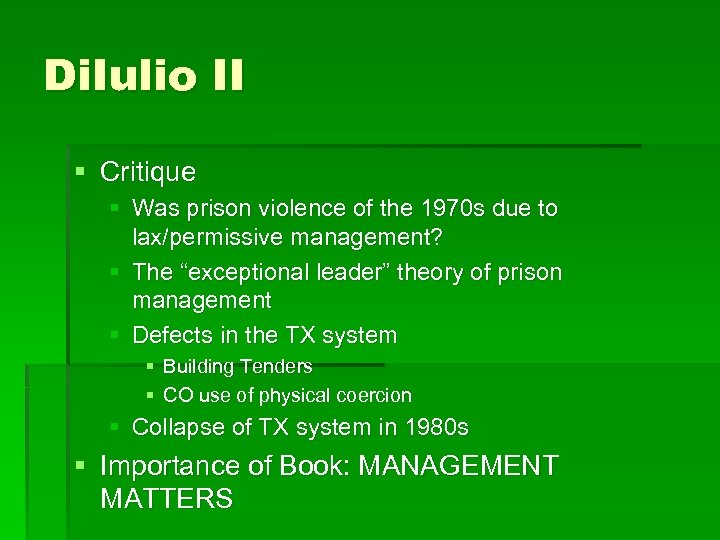 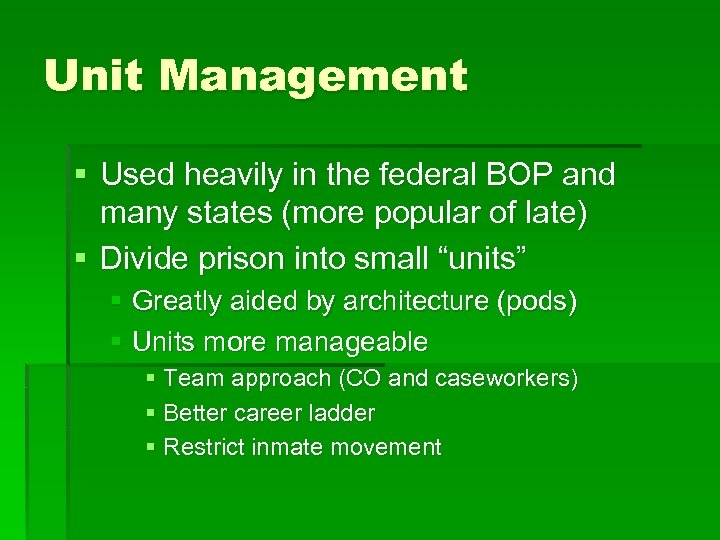 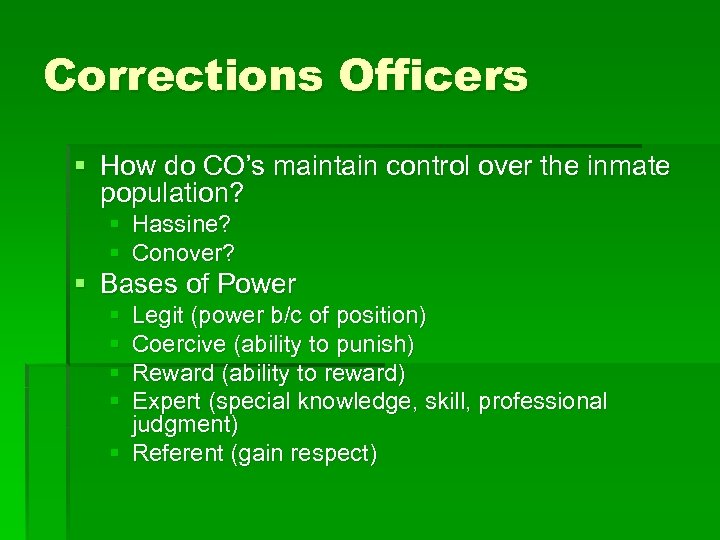 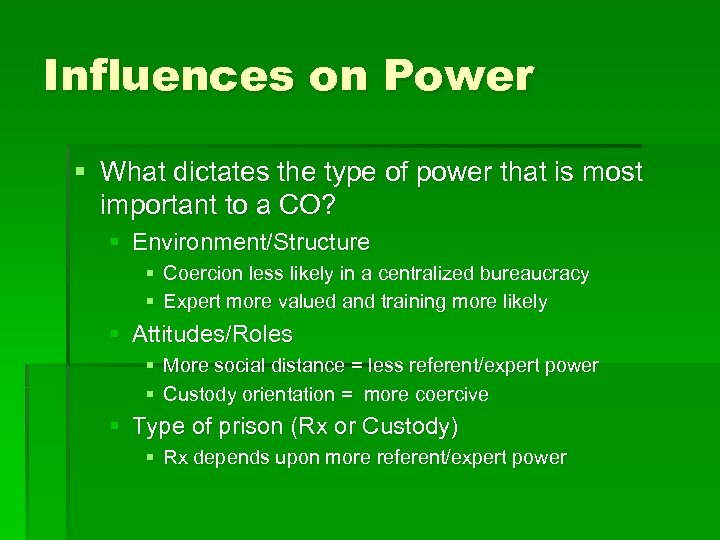 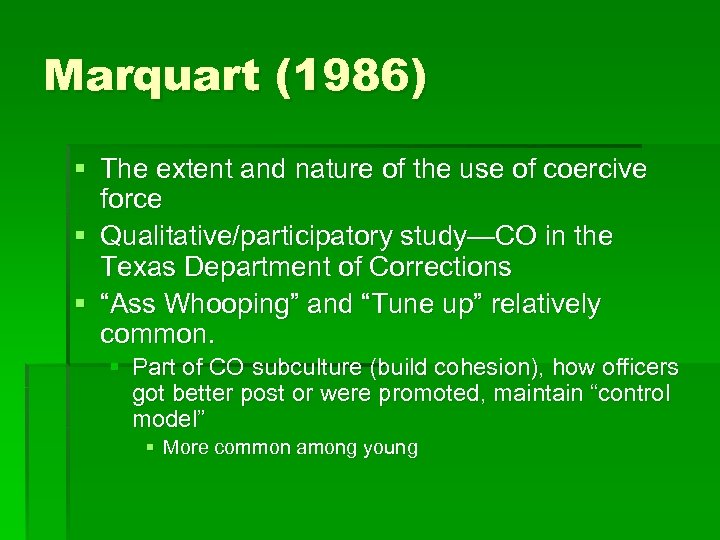 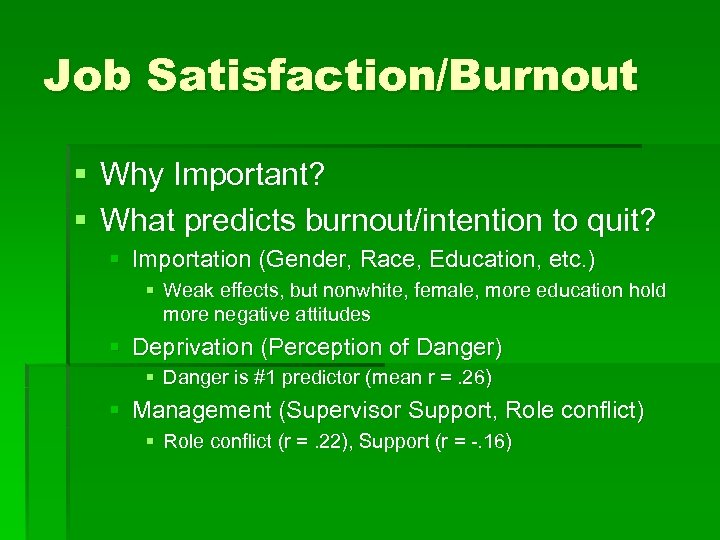 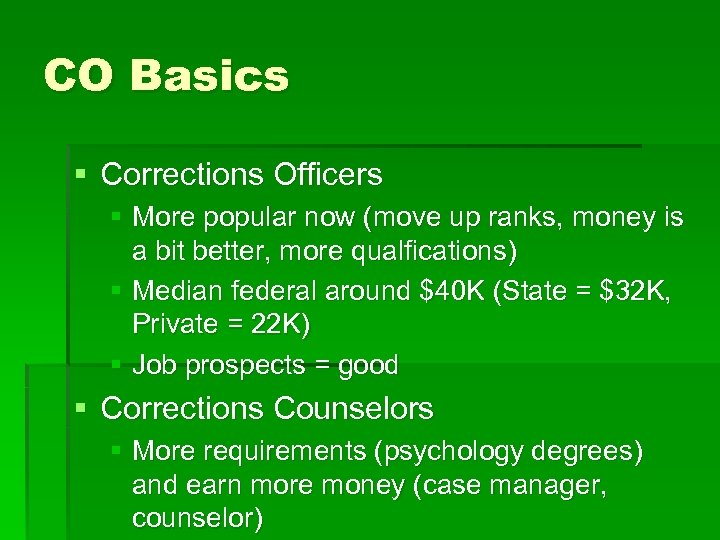 Prisons as unique organizations (vs. UMD or General Motors) § § Don’t select clients Have little or no control over release Clients held against their will Clients do most of the daily work in the institution (and are not really paid) § Depends on the relationships between staff & clients

How best to run prison? § The “Old Penology” § PN vs Auburn model, prison farms, etc. § Use of corporal punishment § Sociological Research/Implications § Interest in inmate culture, argot roles, “prisonization, ” and so forth § Not interested in helping “the man” control inmates § Implies that running a prison demands the cooperation of inmates (CO-inmate agreement, tolerate some violations, etc. )

Di. Iulio II § Critique § Was prison violence of the 1970 s due to lax/permissive management? § The “exceptional leader” theory of prison management § Defects in the TX system § Building Tenders § CO use of physical coercion § Collapse of TX system in 1980 s § Importance of Book: MANAGEMENT MATTERS

Marquart (1986) § The extent and nature of the use of coercive force § Qualitative/participatory study—CO in the Texas Department of Corrections § “Ass Whooping” and “Tune up” relatively common. § Part of CO subculture (build cohesion), how officers got better post or were promoted, maintain “control model” § More common among young