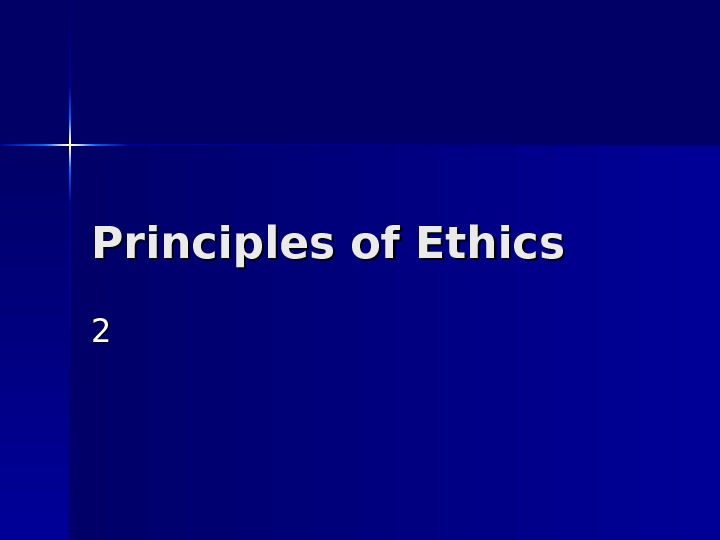 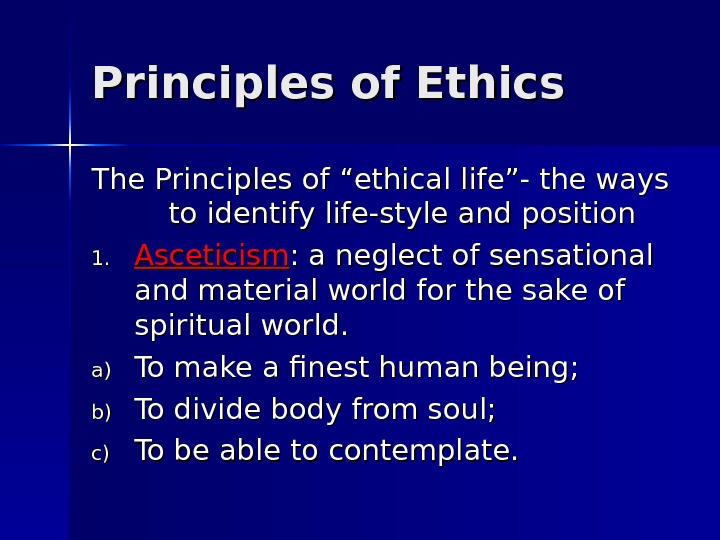 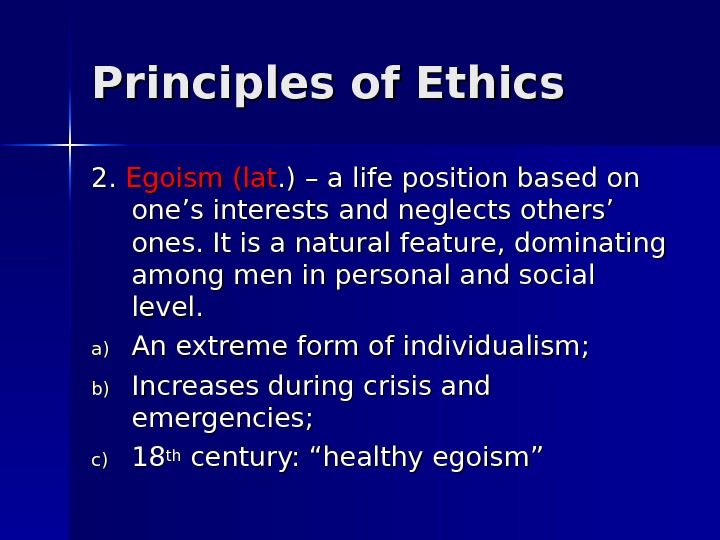 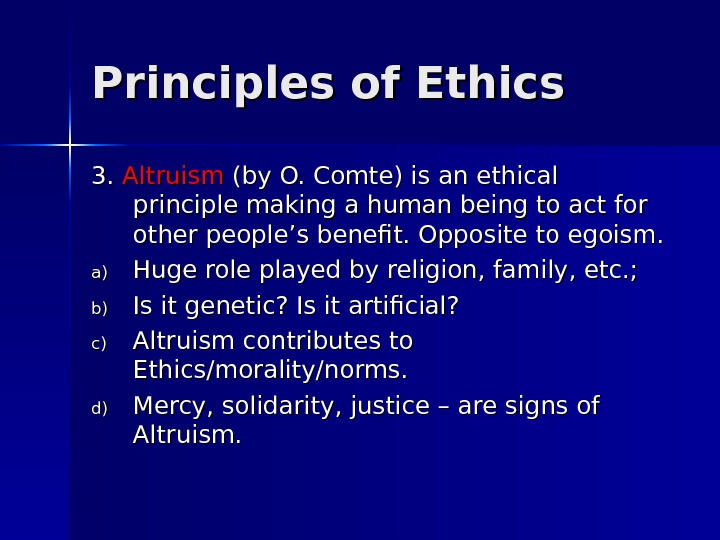 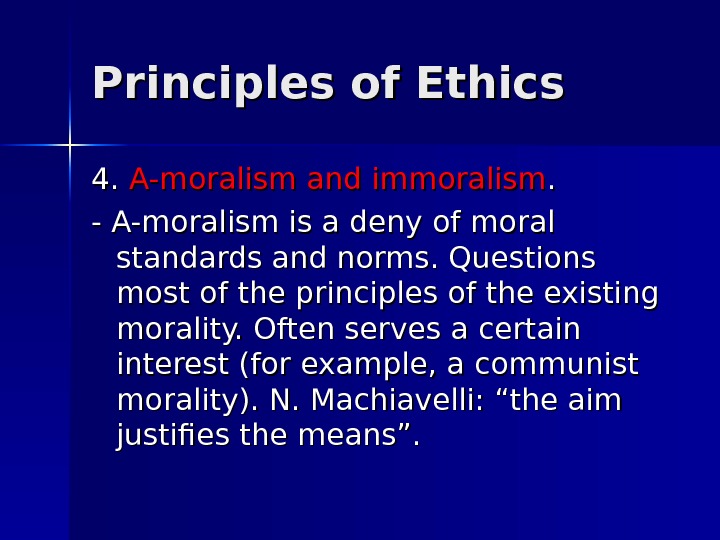 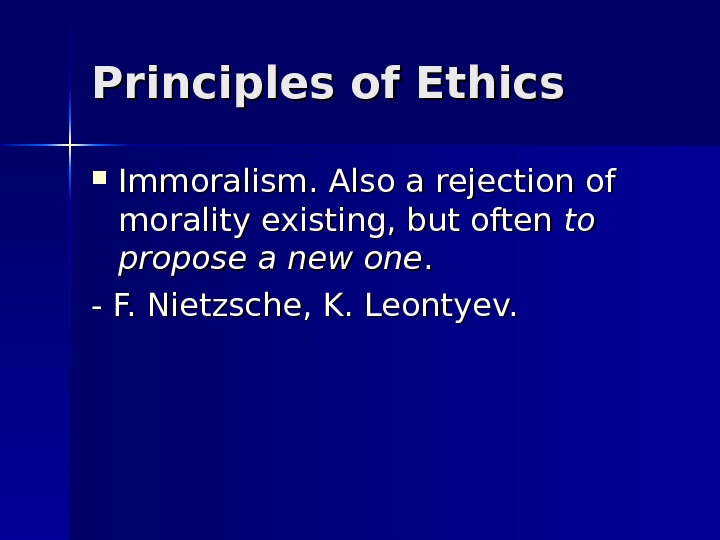 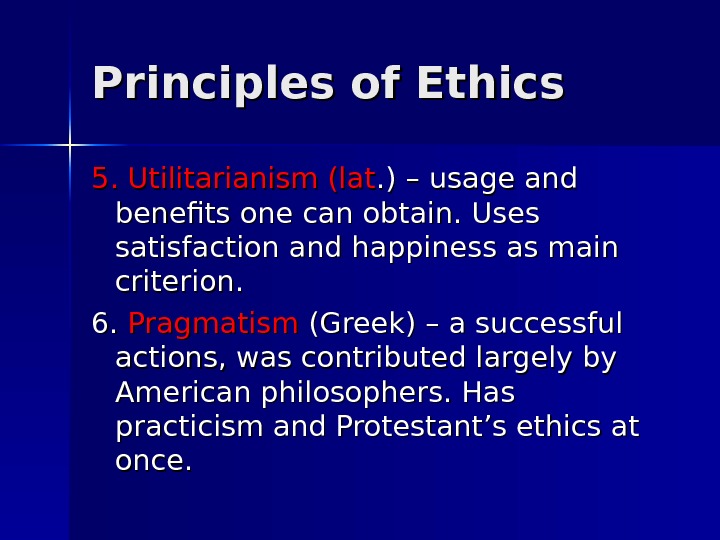 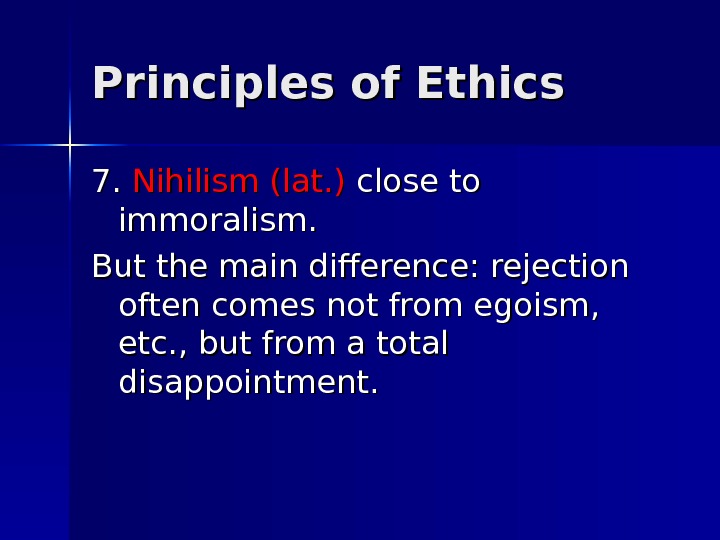 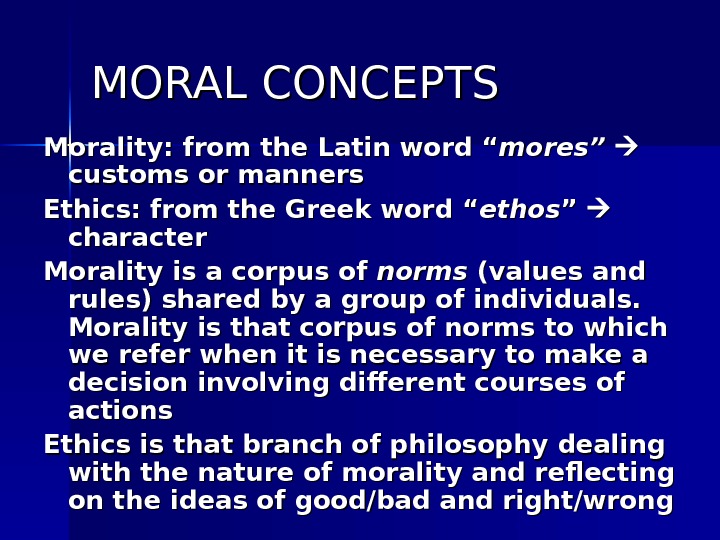 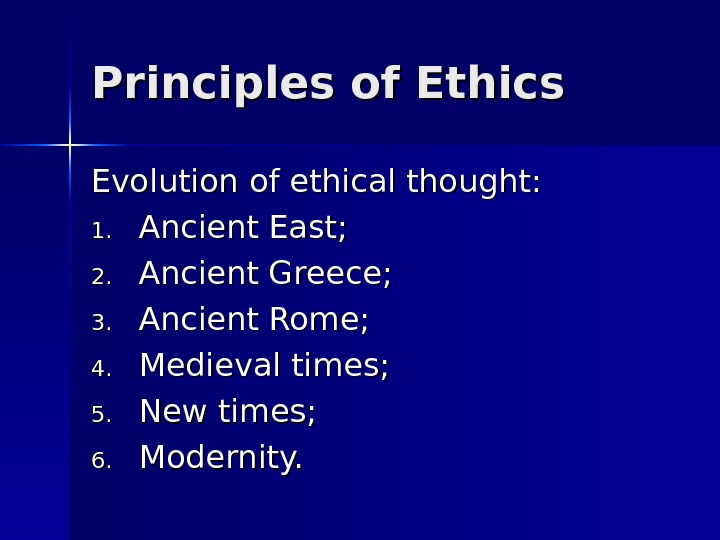 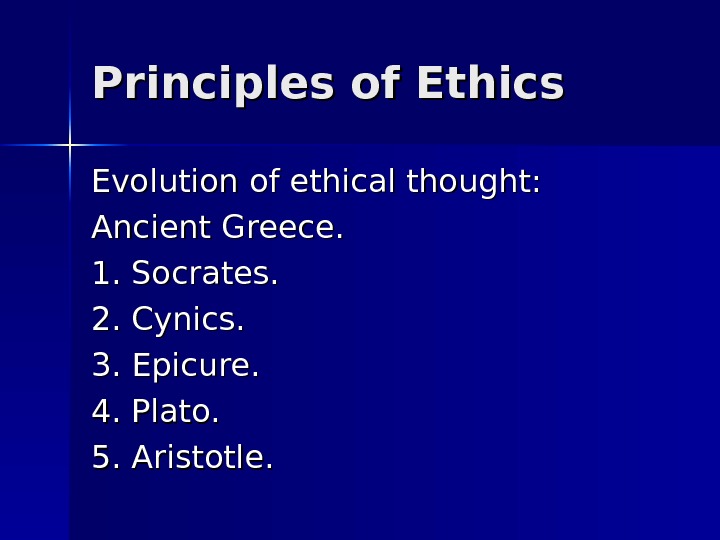 Principles of Ethics The Principles of “ethical life”- the ways to identify life-style and position 1. 1. Asceticism : a neglect of sensational and material world for the sake of spiritual world. a)a) To make a finest human being; b)b) To divide body from soul; c)c) To be able to contemplate.

Principles of Ethics 2. 2. Egoism (lat. ) – a life position based on one’s interests and neglects others’ ones. It is a natural feature, dominating among men in personal and social level. a)a) An extreme form of individualism; b)b) Increases during crisis and emergencies; c)c) 1818 thth century: “healthy egoism”

Principles of Ethics 3. 3. Altruism (by O. Comte) is an ethical principle making a human being to act for other people’s benefit. Opposite to egoism. a)a) Huge role played by religion, family, etc. ; b)b) Is it genetic? Is it artificial? c)c) Altruism contributes to Ethics/morality/norms. d)d) Mercy, solidarity, justice – are signs of Altruism.

Principles of Ethics 4. 4. A-moralism and immoralism. . — A-moralism is a deny of moral standards and norms. Questions most of the principles of the existing morality. Often serves a certain interest (for example, a communist morality). N. Machiavelli: “the aim justifies the means”.

Principles of Ethics Immoralism. Also a rejection of morality existing, but often to to propose a new one. . — F. Nietzsche, K. Leontyev.

Principles of Ethics 5. Utilitarianism (lat. ) – usage and benefits one can obtain. Uses satisfaction and happiness as main criterion. 6. 6. Pragmatism (Greek) – a successful actions, was contributed largely by American philosophers. Has practicism and Protestant’s ethics at once.

Principles of Ethics 7. 7. Nihilism (lat. ) close to immoralism. But the main difference: rejection often comes not from egoism, etc. , but from a total disappointment.

MORAL CONCEPTS Morality: from the Latin word “ mores” customs or manners Ethics: from the Greek word “ ethos ” ” character Morality is a corpus of norms (values and rules) shared by a group of individuals. Morality is that corpus of norms to which we refer when it is necessary to make a decision involving different courses of actions Ethics is that branch of philosophy dealing with the nature of morality and reflecting on the ideas of good/bad and right/wrong