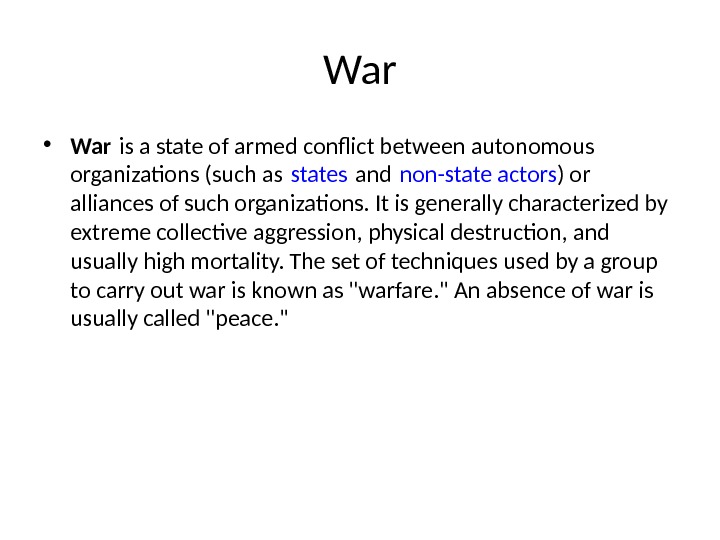 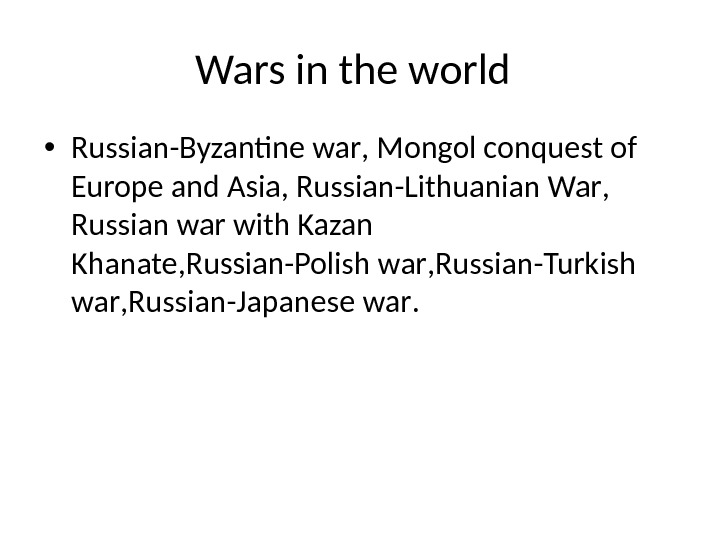 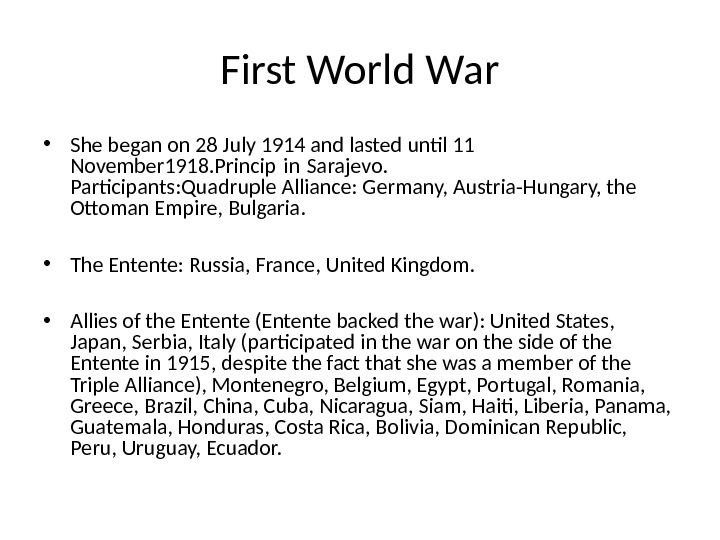 Скачать презентацию Wars in the world

War • War is a state of armed confict between autonomous organizatons (such as states and non-state actors ) or alliances of such organizatons. It is generally characterized by extreme collectve aggression, physical destructon, and usually high mortality. The set of techniques used by a group to carry out war is known as «warfare. » An absence of war is usually called «peace. «