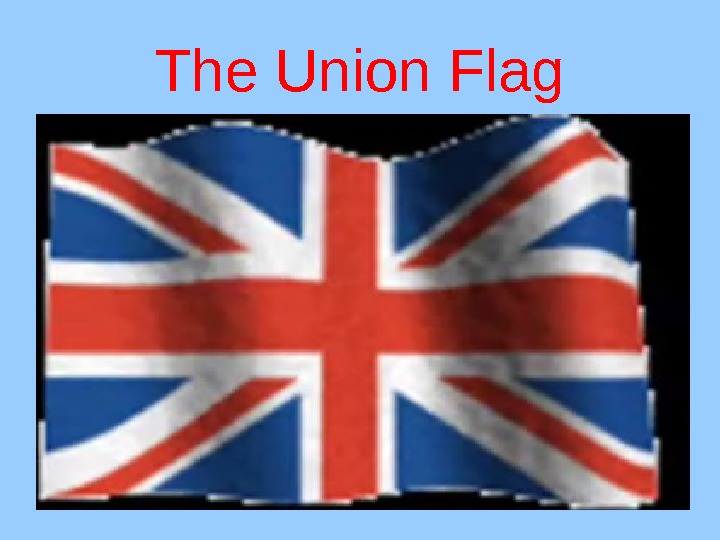 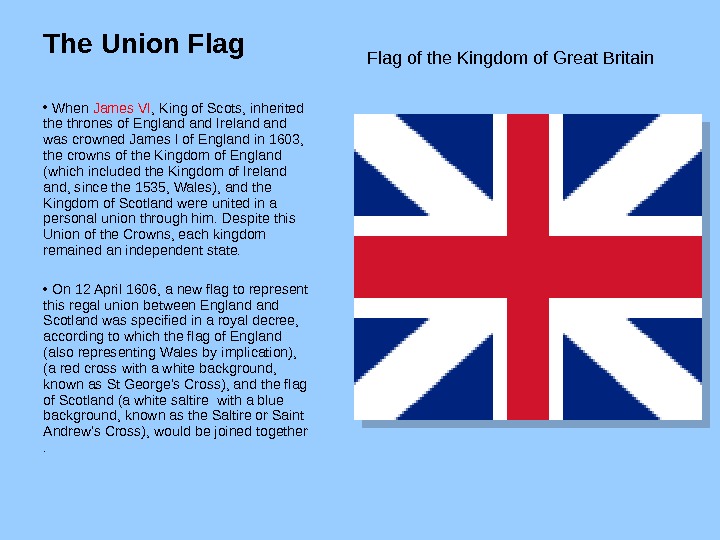 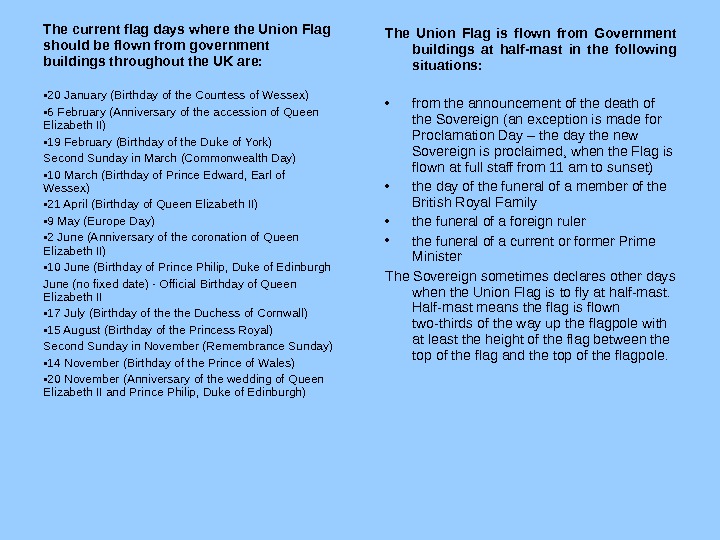 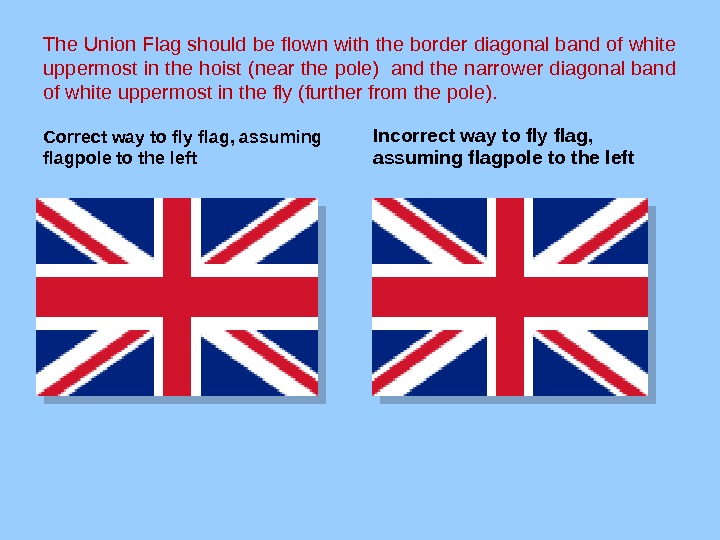 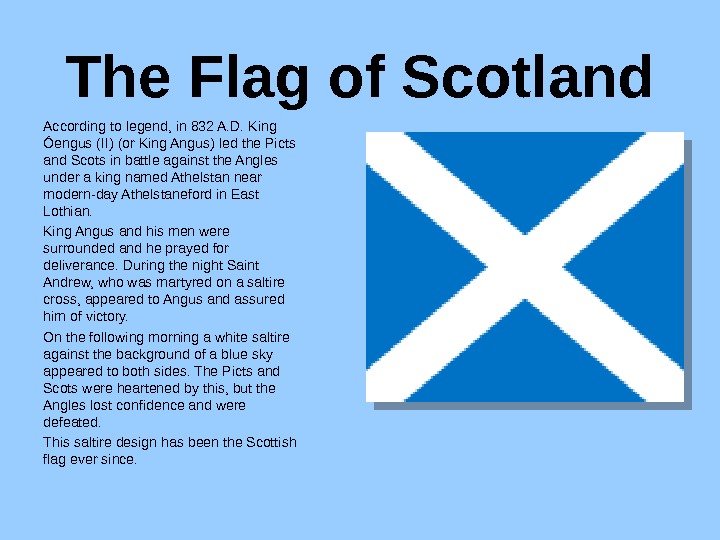 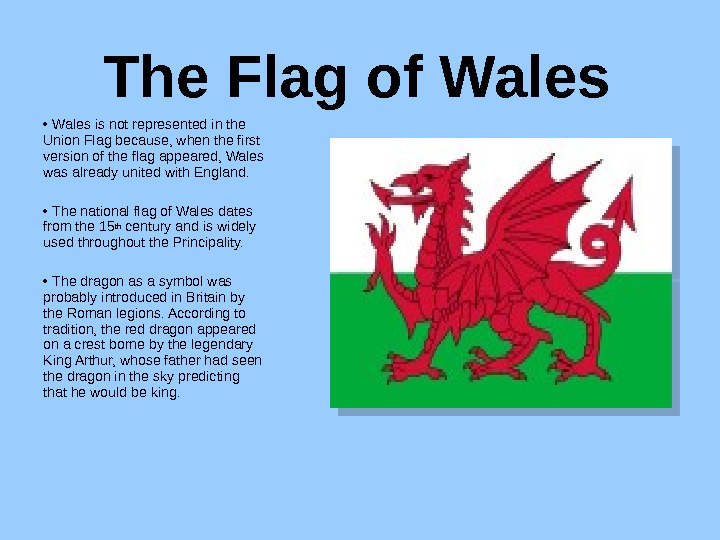 The Union Flag • When James VI , King of Scots, inherited the thrones of England Ireland was crowned James I of England in 1603, the crowns of the Kingdom of England (which included the Kingdom of Ireland and, since the 1535, Wales), and the Kingdom of Scotland were united in a personal union through him. Despite this Union of the Crowns, each kingdom remained an independent state. • On 12 April 1606, a new flag to represent this regal union between England Scotland was specified in a royal decree, according to which the flag of England (also representing Wales by implication), (a red cross with a white background, known as St George’s Cross), and the flag of Scotland (a white saltire with a blue background, known as the Saltire or Saint Andrew’s Cross), would be joined together . Flag of the Kingdom of Great Britain

The Flag of Scotland According to legend, in 832 A. D. King Óengus (II) (or King Angus) led the Picts and Scots in battle against the Angles under a king named Athelstan near modern-day Athelstaneford in East Lothian. King Angus and his men were surrounded and he prayed for deliverance. During the night Saint Andrew, who was martyred on a saltire cross, appeared to Angus and assured him of victory. On the following morning a white saltire against the background of a blue sky appeared to both sides. The Picts and Scots were heartened by this, but the Angles lost confidence and were defeated. This saltire design has been the Scottish flag ever since.

Saint Patrick’s Cross The antiquity of the association with Ireland Saint Patrick has been questioned. The cross was used in the regalia of the Order of Saint Patrick, established in 1783 as the premier chivalric order of the Kingdom of Ireland, and later in the arms and flags of a number of institutions. After the 1800 Act of Union joined Ireland with the Kingdom of Great Britain, the saltire was added to the British flag to form the Union Flag still used by the United Kingdom. Saint Patrick’s Cross was rejected by Irish nationalists as a British invention. There is no universally accepted flag for the island of Ireland

The Flag of Wales • Wales is not represented in the Union Flag because, when the first version of the flag appeared, Wales was already united with England. • The national flag of Wales dates from the 15 th century and is widely used throughout the Principality. • The dragon as a symbol was probably introduced in Britain by the Roman legions. According to tradition, the red dragon appeared on a crest borne by the legendary King Arthur, whose father had seen the dragon in the sky predicting that he would be king.