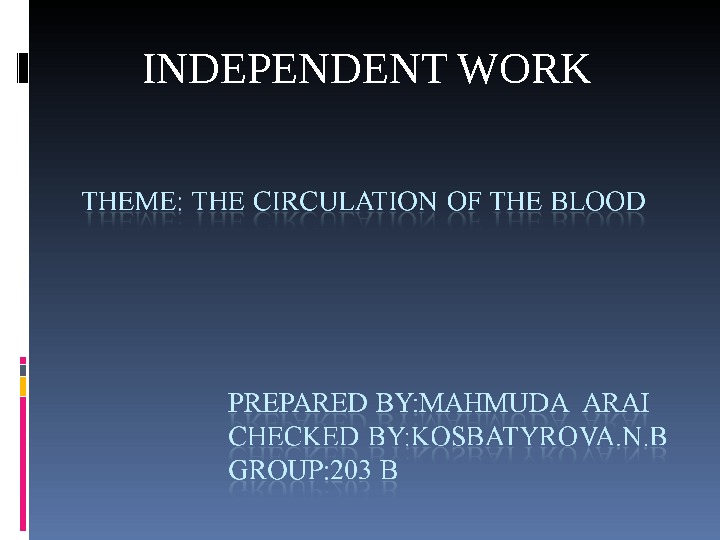 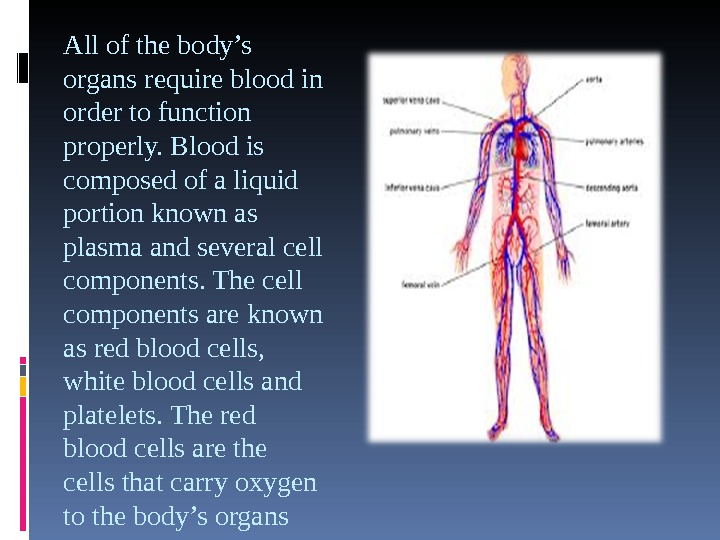 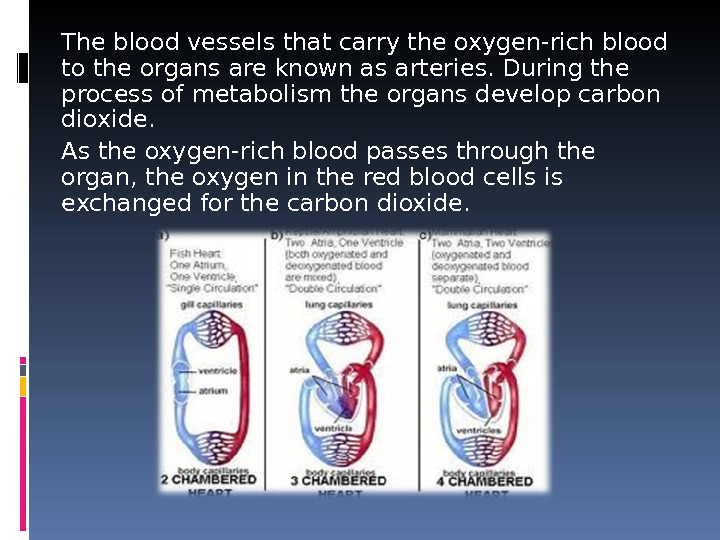 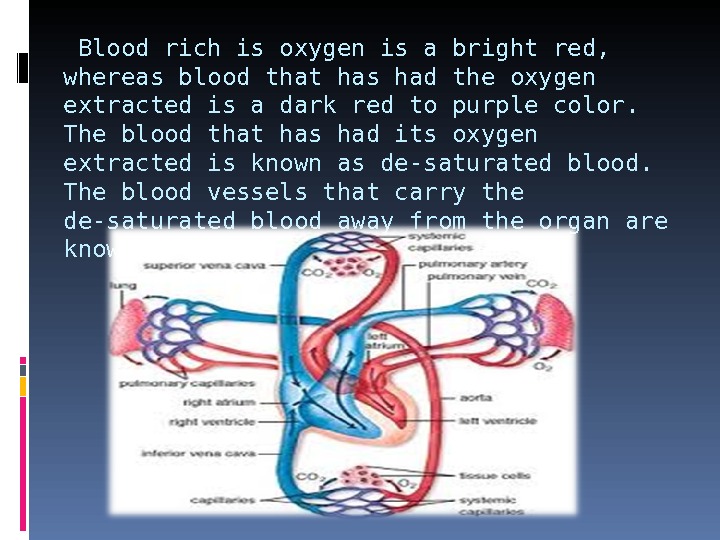 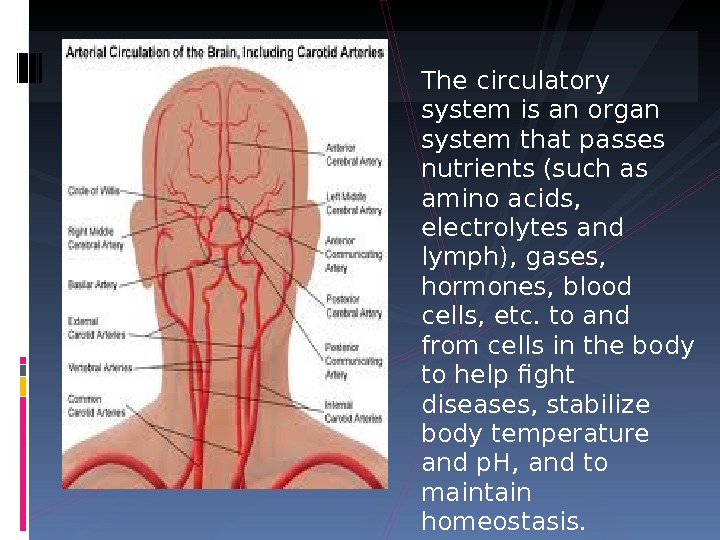 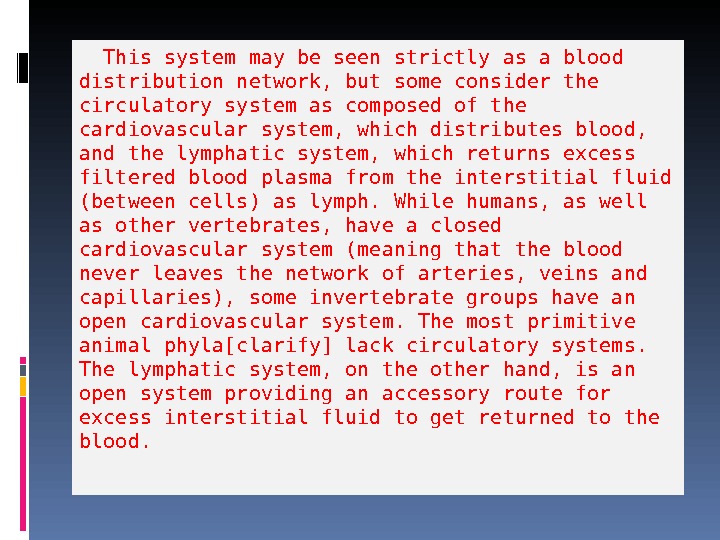 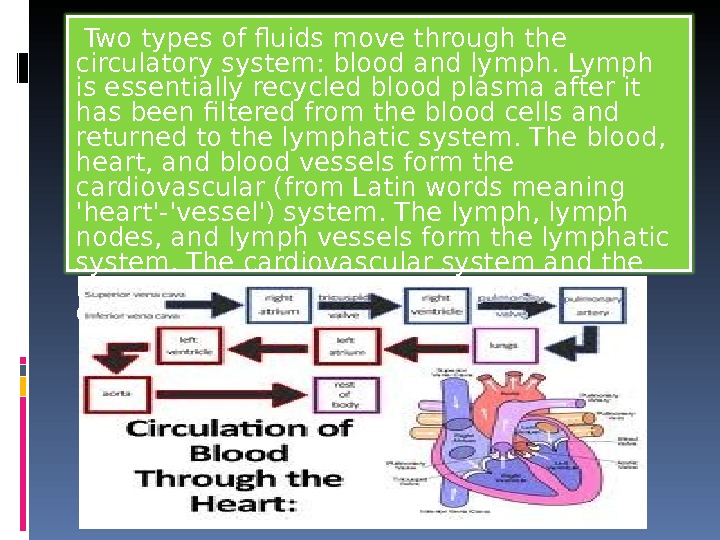 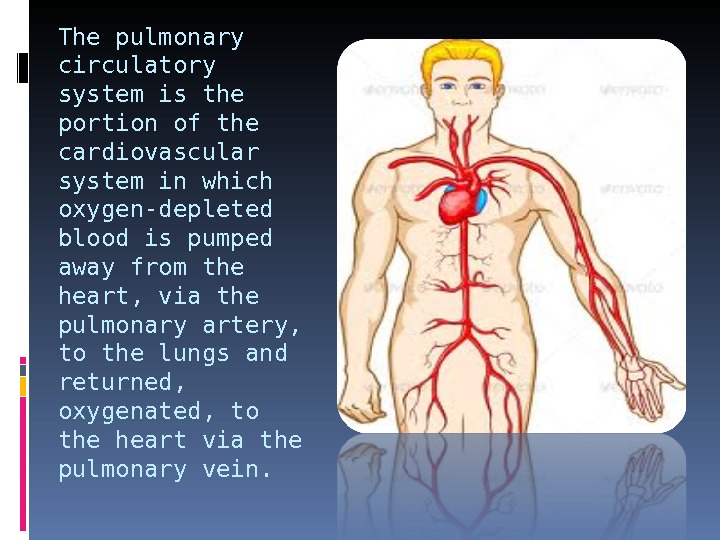 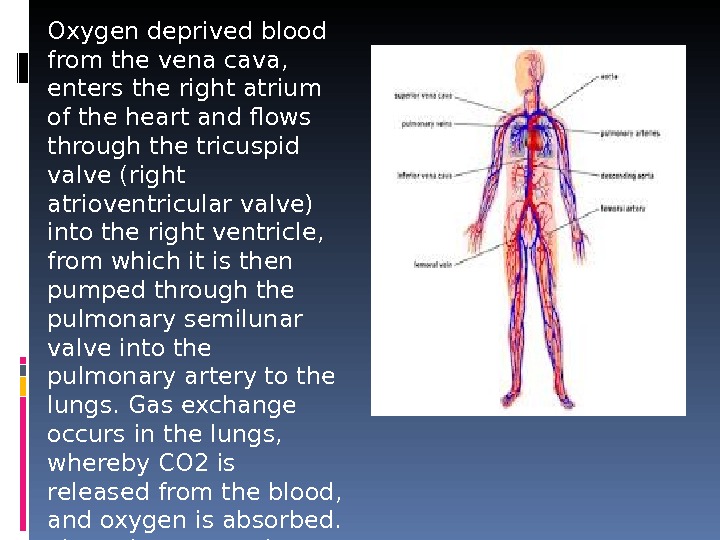 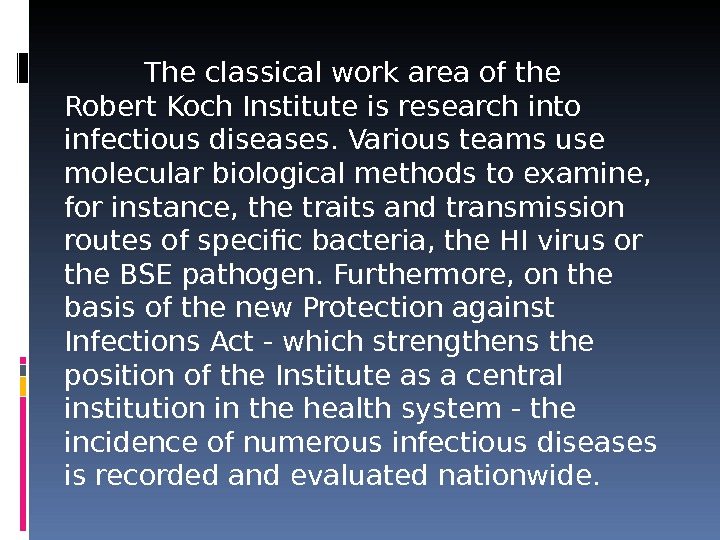 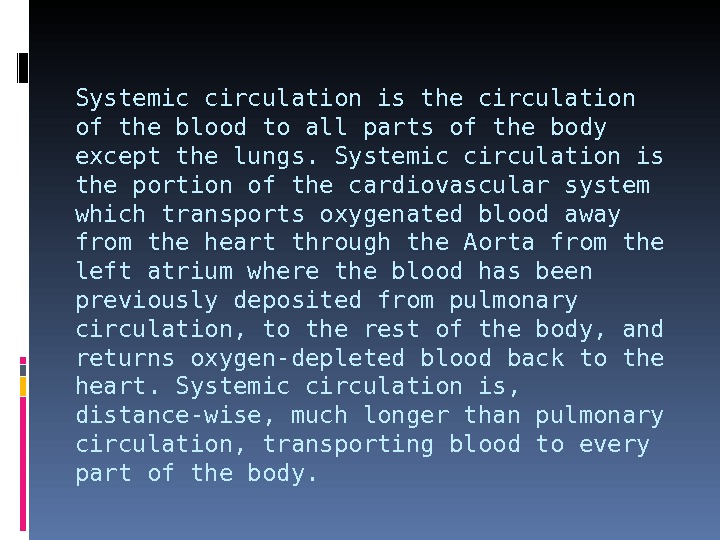 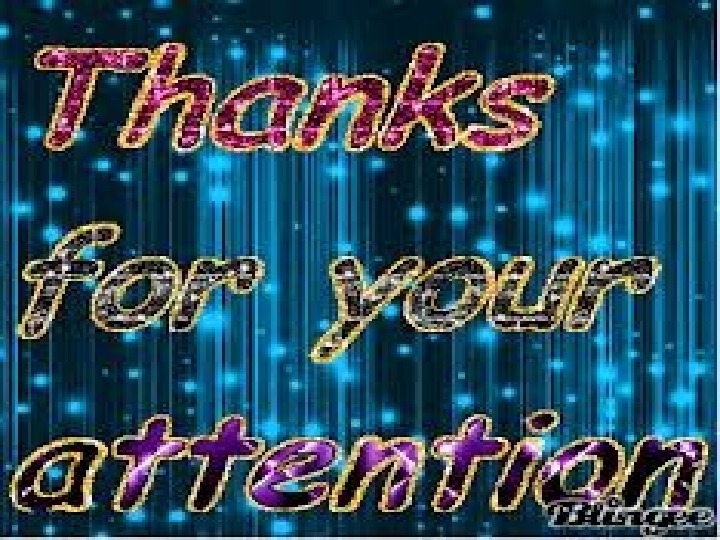 Скачать презентацию the ciculation of the blood 2

Описание презентации Презентация the ciculation of the blood 2 по слайдам

The circulatory system is an organ system that passes nutrients (such as amino acids, electrolytes and lymph), gases, hormones, blood cells, etc. to and from cells in the body to help fight diseases, stabilize body temperature and p. H, and to maintain homeostasis.

This system may be seen strictly as a blood distribution network, but some consider the circulatory system as composed of the cardiovascular system, which distributes blood, and the lymphatic system, which returns excess filtered blood plasma from the interstitial fluid (between cells) as lymph. While humans, as well as other vertebrates, have a closed cardiovascular system (meaning that the blood never leaves the network of arteries, veins and capillaries), some invertebrate groups have an open cardiovascular system. The most primitive animal phyla[clarify] lack circulatory systems. The lymphatic system, on the other hand, is an open system providing an accessory route for excess interstitial fluid to get returned to the blood.

Oxygen deprived blood from the vena cava, enters the right atrium of the heart and flows through the tricuspid valve (right atrioventricular valve) into the right ventricle, from which it is then pumped through the pulmonary semilunar valve into the pulmonary artery to the lungs. Gas exchange occurs in the lungs, whereby CO 2 is released from the blood, and oxygen is absorbed. The pulmonary vein returns the now oxygen-rich blood to the heart.

The classical work area of the Robert Koch Institute is research into infectious diseases. Various teams use molecular biological methods to examine, for instance, the traits and transmission routes of specific bacteria, the HI virus or the BSE pathogen. Furthermore, on the basis of the new Protection against Infections Act — which strengthens the position of the Institute as a central institution in the health system — the incidence of numerous infectious diseases is recorded and evaluated nationwide.