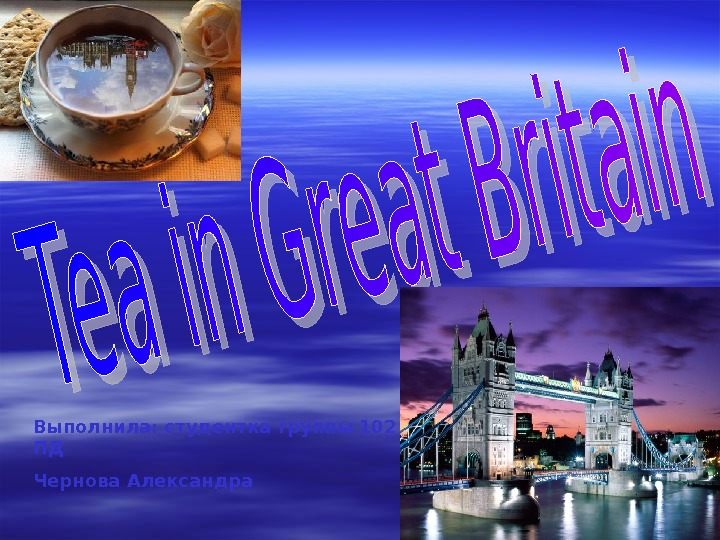 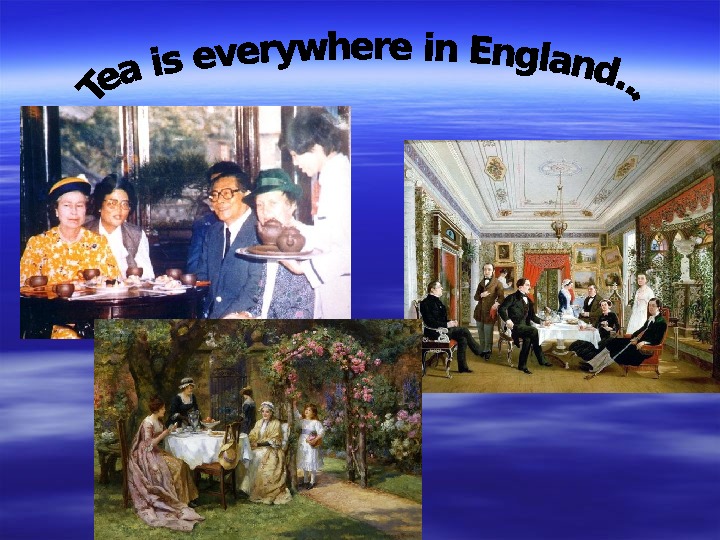 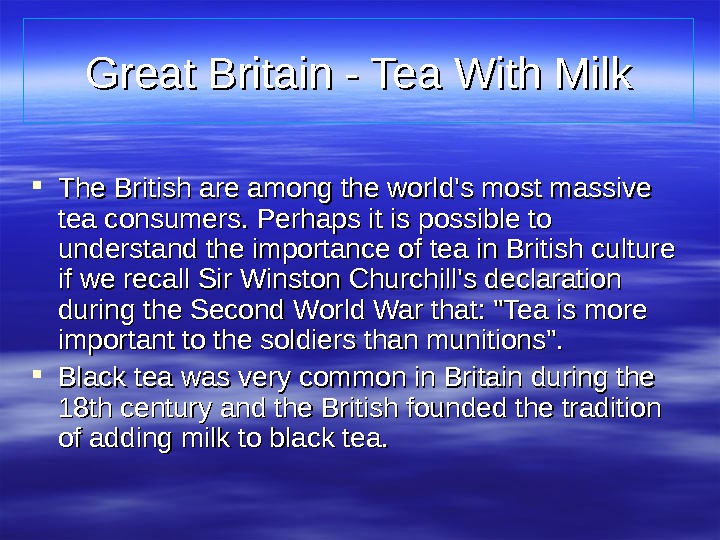 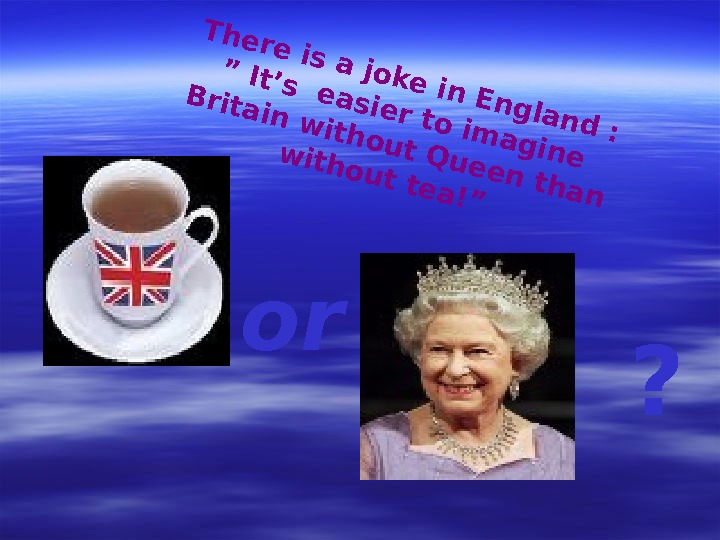 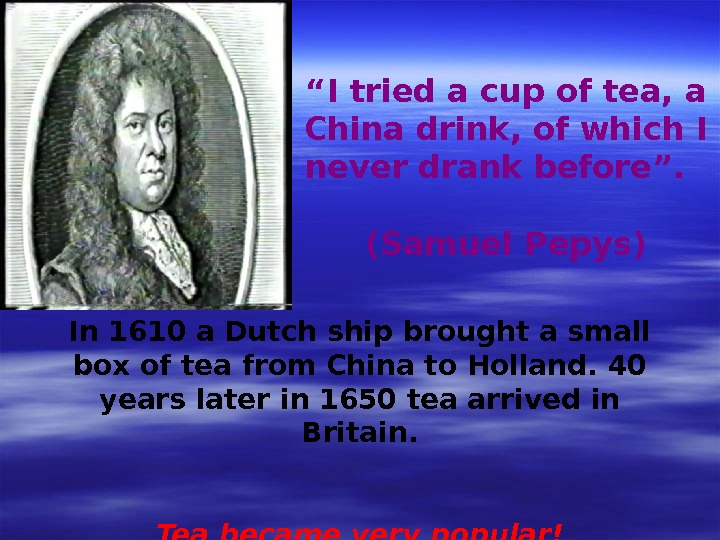 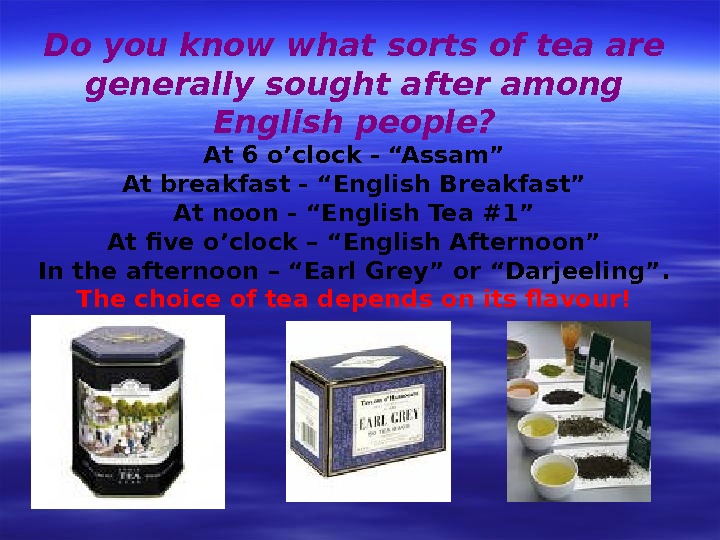 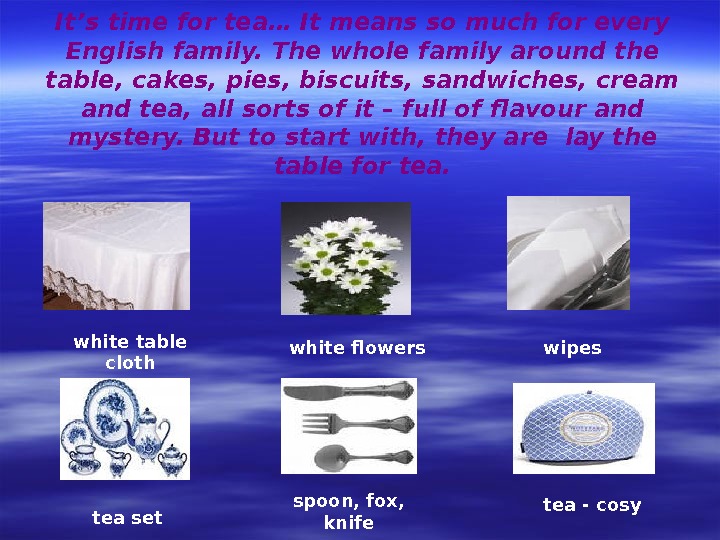 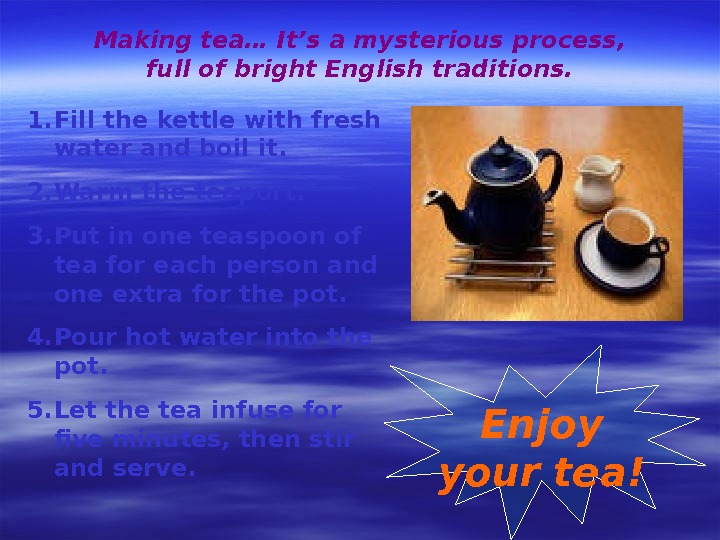 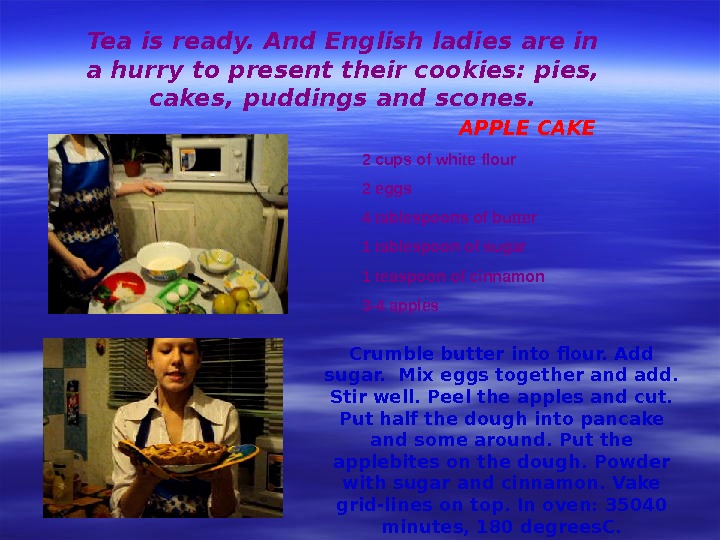 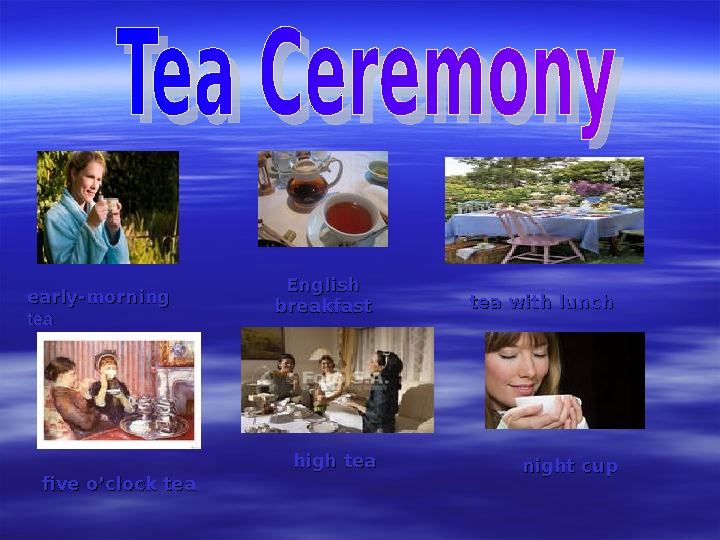 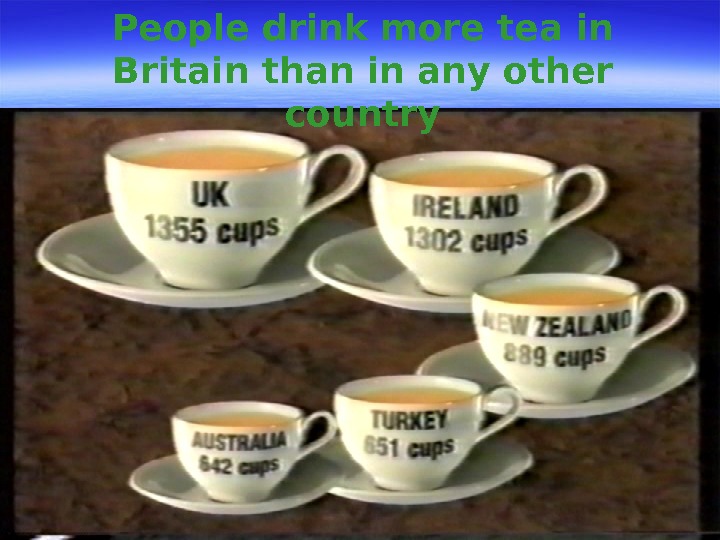 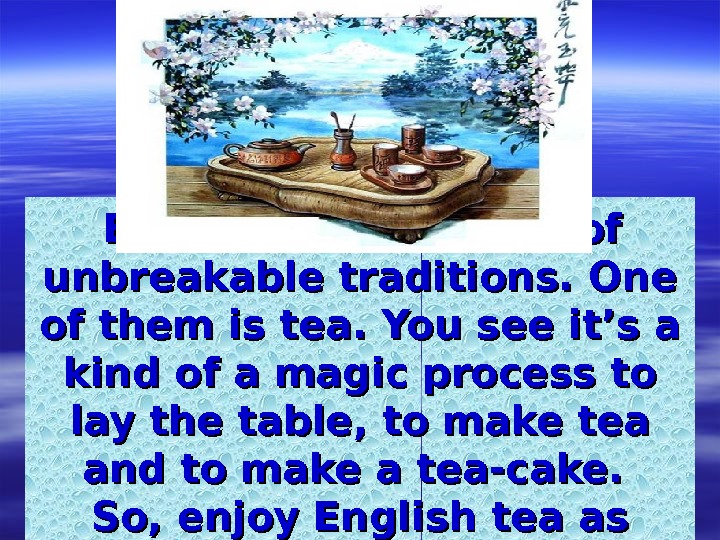 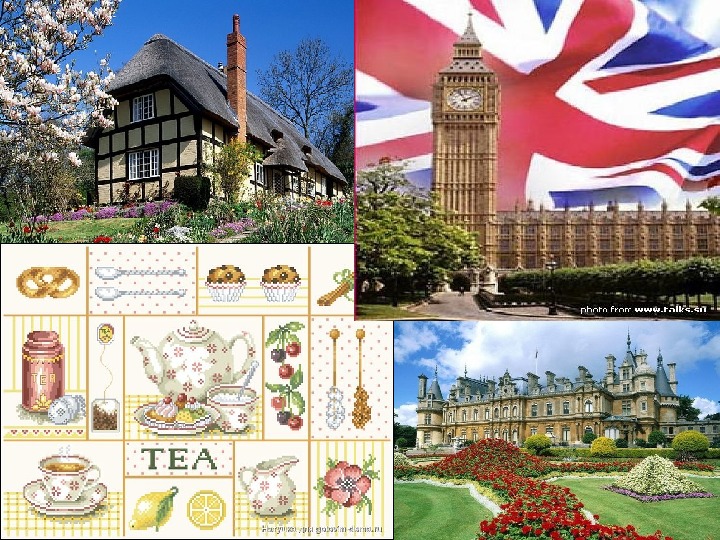 Great Britain — Tea With Milk The British are among the world’s most massive tea consumers. Perhaps it is possible to understand the importance of tea in British culture if we recall Sir Winston Churchill’s declaration during the Second World War that: «Tea is more important to the soldiers than munitions». Black tea was very common in Britain during the 18 th century and the British founded the tradition of adding milk to black tea.

There is a joke in England : ” It’s easier to imagine Britain without Queen than without tea!” or ?

“ I tried a cup of tea, a China drink, of which I never drank before”. (Samuel Pepys) In 1610 a Dutch ship brought a small box of tea from China to Holland. 40 years later in 1650 tea arrived in Britain. Tea became very popular!

Do you know what sorts of tea are generally sought after among English people? At 6 o’clock — “Assam” At breakfast — “English Breakfast” At noon — “English Tea #1” At five o’clock – “English Afternoon” In the afternoon – “Earl Grey” or “Darjeeling”. The choice of tea depends on its flavour!

It’s time for tea… It means so much for every English family. The whole family around the table, cakes, pies, biscuits, sandwiches, cream and tea, all sorts of it – full of flavour and mystery. But to start with, they are lay the table for tea. white table cloth white flowers wipes tea — cosyspoon, fox, knifetea set

Making tea… It’s a mysterious process, full of bright English traditions. 1. Fill the kettle with fresh water and boil it. 2. Warm the teaport. 3. Put in one teaspoon of tea for each person and one extra for the pot. 4. Pour hot water into the pot. 5. Let the tea infuse for five minutes, then stir and serve. Enjoy your tea!

Tea is ready. And English ladies are in a hurry to present their cookies: pies, cakes, puddings and scones. APPLE CAKE 2 cups of white flour 2 eggs 4 tablespoons of butter 1 tablespoon of sugar 1 teaspoon of cinnamon 3 -4 apples Crumble butter into flour. Add sugar. Mix eggs together and add. Stir well. Peel the apples and cut. Put half the dough into pancake and some around. Put the applebites on the dough. Powder with sugar and cinnamon. Vake grid-lines on top. In oven: 35040 minutes, 180 degrees. C.

People drink more tea in Britain than in any other country

England is a country of unbreakable traditions. One of them is tea. You see it’s a kind of a magic process to lay the table, to make tea and to make a tea-cake. So, enjoy English tea as soon as possible !!