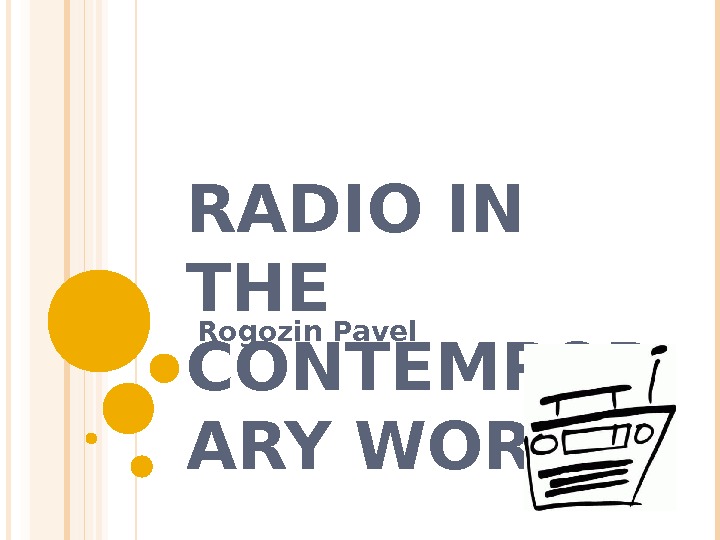 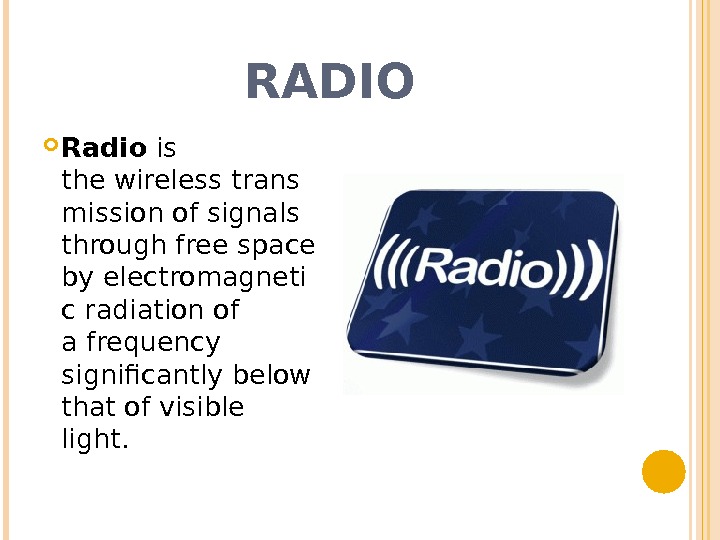 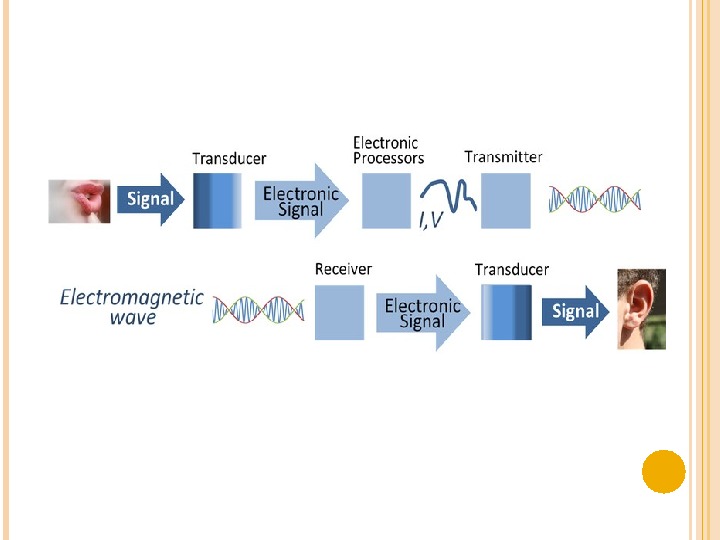 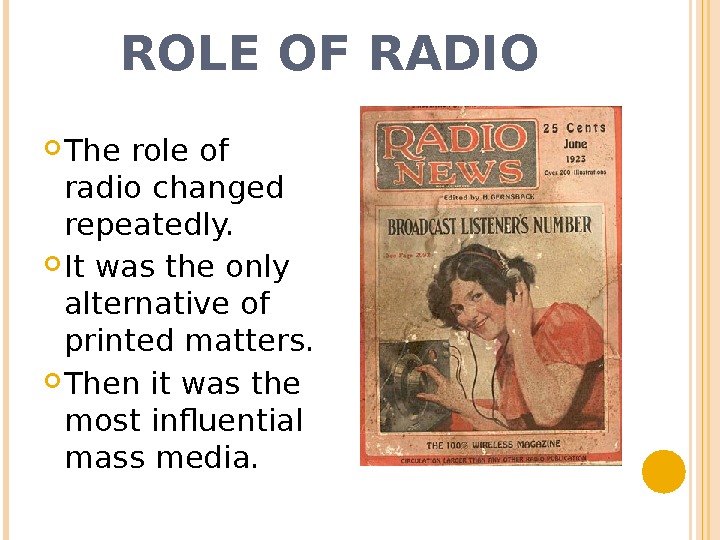 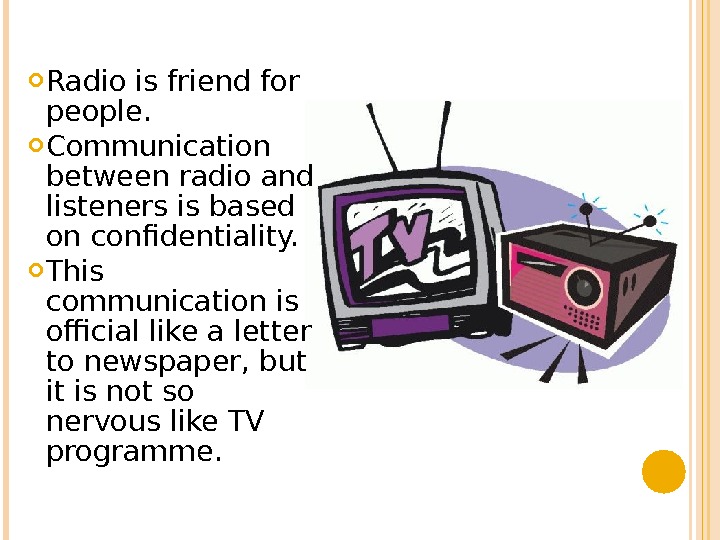 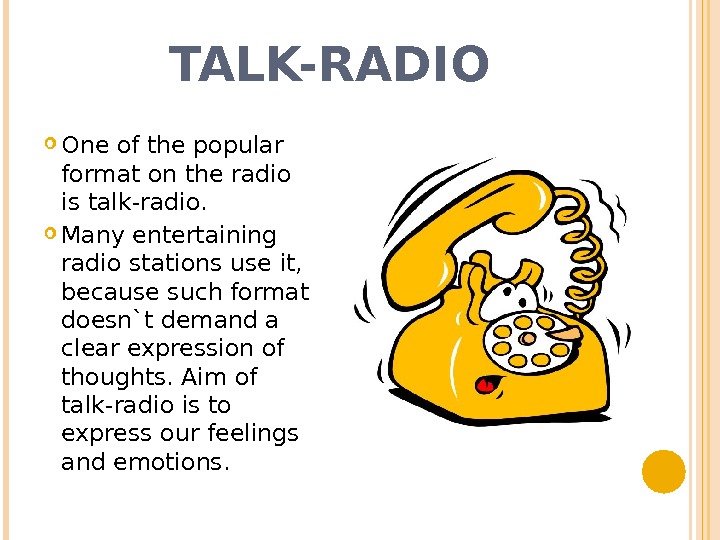 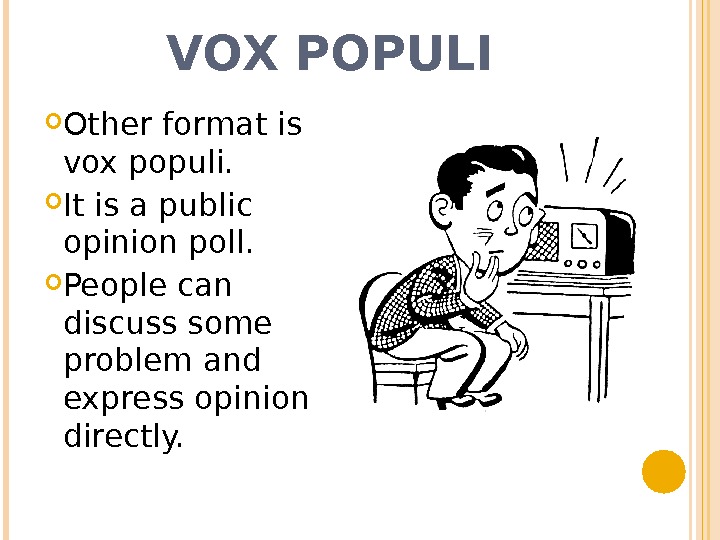 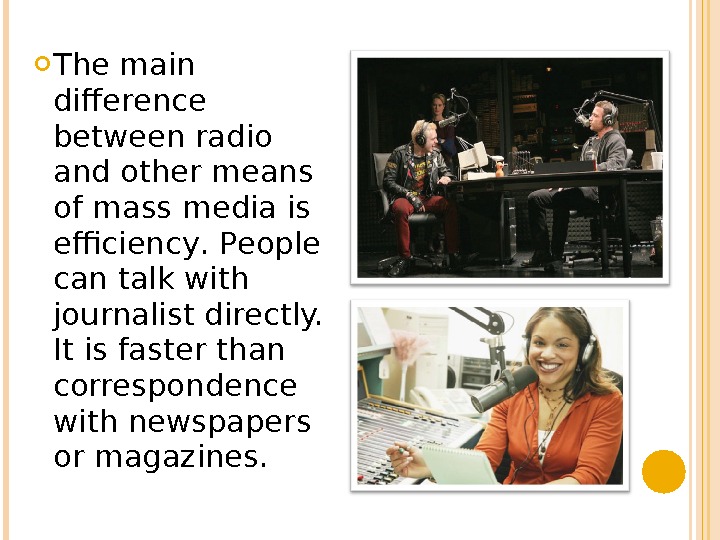 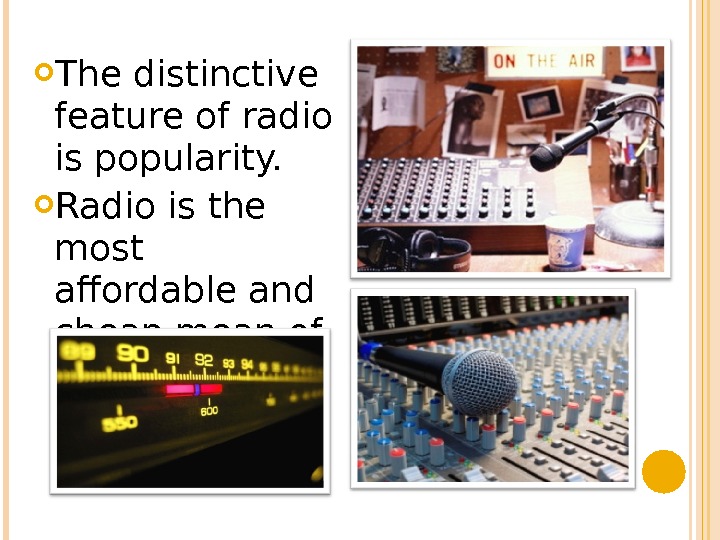 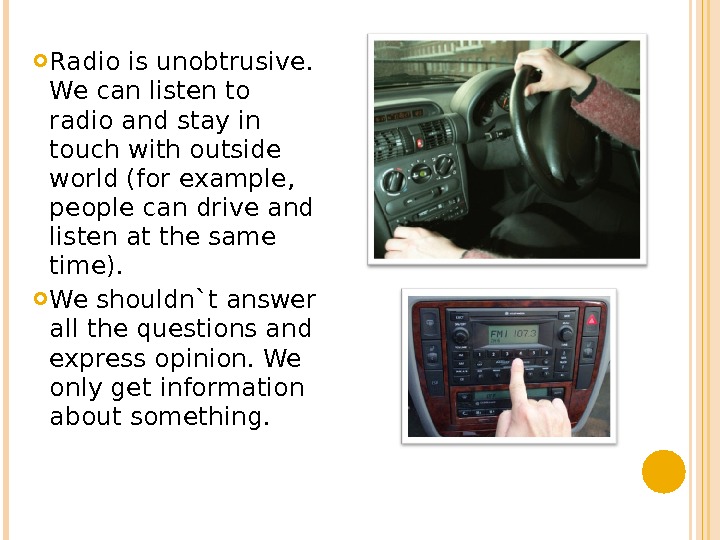 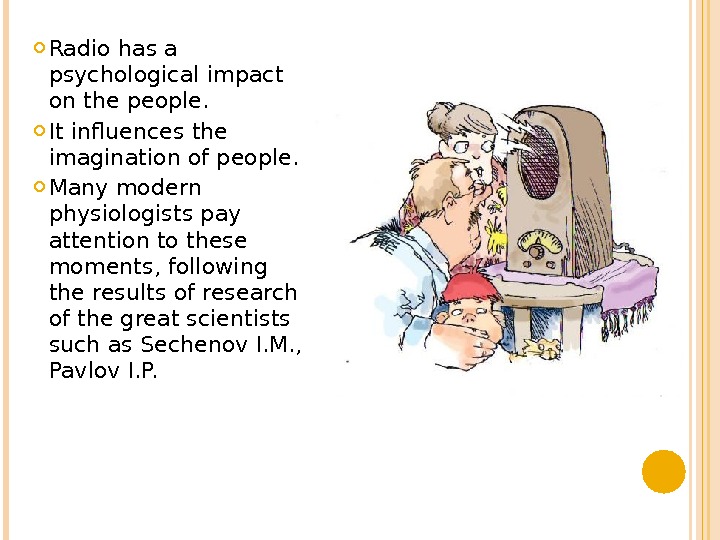 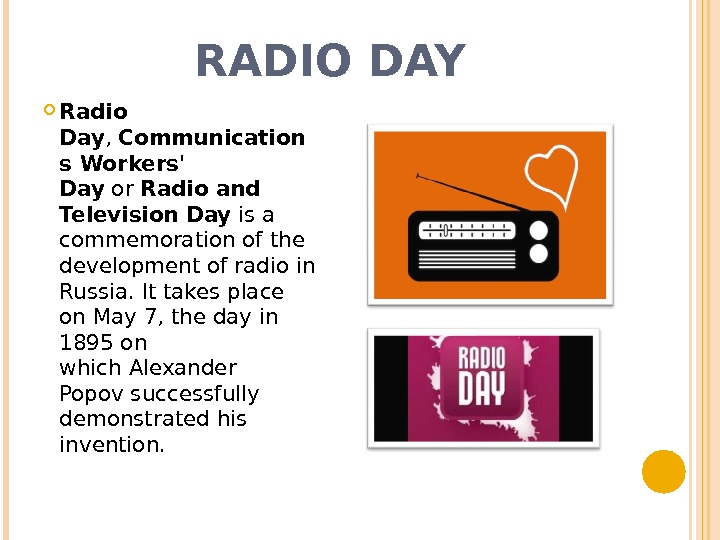 ROLE OF RADIO The role of radio changed repeatedly. It was the only alternative of printed matters. Then it was the most influential mass media.

Radio is friend for people. Communication between radio and listeners is based on confidentiality. This communication is official like a letter to newspaper, but it is not so nervous like TV programme.

TALK-RADIO One of the popular format on the radio is talk-radio. Many entertaining radio stations use it, because such format doesn`t demand a clear expression of thoughts. Aim of talk-radio is to express our feelings and emotions.

VOX POPULI Other format is vox populi. It is a public opinion poll. People can discuss some problem and express opinion directly.

The main difference between radio and other means of mass media is efficiency. People can talk with journalist directly. It is faster than correspondence with newspapers or magazines.

The distinctive feature of radio is popularity. Radio is the most affordable and cheap mean of mass media.

Radio is unobtrusive. We can listen to radio and stay in touch with outside world (for example, people can drive and listen at the same time). We shouldn`t answer all the questions and express opinion. We only get information about something.

Radio has a psychological impact on the people. It influences the imagination of people. Many modern physiologists pay attention to these moments, following the results of research of the great scientists such as Sechenov I. M. , Pavlov I. P.

RADIO DAY Radio Day , Communication s Workers’ Day or Radio and Television Day is a commemoration of the development ofradioin Russia. It takes place on May 7, the day in 1895 on which. Alexander Popovsuccessfully demonstrated his invention.