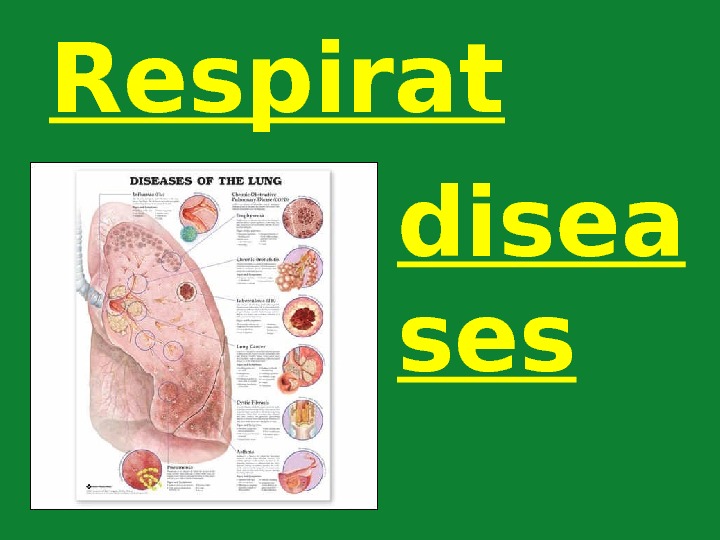 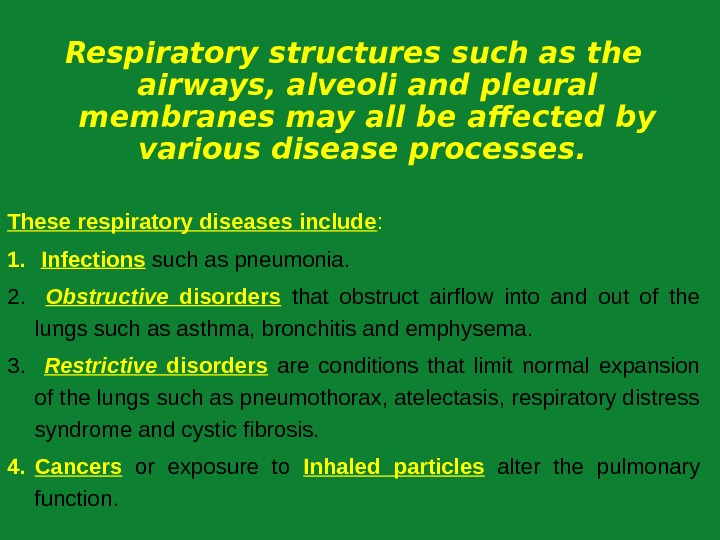 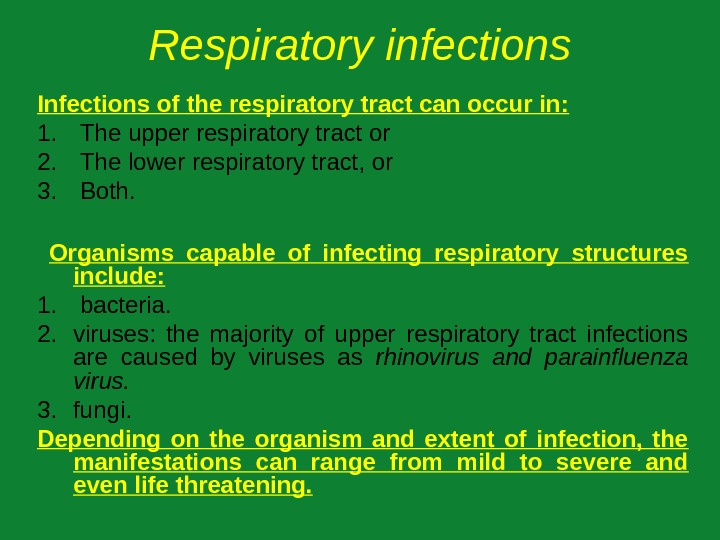 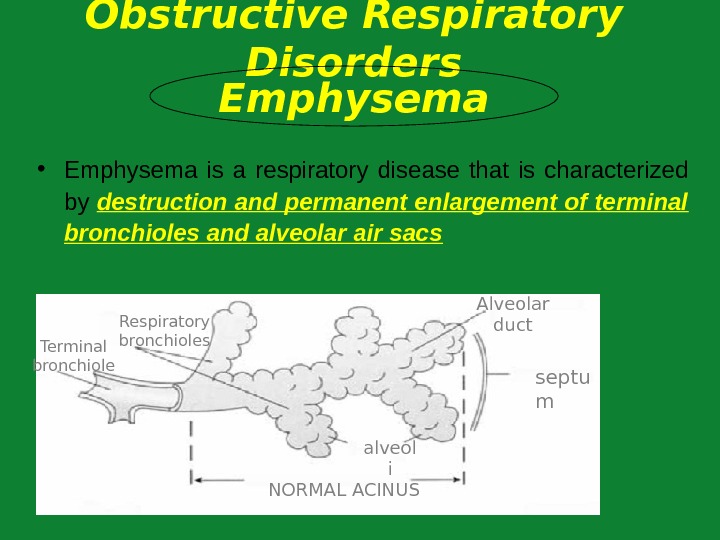 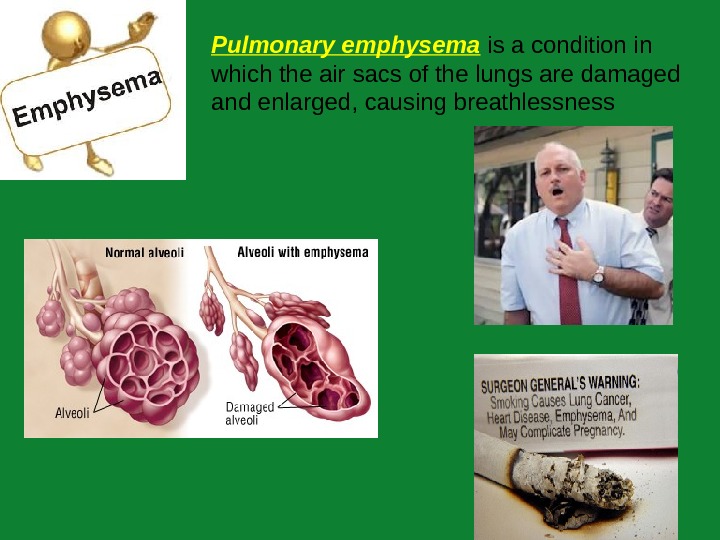 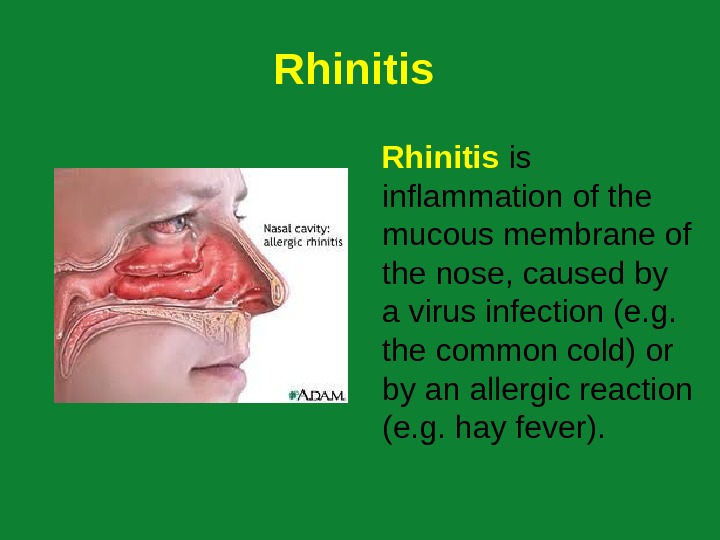 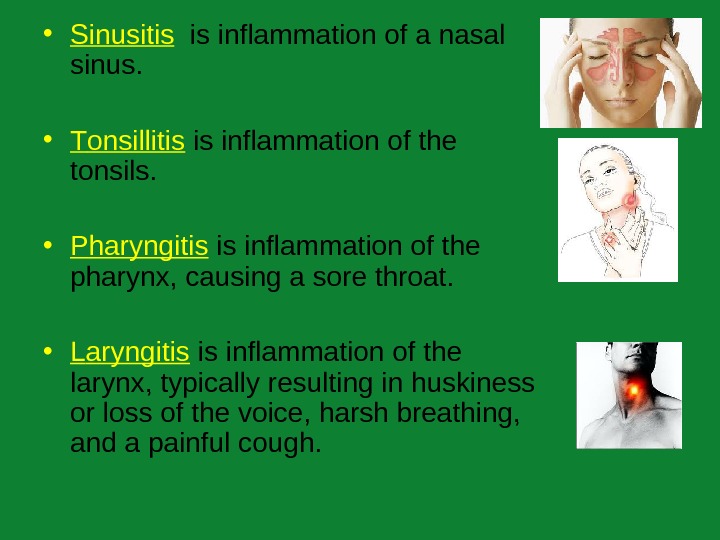 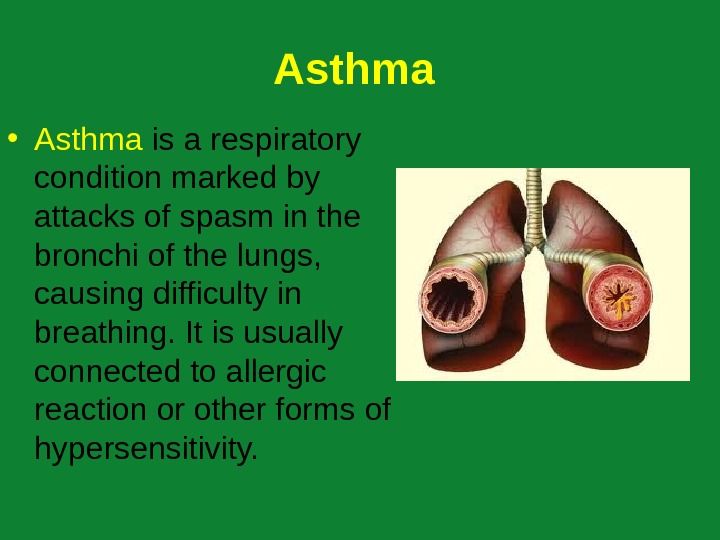 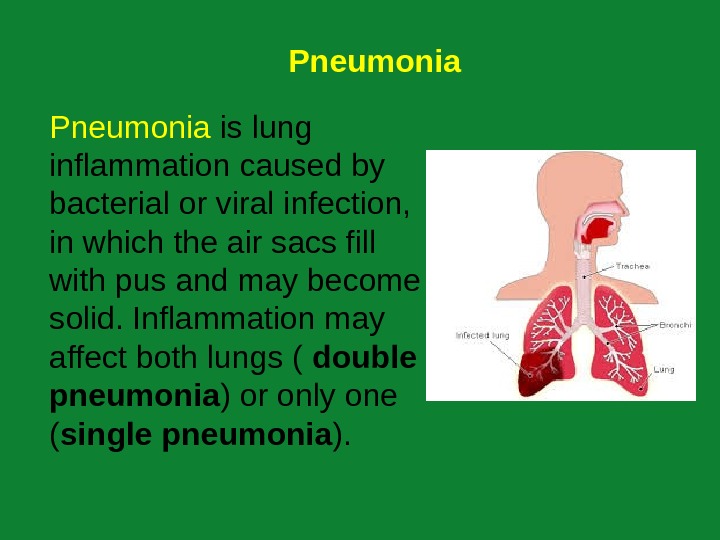 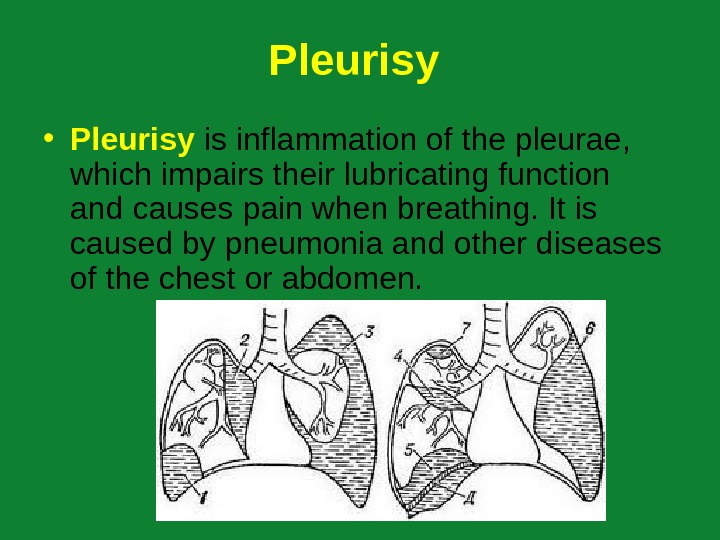 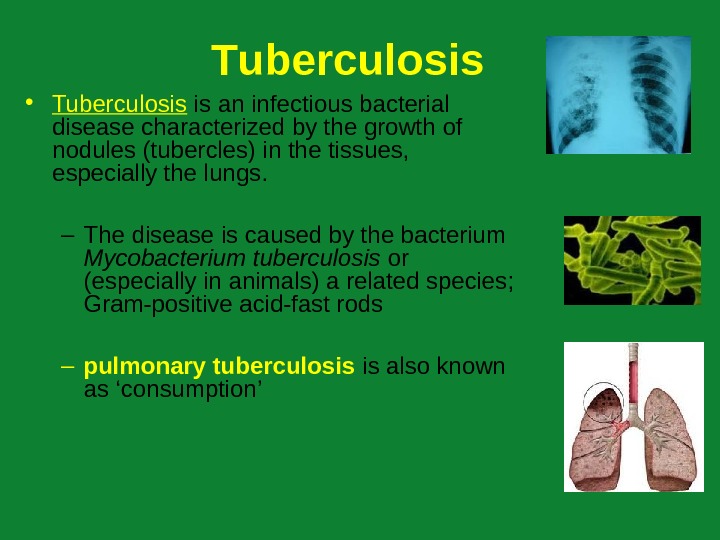 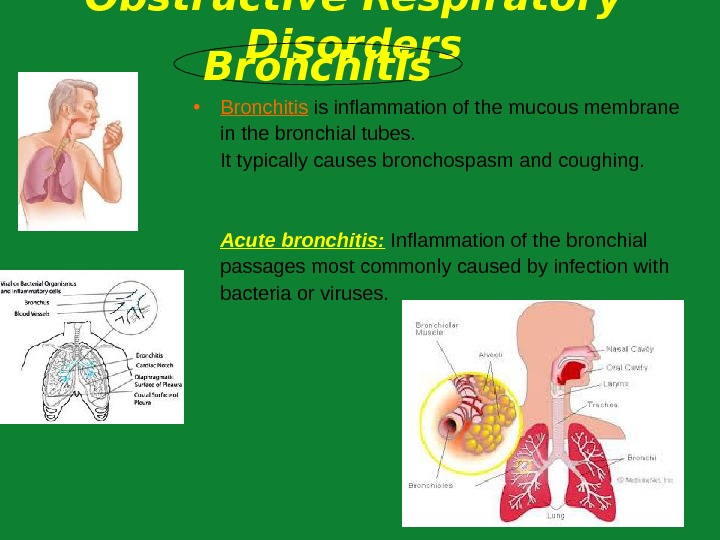 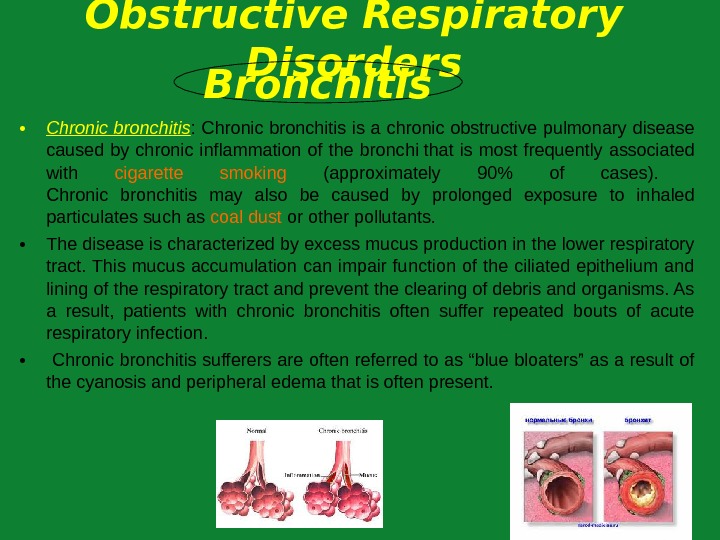 Respiratory structures such as the airways, alveoli and pleural membranes may all be affected by various disease processes. These respiratory diseases include : 1. Infections such as pneumonia. 2. Obstructive disorders that obstruct airflow into and out of the lungs such as asthma, bronchitis and emphysema. 3. Restrictive disorders are conditions that limit normal expansion of the lungs such as pneumothorax, atelectasis, respiratory distress syndrome and cystic fibrosis. 4. Cancers or exposure to Inhaled particles alter the pulmonary function.

P ulmonary emphysema is a condition in which the air sacs of the lungs are damaged and enlarged, causing breathlessness

Rhinitis is inflammation of the mucous membrane of the nose, caused by a virus infection (e. g. the common cold) or by an allergic reaction (e. g. hay fever).

A sthma • A sthma is a respiratory condition marked by attacks of spasm in the bronchi of the lungs, causing difficulty in breathing. It is usually connected to allergic reaction or other forms of hypersensitivity.

Pneumonia is lung inflammation caused by bacterial or viral infection, in which the air sacs fill with pus and may become solid. Inflammation may affect both lungs ( double pneumonia ) or only one ( single pneumonia ). Pneumonia

P leurisy • P leurisy is inflammation of the pleurae, which impairs their lubricating function and causes pain when breathing. It is caused by pneumonia and other diseases of the chest or abdomen.

T uberculosis • Tuberculosis is an infectious bacterial disease characterized by the growth of nodules (tubercles) in the tissues, especially the lungs. – The disease is caused by the bacterium Mycobacterium tuberculosis or (especially in animals) a related species; Gram-positive acid-fast rods – pulmonary tuberculosis is also known as ‘consumption’