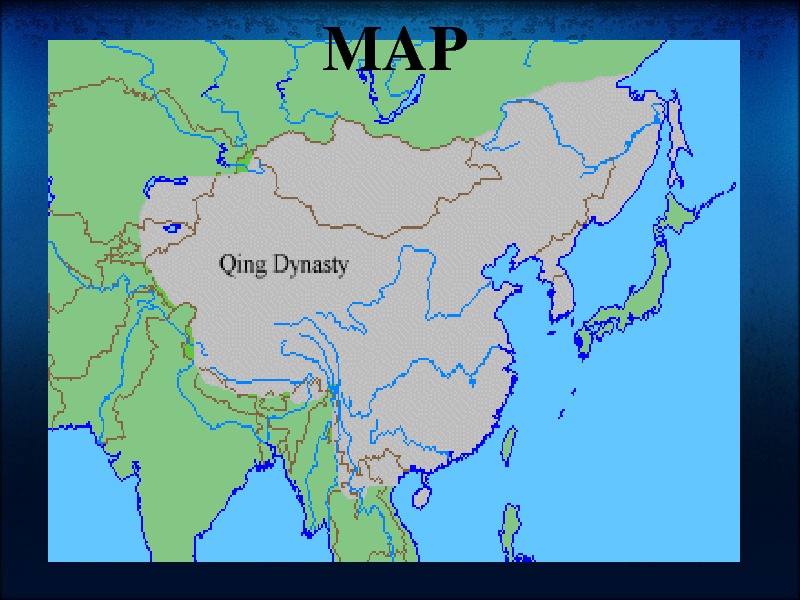 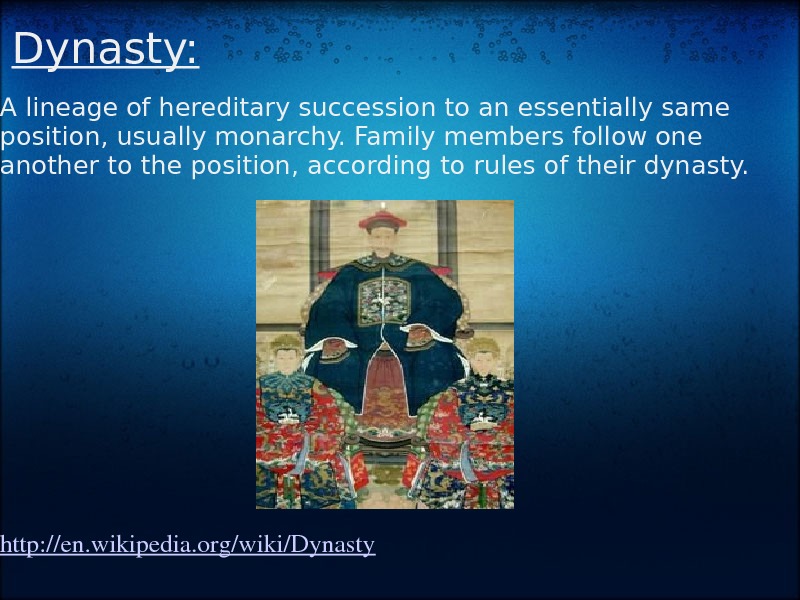 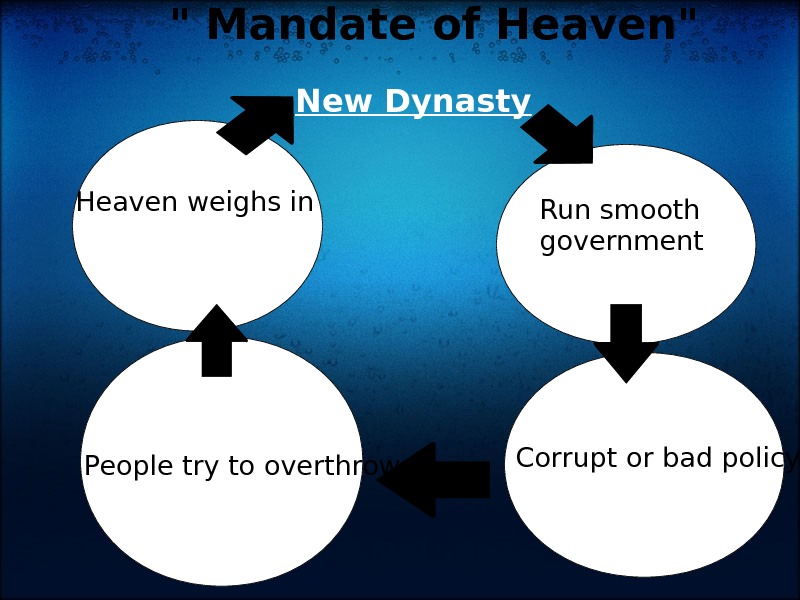 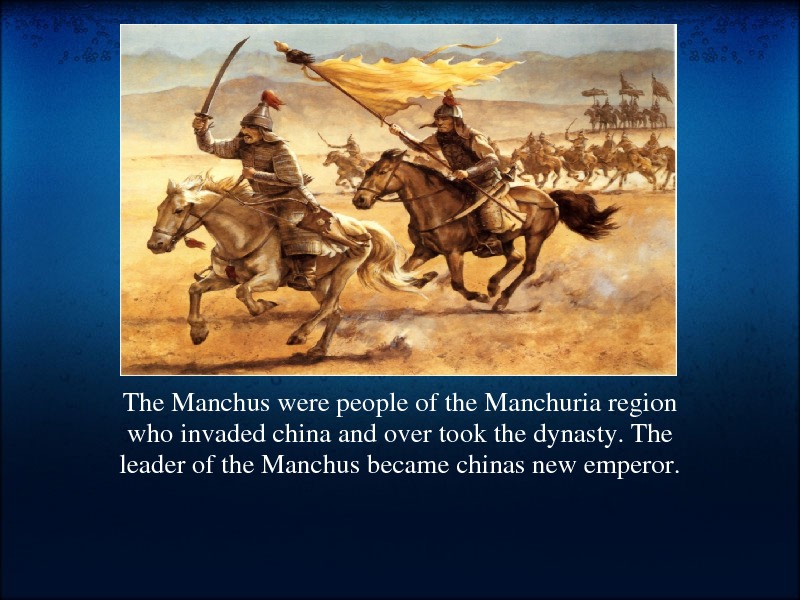 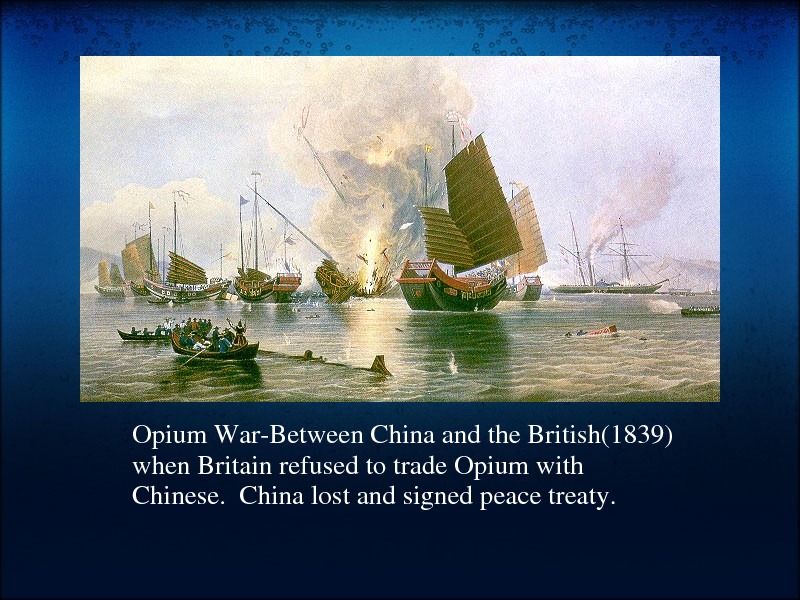 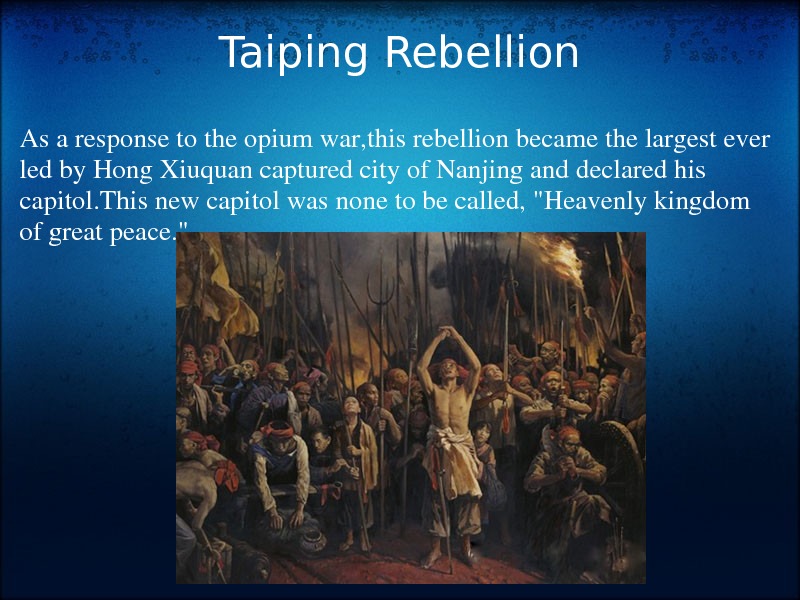 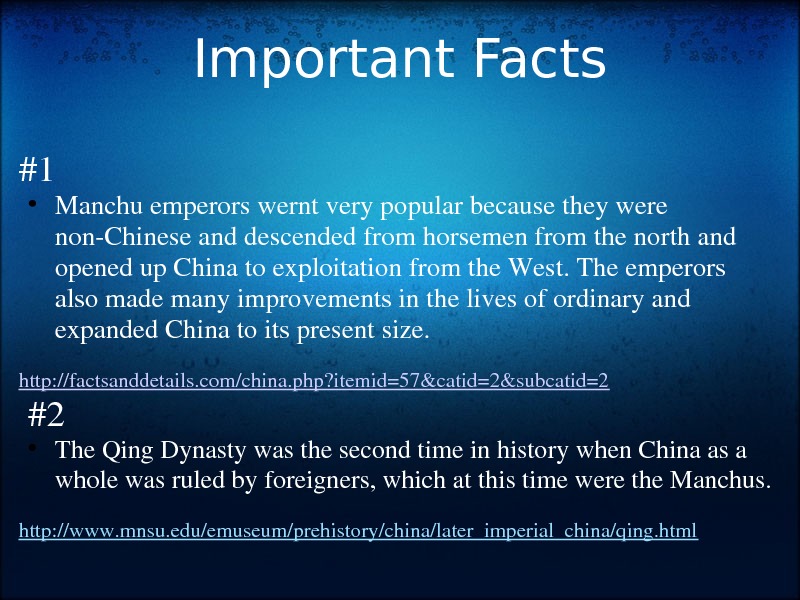 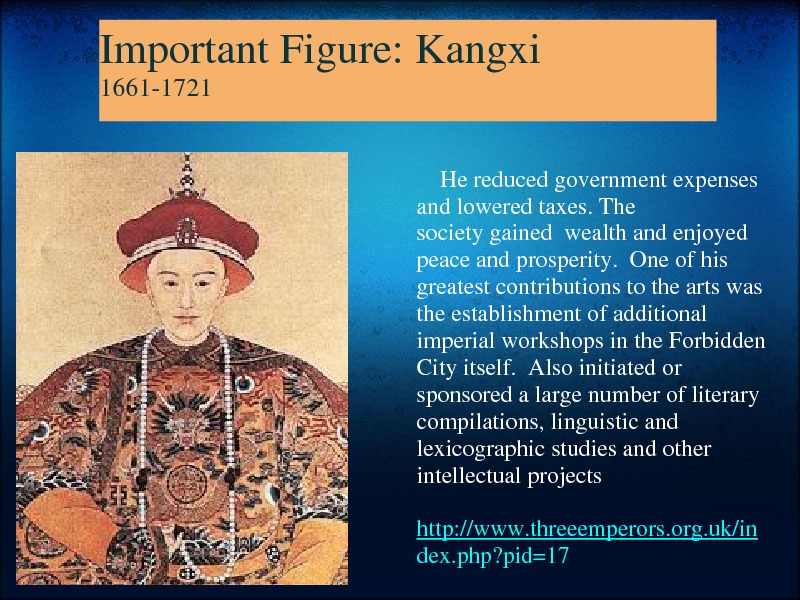 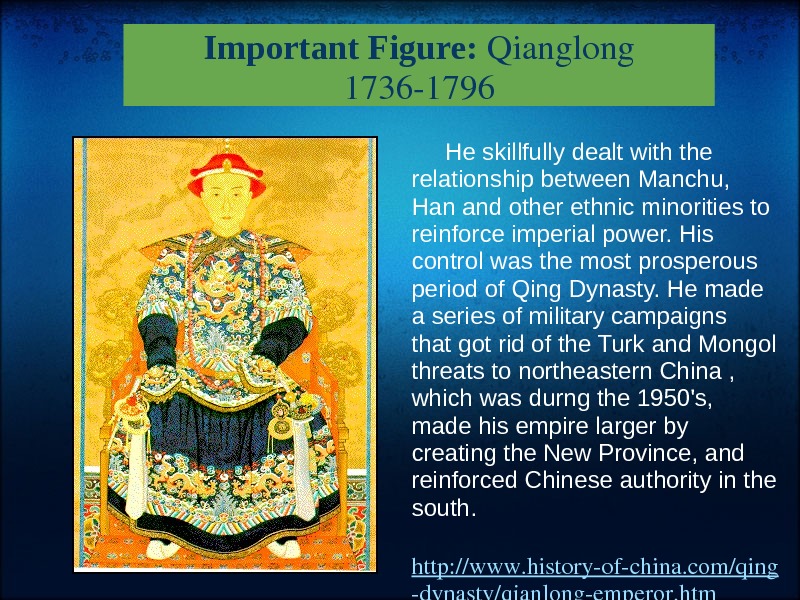 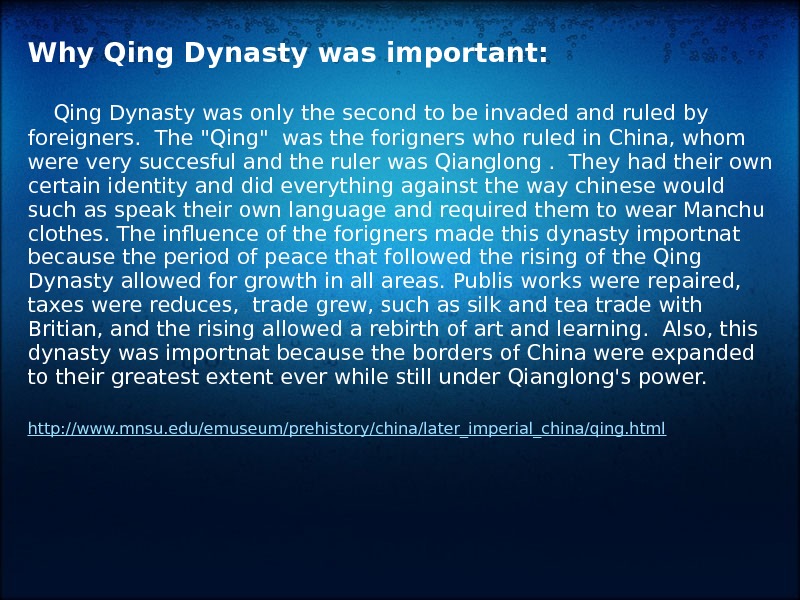 Dynasty: Alineage of hereditary succession to an essentially same position, usually monarchy. Family members follow one another to the position, according to rules of their dynasty. http: //en. wikipedia. org/wiki/Dynasty

Why Qing Dynasty was important: Qing Dynasty was only the second to be invaded and ruled by foreigners. The «Qing» was the forigners who ruled in China, whom were very succesful and the ruler was Qianglong. They had their own certain identity and did everything against the way chinese would such as speak their own language and required them to wear Manchu clothes. The influence of the forigners made this dynasty importnat because the period of peace that followed therising of the Qing Dynasty allowed for growth in all areas. Publis works were repaired, taxes were reduces, trade grew, such as silk and tea trade with Britian, and the rising allowed a rebirth of art and learning. Also, this dynasty was importnat because the borders of China were expanded to their greatest extent ever while still under Qianglong’s power. http: //www. mnsu. edu/emuseum/prehistory/china/later_imperial_china/qing. html