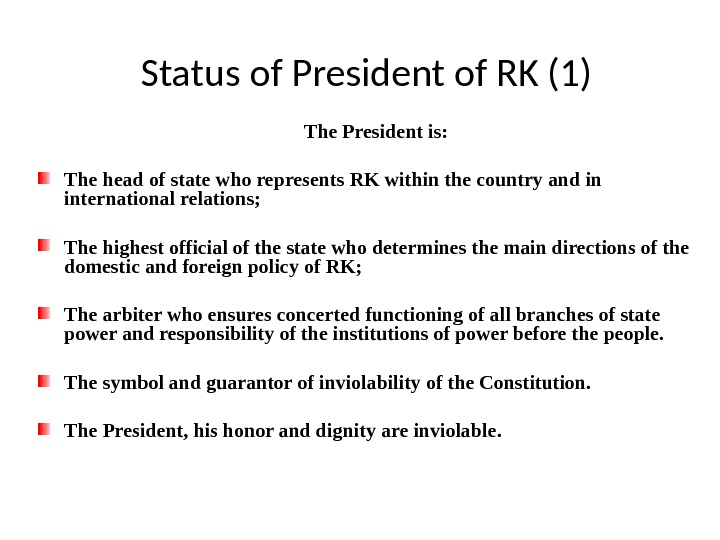 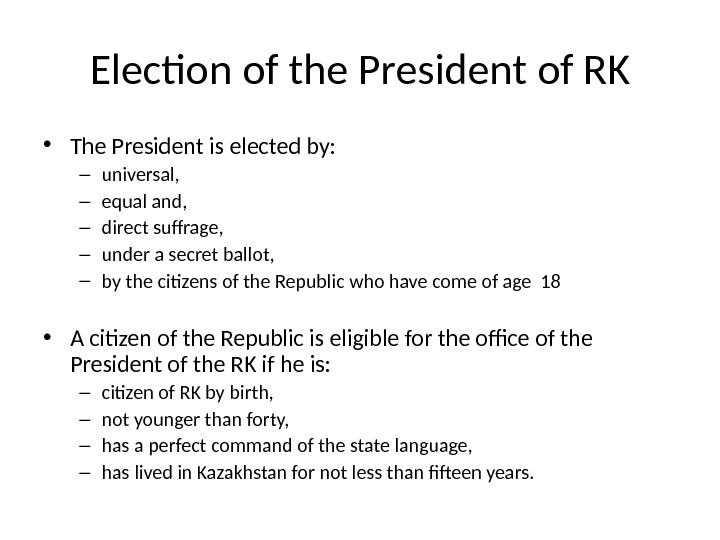 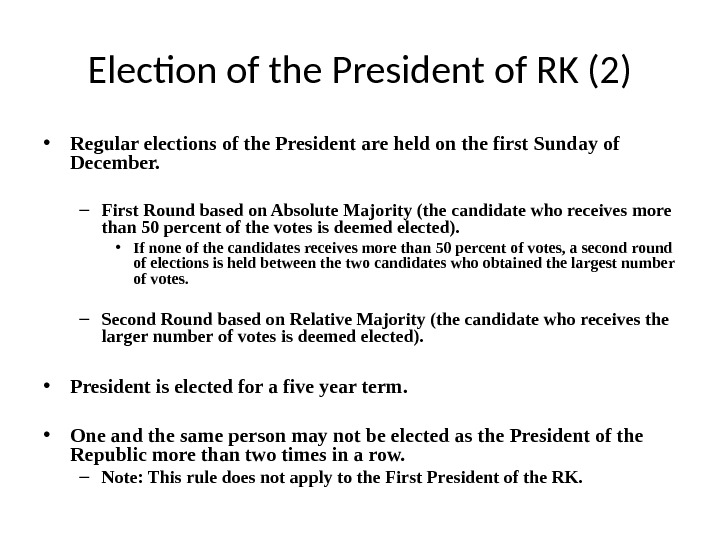 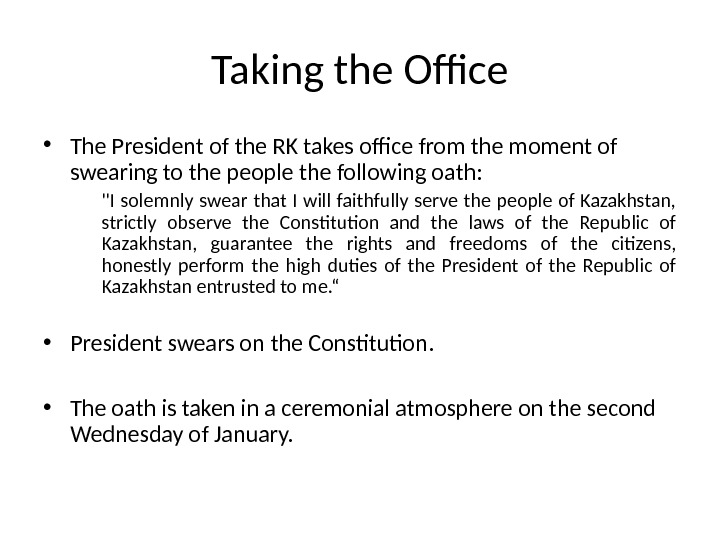 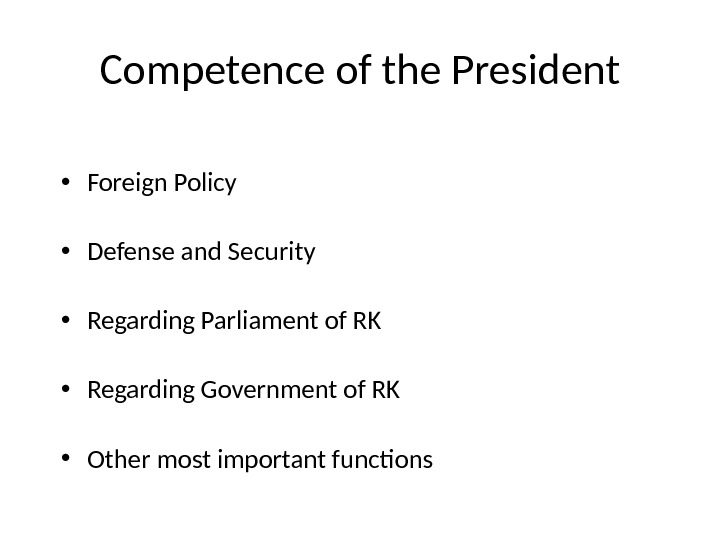 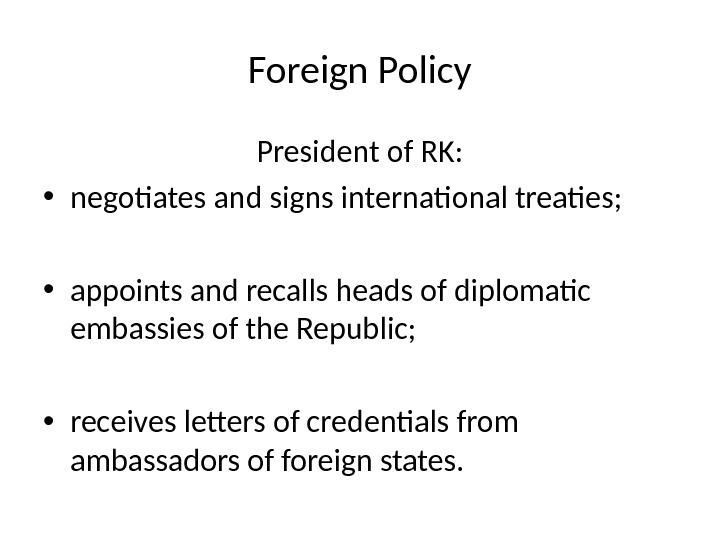 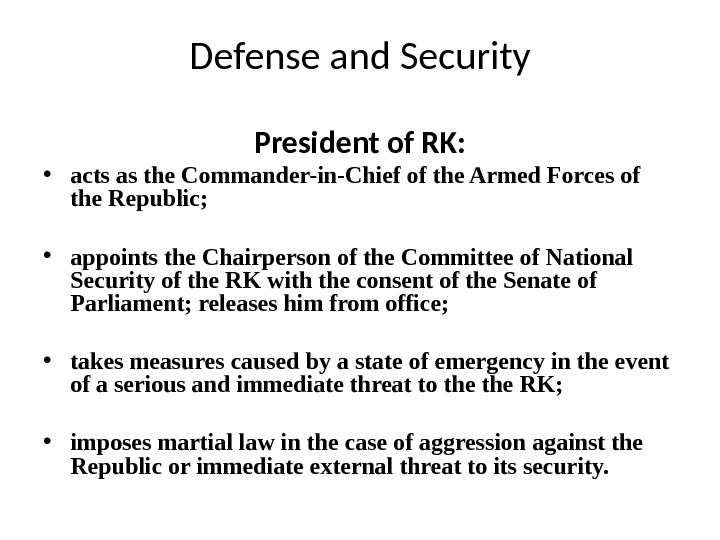 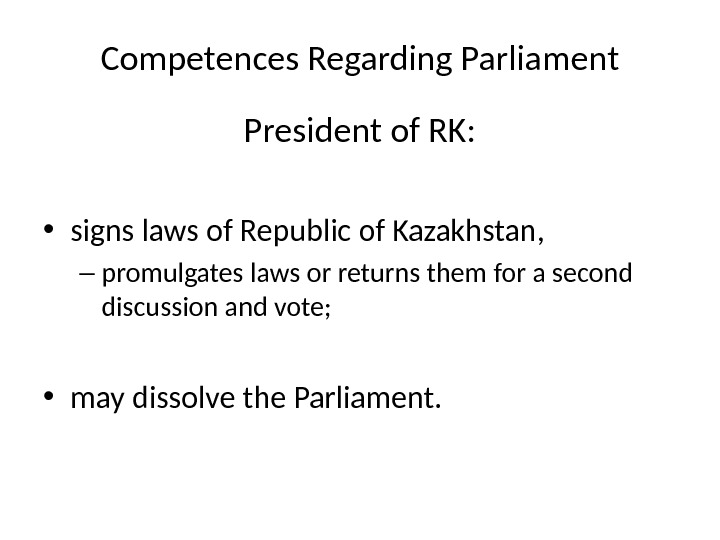 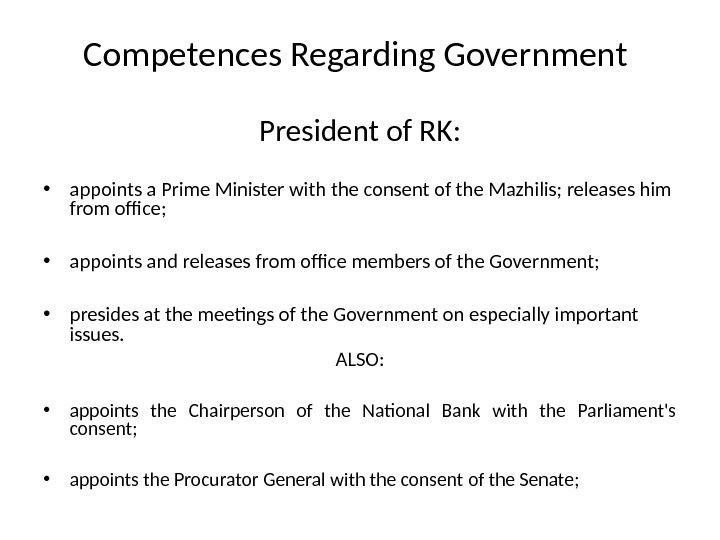 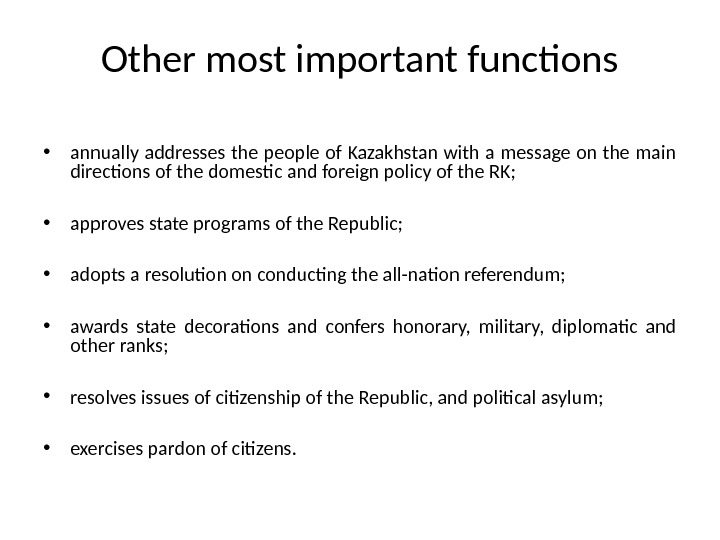 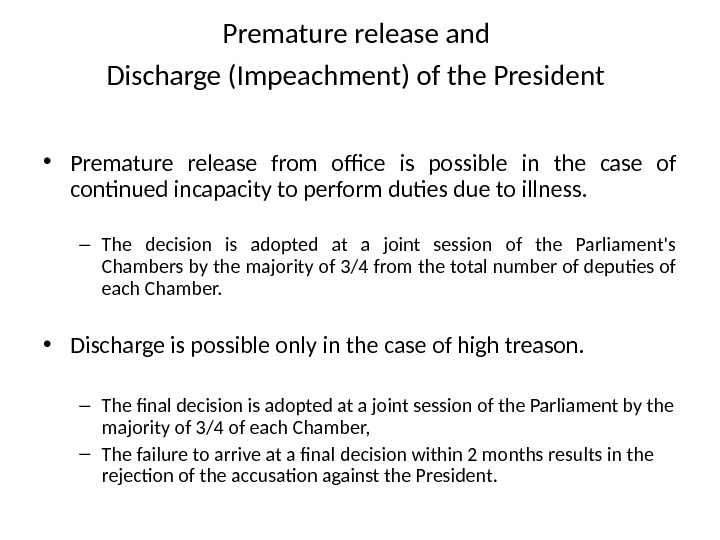 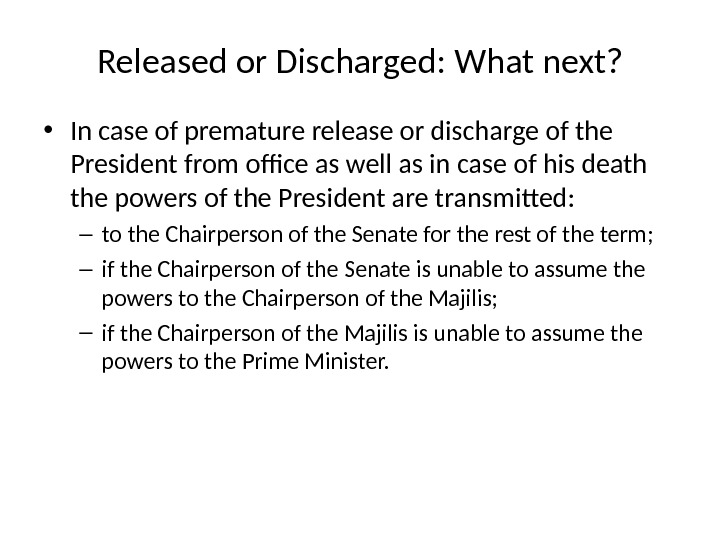 Status of President of RK (1) The President is: The head of state who represents RK within the country and in international relations; The highest official of the state who determines the main directions of the domestic and foreign policy of RK; The arbiter who ensures concerted functioning of all branches of state power and responsibility of the institutions of power before the people. The symbol and guarantor of inviolability of the Constitution. The President, his honor and dignity are inviolable.

Election of the President of RK (2) • Regular elections of the President are held on the first Sunday of December. – First Round based on Absolute Majority ( the candidate who receives more than 50 percent of the votes is deemed elected). • If none of the candidates receives more than 50 percent of votes, a second round of elections is held between the two candidates who obtained the largest number of votes. – Second Round based on Relative Majority (the candidate who receives the larger number of votes is deemed elected). • President is elected for a five year term. • One and the same person may not be elected as the President of the Republic more than two times in a row. – Note: This rule does not apply to the First President of the RK.

Taking the Office • The President of the RK takes office from the moment of swearing to the people the following oath: «I solemnly swear that I will faithfully serve the people of Kazakhstan, strictly observe the Constitution and the laws of the Republic of Kazakhstan, guarantee the rights and freedoms of the citizens, honestly perform the high duties of the President of the Republic of Kazakhstan entrusted to me. “ • President swears on the Constitution. • The oath is taken in a ceremonial atmosphere on the second Wednesday of January.

Foreign Policy President of RK: • negotiates and signs international treaties; • appoints and recalls heads of diplomatic embassies of the Republic; • receives letters of credentials from ambassadors of foreign states.

Defense and Security President of RK: • acts as the Commander-in-Chief of the Armed Forces of the Republic; • appoints the Chairperson of the Committee of National Security of the RK with the consent of the Senate of Parliament; releases him from office; • takes measures caused by a state of emergency in the event of a serious and immediate threat to the RK; • imposes martial law in the case of aggression against the Republic or immediate external threat to its security.

Competences Regarding Parliament President of RK: • signs laws of Republic of Kazakhstan, – promulgates laws or returns them for a second discussion and vote; • may dissolve the Parliament.

Other most important functions • annually addresses the people of Kazakhstan with a message on the main directions of the domestic and foreign policy of the RK; • approves state programs of the Republic; • adopts a resolution on conducting the all-nation referendum; • awards state decorations and confers honorary, military, diplomatic and other ranks; • resolves issues of citizenship of the Republic, and political asylum; • exercises pardon of citizens.