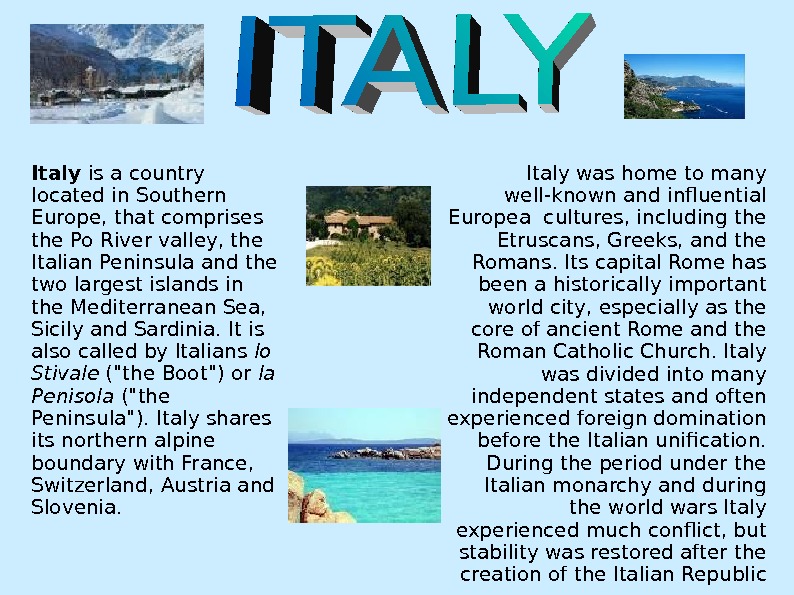 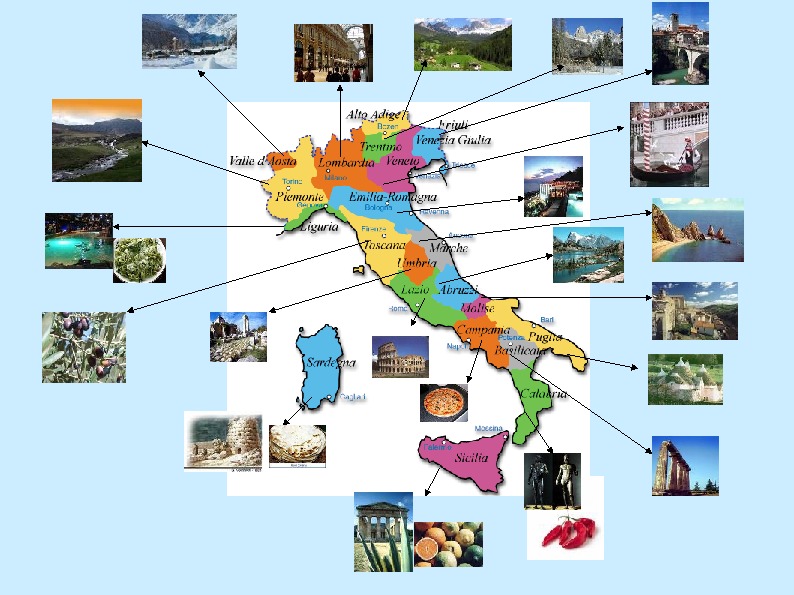 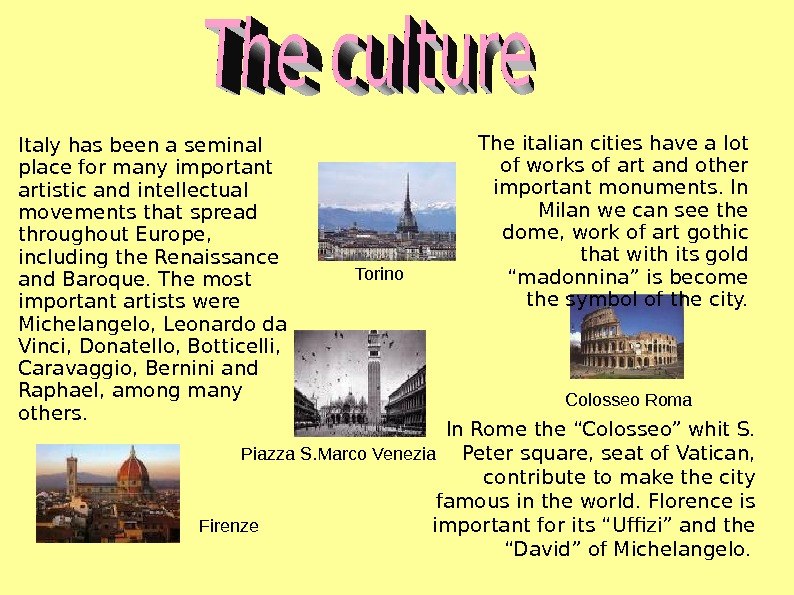 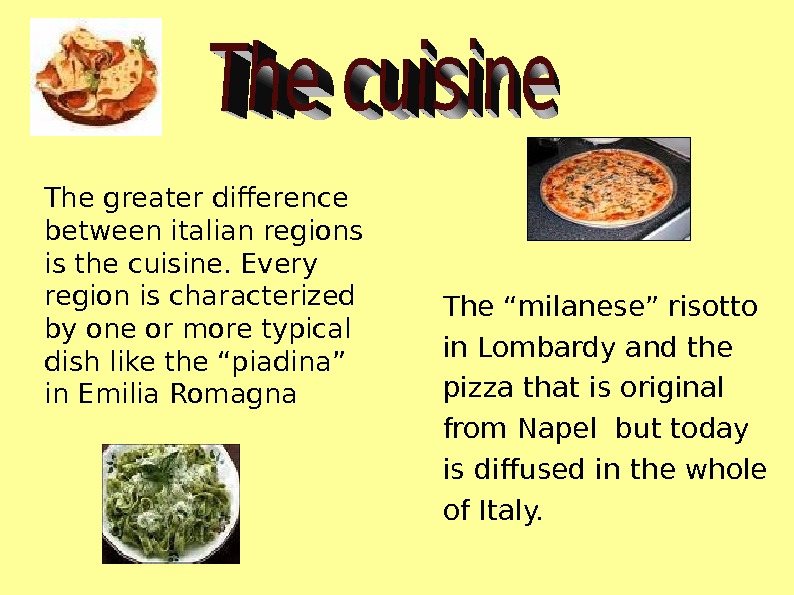 Italy is a country located in Southern Europe, that comprises the Po River valley, the Italian Peninsula and the two largest islands in the Mediterranean Sea, Sicily and Sardinia. It is also called by Italians lo Stivale («the Boot») or la Penisola («the Peninsula»). Italy shares its northern alpine boundary with France, Switzerland, Austria and Slovenia. Italy was home to many well-known and influential Europea cultures, including the Etruscans, Greeks, and the Romans. Its capital Rome has been a historically important world city, especially as the core of ancient Rome and the Roman Catholic Church. Italy was divided into many independent states and often experienced foreign domination before the Italian unification. During the period under the Italian monarchy and during the world wars Italy experienced much conflict, but stability was restored after the creation of the Italian Republic

Italy has been a seminal place for many important artistic and intellectual movements that spread throughout Europe, including the Renaissance and Baroque. The most important artists were Michelangelo, Leonardo da Vinci, Donatello, Botticelli, Caravaggio, Bernini and Raphael, among many others. In Rome the “Colosseo” whit S. Peter square, seat of Vatican, contribute to make the city famous in the world. Florence is important for its “Uffizi” and the “David” of Michelangelo. Torino Colosseo Roma Piazza S. Marco Venezia Firenze T he italian cities have a lot of works of art and other important monuments. In Milan we can see the dome, work of art gothic that with its gold “madonnina” is become the symbol of the city.

The greater difference between italian regions is the cuisine. Every region is characterized by one or more typical dish like the “piadina” in Emilia Romagna The “milanese” risotto in Lombardy and the pizza that is original from Napel but today is diffused in the whole of Italy.