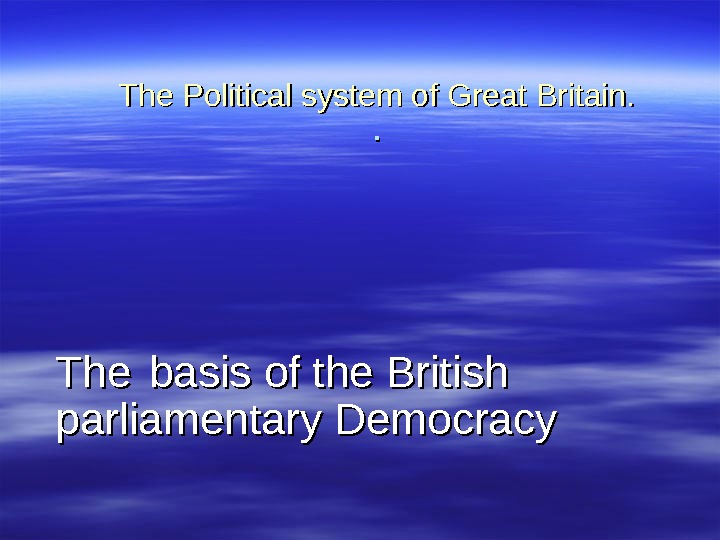 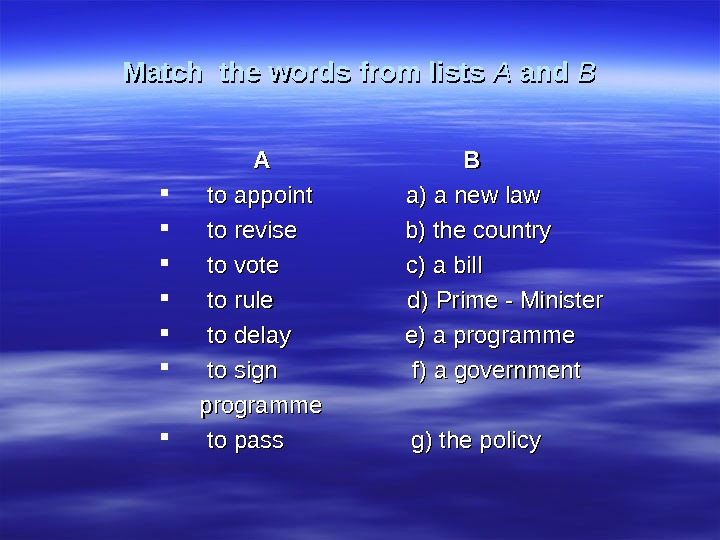 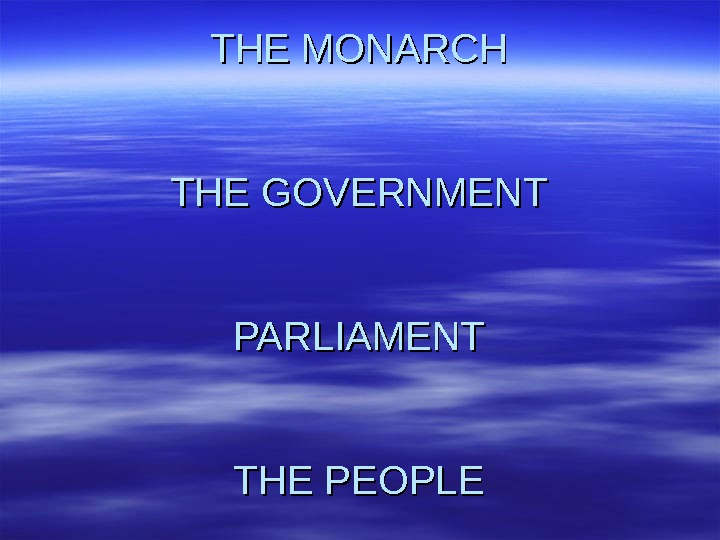 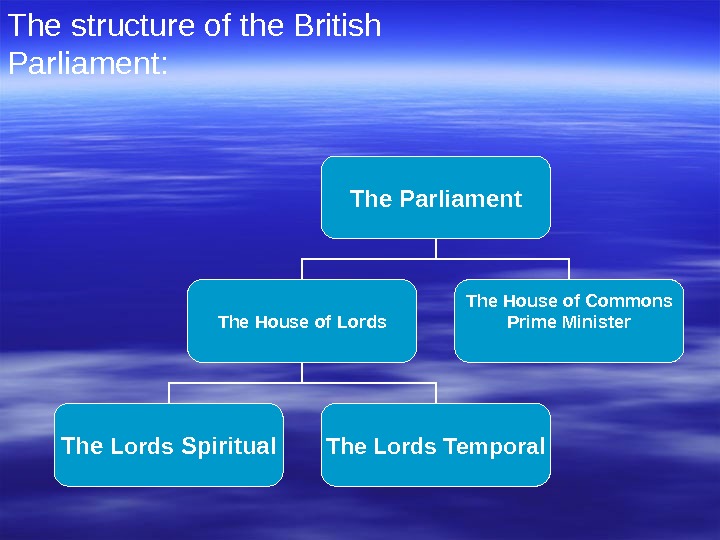 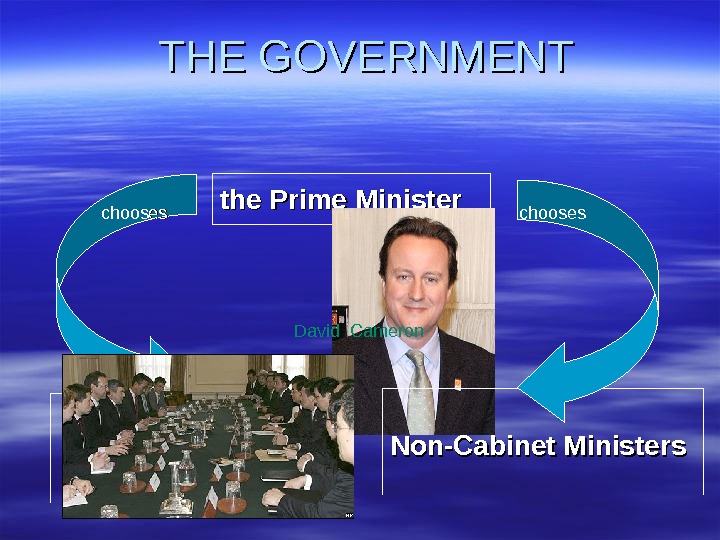 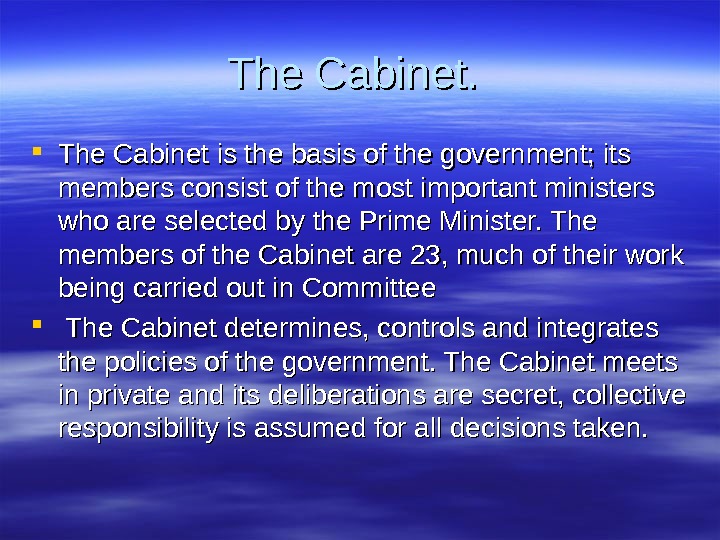 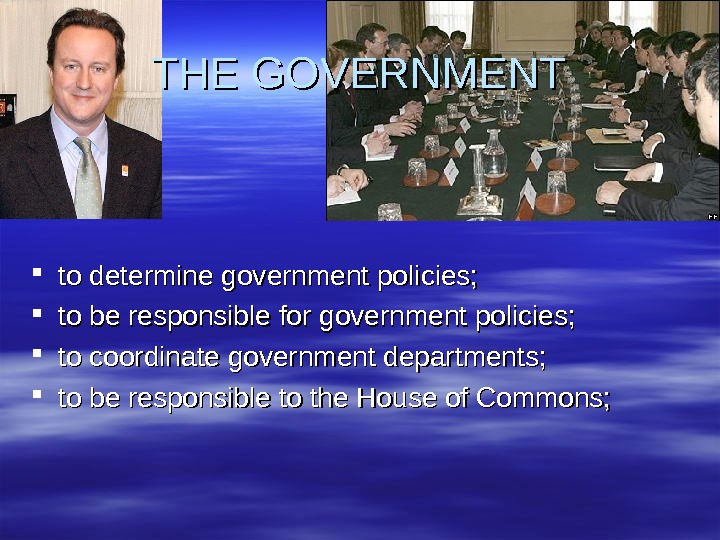 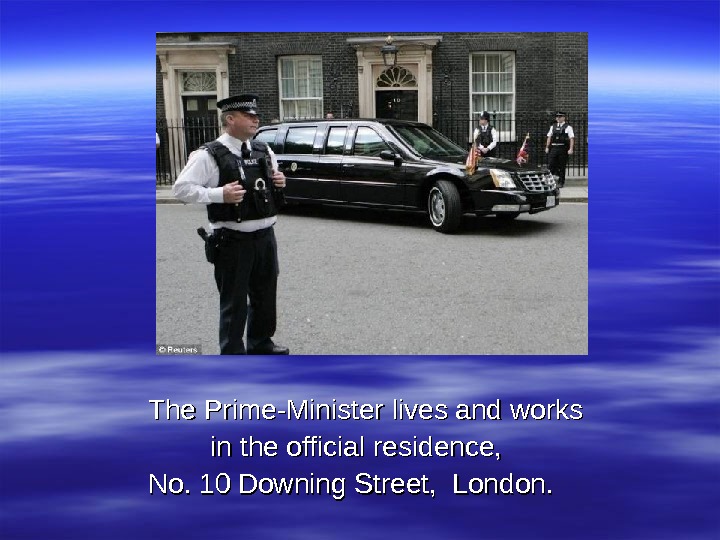 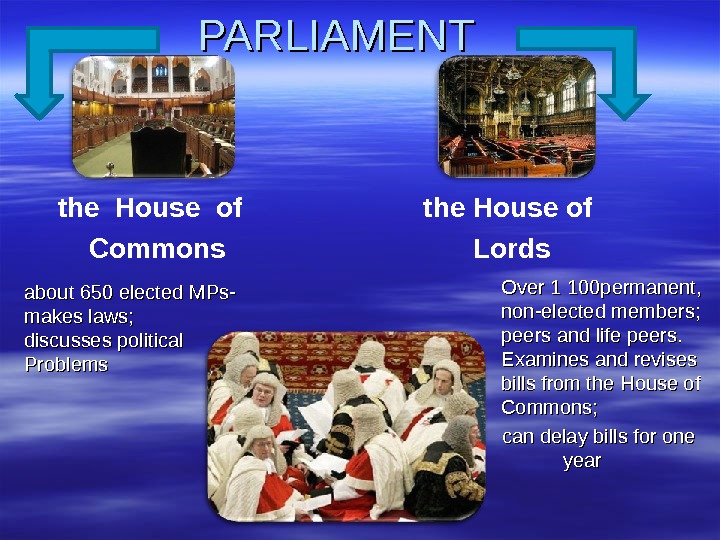 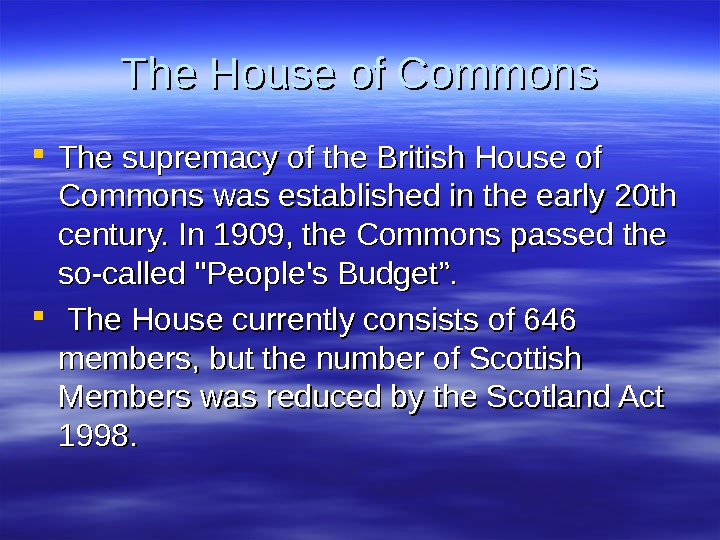 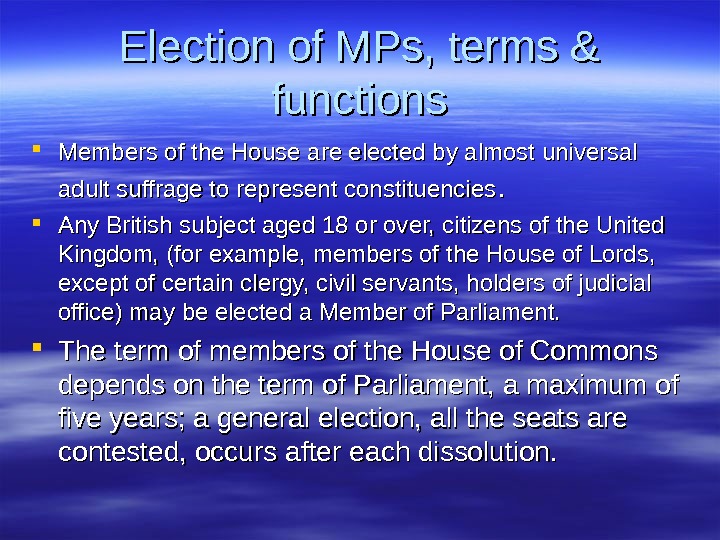 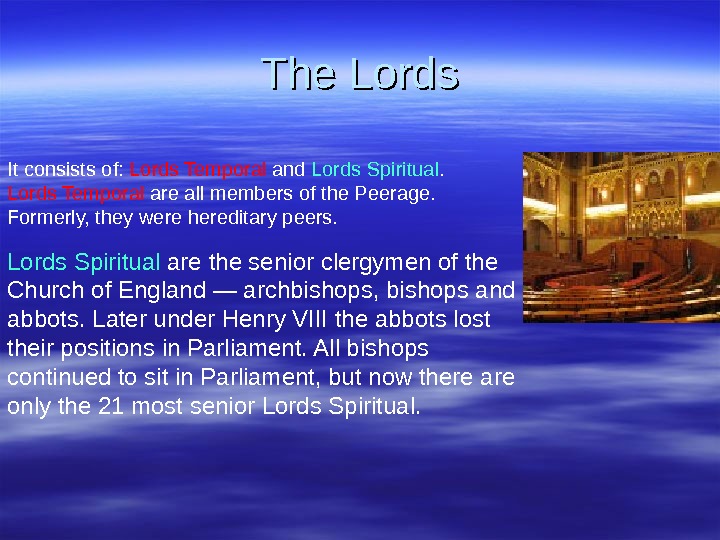 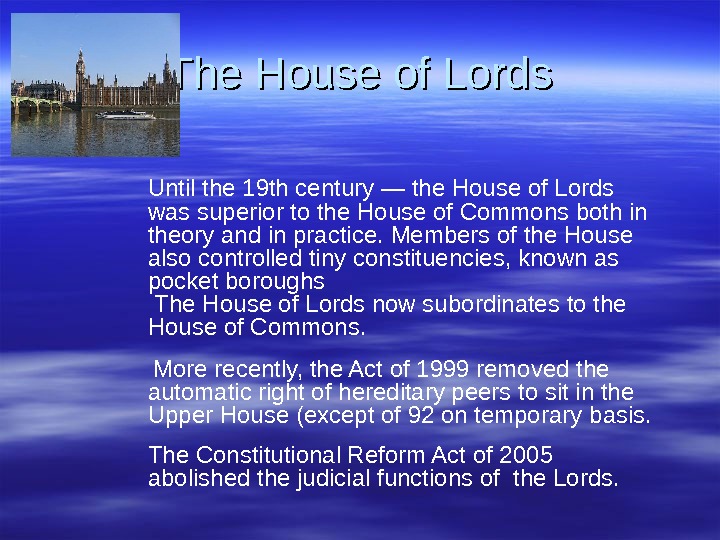 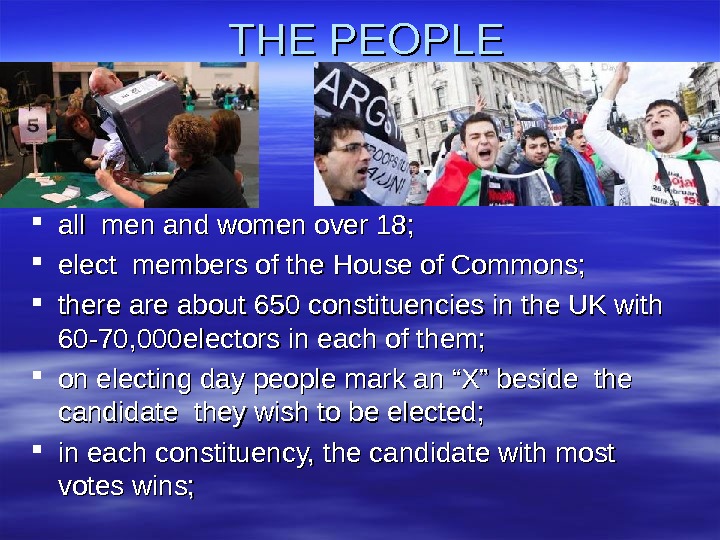 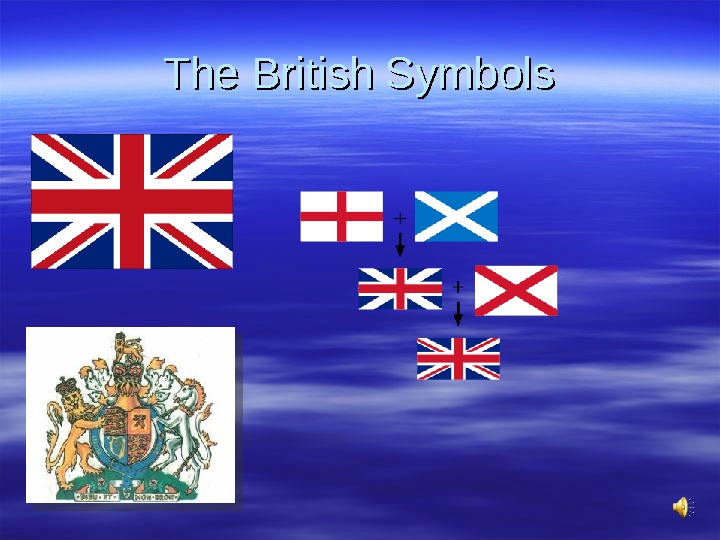 The Political system of Great Britain. . . The basis of the British parliamentary Democracy

THE MONARCH THE GOVERNMENT PARLIAMENT THE PEOPL

The Cabinet is the basis of the government; its members consist of the most important ministers who are selected by the Prime Minister. The members of the Cabinet are 23, much of their work being carried out in Committee The Cabinet determines, controls and integrates the policies of the government. The Cabinet meets in private and its deliberations are secret, collective responsibility is assumed for all decisions taken.

The Prime-Minister lives and works in the official residence, No. 10 Downing Street, London.

The House of Commons The supremacy of the British House of Commons was established in the early 20 th century. In 1909, the Commons passed the so-called «People’s Budget ”. ”. The House currently consists of 646 members, but the number of Scottish Members was reduced by the Scotland Act 1998.

THE PEOPLE all men and women over 18; elect members of the House of Commons; there are about 650 constituencies in the UK with 60 -70, 000 electors in each of them; on electing day people mark an “X” beside the candidate they wish to be elected; in each constituency, the candidate with most votes wins;