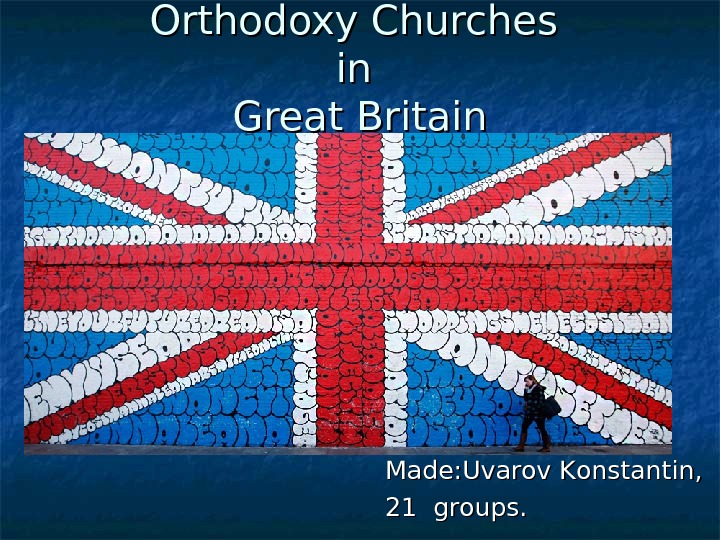 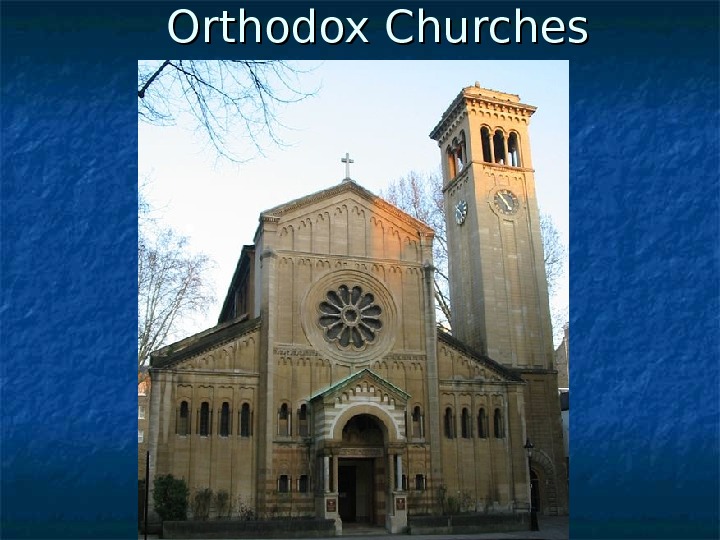 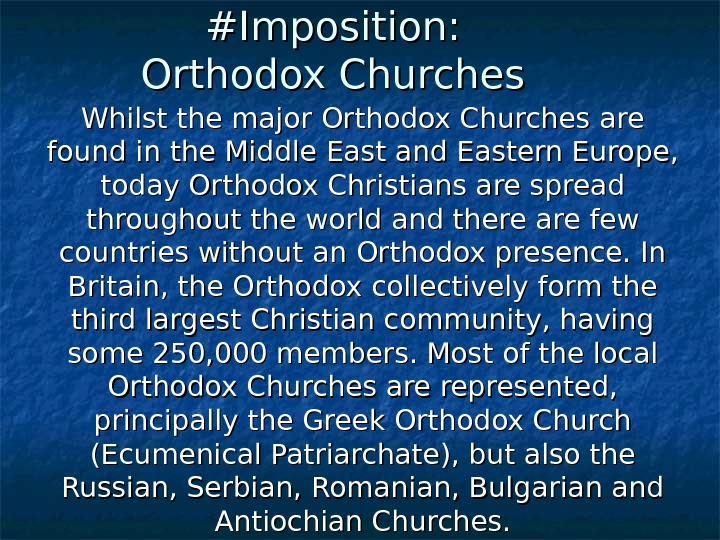 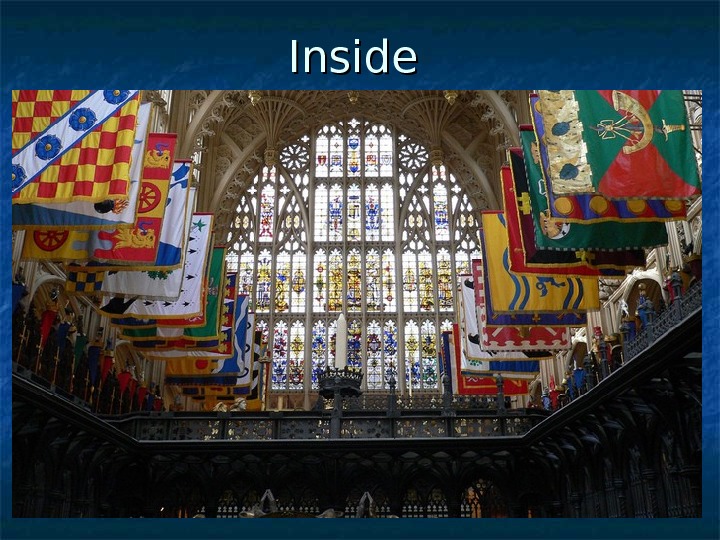 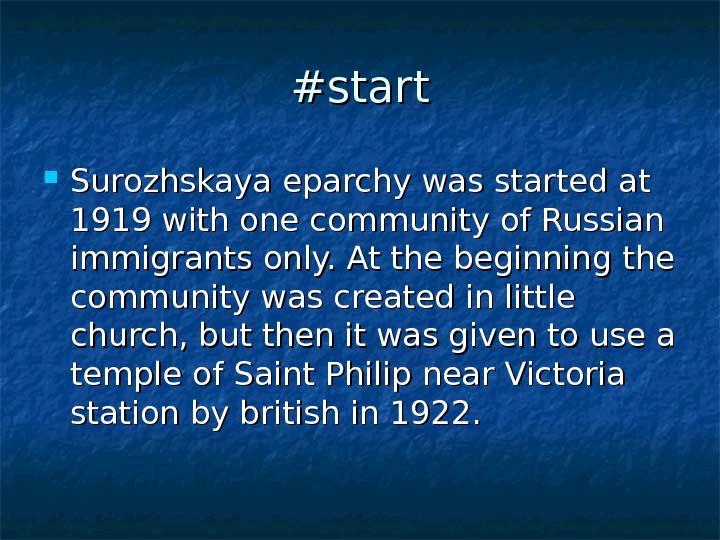 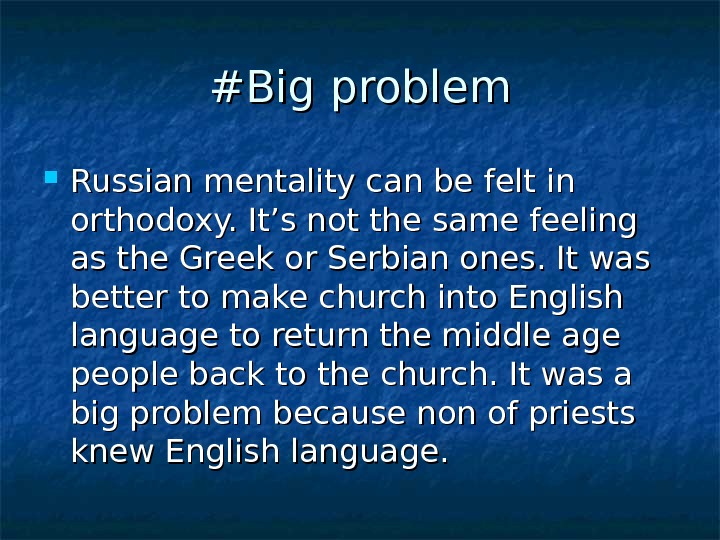 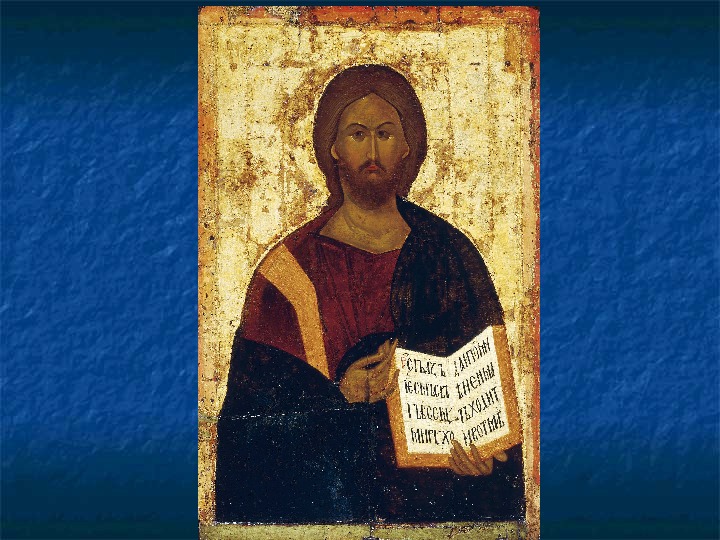 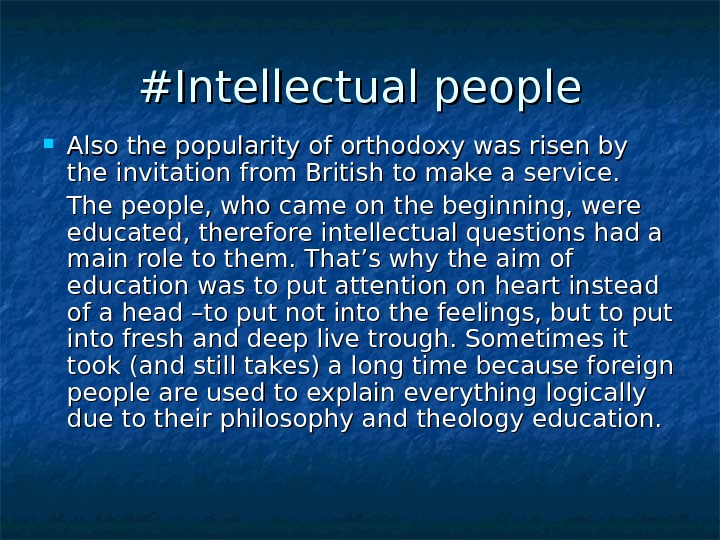 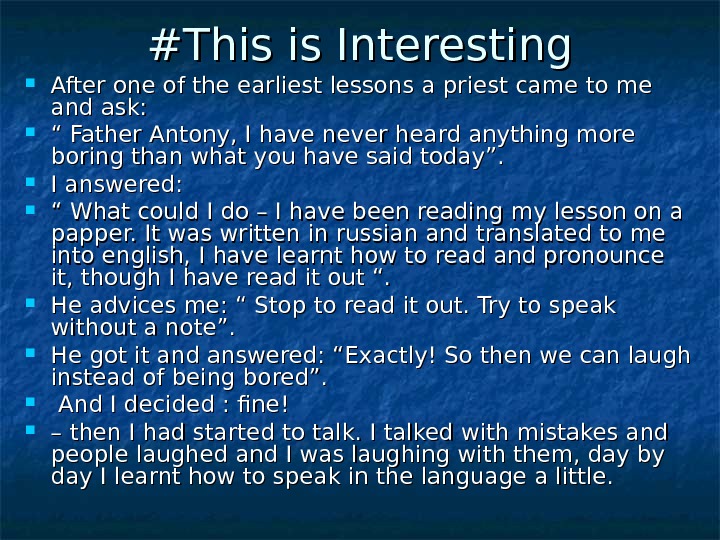 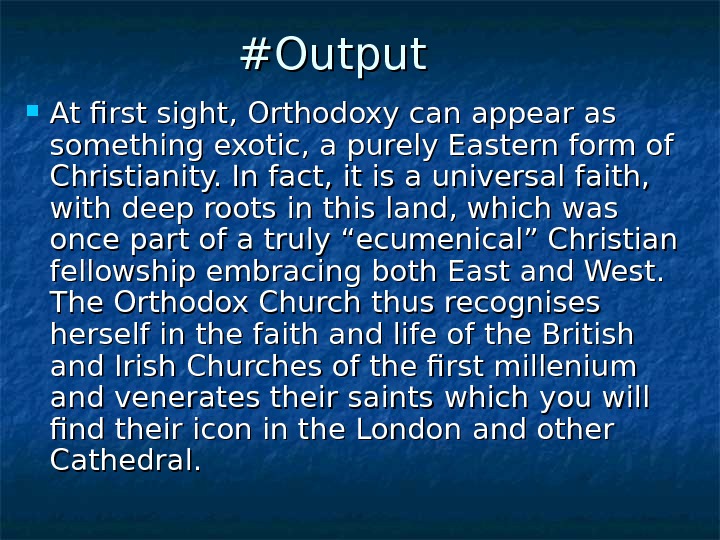 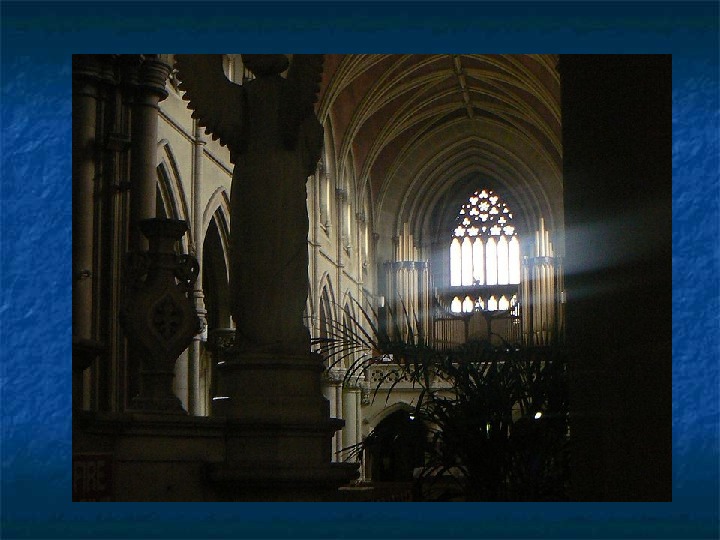 #I#I mposition : : Orthodox Churches Whilst the major Orthodox Churches are found in the Middle East and Eastern Europe, today Orthodox Christians are spread throughout the world and there are few countries without an Orthodox presence. In Britain, the Orthodox collectively form the third largest Christian community, having some 250, 000 members. Most of the local Orthodox Churches are represented, principally the Greek Orthodox Church (Ecumenical Patriarchate), but also the Russian, Serbian, Romanian, Bulgarian and Antiochian Churches.

#start Surozhskaya eparchy was started at 1919 with one community of Russian immigrants only. At the beginning the community was created in little church, but then it was given to use a temple of Saint Philip near Victoria station by british in 1922.

#Big problem Russian mentality can be felt in orthodoxy. It’s not the same feeling as the Greek or Serbian ones. It was better to make church into English language to return the middle age people back to the church. It was a big problem because non of priests knew English language.

#I#I ntellectual people Also the popularity of orthodoxy was risen by the invitation from British to make a service. The people, who came on the beginning, were educated, therefore intellectual questions had a main role to them. That’s why the aim of education was to put attention on heart instead of a head –to put not into the feelings, but to put into fresh and deep live trough. Sometimes it took (and still takes) a long time because foreign people are used to explain everything logically due to their philosophy and theology education.

#T#T his is Interesting After one of the earliest lessons a priest came to me and ask: “ “ Father Antony, I have never heard anything more boring than what you have said today”. I answered: “ “ What could I do – I have been reading my lesson on a papper. It was written in russian and translated to me into english, I have learnt how to read and pronounce it, though I have read it out “. He advices me: “ Stop to read it out. Try to speak without a note”. He got it and answered: “Exactly! So then we can laugh instead of being bored”. And I decided : fine! – – then I had started to talk. I talked with mistakes and people laughed and I was laughing with them, day by day I learnt how to speak in the language a little.

#O#O utput At first sight, Orthodoxy can appear as something exotic, a purely Eastern form of Christianity. In fact, it is a universal faith, with deep roots in this land, which was once part of a truly “ecumenical” Christian fellowship embracing both East and West. The Orthodox Church thus recognises herself in the faith and life of the British and Irish Churches of the first millenium and venerates their saints which yy ou will find their icon in the London and other Cathedral.