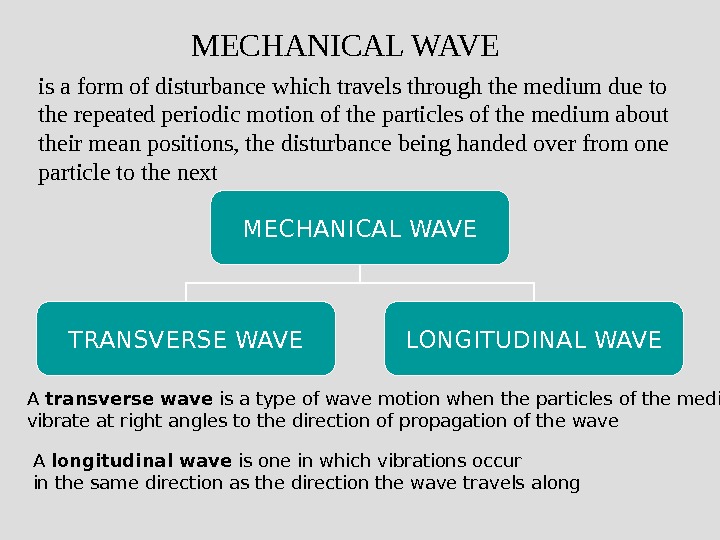 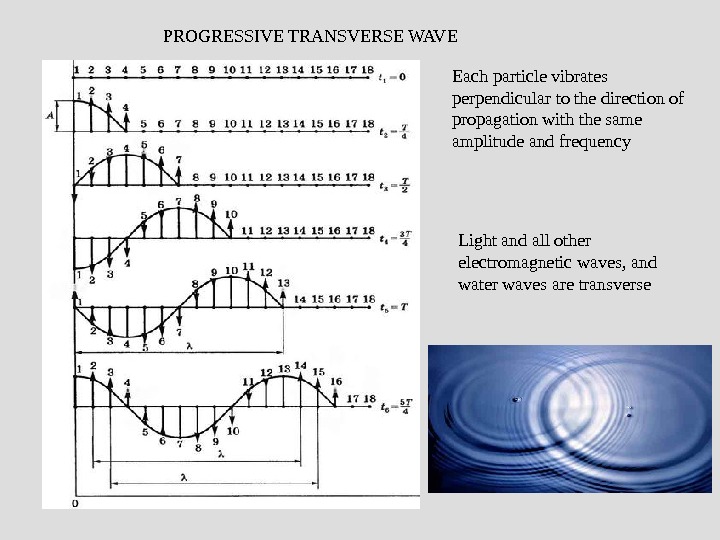 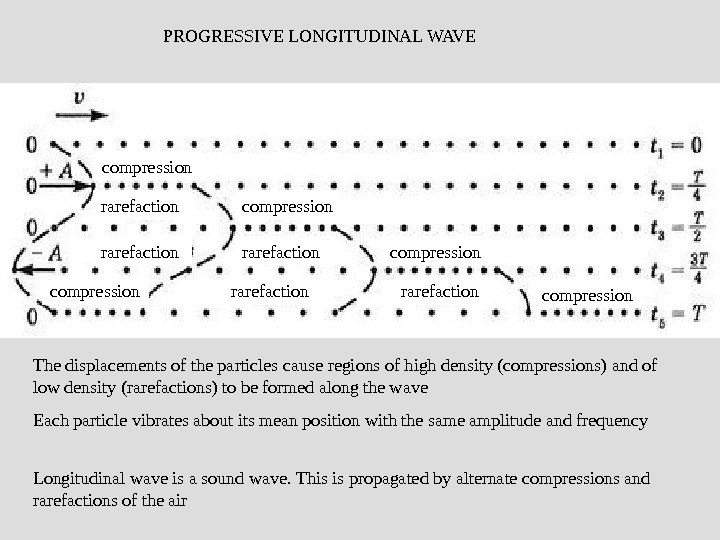 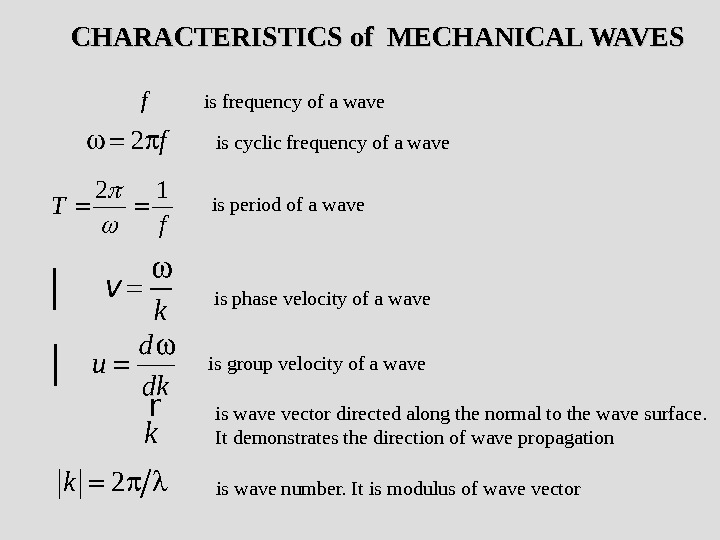 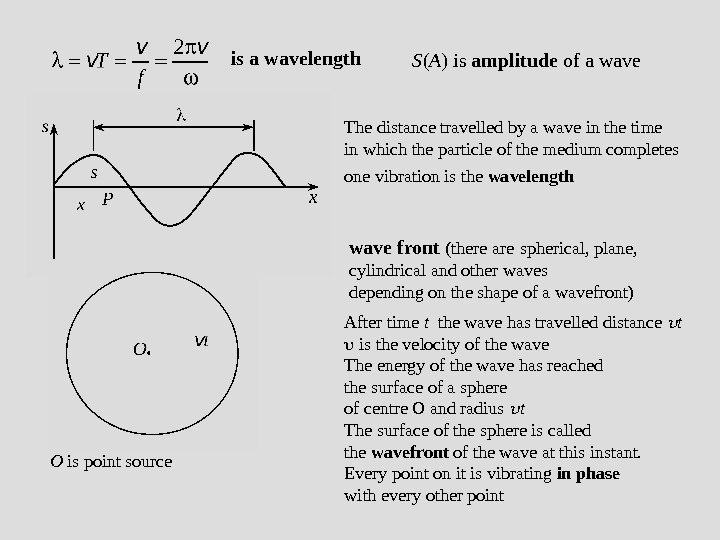 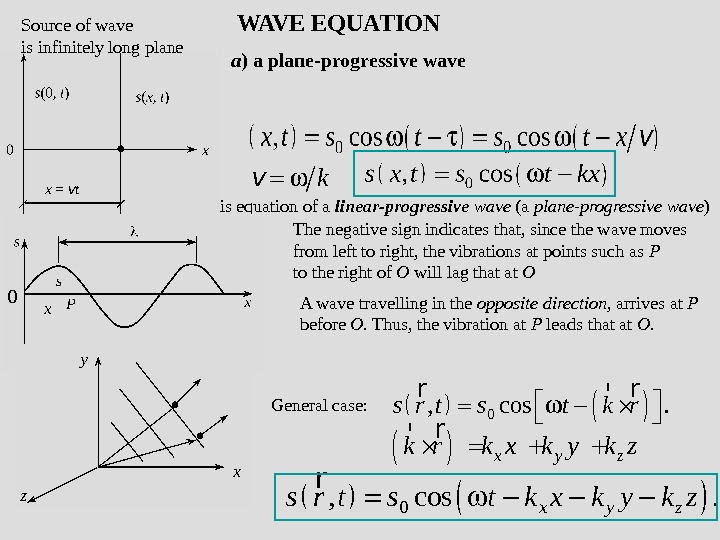 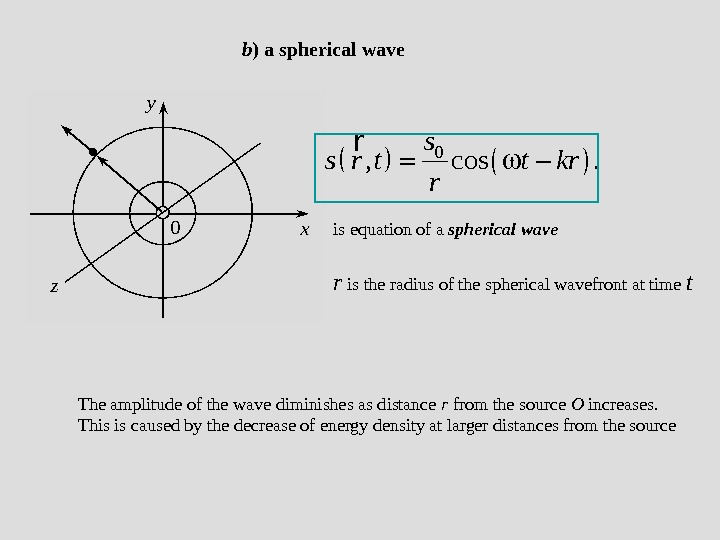 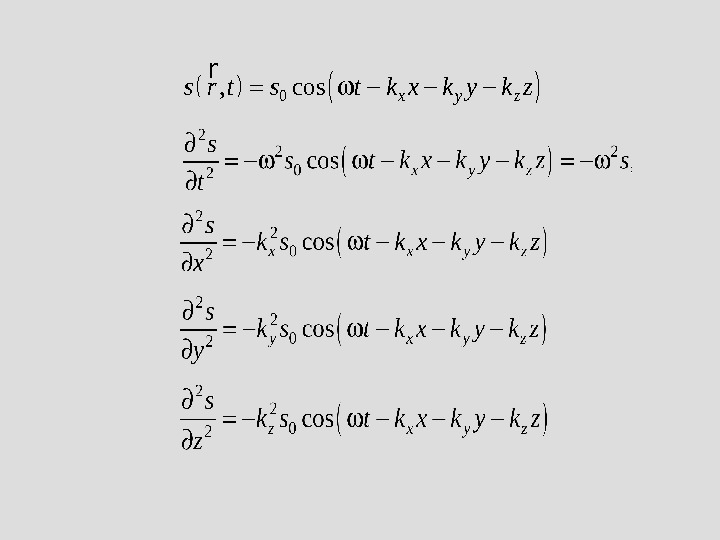 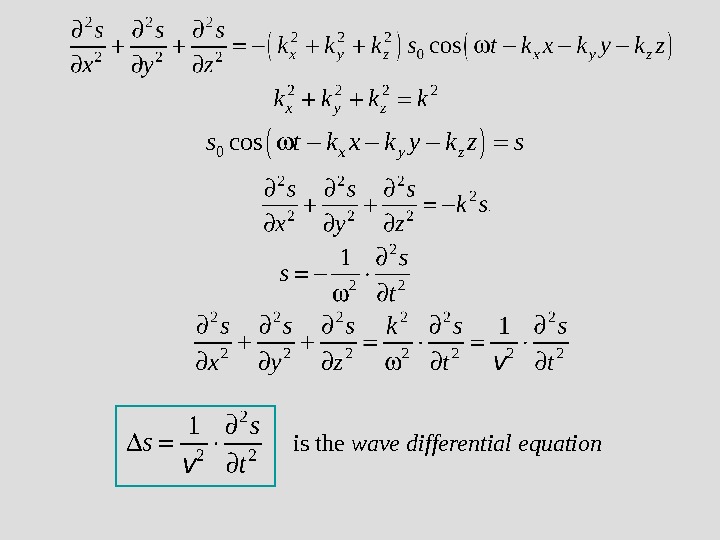 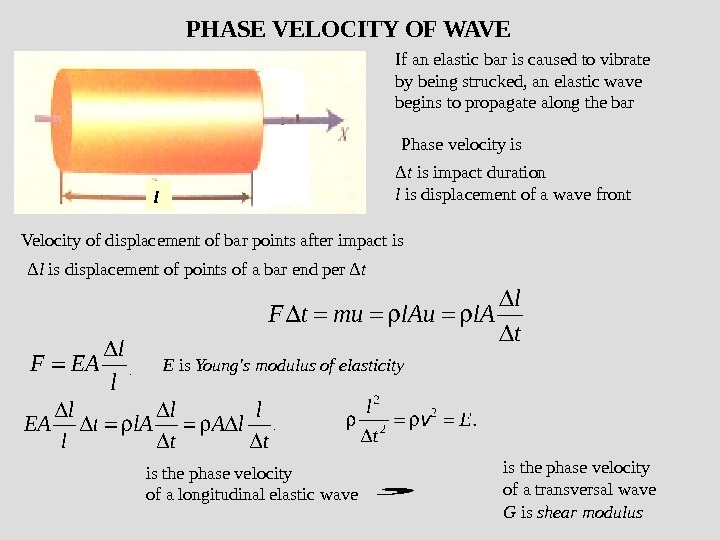 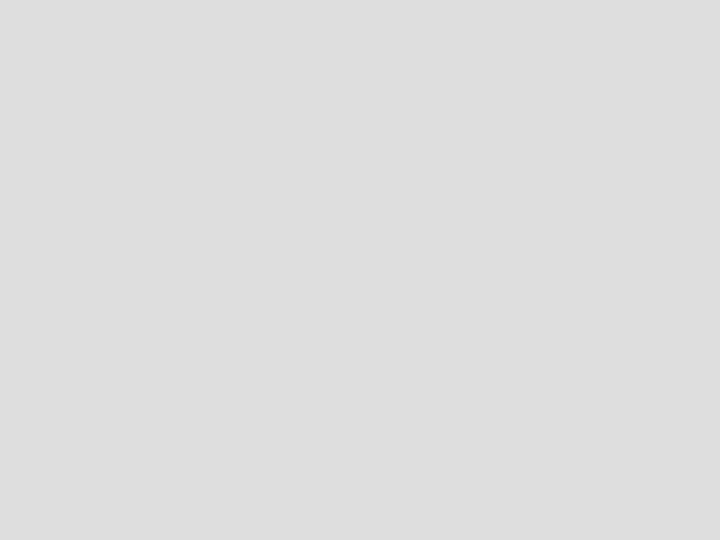 is a form of disturbance which travels through the medium due to the repeated periodic motion of the particles of the medium about their mean positions, the disturbance being handed over from one particle to the next MECHANICAL WAVE TRANSVERSE WAVE LONGITUDINAL WAVE A transverse wave is a type of wave motion when the particles of the medium vibrate at right angles to the direction of propagation of the wave A longitudinal wave is one in which vibrations occur in the same direction as the direction the wave travels along

PROGRESSIVE TRANSVERSE WAVE Each particle vibrates perpendicular to the direction of propagation with the same amplitude and frequency Light and all other electromagnetic waves, and water waves are transverse

is a wavelength The distance travelled by a wave in the time in which the particle of the medium completes one vibration is the wavelength O is point source After time t the wave has travelled distance t is the velocity of the wave The energy of the wave has reached the surface of a sphere of centre O and radius t The surface of the sphere is called the wavefront of the wave at this instant. Every point on it is vibrating in phase with every other point wave front ( there are spherical, plane, cylindrical and other waves depending on the shape of a wavefront) S ( A ) is amplitude of a wave

WAVE EQUATION Source of wave is infinitely long plane is equation of a linear-progressive wave (a plane-progressive wave ) The negative sign indicates that, since the wave moves from left to right, the vibrations at points such as P to the right of O will lag that at O A wave travelling in the opposite direction , arrives at P before O. Thus, the vibration at P leads that at O. 00, cos. s r t s t k r rr r x y zk r k x k y k z rr 0, cos. x y zs r t s t k x k y k z r General case: a ) a plane-progressive wave