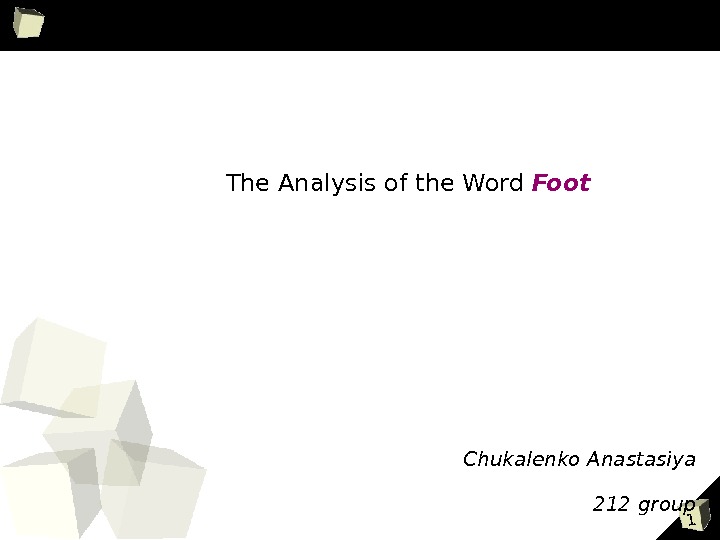 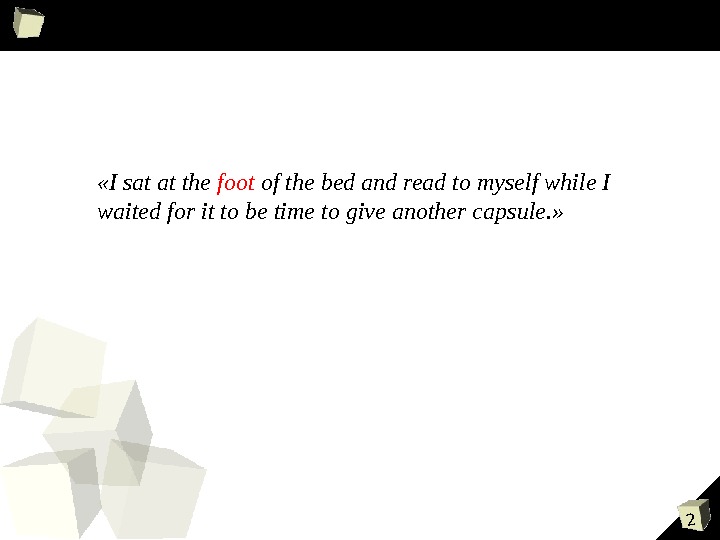 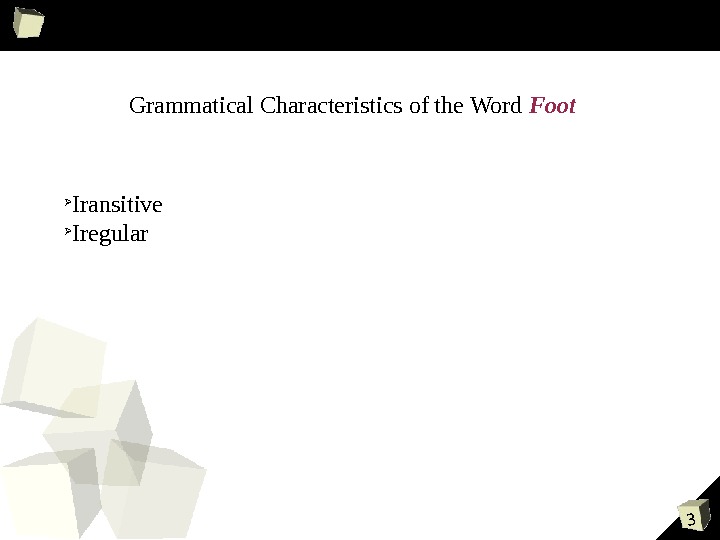 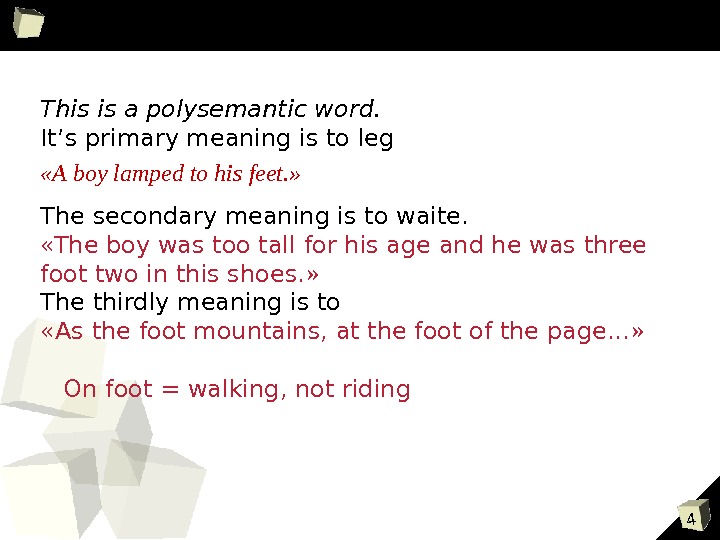 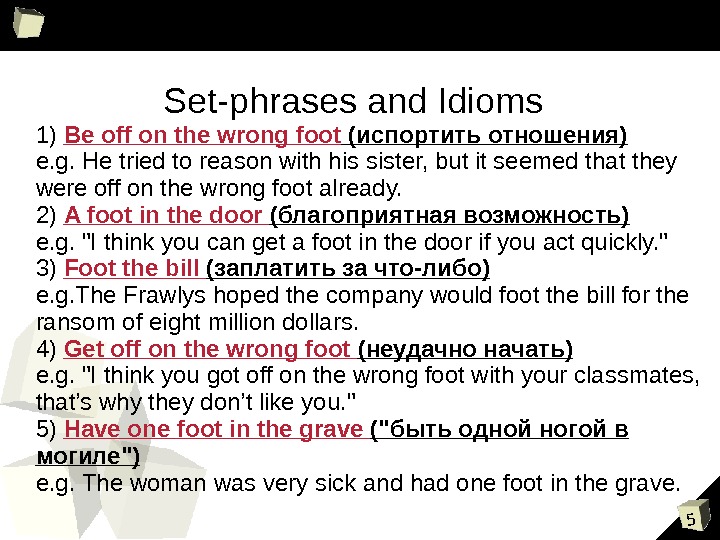 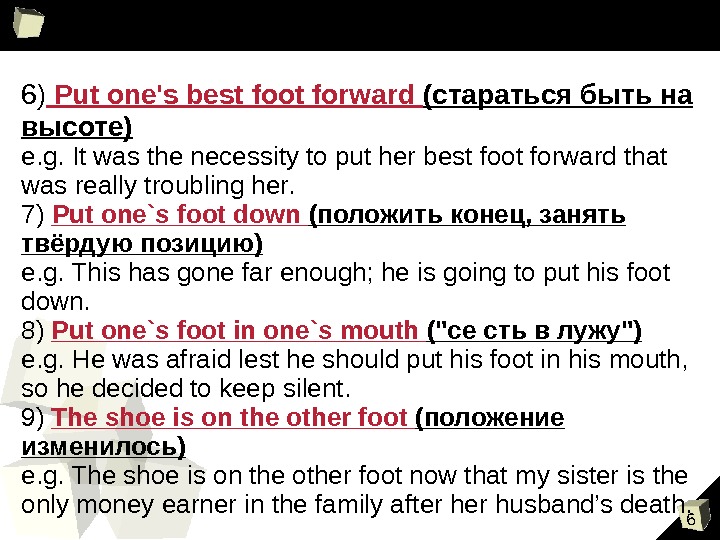 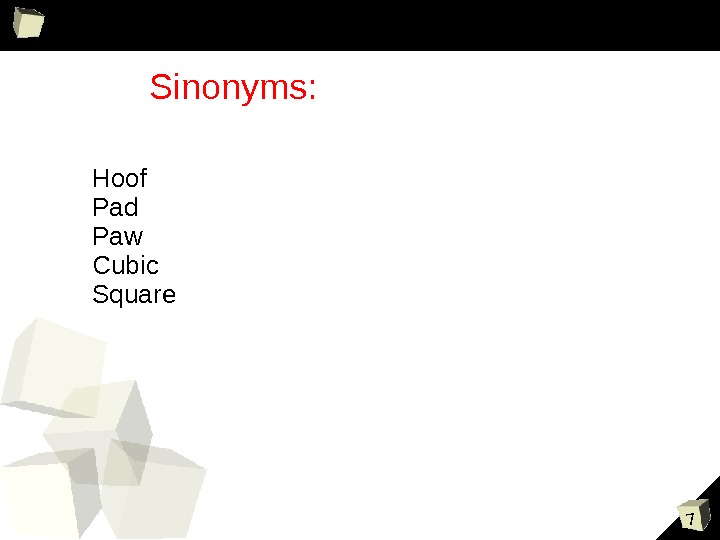 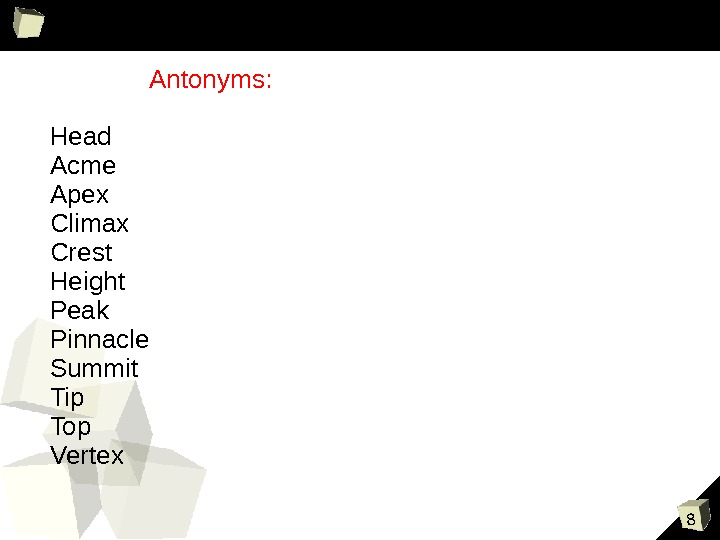 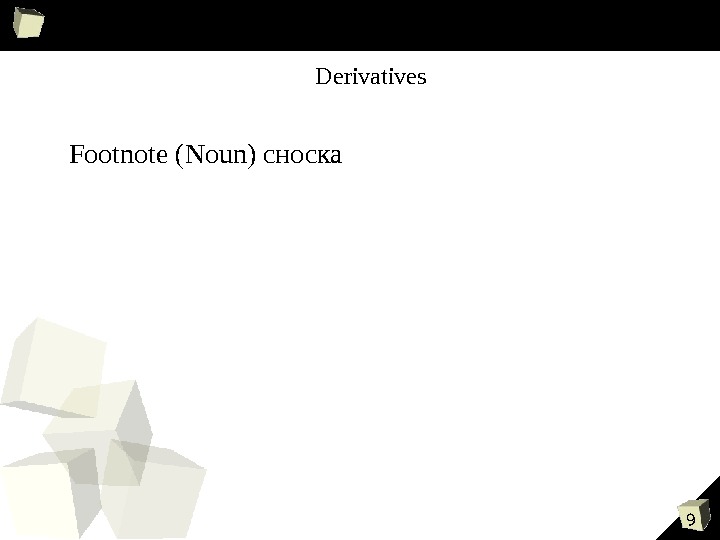 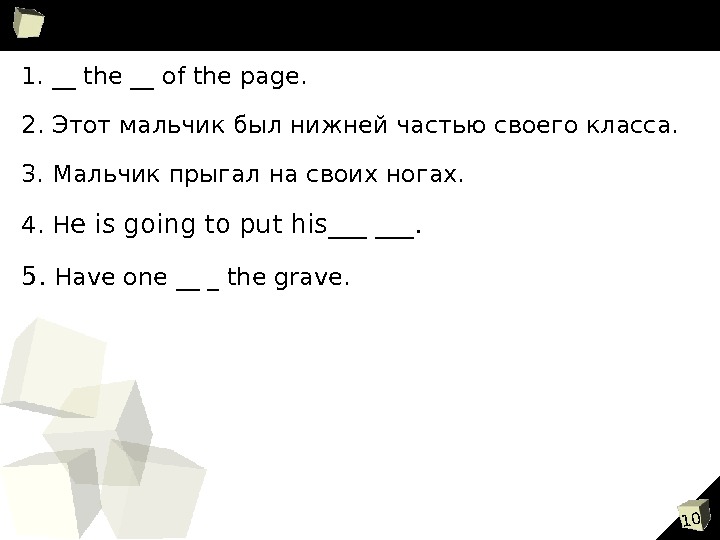 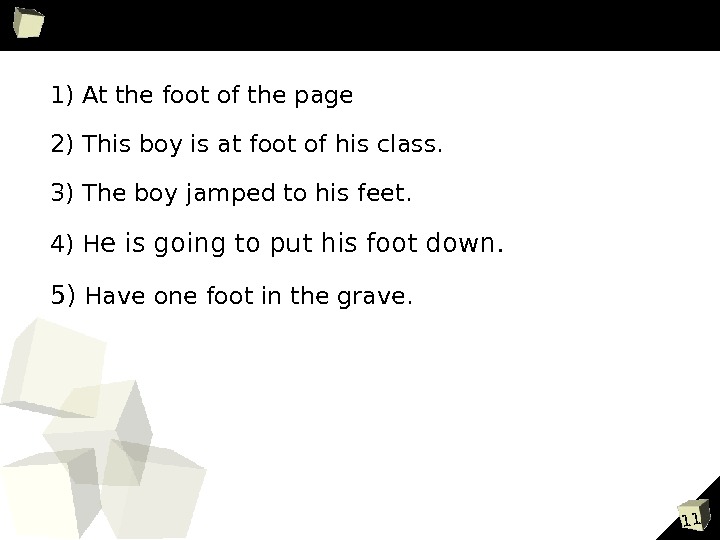 1 The Analysis of the Word Foot Chukalenko Anastasiya 212 group

2 «I sat at the foot of the bed and read to myself while I waited for it to be time to give another capsule. »

4 Lexical Characteristics of the Word This is a polysemantic word. It’s primary meaning is to leg «A boy lamped to his feet. » The secondary meaning is to waite. «The boy was too tall for his age and he was three foot two in this shoes. » The thirdly meaning is to «As the foot mountains, at the foot of the page. . . » On foot = walking, not riding

66) Put one’s best foot forward (стараться быть на высоте) e. g. It was the necessity to put her best foot forward that was really troubling her. 7) Put one`s foot down (положить конец, занять твёрдую позицию) e. g. This has gone far enough; he is going to put his foot down. 8) Put one`s foot in one`s mouth («се сть в лужу») e. g. He was afraid lest he should put his foot in his mouth, so he decided to keep silent. 9) The shoe is on the other foot (положение изменилось) e. g. The shoe is on the other foot now that my sister is the only money earner in the family after husband’s death.