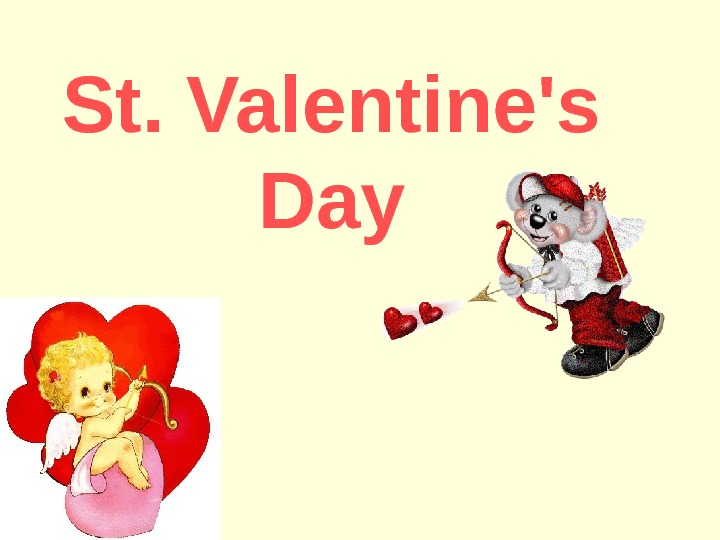 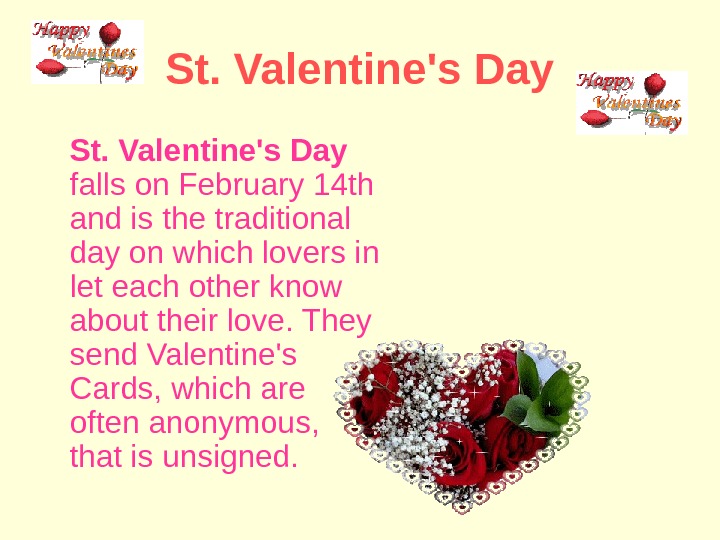 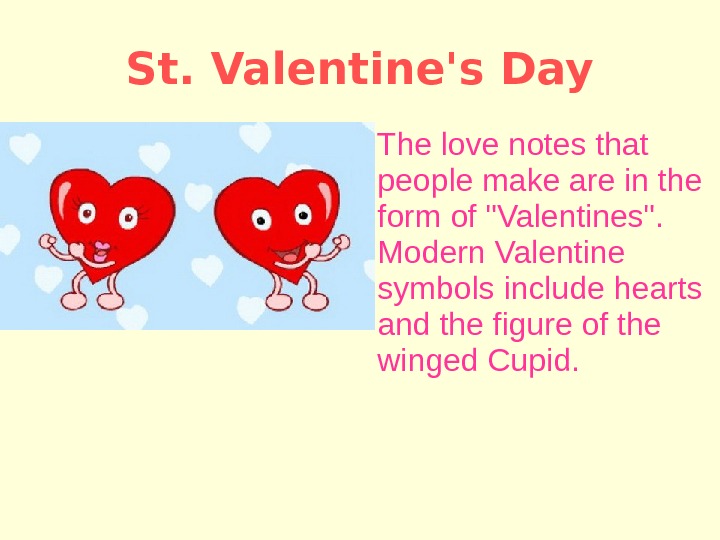 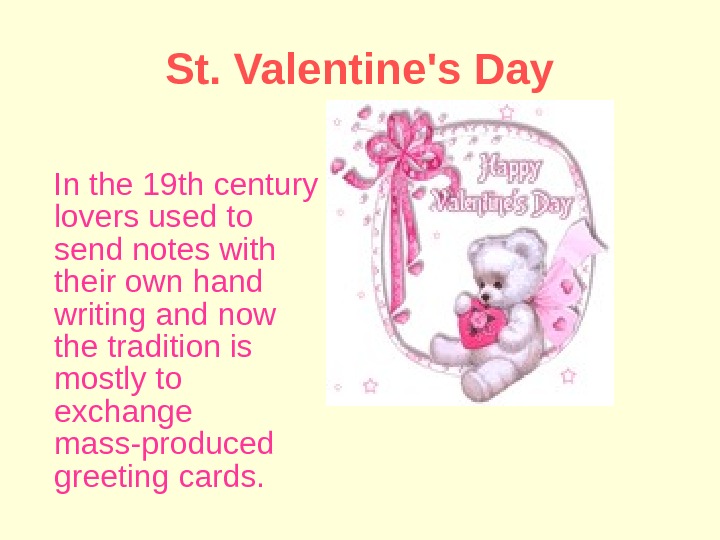 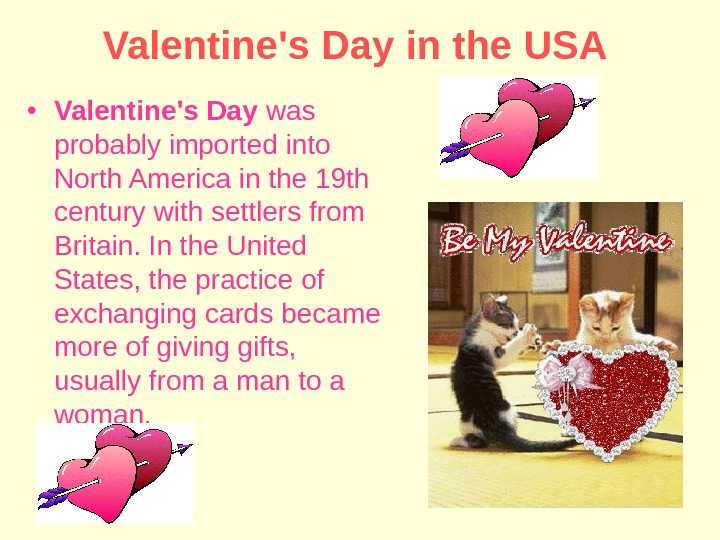 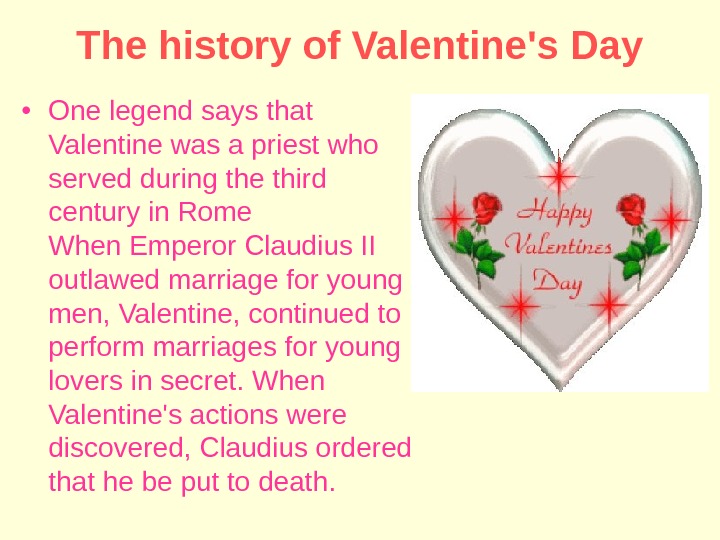 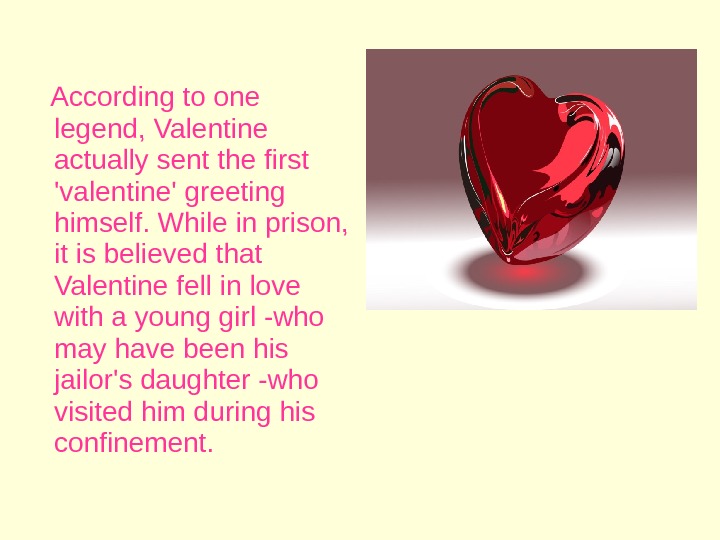 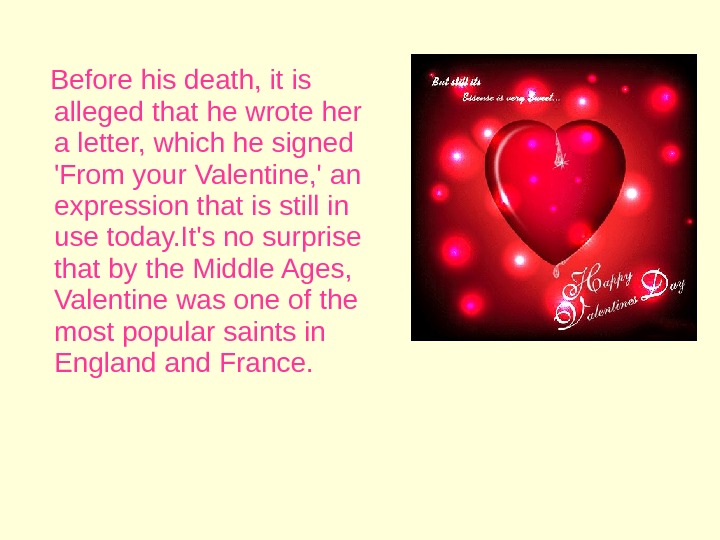 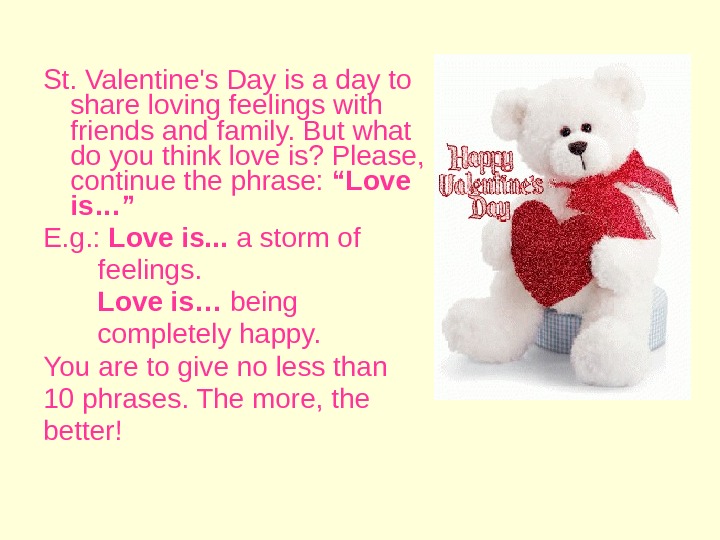 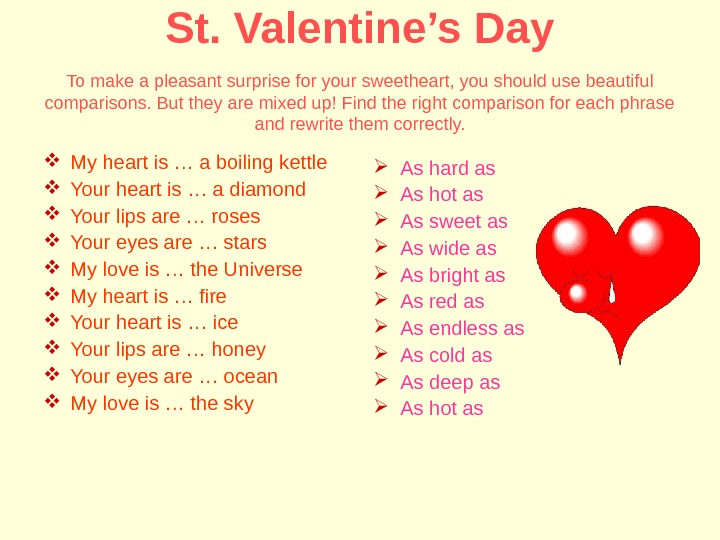 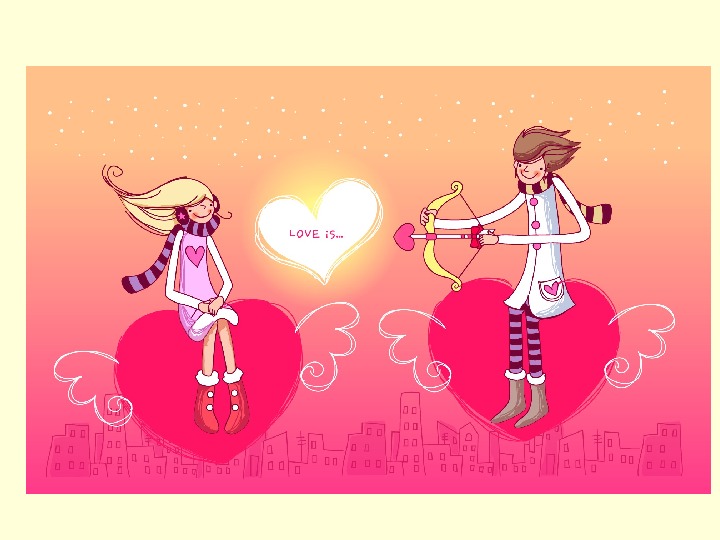 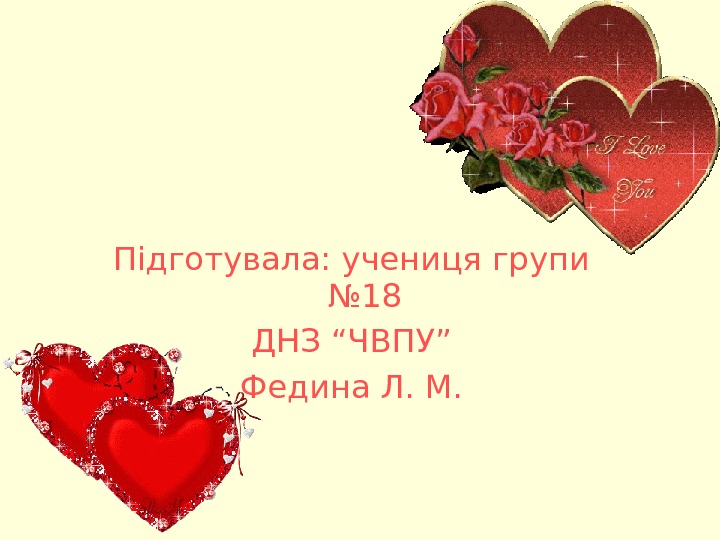 St. Valentine’s Day falls on February 14 th and is the traditional day on which lovers in let each other know about their love. They send Valentine’s Cards, which are often anonymous, that is unsigned.

The love notes that people make are in the form of «Valentines». Modern Valentine symbols include hearts and the figure of the winged Cupid. St. Valentine’s Day

In the 19 th century lovers used to send notes with their own hand writing and now the tradition is mostly to exchange mass-produced greeting cards. St. Valentine’s Day

Valentine’s Day in the USA • Valentine’s Day was probably imported into North America in the 19 th century with settlers from Britain. In the United States, the practice of exchanging cards became more of giving gifts, usually from a man to a woman.

The history of Valentine’s Day • One legend says that Valentine was a priest who served during the third century in Rome When Emperor Claudius II outlawed marriage for young men , Valentine, continued to perform marriages for young lovers in secret. When Valentine’s actions were discovered, Claudius ordered that he be put to death.

According to one legend, Valentine actually sent the first ‘valentine’ greeting himself. While in prison, it is believed that Valentine fell in love with a young girl -who may have been his jailor’s daughter -who visited him during his confinement.

Before his death, it is alleged that he wrote her a letter, which he signed ‘From your Valentine, ‘ an expression that is still in use today. It’s no surprise that by the Middle Ages, Valentine was one of the most popular saints in England France.

St. Valentine’s Day is a day to share loving feelings with friends and family. But what do you think love is? Please, continue the phrase: “Love is…” E. g. : Love is. . . a storm of feelings. Love is… being completely happy. You are to give no less than 10 phrases. The more, the better!

St. Valentine’s Day To make a pleasant surprise for your sweetheart , you should use beautiful comparisons. But they are mixed up! Find the right comparison for each phrase and rewrite them correctly. My heart is … a boiling kettle Your heart is … a diamond Your lips are … roses Your eyes are … stars My love is … the Universe My heart is … fire Your heart is … ice Your lips are … honey Your eyes are … ocean My love is … the sky As hard as As hot as As sweet as As wide as As bright as As red as As endless as As cold as As deep as As hot as