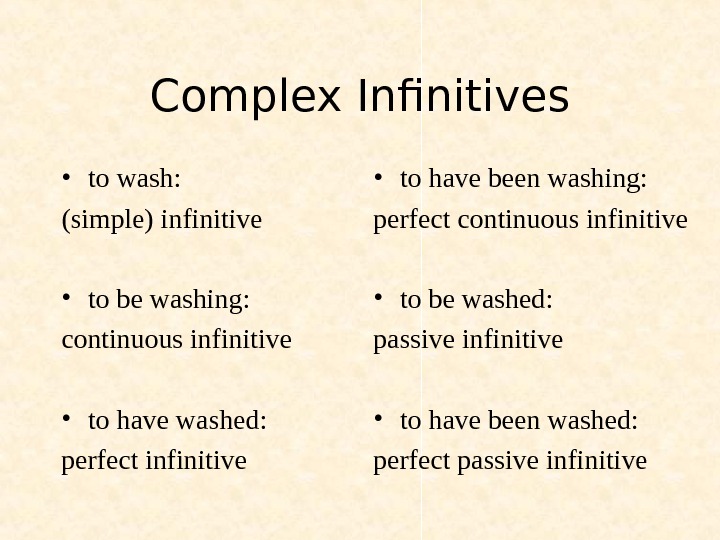 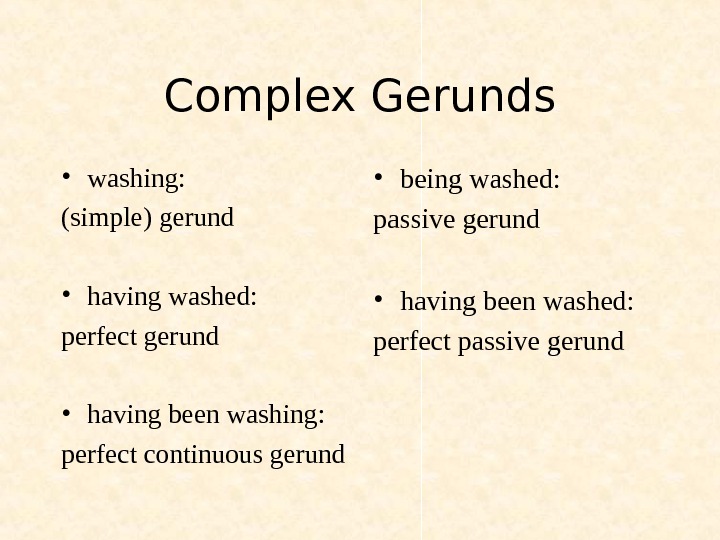 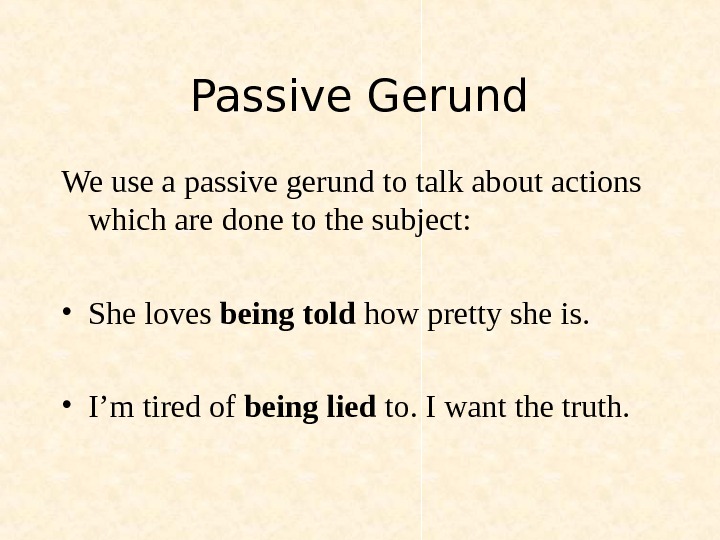 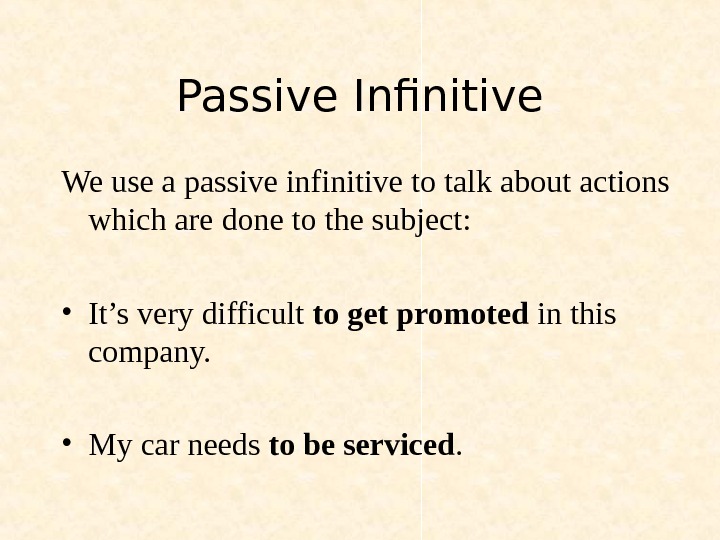 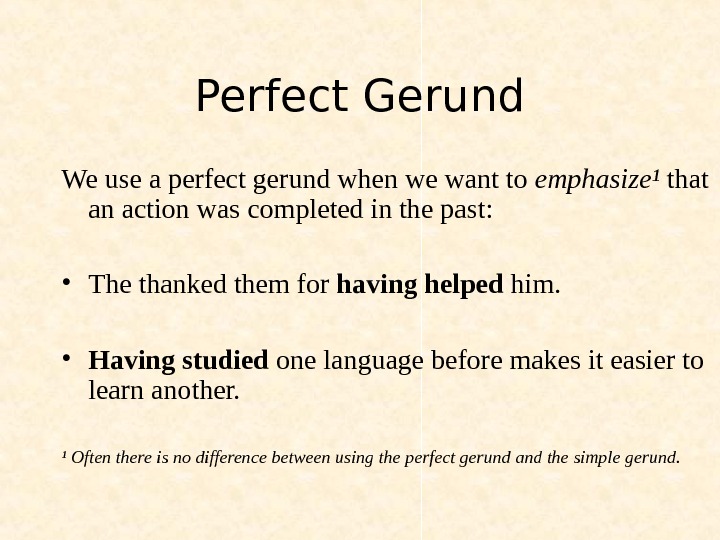 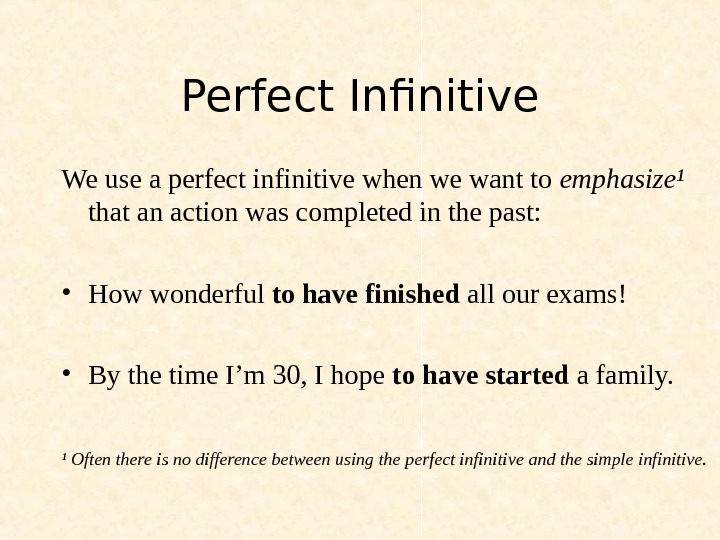 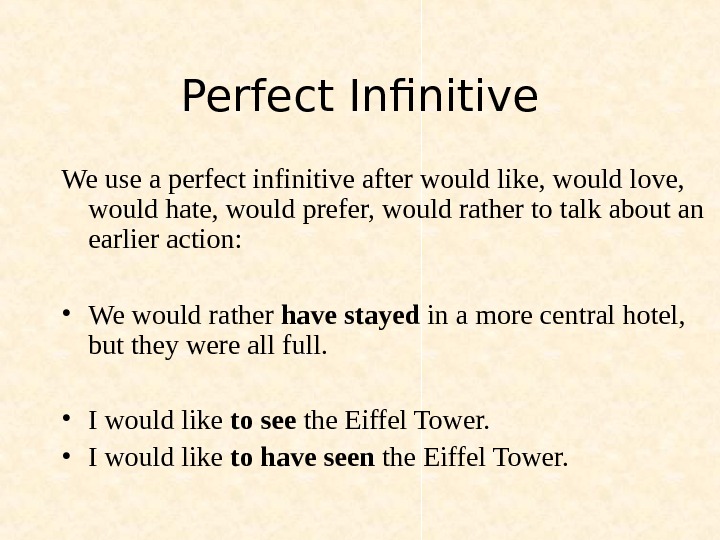 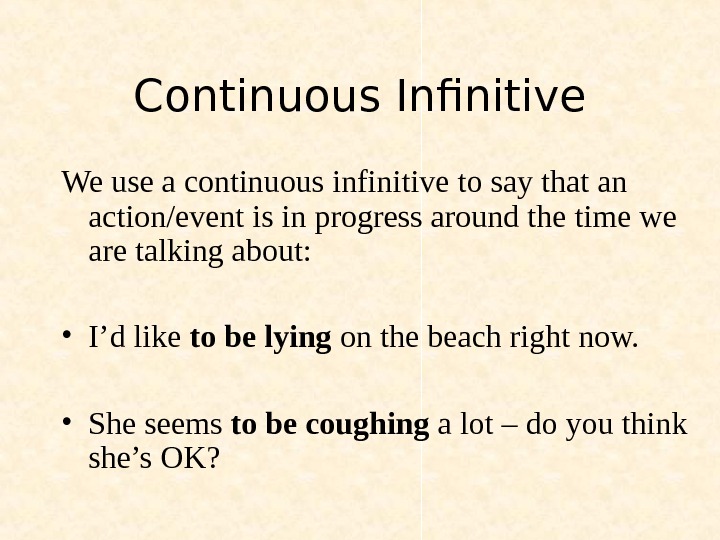 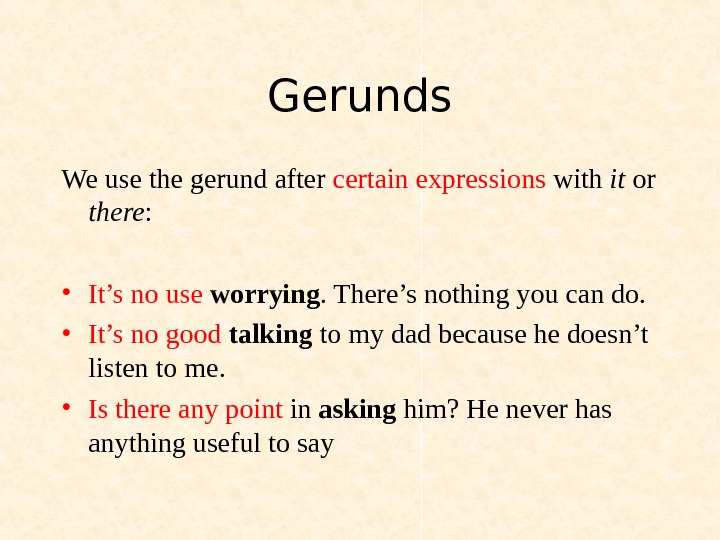 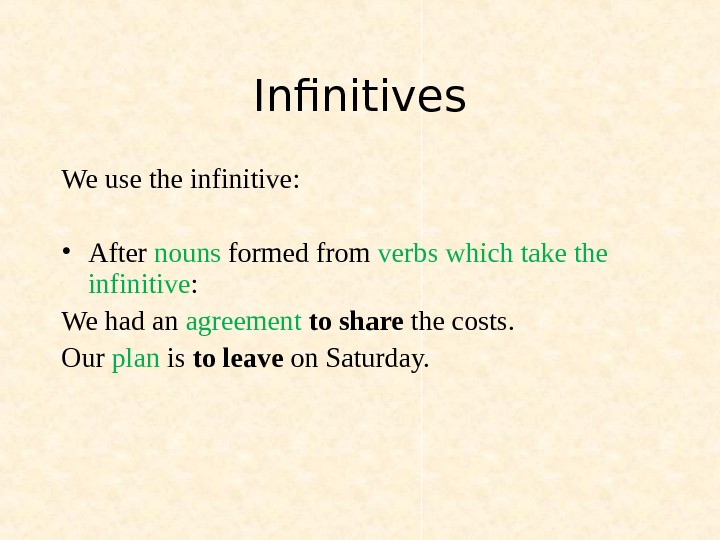 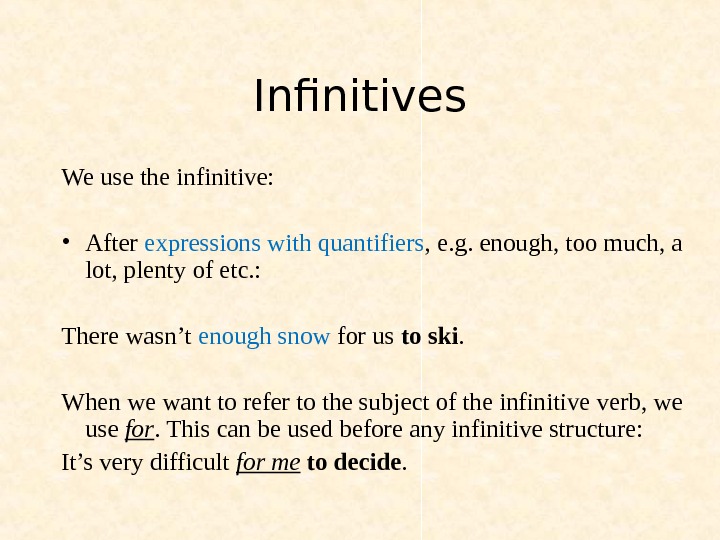 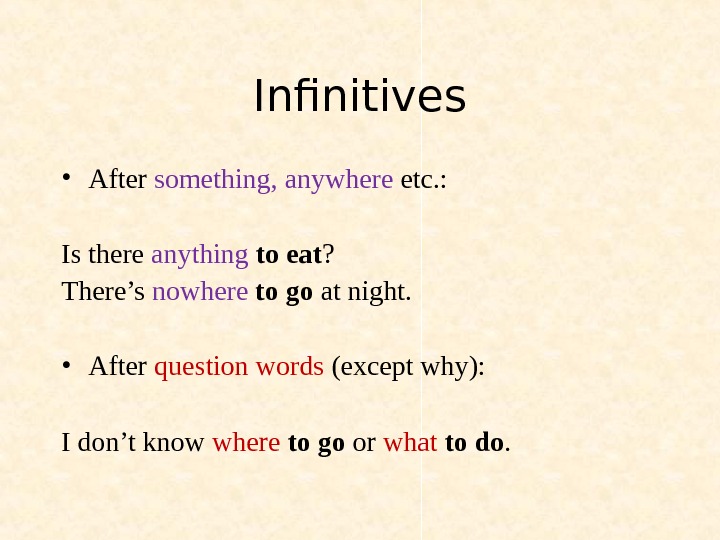 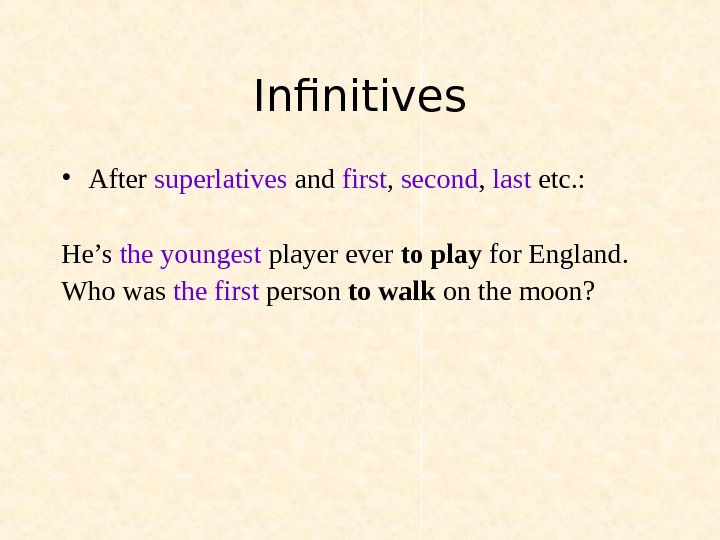 Passive Gerund We use a passive gerund to talk about actions which are done to the subject: • She loves being told how pretty she is. • I’m tired of being lied to. I want the truth.

Passive Infinitive We use a passive infinitive to talk about actions which are done to the subject: • It’s very difficult to get promoted in this company. • My car needs to be serviced.

Perfect Gerund We use a perfect gerund when we want to emphasize¹ that an action was completed in the past: • The thanked them for having helped him. • Having studied one language before makes it easier to learn another. ¹ Often there is no difference between using the perfect gerund and the simple gerund.

Perfect Infinitive We use a perfect infinitive when we want to emphasize¹ that an action was completed in the past: • How wonderful to have finished all our exams! • By the time I’m 30, I hope to have started a family. ¹ Often there is no difference between using the perfect infinitive and the simple infinitive.

Continuous Infinitive We use a continuous infinitive to say that an action/event is in progress around the time we are talking about: • I’d like to be lying on the beach right now. • She seems to be coughing a lot – do you think she’s OK?

Gerunds We use the gerund after certain expressions with it or there : • It’s no use worrying. There’s nothing you can do. • It’s no good talking to my dad because he doesn’t listen to me. • Is there any point in asking him? He never has anything useful to say

Infinitives We use the infinitive: • After nouns formed from verbs which take the infinitive : We had an agreement to share the costs. Our plan is to leave on Saturday.

Infinitives We use the infinitive: • After expressions with quantifiers , e. g. enough, too much, a lot, plenty of etc. : There wasn’t enough snow for us to ski. When we want to refer to the subject of the infinitive verb, we use for. This can be used before any infinitive structure: It’s very difficult for me to decide.

Infinitives • After something, anywhere etc. : Is there anything to eat ? There’s nowhere to go at night. • After question words (except why): I don’t know where to go or what to do.

Infinitives • After superlatives and first , second , last etc. : He’s the youngest player ever to play for England. Who was the first person to walk on the moon?