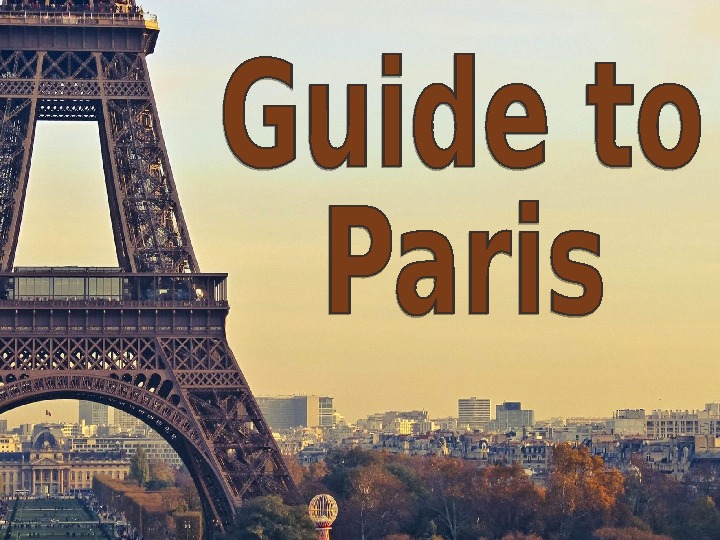 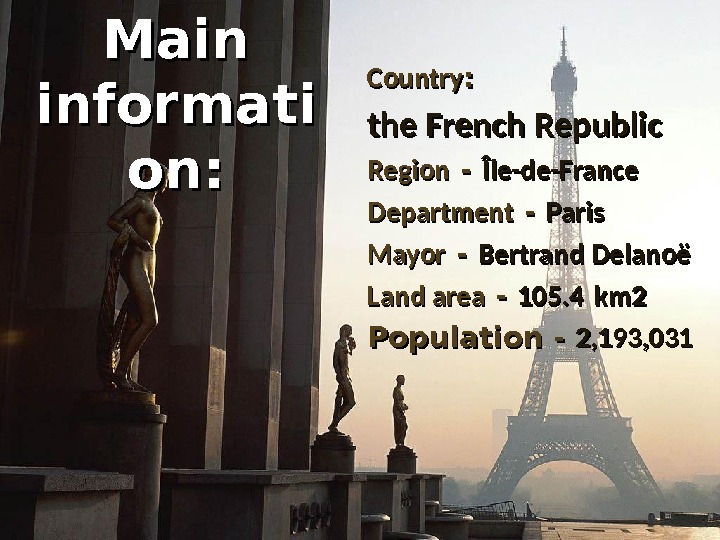 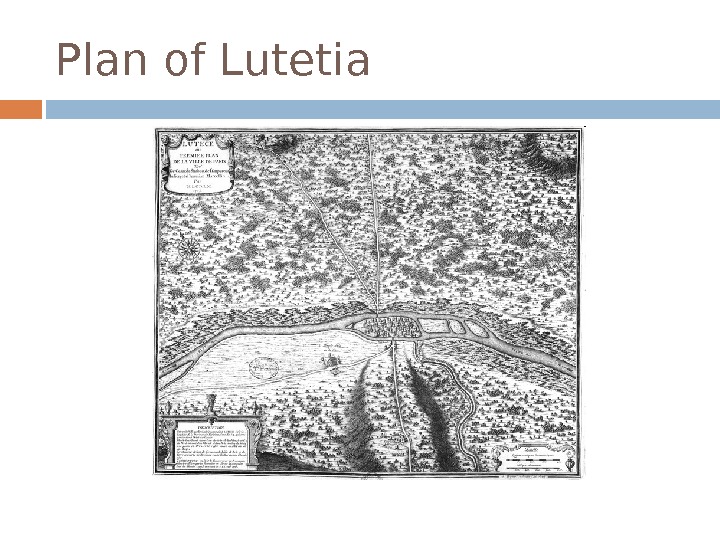 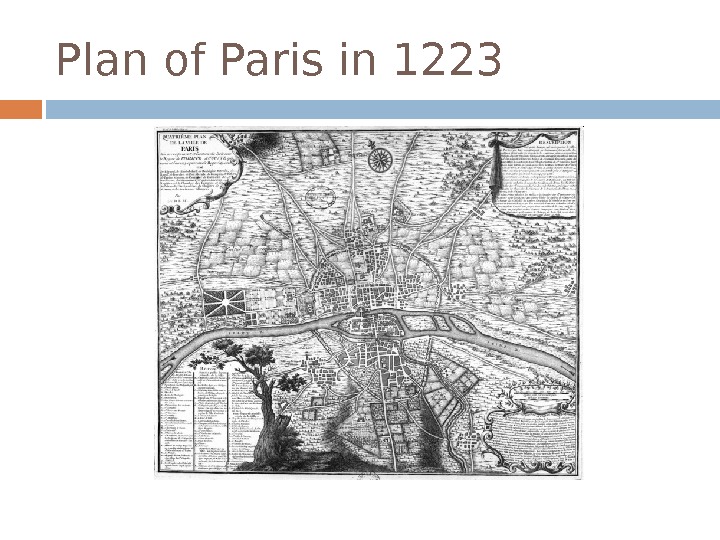 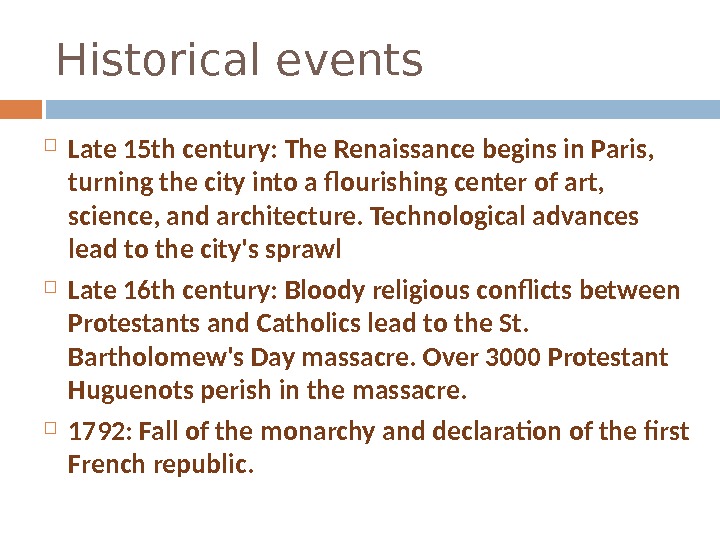 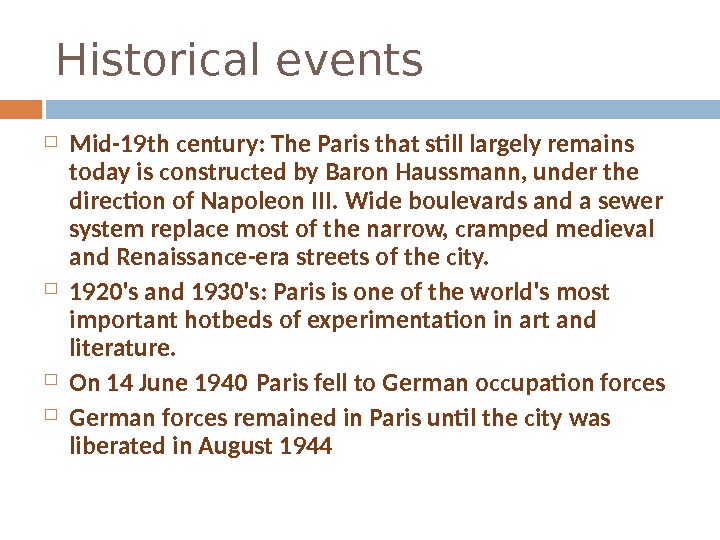 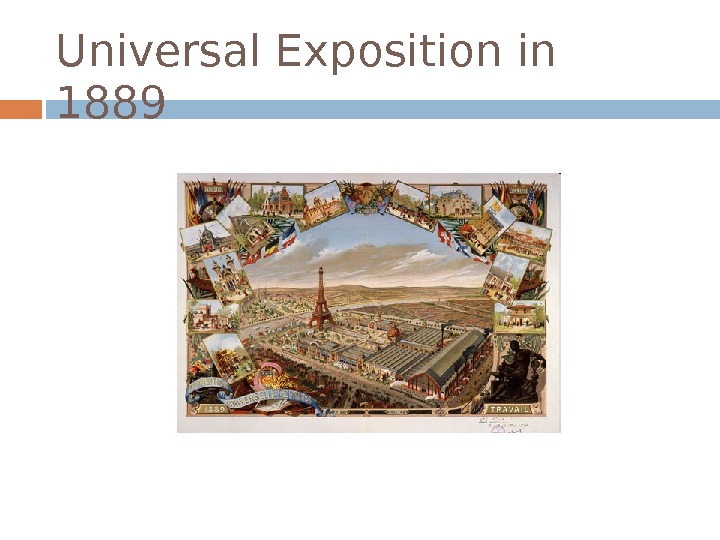 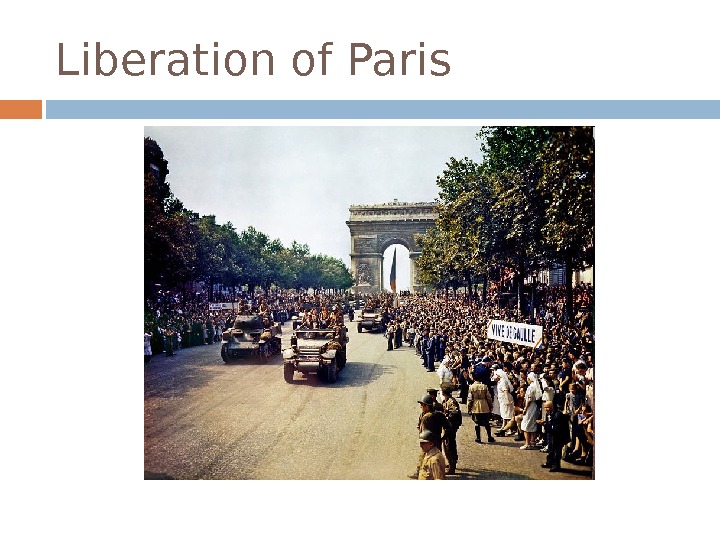 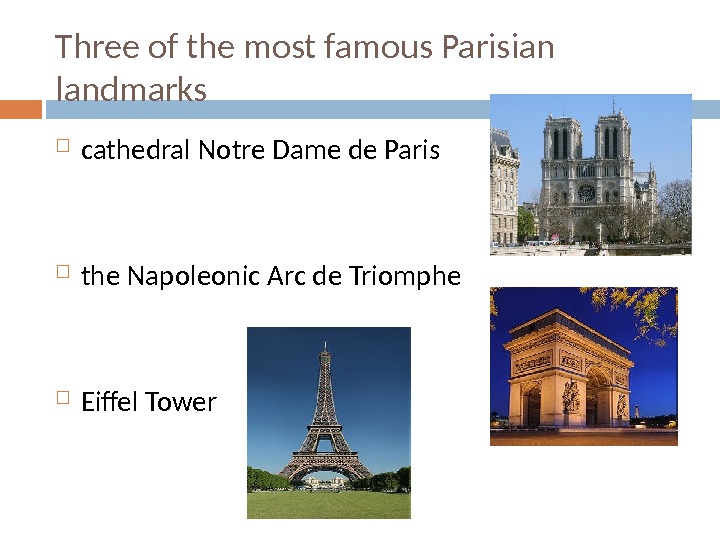 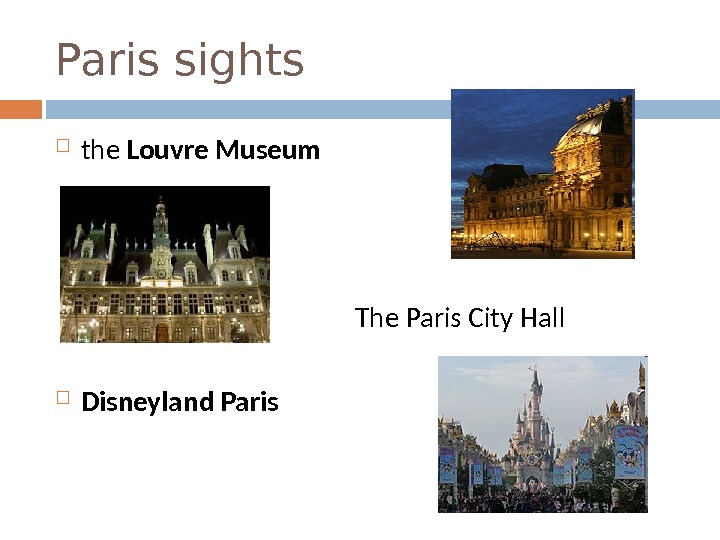 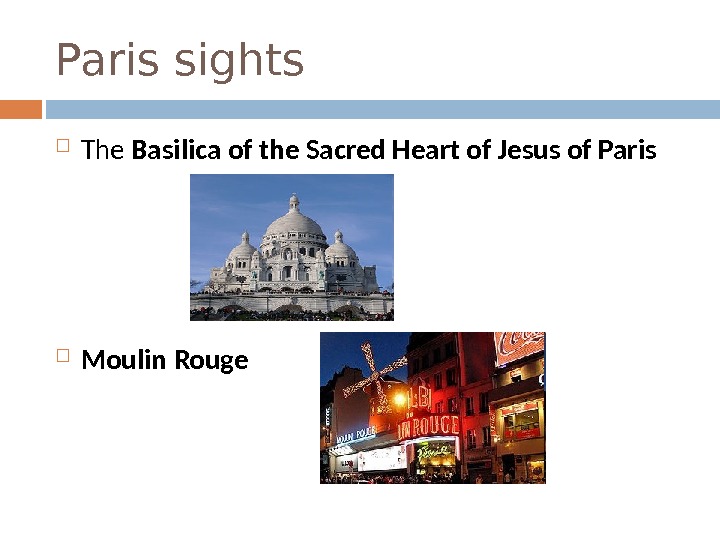 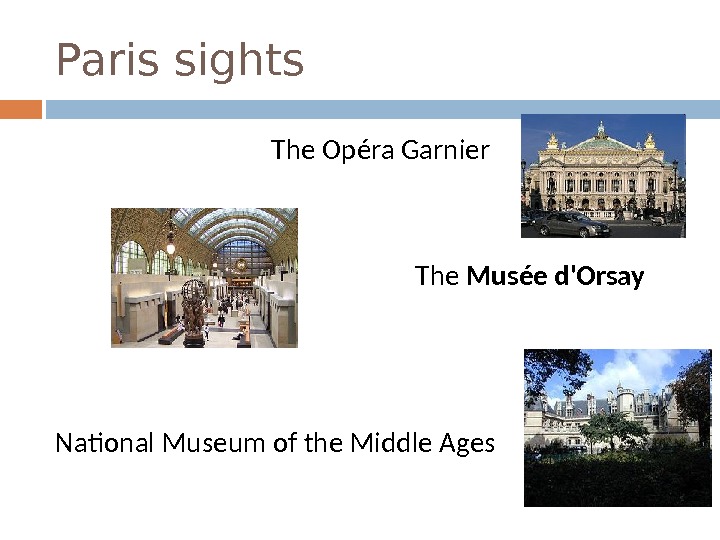 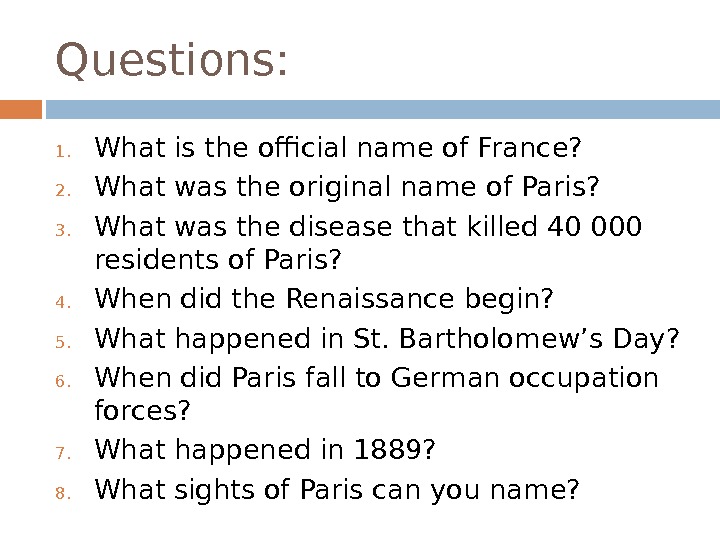 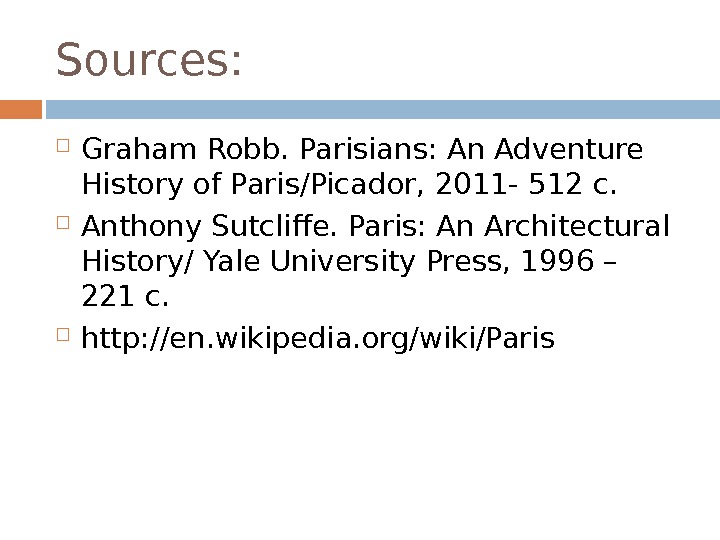 Historical events The original name of Paris was Lutetia The city reclaimed its original appellation of «Paris» towards the end of the Roman occupation The Frankish king Clovis the Frank, the first king of the Merovingian dynasty made the city his capital from 508. Paris’s population was around 200, 000 when the Black Death arrived in 1348, killing as many as 800 people a day, and 40, 000 died from the plague, in

Plan of Paris in

Historical events Late 15 th century: The Renaissance begins in Paris, turning the city into a flourishing center of art, science, and architecture. Technological advances lead to the city’s sprawl Late 16 th century: Bloody religious conflicts between Protestants and Catholics lead to the St. Bartholomew’s Day massacre. Over 3000 Protestant Huguenots perish in the massacre. 1792: Fall of the monarchy and declaration of the first French republic.

Mid-19 th century: The Paris that still largely remains today is constructed by Baron Haussmann, under the direction of Napoleon III. Wide boulevards and a sewer system replace most of the narrow, cramped medieval and Renaissance-era streets of the city. 1920’s and 1930’s: Paris is one of the world’s most important hotbeds of experimentation in art and literature. On 14 June 1940 Paris fell to German occupation forces German forces remained in Paris until the city was liberated in August 1944 Historical events