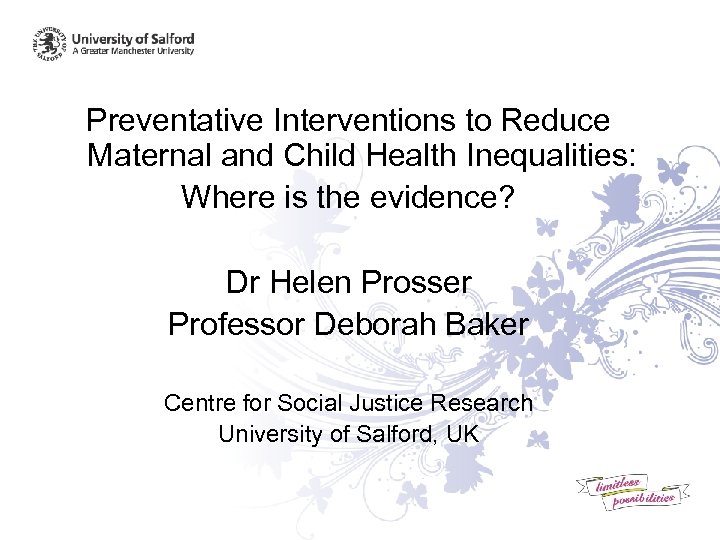 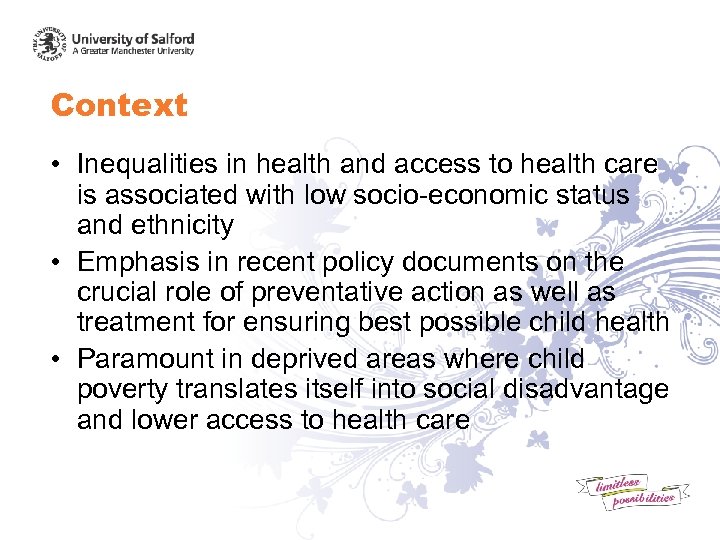 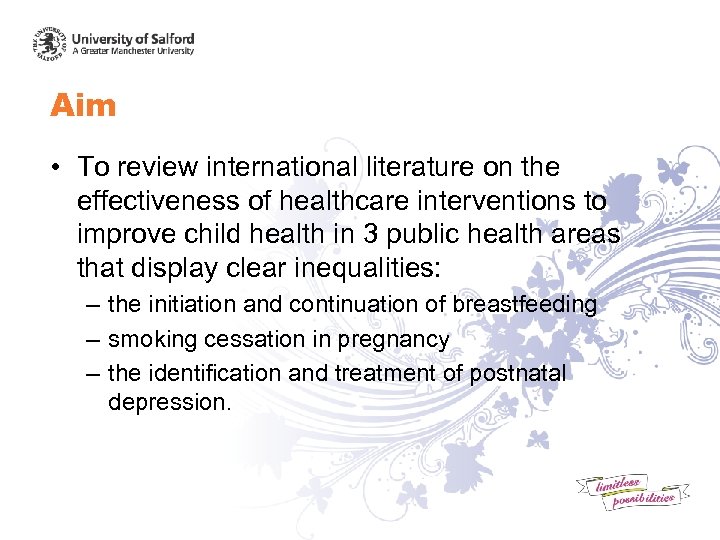 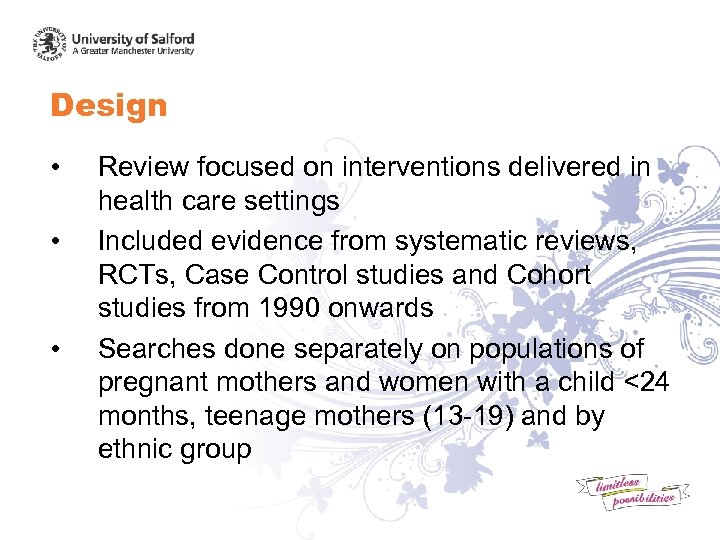 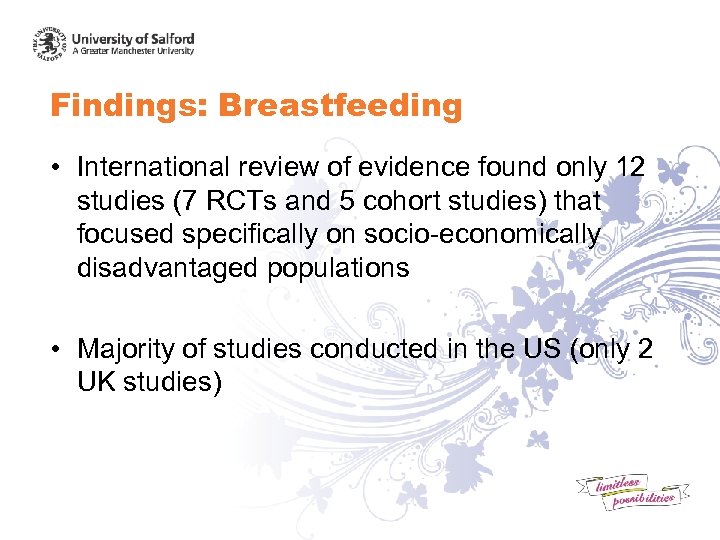 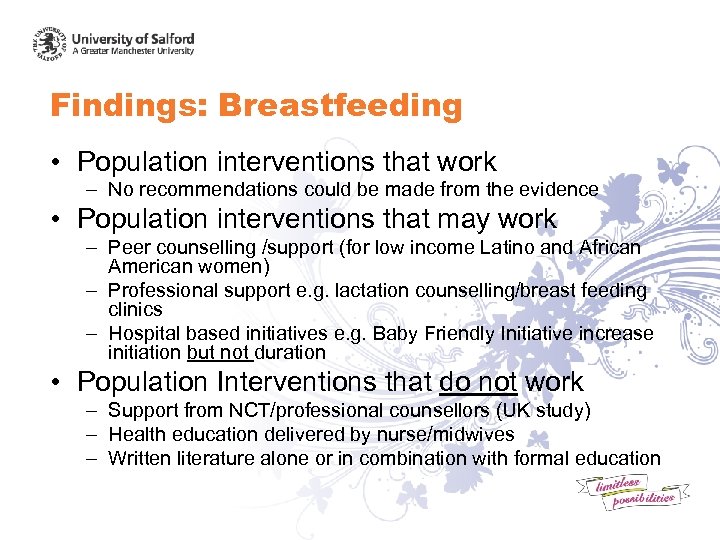 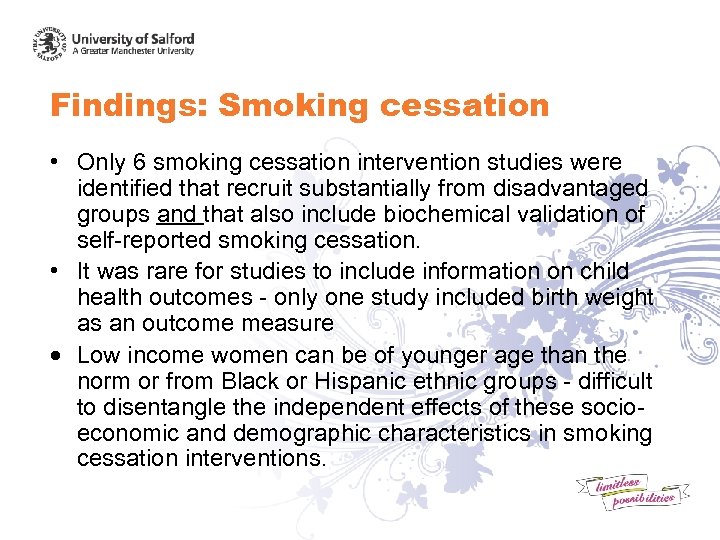 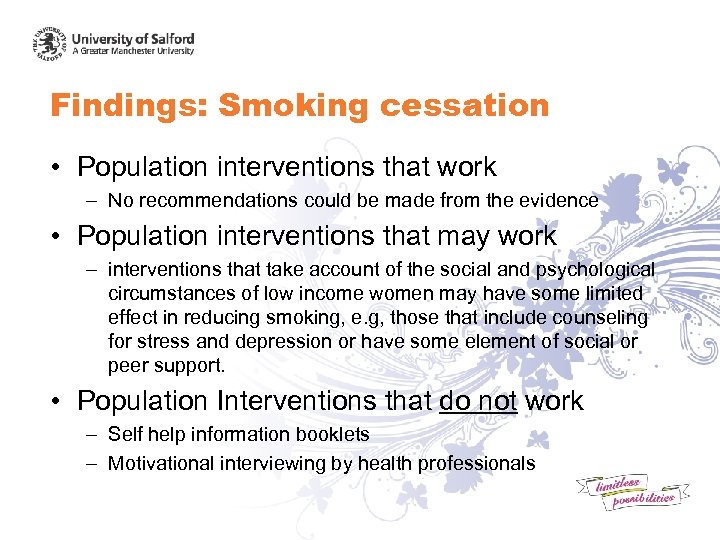 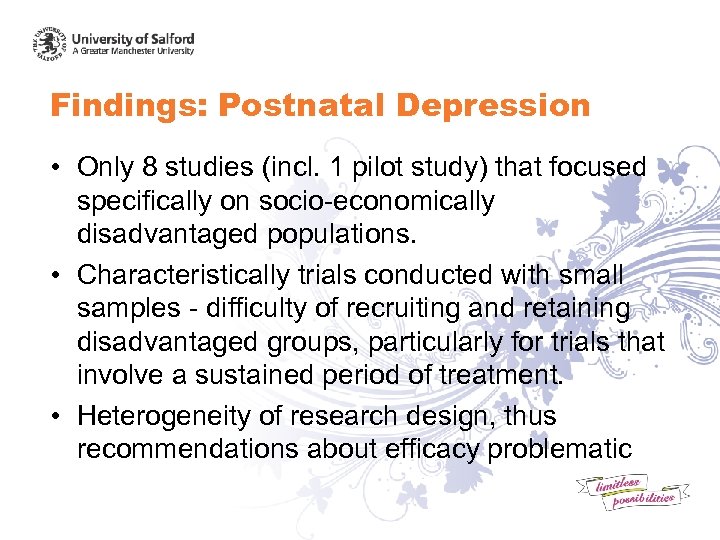 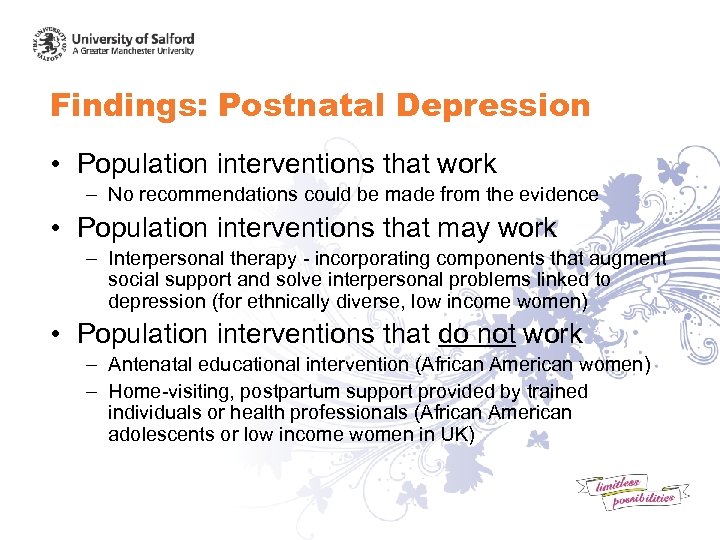 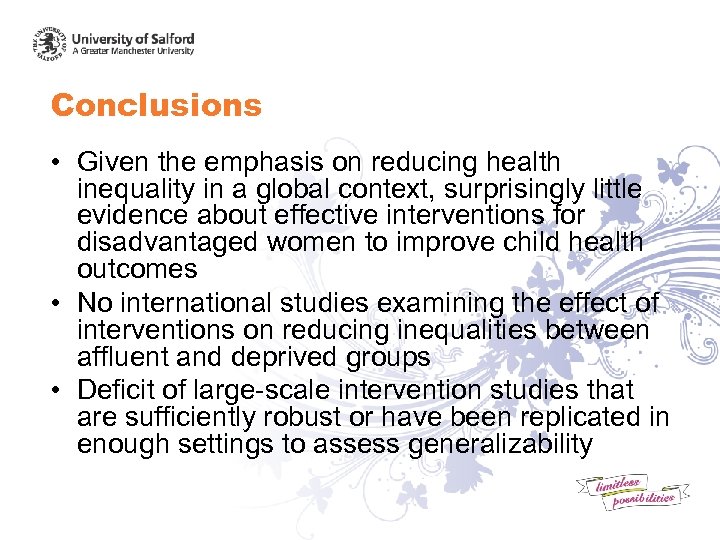 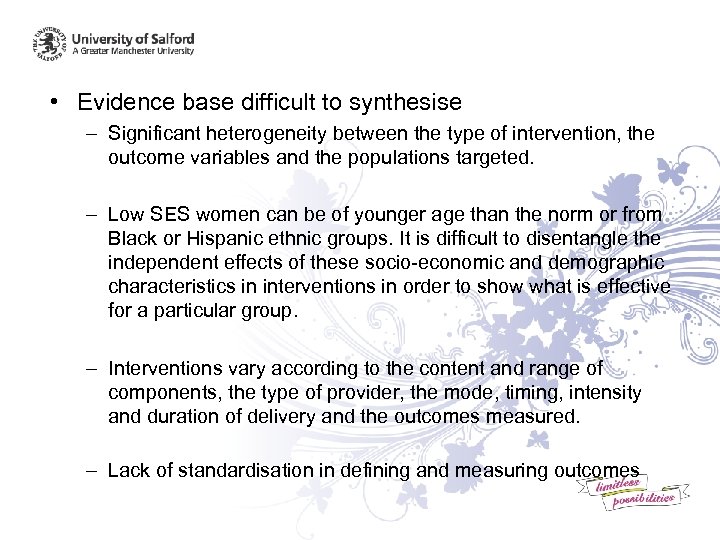 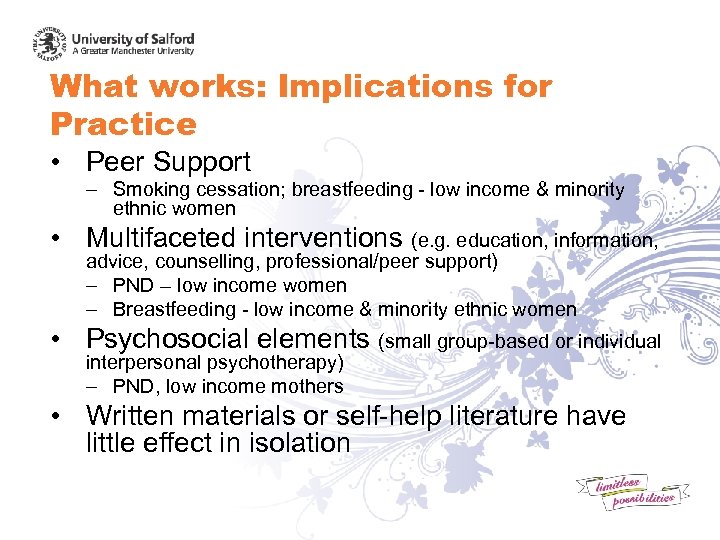 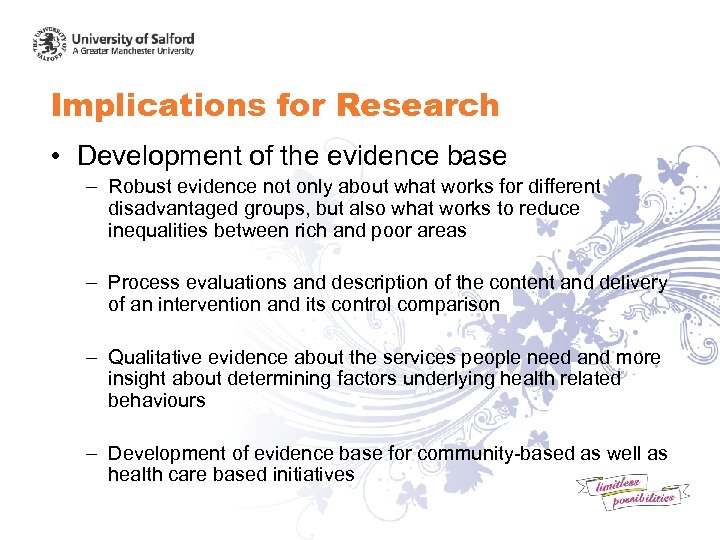 Aim • To review international literature on the effectiveness of healthcare interventions to improve child health in 3 public health areas that display clear inequalities: – the initiation and continuation of breastfeeding – smoking cessation in pregnancy – the identification and treatment of postnatal depression.

Findings: Breastfeeding • International review of evidence found only 12 studies (7 RCTs and 5 cohort studies) that focused specifically on socio-economically disadvantaged populations • Majority of studies conducted in the US (only 2 UK studies)

Conclusions • Given the emphasis on reducing health inequality in a global context, surprisingly little evidence about effective interventions for disadvantaged women to improve child health outcomes • No international studies examining the effect of interventions on reducing inequalities between affluent and deprived groups • Deficit of large-scale intervention studies that are sufficiently robust or have been replicated in enough settings to assess generalizability

• Evidence base difficult to synthesise – Significant heterogeneity between the type of intervention, the outcome variables and the populations targeted. – Low SES women can be of younger age than the norm or from Black or Hispanic ethnic groups. It is difficult to disentangle the independent effects of these socio-economic and demographic characteristics in interventions in order to show what is effective for a particular group. – Interventions vary according to the content and range of components, the type of provider, the mode, timing, intensity and duration of delivery and the outcomes measured. – Lack of standardisation in defining and measuring outcomes

Implications for Research • Development of the evidence base – Robust evidence not only about what works for different disadvantaged groups, but also what works to reduce inequalities between rich and poor areas – Process evaluations and description of the content and delivery of an intervention and its control comparison – Qualitative evidence about the services people need and more insight about determining factors underlying health related behaviours – Development of evidence base for community-based as well as health care based initiatives