PRESENTATION OF THE CADET OF GROUP PB 14 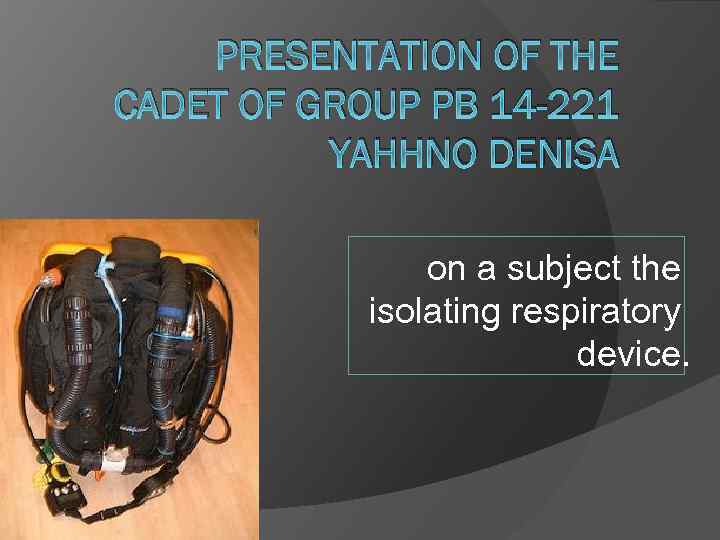 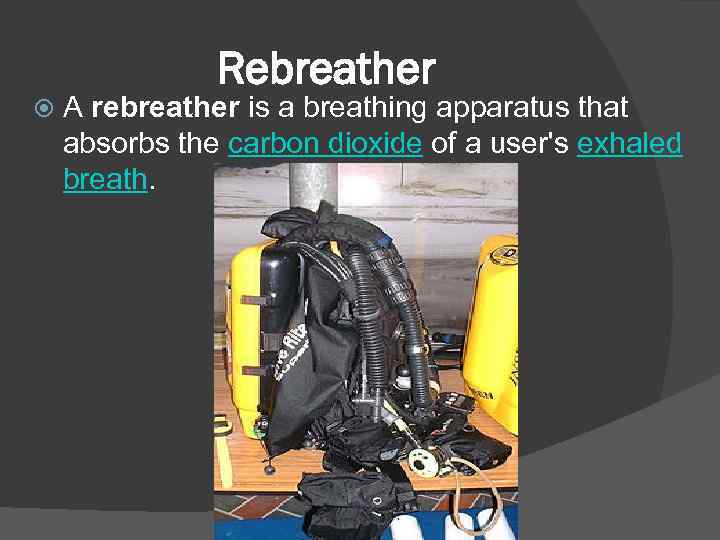 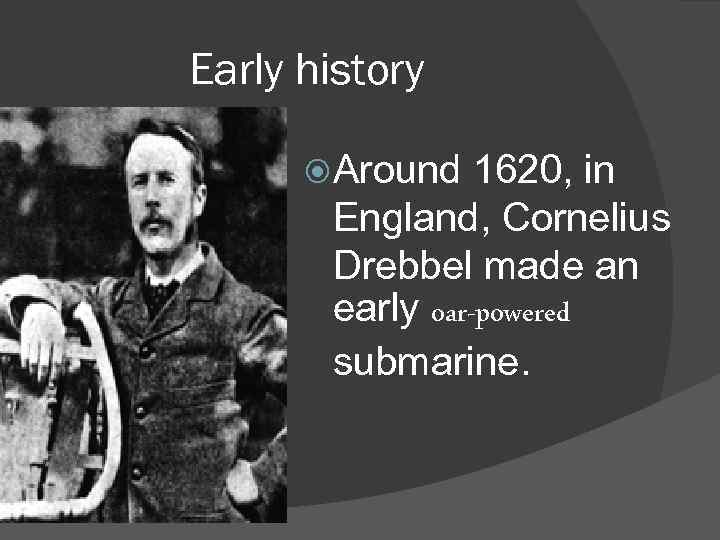 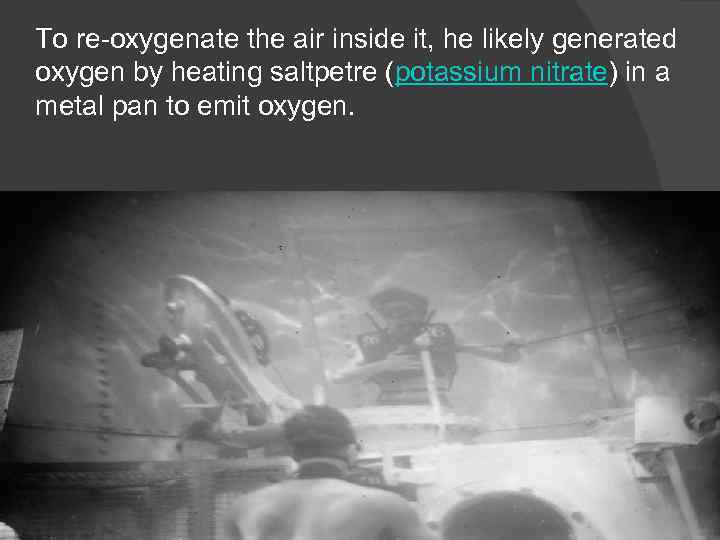 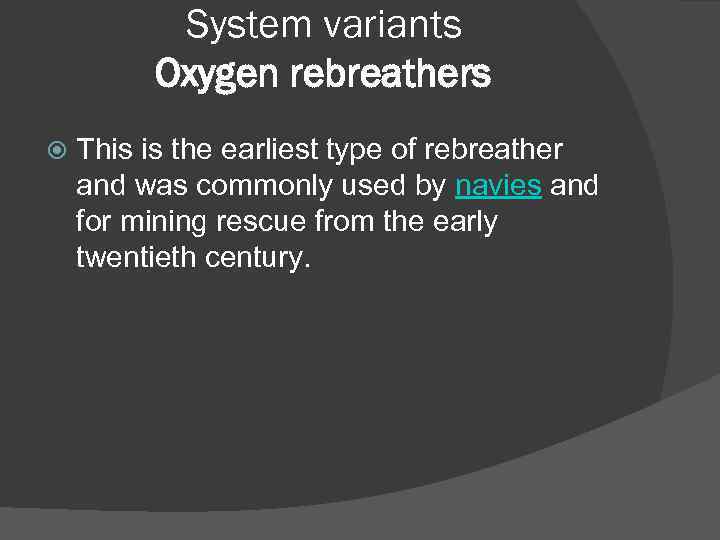 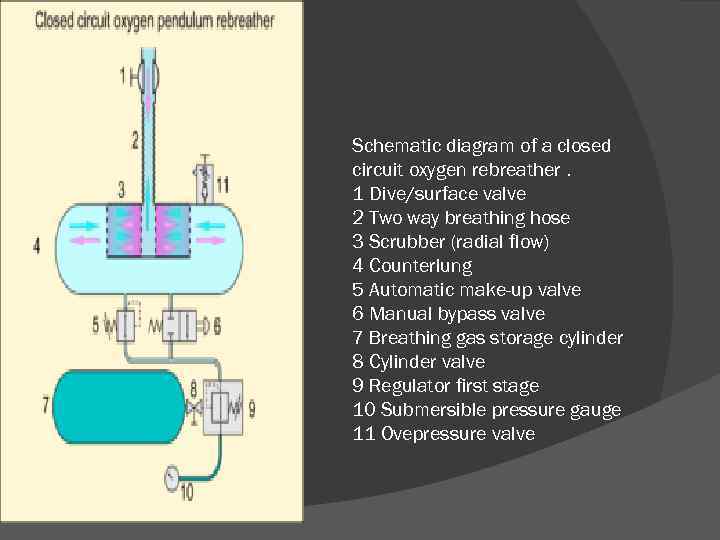 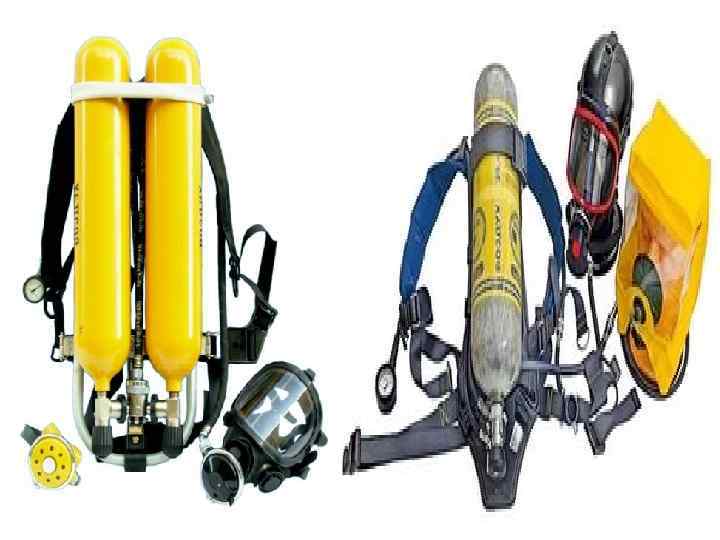 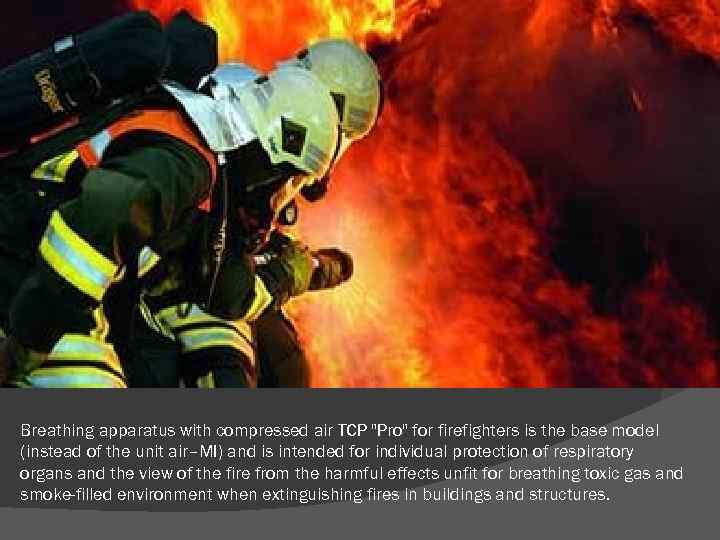 Скачать презентацию PRESENTATION OF THE CADET OF GROUP PB 14

Presentation of the cadet of group pb 14-221.pptx

PRESENTATION OF THE CADET OF GROUP PB 14 -221 YAHHNO DENISA on a subject the isolating respiratory device.

Rebreather A rebreather is a breathing apparatus that absorbs the carbon dioxide of a user's exhaled breath.

Early history Around 1620, in England, Cornelius Drebbel made an early oar-powered submarine.

To re-oxygenate the air inside it, he likely generated oxygen by heating saltpetre (potassium nitrate) in a metal pan to emit oxygen.

System variants Oxygen rebreathers This is the earliest type of rebreather and was commonly used by navies and for mining rescue from the early twentieth century.

Breathing apparatus with compressed air TCP "Pro" for firefighters is the base model (instead of the unit air–MI) and is intended for individual protection of respiratory organs and the view of the fire from the harmful effects unfit for breathing toxic gas and smoke-filled environment when extinguishing fires in buildings and structures.