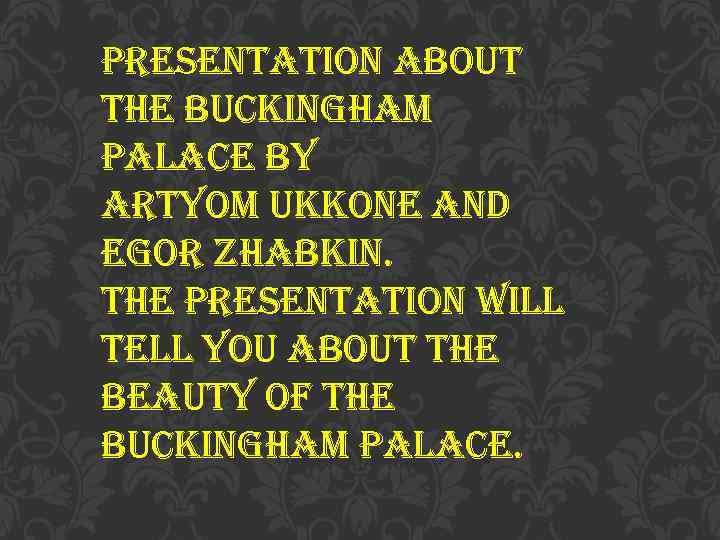 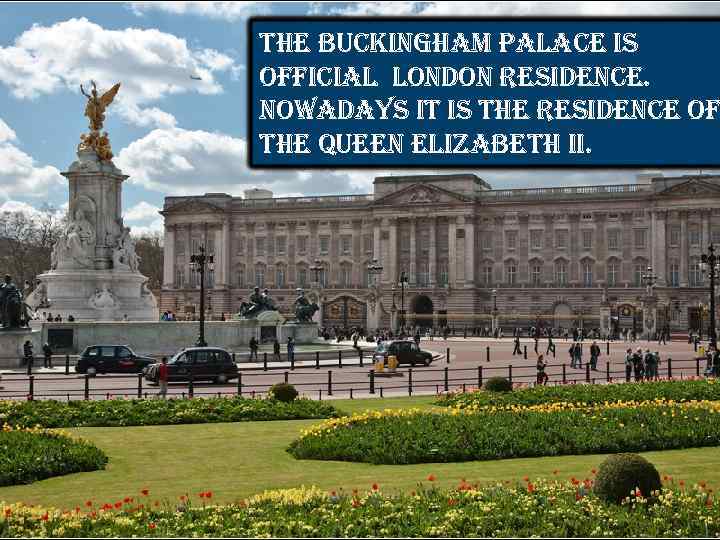 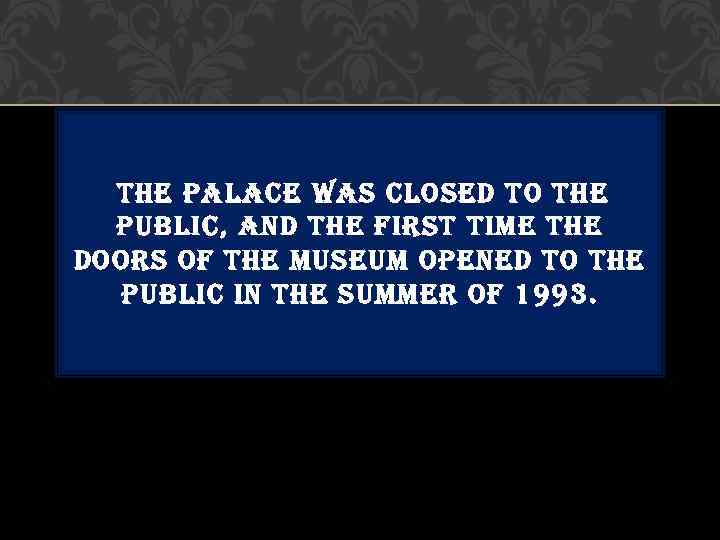 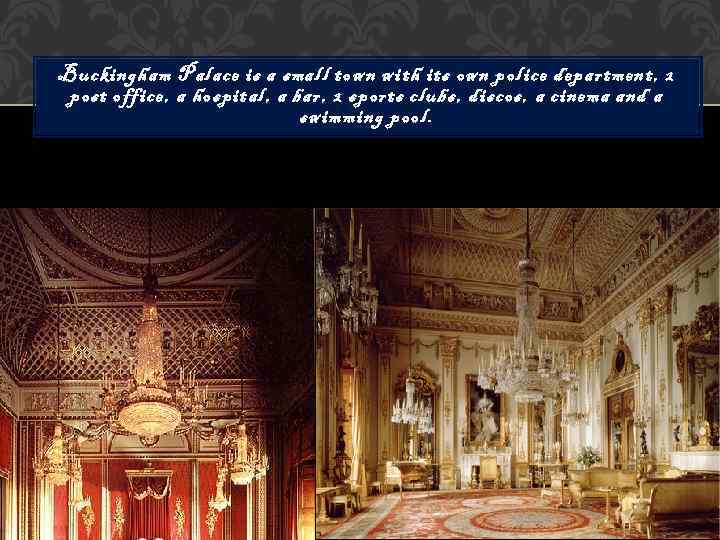 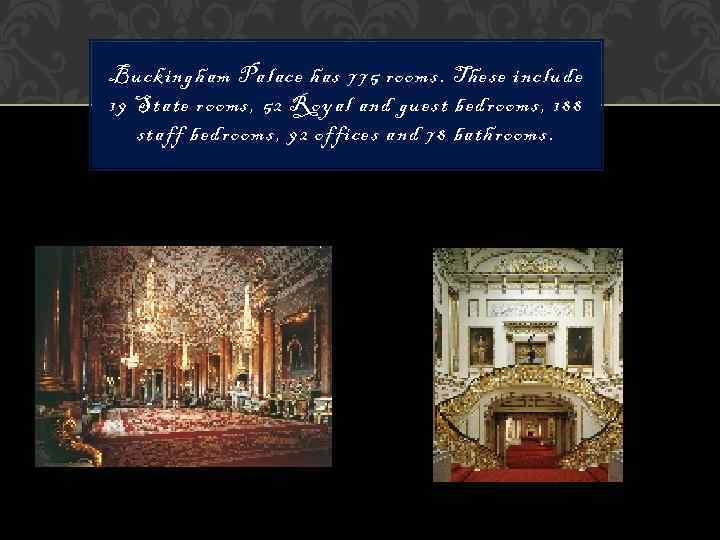 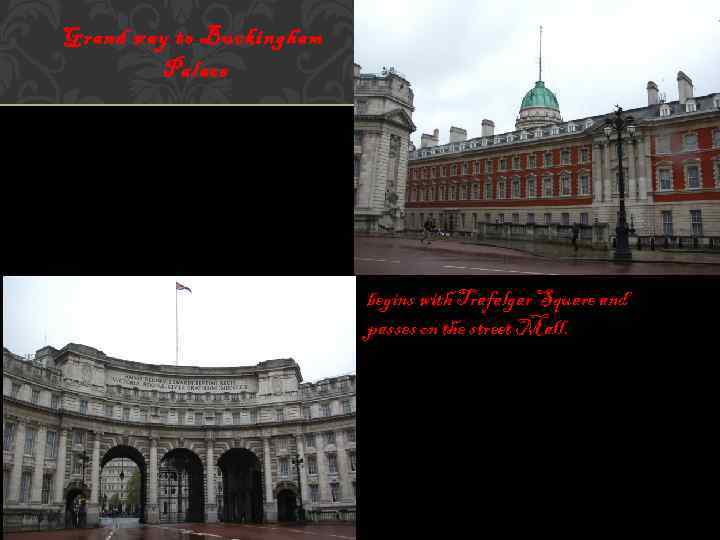 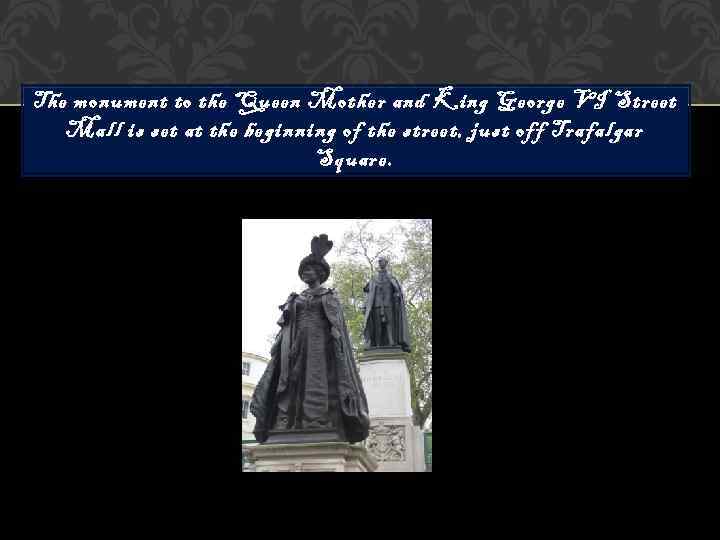 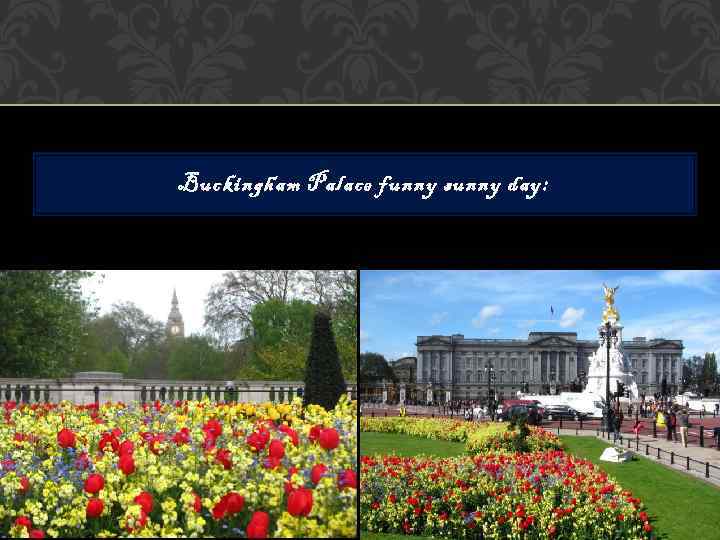 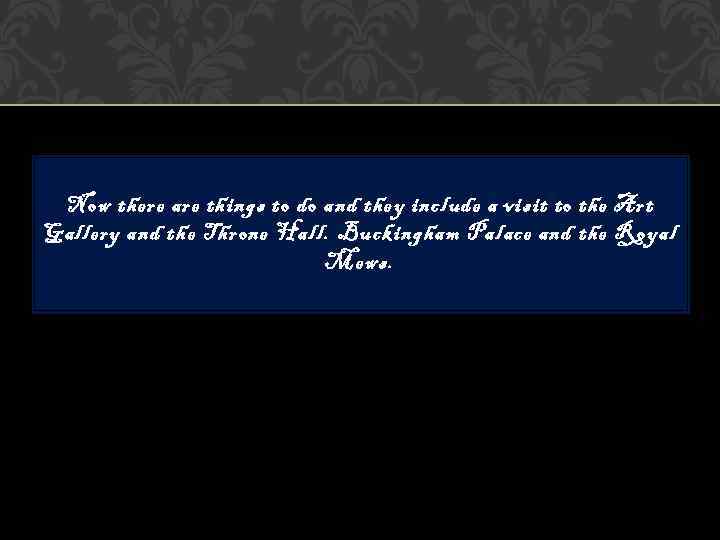 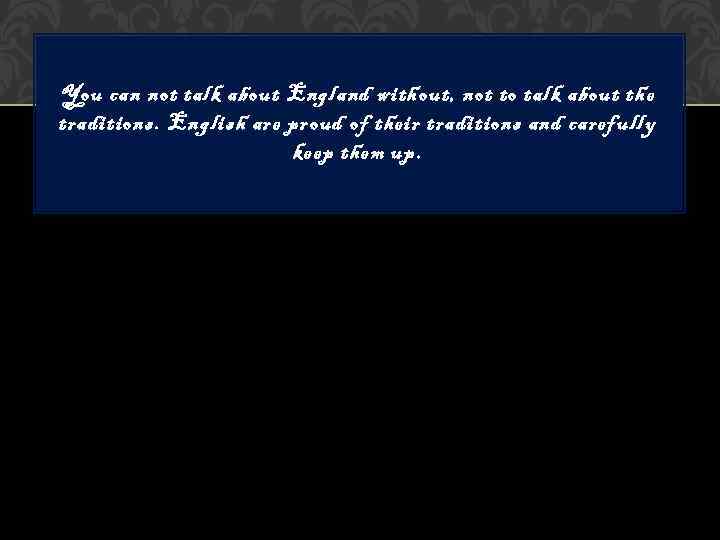 Скачать презентацию presentation about the buckingham palace by artyom ukkone

the buckingham palace is official london residence. nowadays it is the residence of the Queen elizabeth ii.

Buckingham Palace is a small town with its own police department, 2 post office, a hospital, a bar, 2 sports clubs, discos, a cinema and a swimming pool.

Grand way to Buckingham Palace begins with Trafalgar Square and passes on the street Mall.

The monument to the Queen Mother and King George VI Street Mall is set at the beginning of the street, just off Trafalgar Square.

Now there are things to do and they include a visit to the Art Gallery and the Throne Hall. Buckingham Palace and the Royal Mews.

You can not talk about England without, not to talk about the traditions. English are proud of their traditions and carefully keep them up.