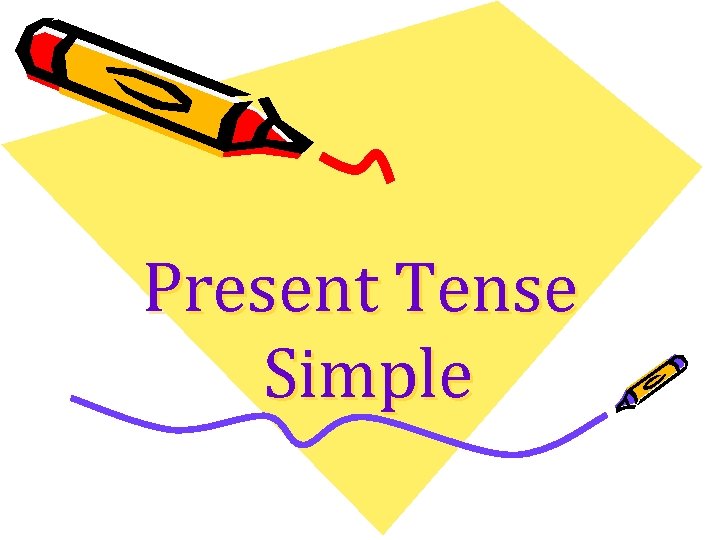 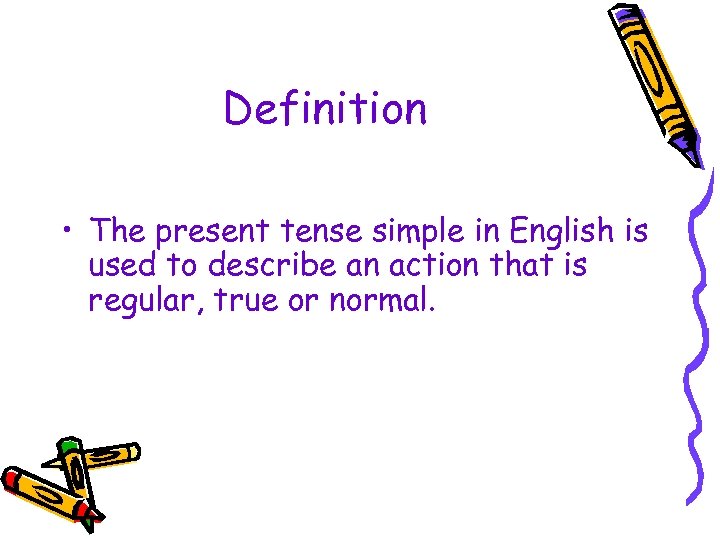 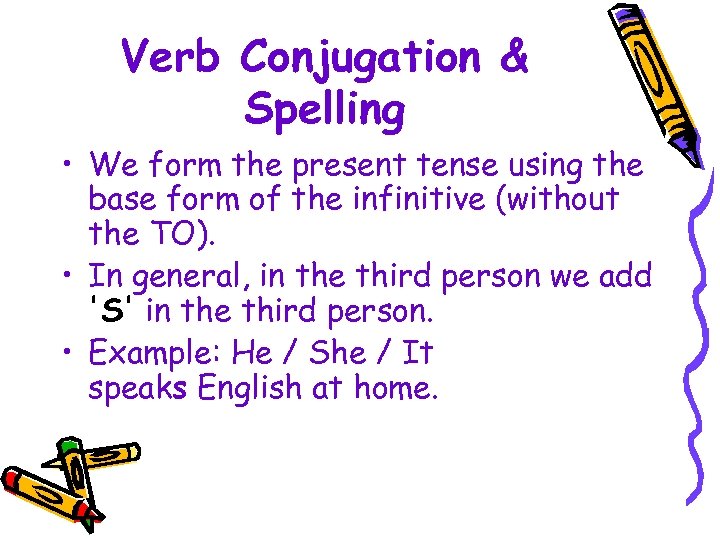 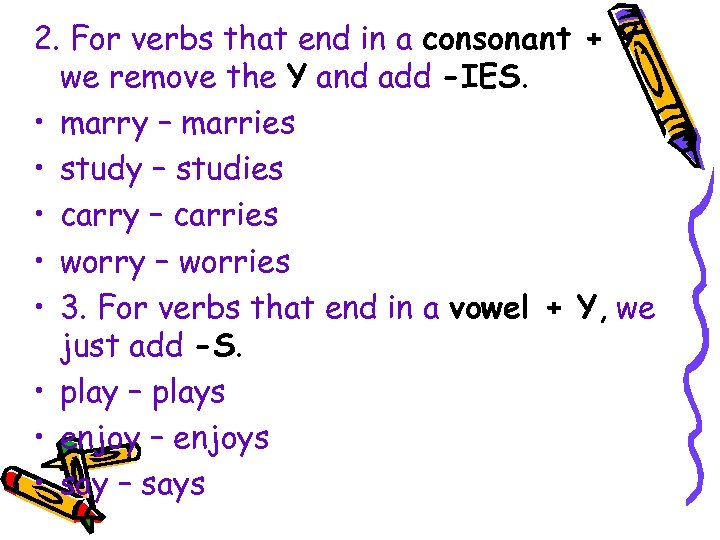 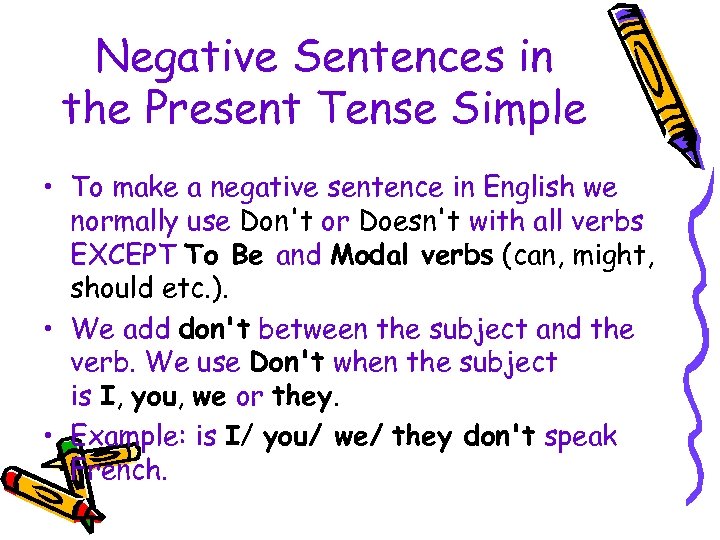 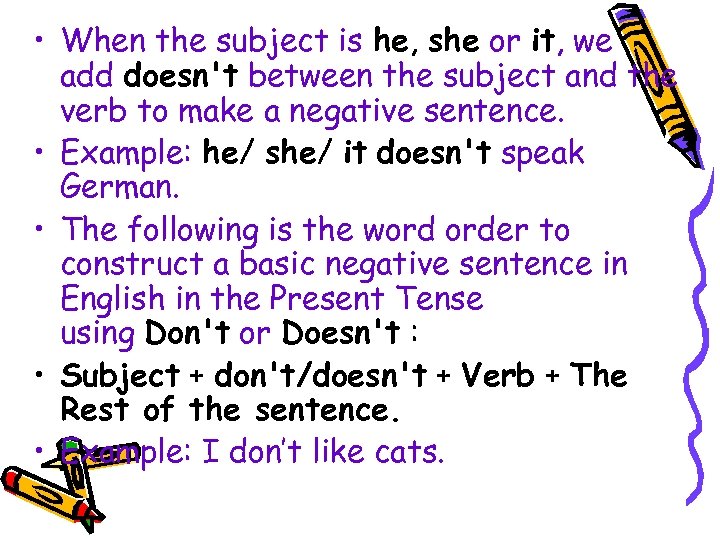 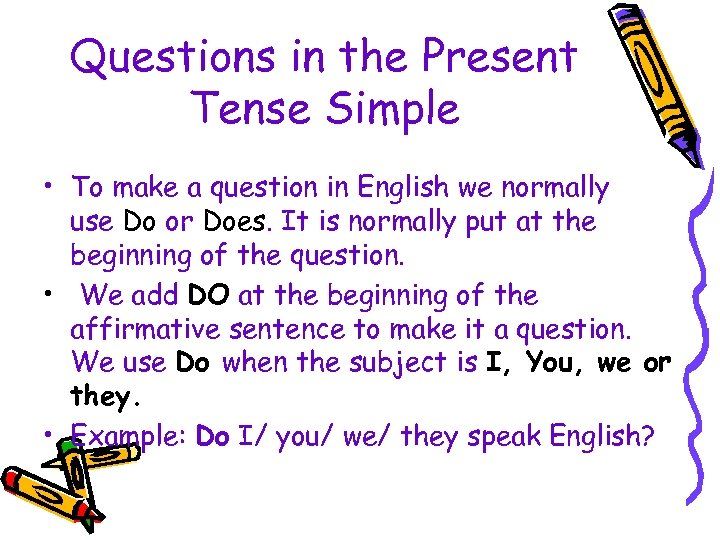 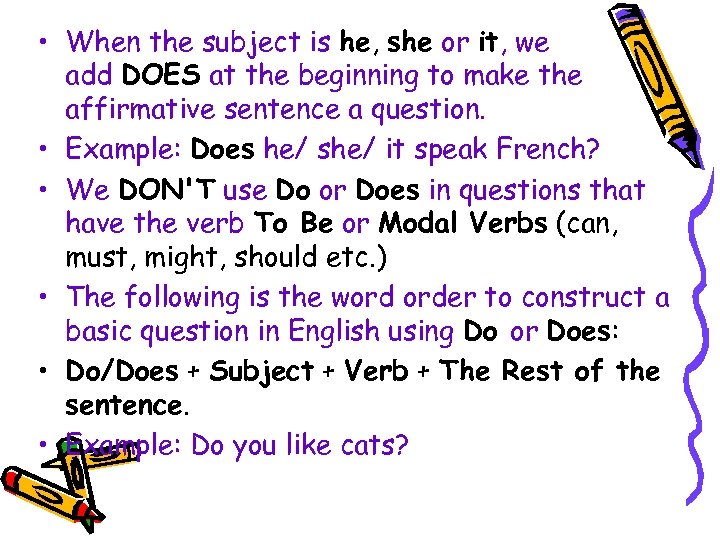 Definition • The present tense simple in English is used to describe an action that is regular, true or normal.

When we use present tense simple? 1. For repeated or regular actions in the present time period. • I take the train to the office. • The train to Berlin leaves every hour. • John sleeps eight hours every night during the week. 2. For facts. • The President of The USA lives in The White House. • A dog has four legs. • We come from Switzerland.

3. For habits. • I get up early every day. • Carol brushes her teeth twice a day. • They travel to their country house every weekend. 4. For things that are always / generally true. • It rains a lot in winter. • The Queen of England lives in Buckingham Palace. • They speak English at work.

Negative Sentences in the Present Tense Simple • To make a negative sentence in English we normally use Don't or Doesn't with all verbs EXCEPT To Be and Modal verbs (can, might, should etc. ). • We add don't between the subject and the verb. We use Don't when the subject is I, you, we or they. • Example: is I/ you/ we/ they don't speak French.

• When the subject is he, she or it, we add doesn't between the subject and the verb to make a negative sentence. • Example: he/ she/ it doesn't speak German. • The following is the word order to construct a basic negative sentence in English in the Present Tense using Don't or Doesn't : • Subject + don't/doesn't + Verb + The Rest of the sentence. • Example: I don’t like cats.

• When the subject is he, she or it, we add DOES at the beginning to make the affirmative sentence a question. • Example: Does he/ she/ it speak French? • We DON'T use Do or Does in questions that have the verb To Be or Modal Verbs (can, must, might, should etc. ) • The following is the word order to construct a basic question in English using Do or Does: • Do/Does + Subject + Verb + The Rest of the sentence. • Example: Do you like cats?