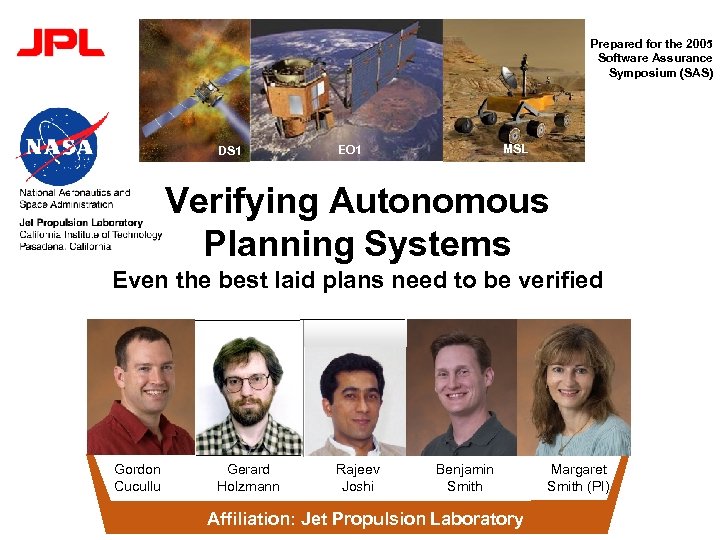 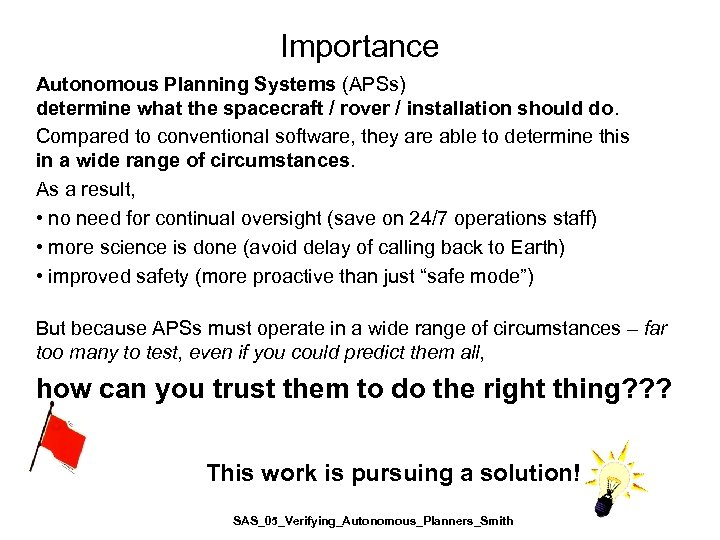 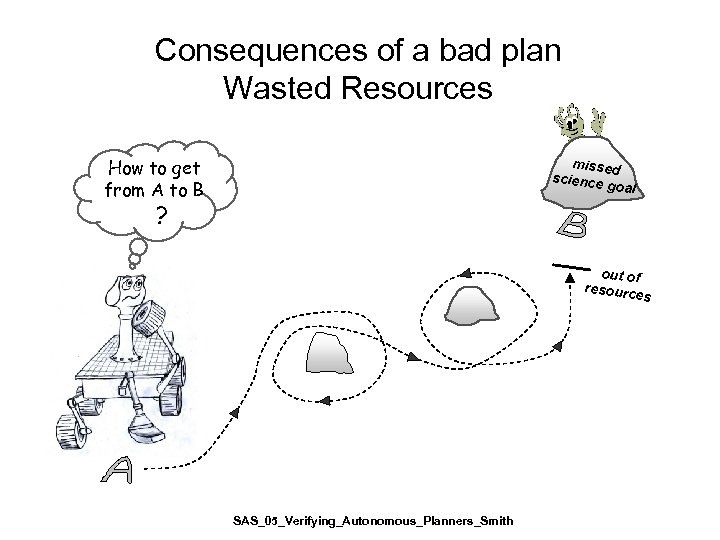 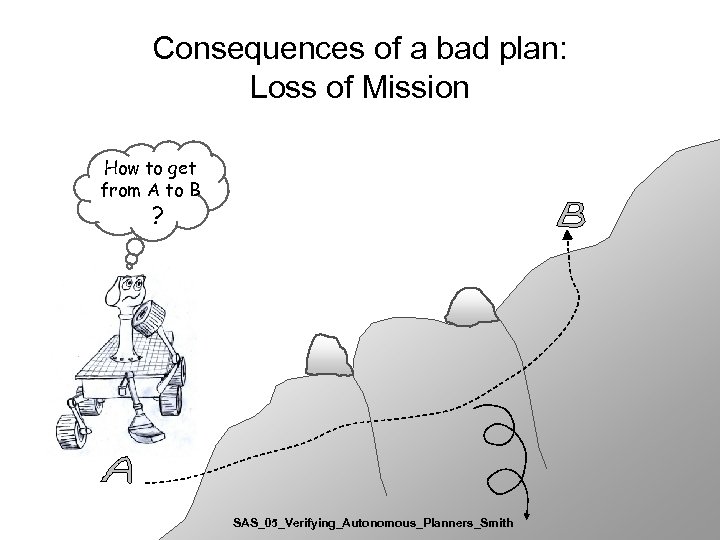 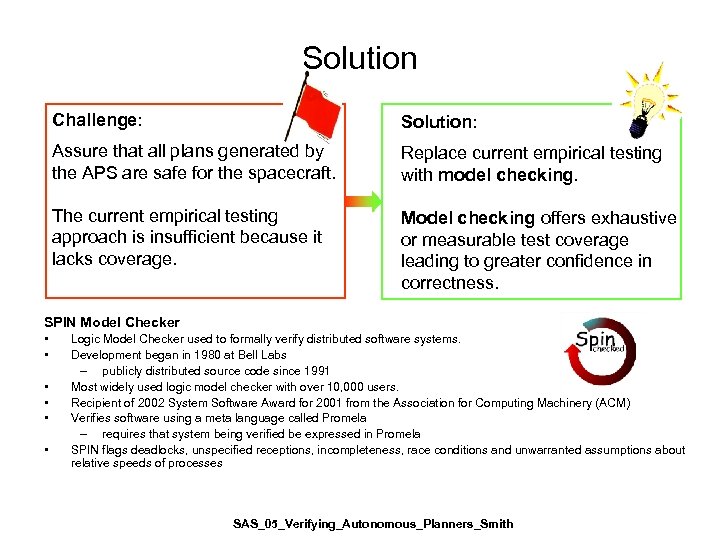 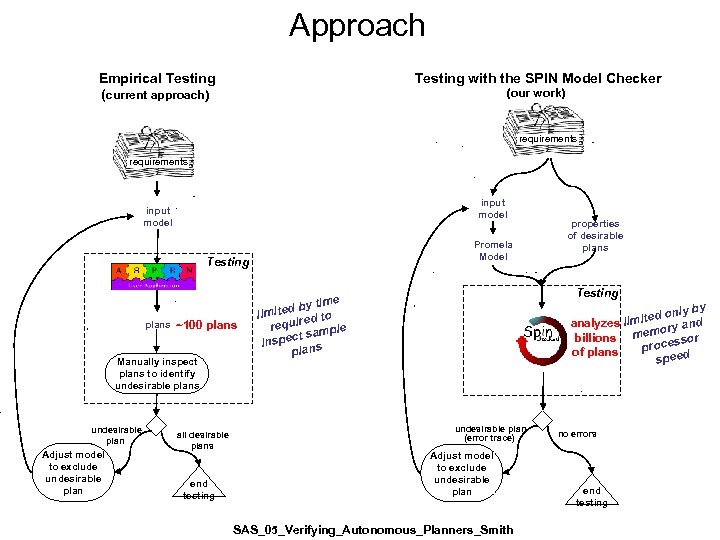 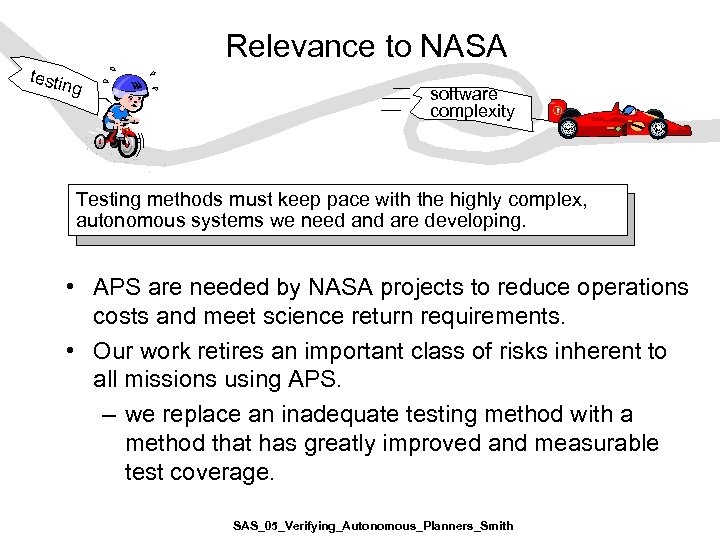 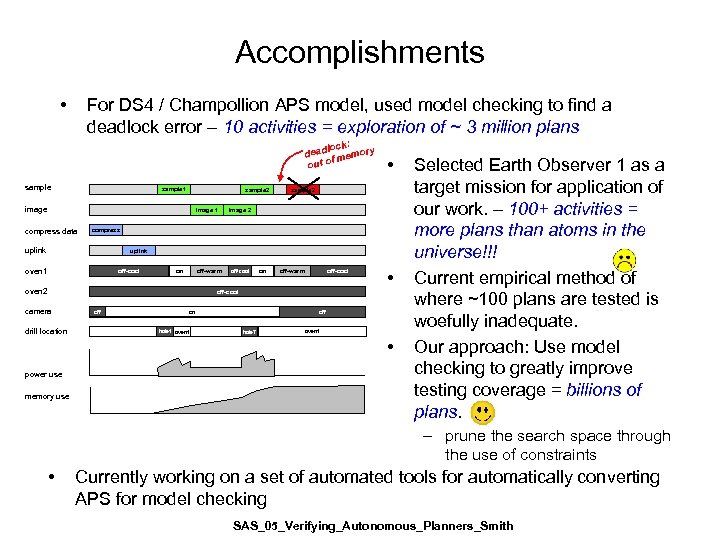 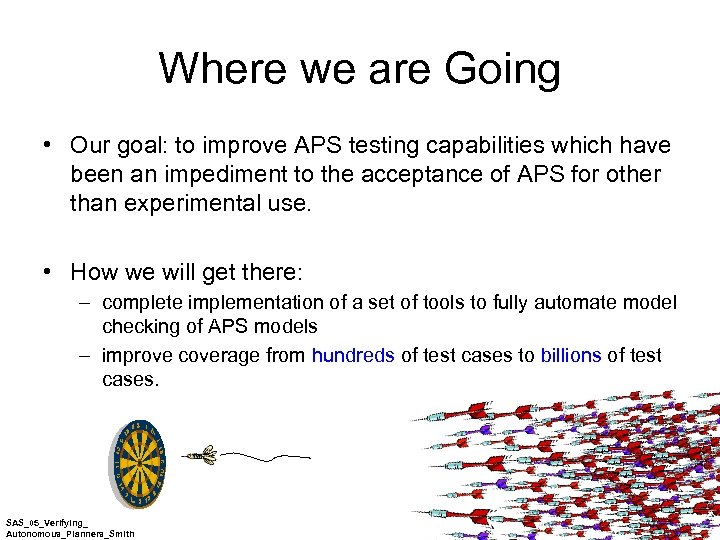 Importance Autonomous Planning Systems (APSs) determine what the spacecraft / rover / installation should do. Compared to conventional software, they are able to determine this in a wide range of circumstances. As a result, • no need for continual oversight (save on 24/7 operations staff) • more science is done (avoid delay of calling back to Earth) • improved safety (more proactive than just “safe mode”) But because APSs must operate in a wide range of circumstances – far too many to test, even if you could predict them all, how can you trust them to do the right thing? ? ? This work is pursuing a solution! SAS_05_Verifying_Autonomous_Planners_Smith

Consequences of a bad plan Wasted Resources How to get from A to B missed science goal ? out of resourc es SAS_05_Verifying_Autonomous_Planners_Smith

Consequences of a bad plan: Loss of Mission How to get from A to B ? SAS_05_Verifying_Autonomous_Planners_Smith

Relevance to NASA testi ng software complexity Testing methods must keep pace with the highly complex, autonomous systems we need and are developing. • APS are needed by NASA projects to reduce operations costs and meet science return requirements. • Our work retires an important class of risks inherent to all missions using APS. – we replace an inadequate testing method with a method that has greatly improved and measurable test coverage. SAS_05_Verifying_Autonomous_Planners_Smith

Where we are Going • Our goal: to improve APS testing capabilities which have been an impediment to the acceptance of APS for other than experimental use. • How we will get there: – complete implementation of a set of tools to fully automate model checking of APS models – improve coverage from hundreds of test cases to billions of test cases. SAS_05_Verifying_ Autonomous_Planners_Smith