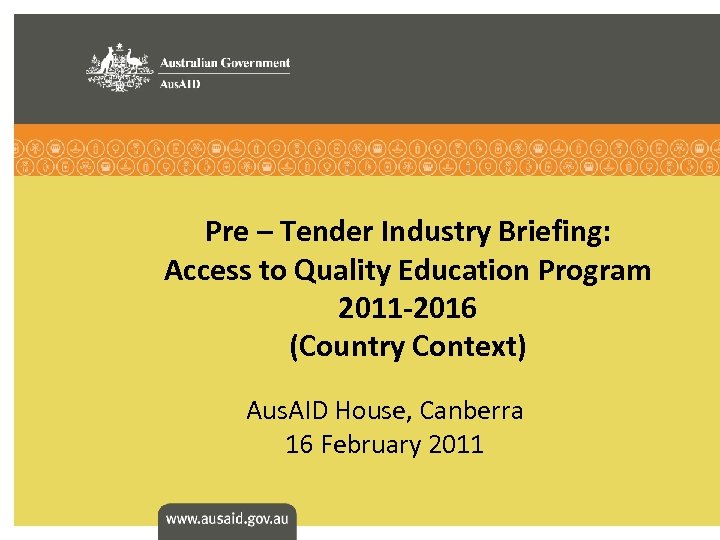 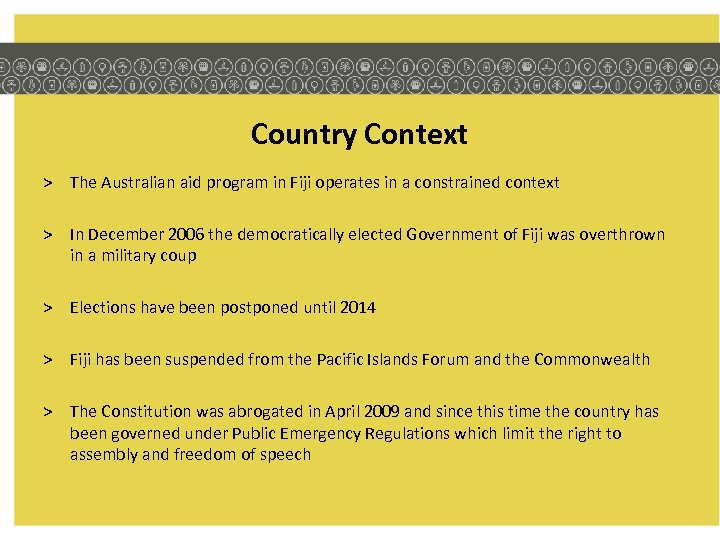 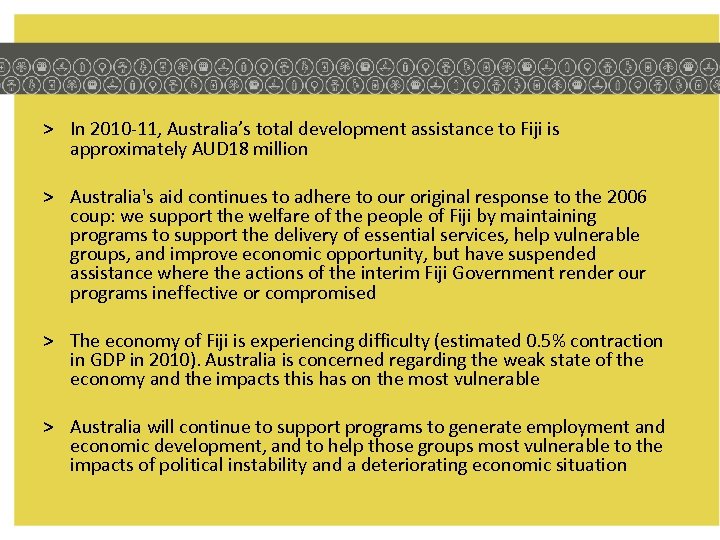 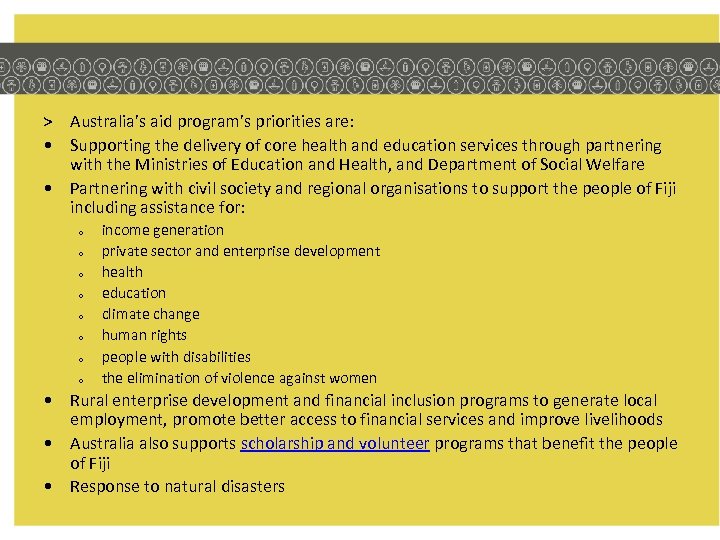 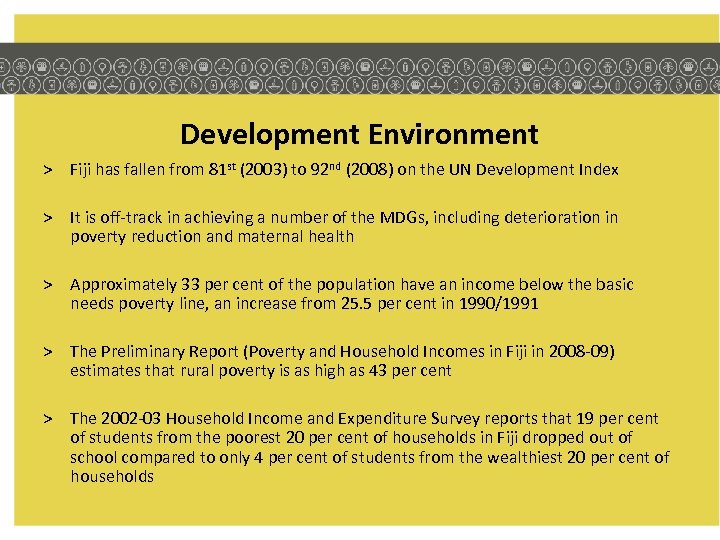 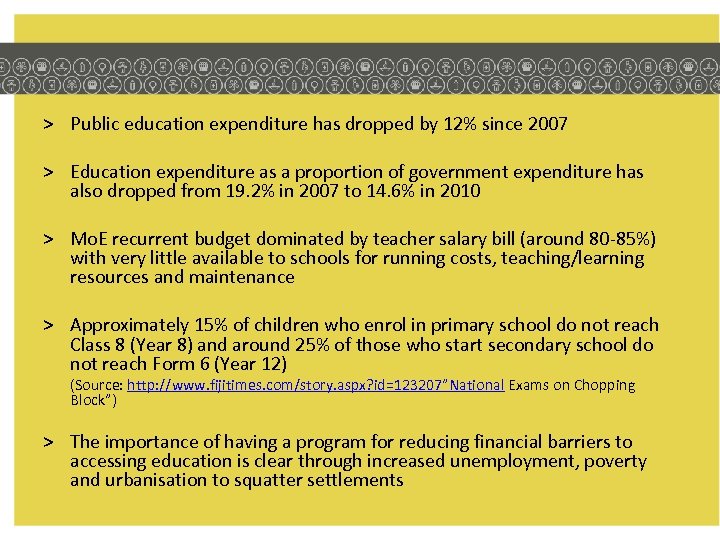 > In 2010 -11, Australia’s total development assistance to Fiji is approximately AUD 18 million > Australia's aid continues to adhere to our original response to the 2006 coup: we support the welfare of the people of Fiji by maintaining programs to support the delivery of essential services, help vulnerable groups, and improve economic opportunity, but have suspended assistance where the actions of the interim Fiji Government render our programs ineffective or compromised > The economy of Fiji is experiencing difficulty (estimated 0. 5% contraction in GDP in 2010). Australia is concerned regarding the weak state of the economy and the impacts this has on the most vulnerable > Australia will continue to support programs to generate employment and economic development, and to help those groups most vulnerable to the impacts of political instability and a deteriorating economic situation

Development Environment > Fiji has fallen from 81 st (2003) to 92 nd (2008) on the UN Development Index > It is off-track in achieving a number of the MDGs, including deterioration in poverty reduction and maternal health > Approximately 33 per cent of the population have an income below the basic needs poverty line, an increase from 25. 5 per cent in 1990/1991 > The Preliminary Report (Poverty and Household Incomes in Fiji in 2008 -09) estimates that rural poverty is as high as 43 per cent > The 2002 -03 Household Income and Expenditure Survey reports that 19 per cent of students from the poorest 20 per cent of households in Fiji dropped out of school compared to only 4 per cent of students from the wealthiest 20 per cent of households

> Public education expenditure has dropped by 12% since 2007 > Education expenditure as a proportion of government expenditure has also dropped from 19. 2% in 2007 to 14. 6% in 2010 > Mo. E recurrent budget dominated by teacher salary bill (around 80 -85%) with very little available to schools for running costs, teaching/learning resources and maintenance > Approximately 15% of children who enrol in primary school do not reach Class 8 (Year 8) and around 25% of those who start secondary school do not reach Form 6 (Year 12) (Source: http: //www. fijitimes. com/story. aspx? id=123207”National Exams on Chopping Block”) > The importance of having a program for reducing financial barriers to accessing education is clear through increased unemployment, poverty and urbanisation to squatter settlements