Portrait of Terentius Neo and his Wife 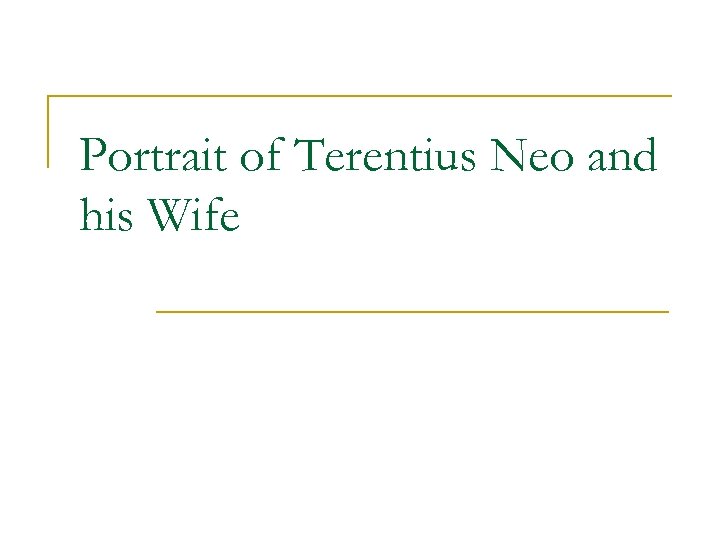 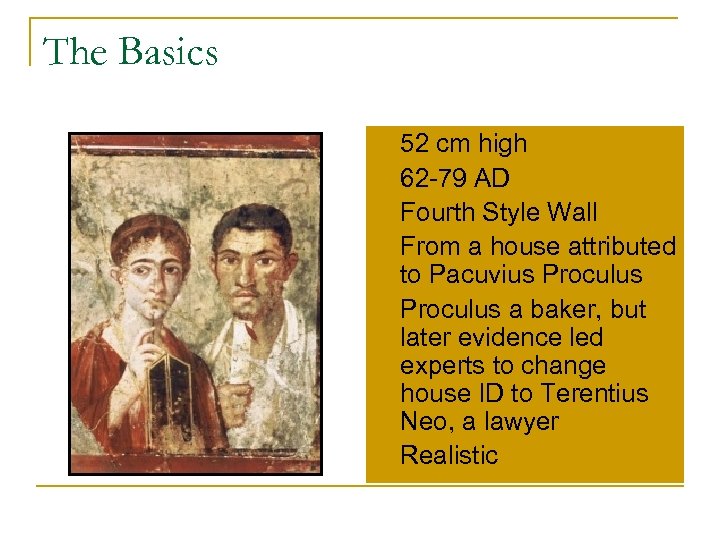 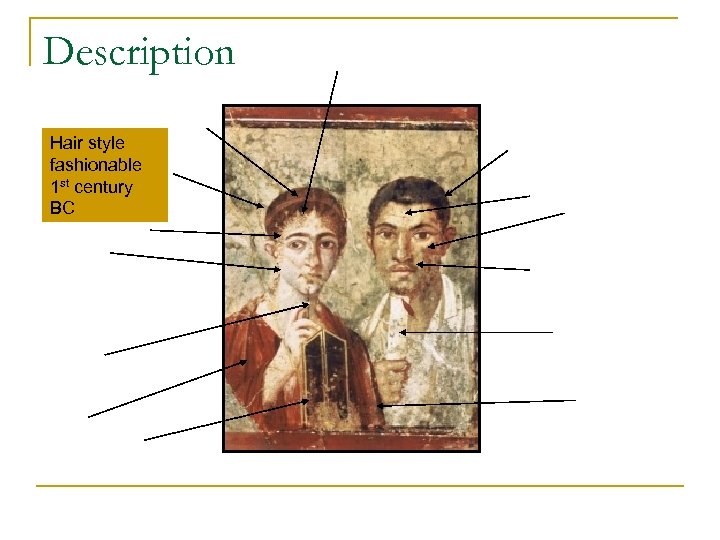 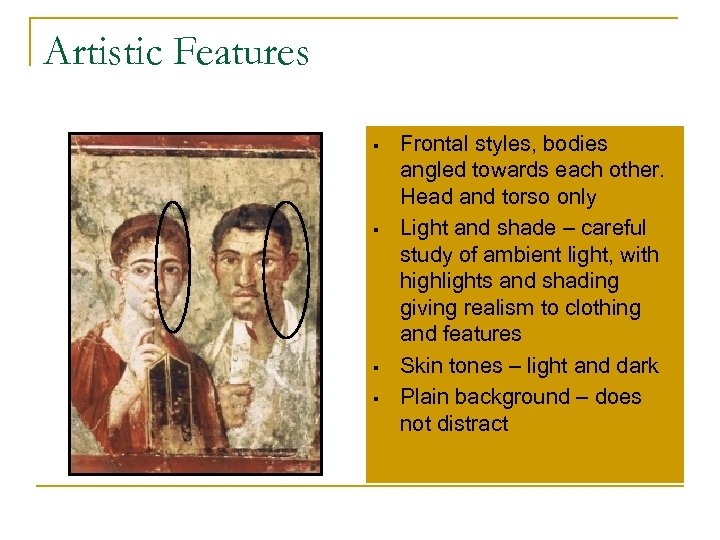 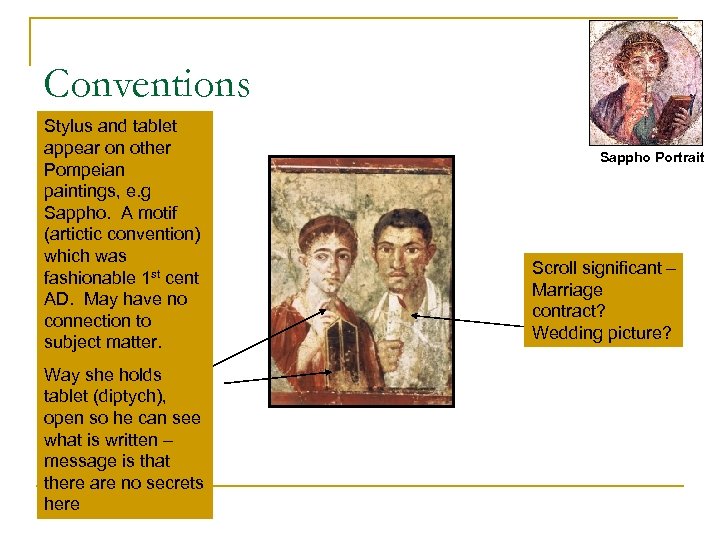 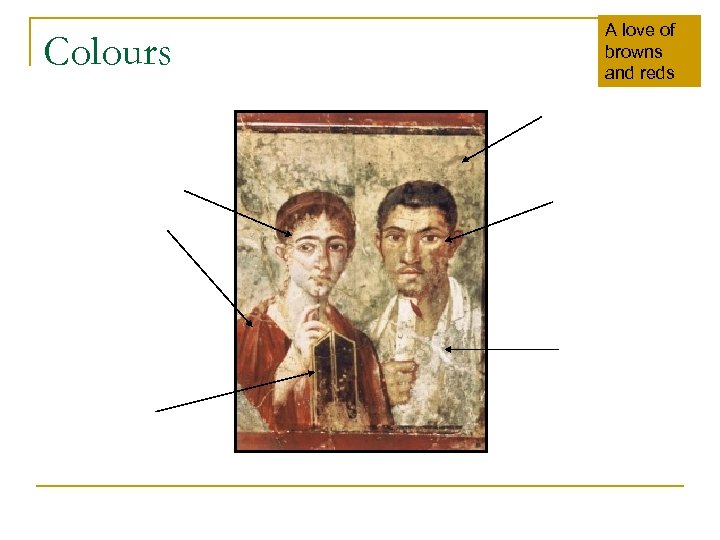 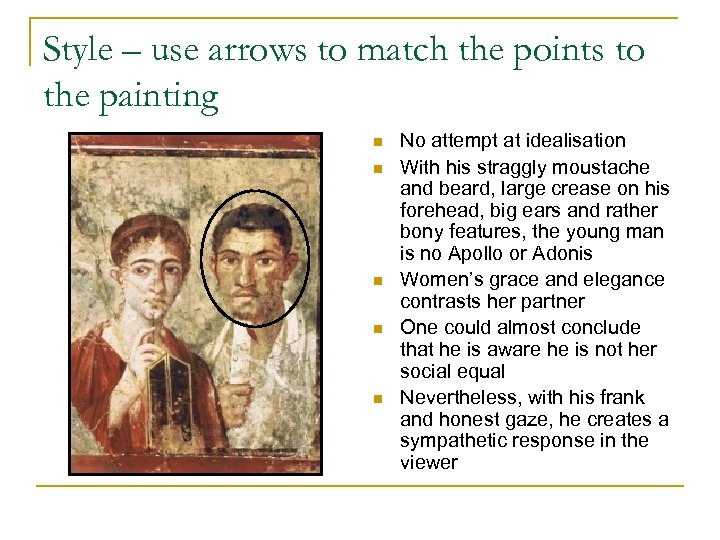 Скачать презентацию Portrait of Terentius Neo and his Wife

Portrait of Terentius Neo and his Wife

Artistic Features § § Frontal styles, bodies angled towards each other. Head and torso only Light and shade – careful study of ambient light, with highlights and shading giving realism to clothing and features Skin tones – light and dark Plain background – does not distract

Conventions Stylus and tablet appear on other Pompeian paintings, e. g Sappho. A motif (artictic convention) which was fashionable 1 st cent AD. May have no connection to subject matter. Way she holds tablet (diptych), open so he can see what is written – message is that there are no secrets here Sappho Portrait Scroll significant – Marriage contract? Wedding picture?

Colours A love of browns and reds

Style – use arrows to match the points to the painting n n n No attempt at idealisation With his straggly moustache and beard, large crease on his forehead, big ears and rather bony features, the young man is no Apollo or Adonis Women’s grace and elegance contrasts her partner One could almost conclude that he is aware he is not her social equal Nevertheless, with his frank and honest gaze, he creates a sympathetic response in the viewer